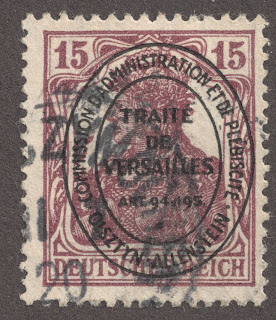 1920 Scott 18 15pf dark violet
Overprinted "Traite De Versailles"
Quick History
In 1920, a plebiscite was held under the Versailles Treaty  to determine if Allenstein would join East Prussia or Poland. 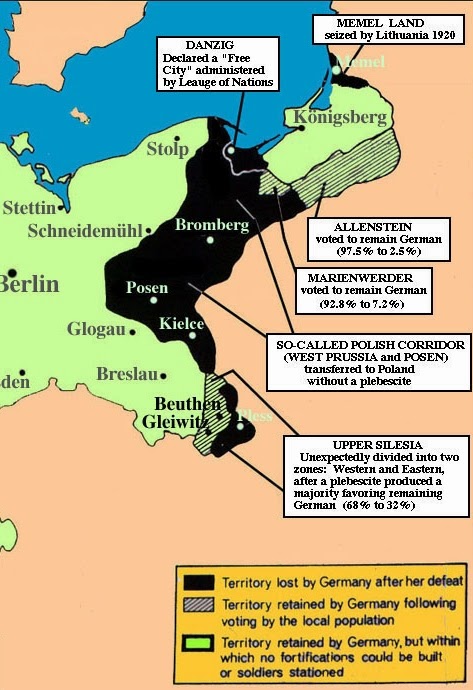 Allenstein (in gray)
Retained by Germany following a vote (plebiscite)
These stamps issued in 1920 were part of the propaganda. Allenstein, population 500,000 then, did in fact become part of the German Republic that year. In 1945 after WWII, Allenstein (Olsztyn) became part of Poland. 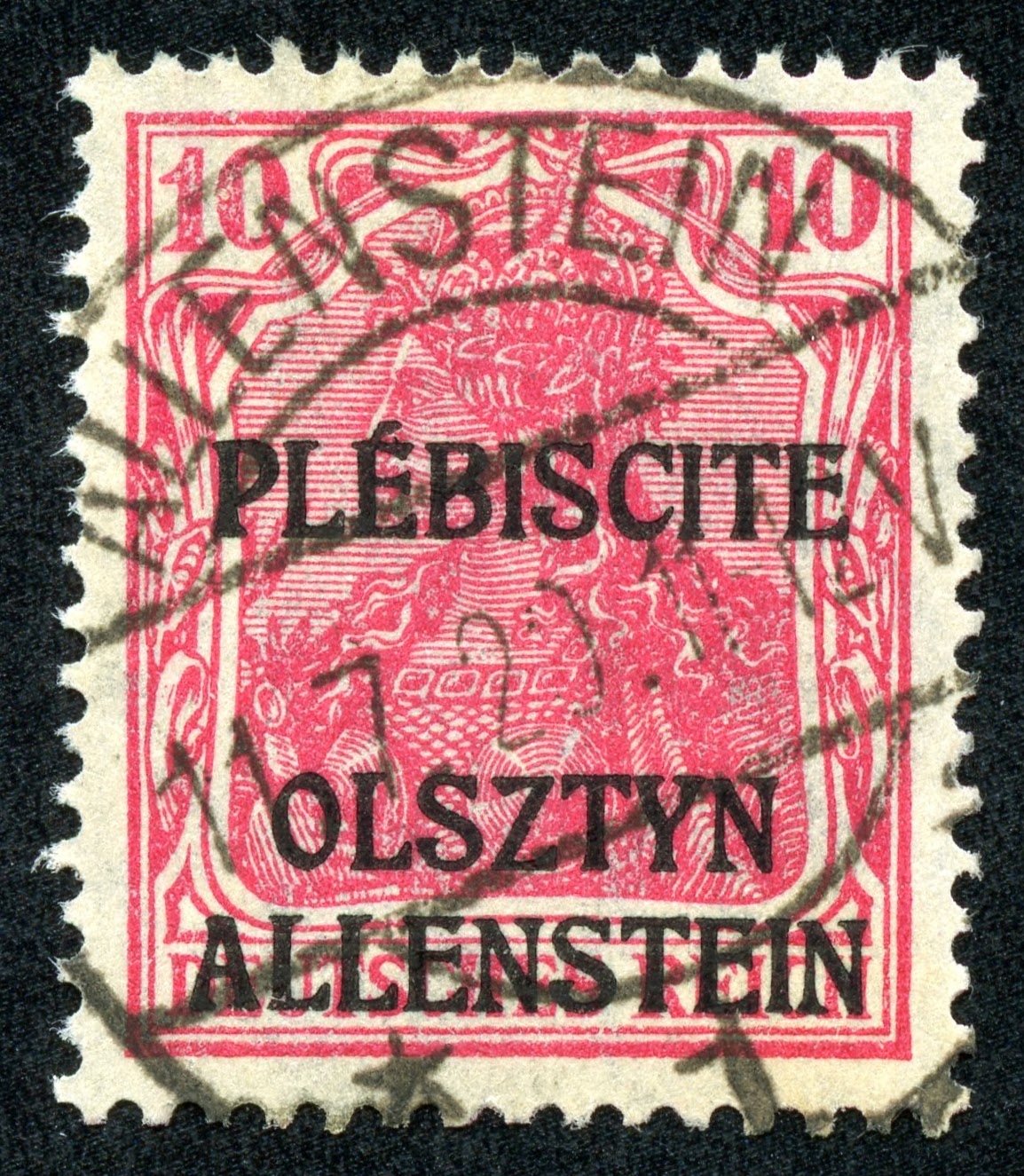 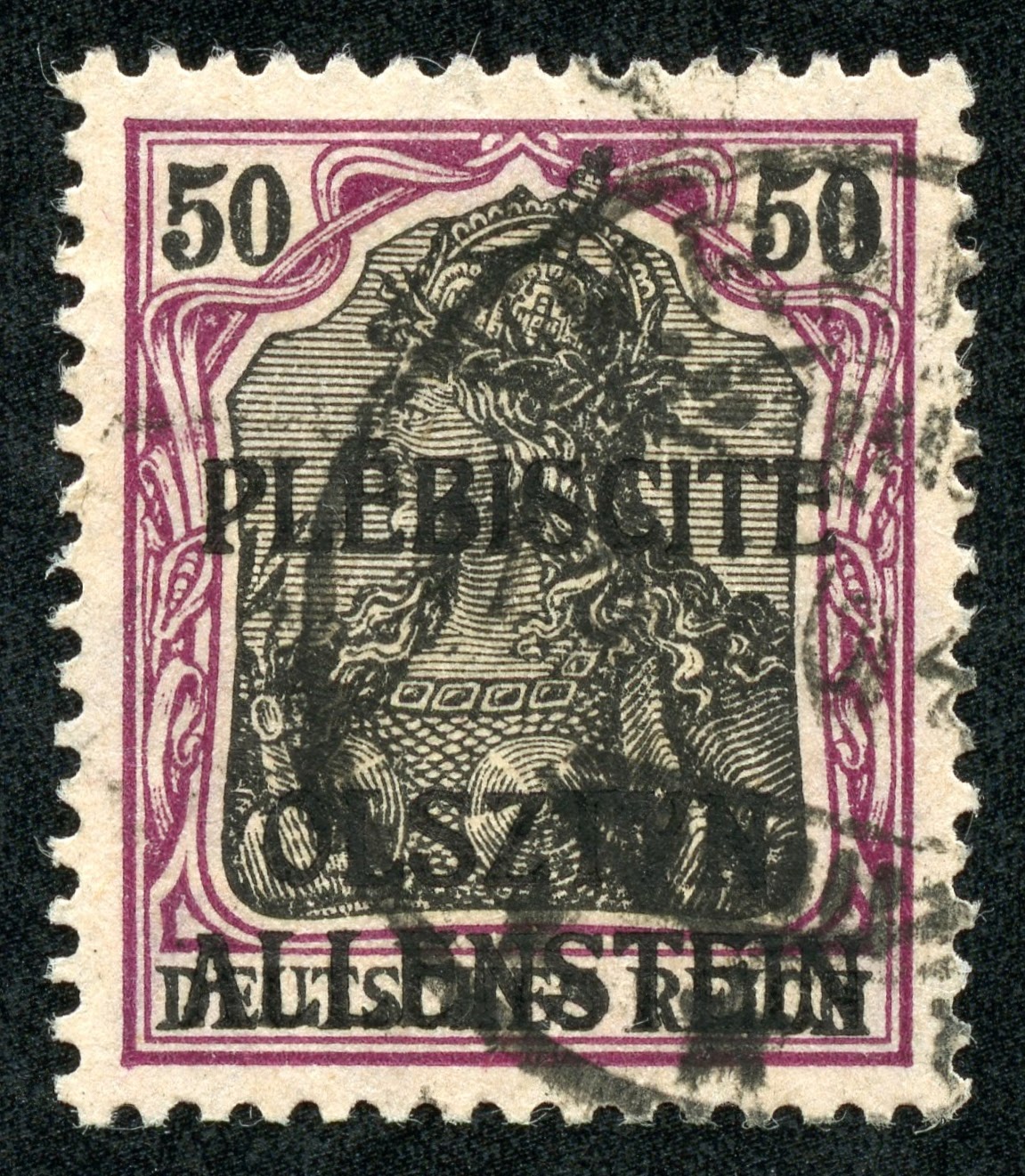 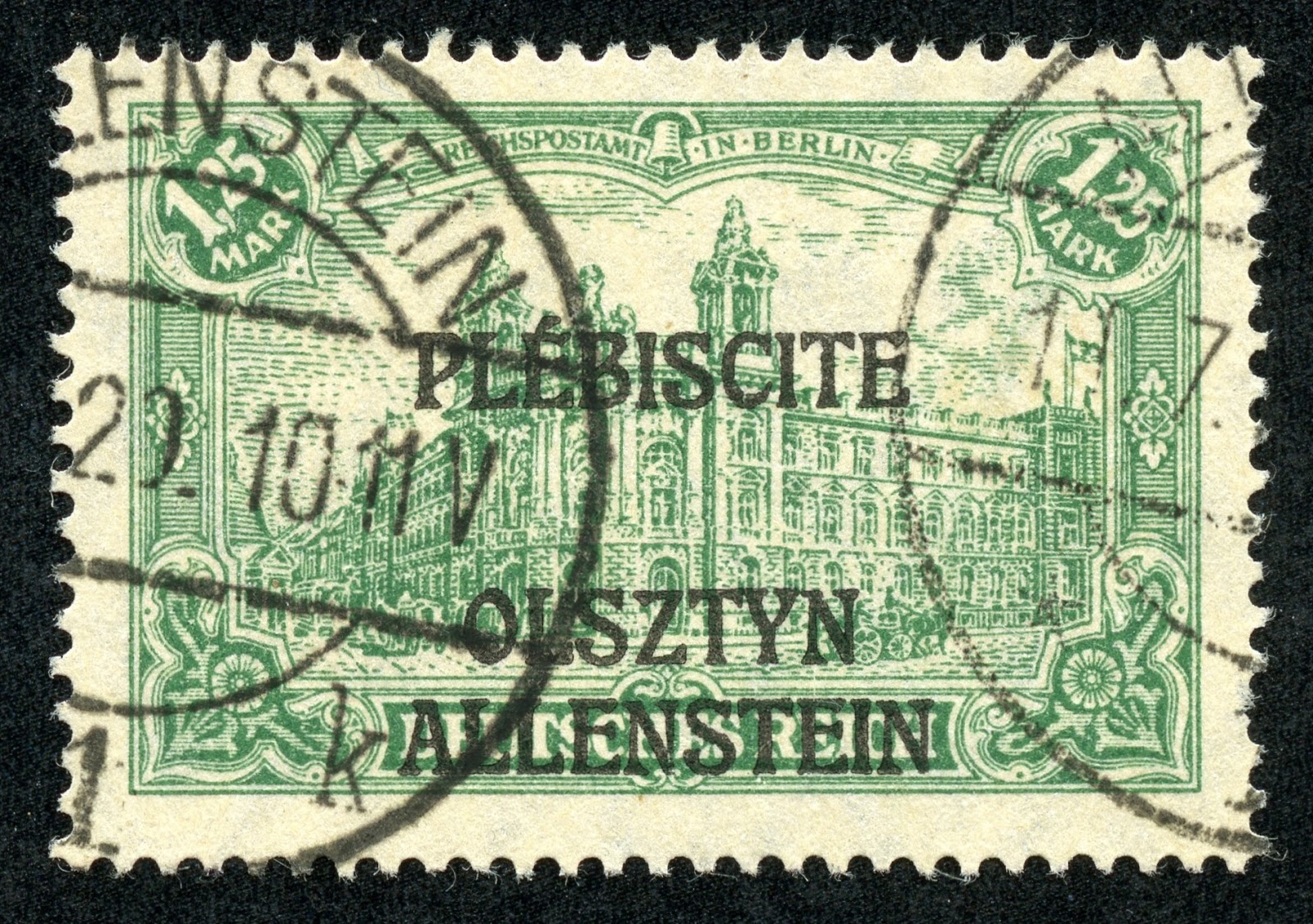 1920 Scott 11 1.25m green, overprinted
On July 11, 1920, 97% voted for East Prussia. Apparently, some Poles boycotted the election, and other Poles voted for Germany in fear that Poland might fall to Soviet Russia. 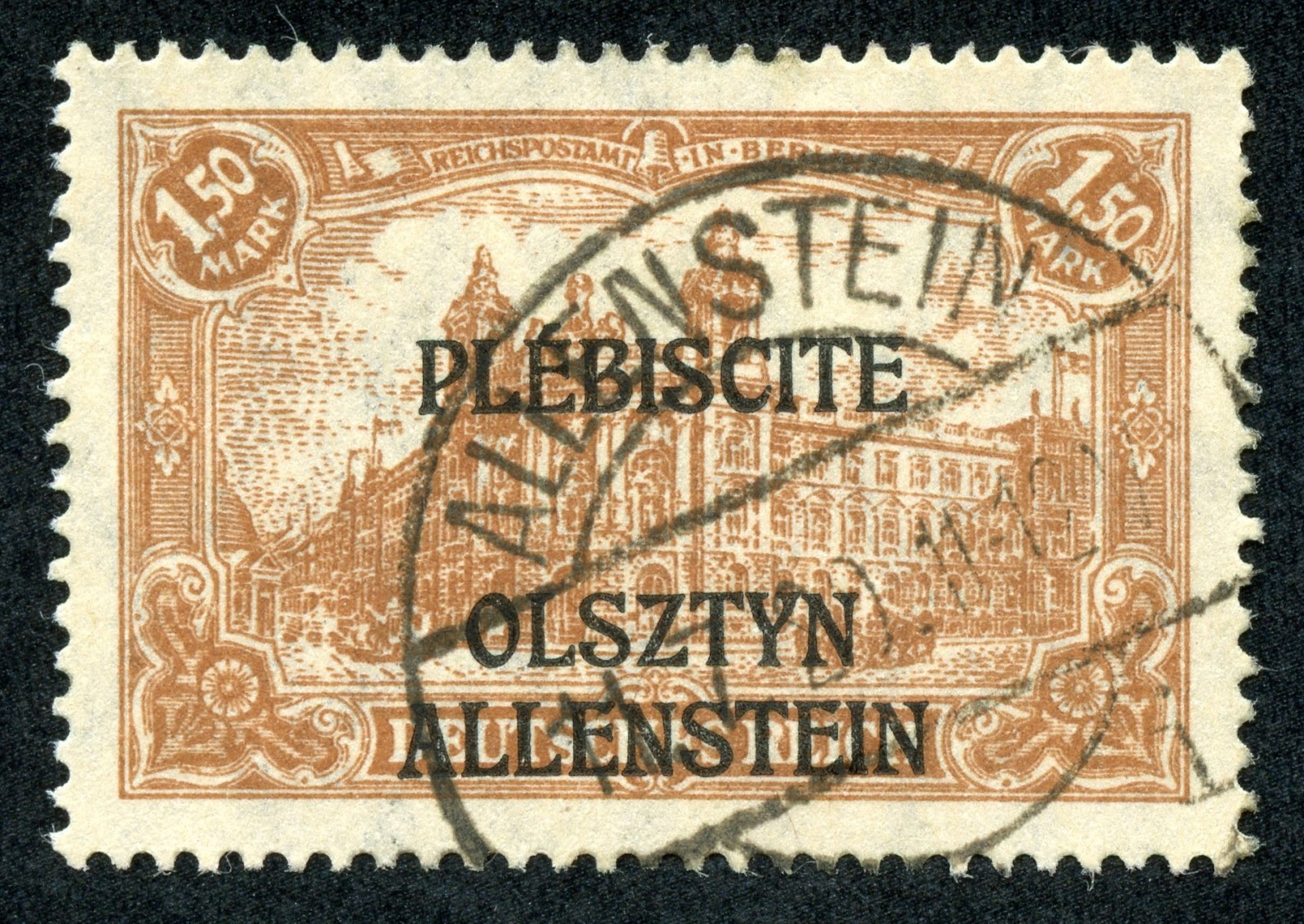 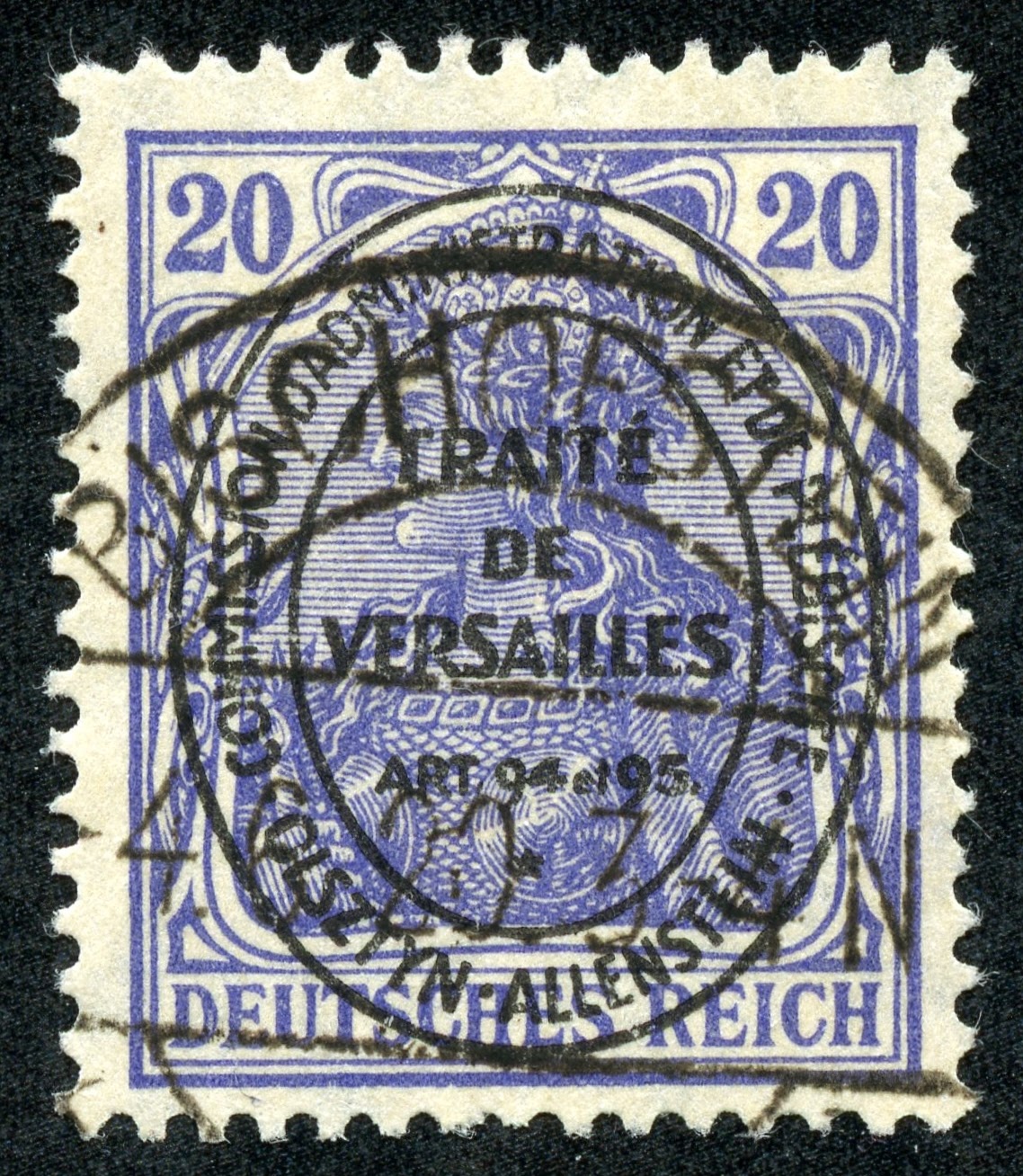 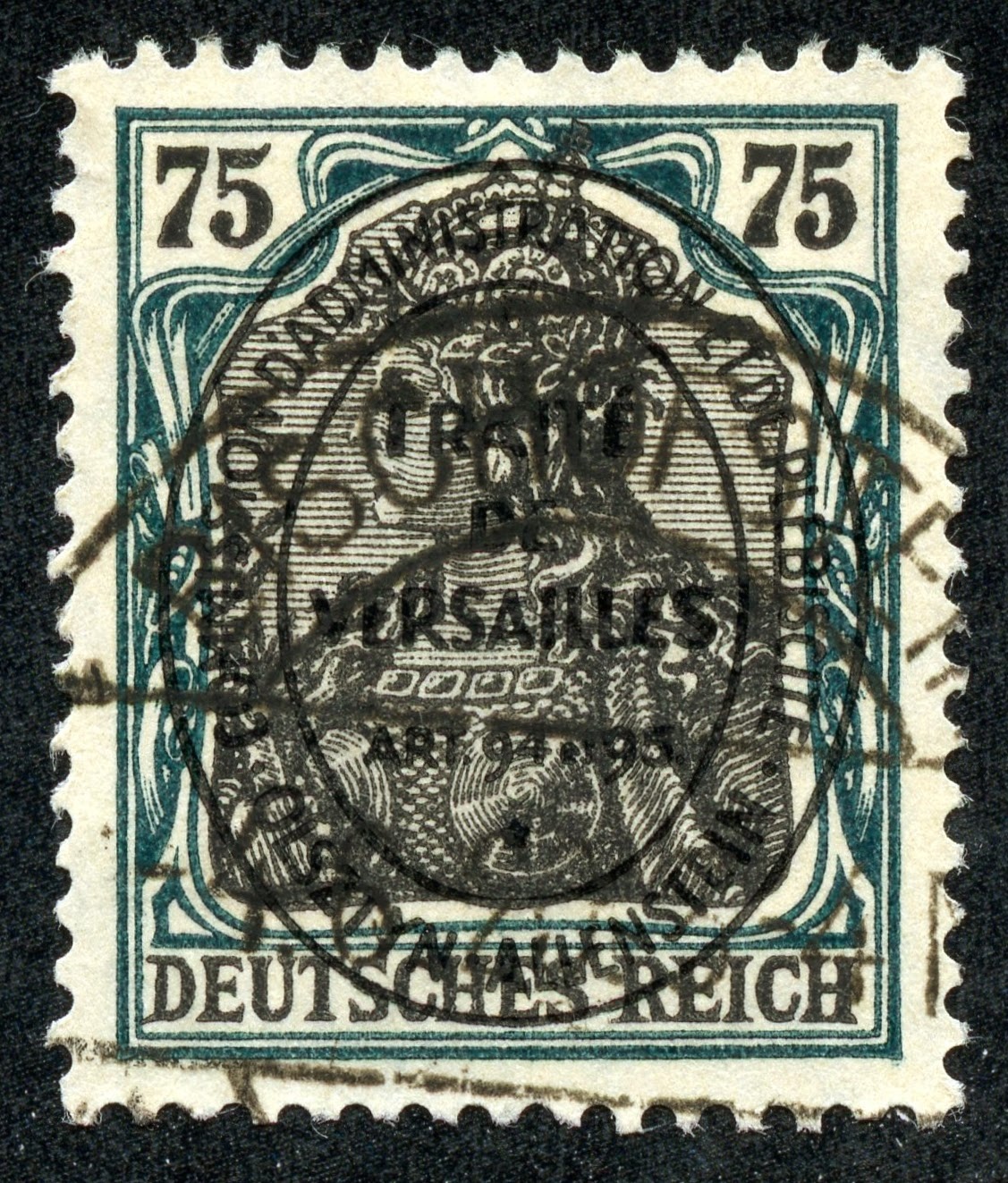 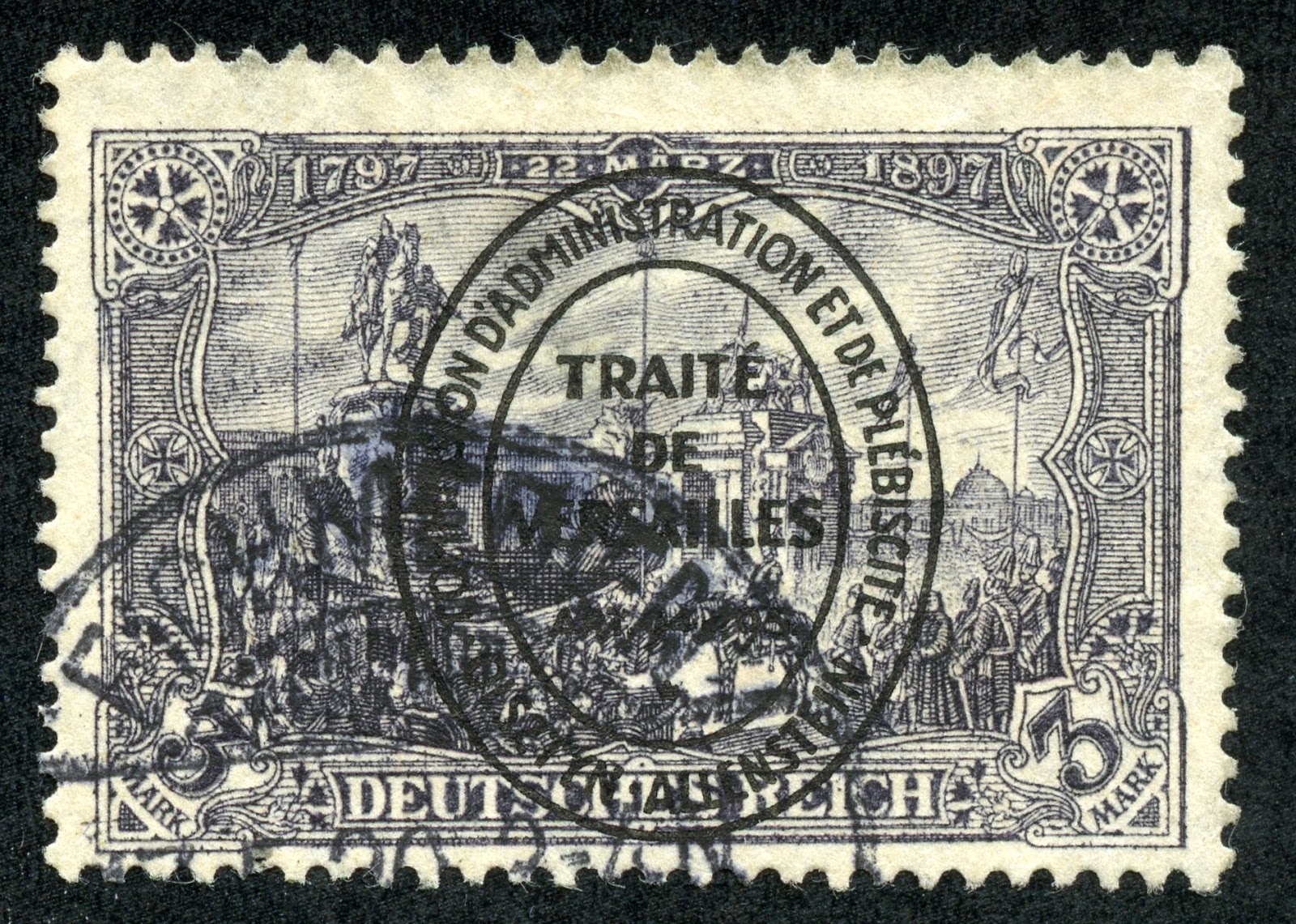 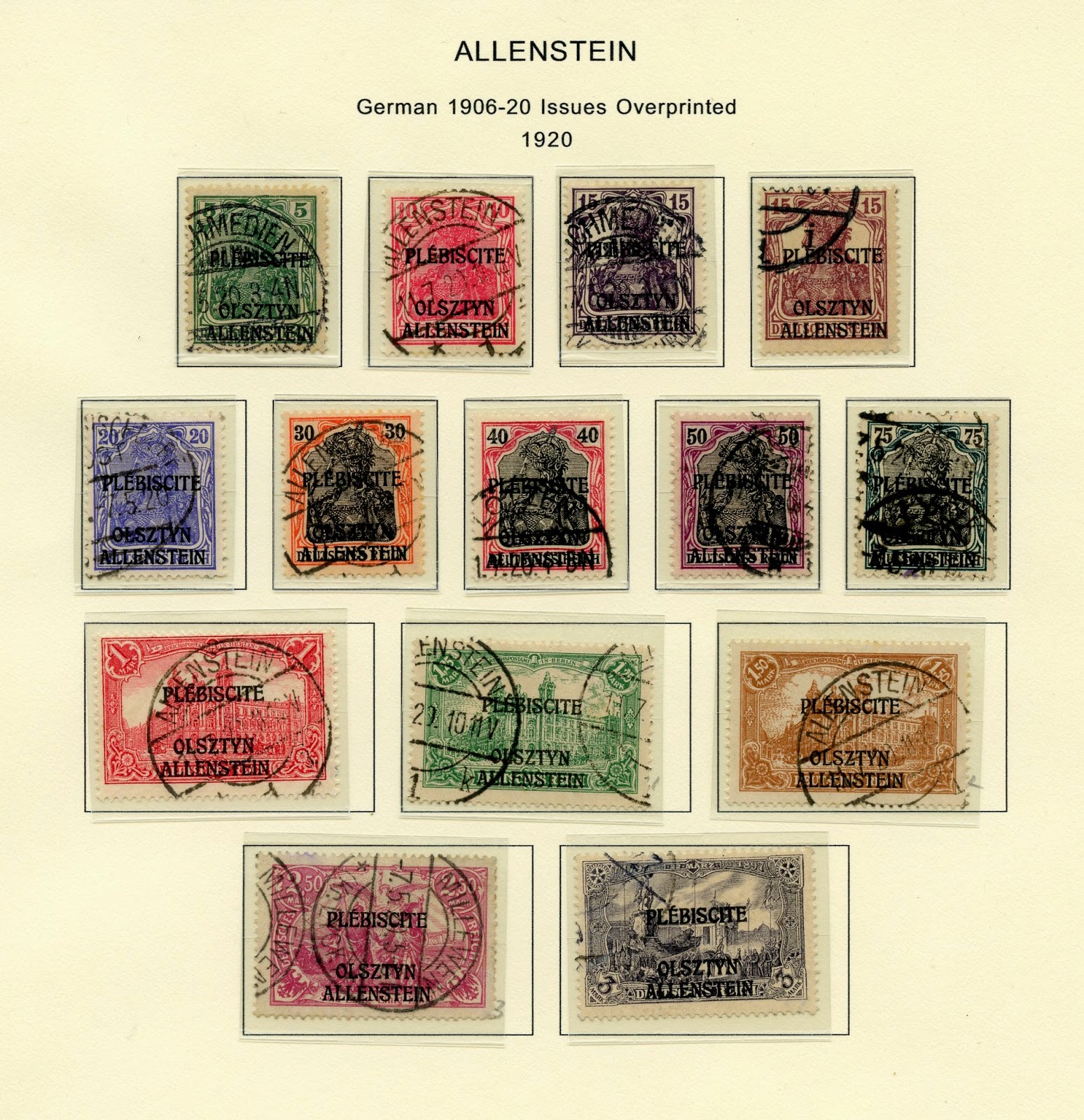 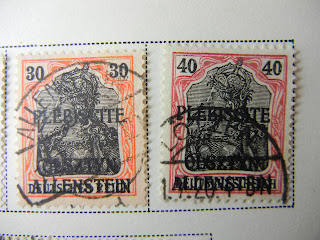 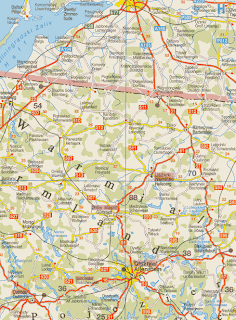 2.50m lilac rose & 1m carmine rose
Allenstein voted to join Germany rather than Poland
Kinds of Blue
The 1997 edition and the 1969 edition are identical.
Compared to the 1969 edition, both the 1947 and 1941 editions have the same coverage. 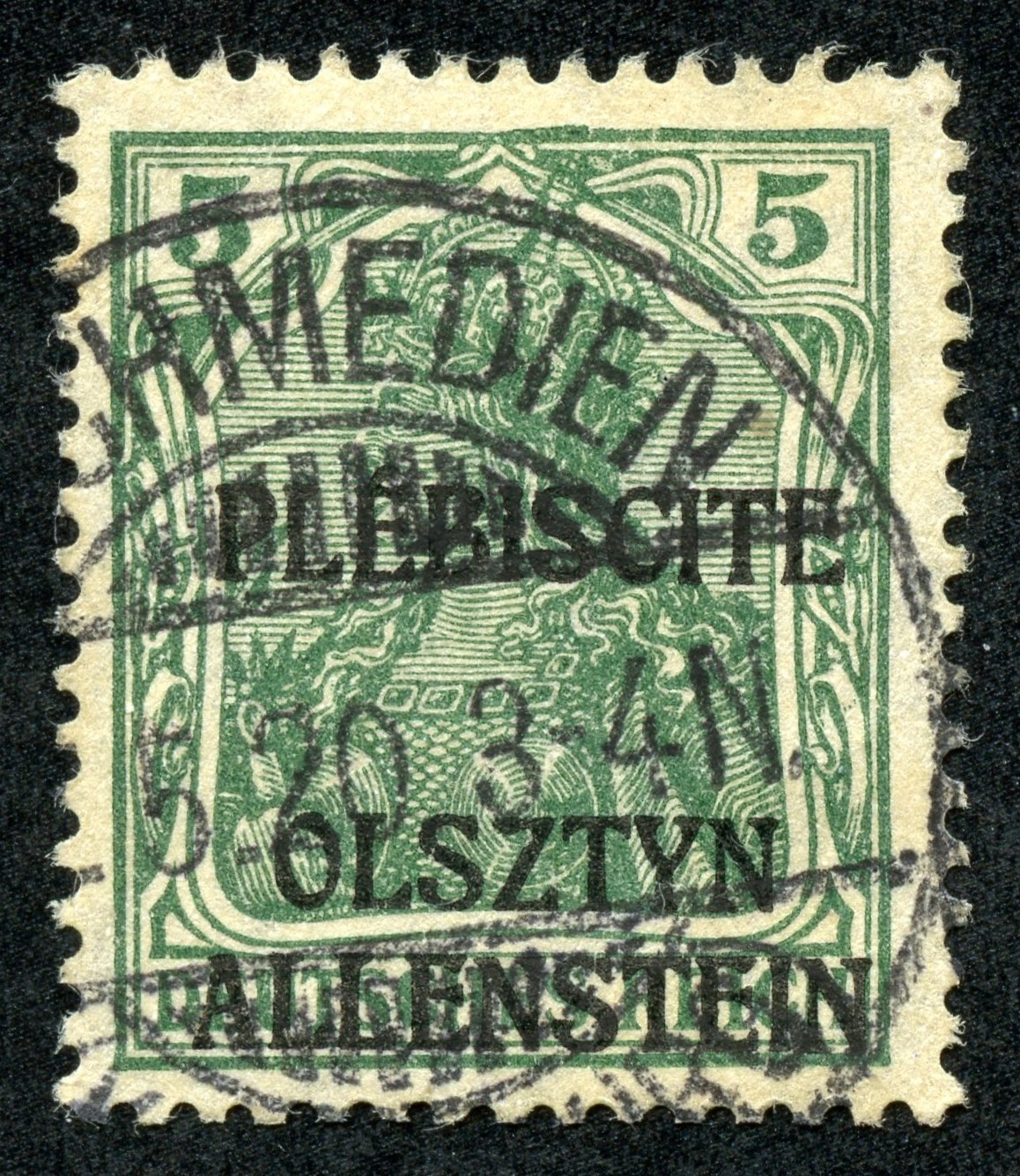 1920 Scott 1 5pf green
Stamps of Germany 1906-20 Overprinted
Bottom Blue Line
Nice propaganda stamps, and 100% coverage including a $20 valuation (Scott 18). What is curious about Big Blue is the inconsistency from country to country. C'est la vie.

Note: Maps appears to be in public domain. I wish to acknowledge Dead Country Stamps website ( http://www.dcstamps.com/?p=217 ) as the source for the Allenstein plebiscite map.