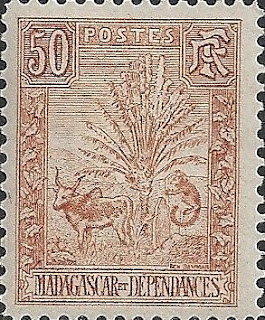 When a country’s stamp bore me, I usually default to interesting pics of post offices or mail carriers to illustrate Bud’s Big Blue observations. Madagascar has both handsome stamps and impressive colonial post offices, so I’ll use one of each for this post.


Although Madagascar’s 1930-44 series has the more artful designs, featuring, as they do, Madagascar’s diverse peoples of East Asian descent and their Zebus (see page 3), I find the earlier (1903) series with a zebu, traveler’s tree, and lemur more intriguing. Perhaps it’s because my uncle had a nasty Brahman bull when I was a kid, the hump shouldered American Brahman breed being a relative of the zebu. Moreover, anthropologists say the lemur is a distant cousin of all human beings. So, for me, it’s a picture for my family album. A lemur can be found on no other classical era stamps and, sadly, is currently endangered.

Towering over the zebu and lemur is a traveler’s tree (ravenala), so called because its gigantic paddle-like leaves usually grow in an east-west line, a handy compass for those without one. The ravenala also stores rain water at the base of its leaves. It’s potable, perhaps, but blackish and foul smelling. The lemur climbs what appears to be a gravestone reminiscent of Madagascar’s famous pirate cemetery. No visible cross bones, though, nor sculls.

Ben Damman provided the illustration. His signature (right bottom) is barely discernable. Not one of his better efforts, this stamp was probably engraved in Paris as was his several other French colonial stamp designs.  Damman’s talent shows to better advantage in his illustrations for Edgar Allen Poe’s books.

Damman’s signature, the clearest I could find.

The post office I chose, another French colonial gem, is located in Antsirabe, a city with many pulled rikshaws and about a $40 taxi ride south from Antananarivo, Madagascar’s capitol. It got tarted up after Madagascar’s liberation (1960), and lost its verandas. 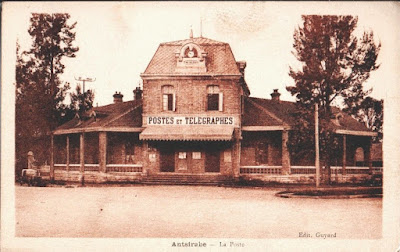 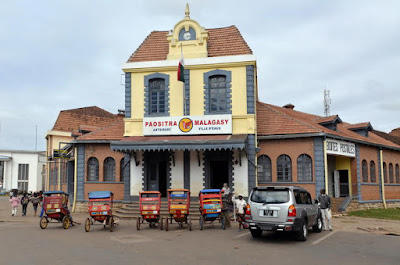 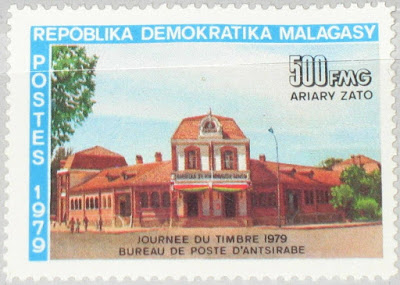 Census: 144 in BB spaces, one tip in, 25 on the supplement page Ferris wheel plus eight others waiting to ride. (Madagascar has many hand-powered Ferris wheels, but none showing on stamps.)

Jim's Observations
Madagascar is the fourth largest island in the world, and is located off the coast of southeastern Africa. More importantly, Madagascar detached from India 88 million years ago, and consequently 90% of the wildlife is found nowhere else. 615 orchid species, 165 palm species, and 6 of the iconic baobob tree species are endemic to Madagascar. And lemurs, rather than monkeys, are found there.


The Malagasy people who now inhabit Madagascar arrived from South Borneo by outrigger canoes up through the sixth century.

But the French, in the scramble for Africa, beat out the British and established a protectorate in 1885 in a rather strong-armed way (Franco-Hova Wars).  And, finding continued Native resistance, they exiled Queen Ranavalona III to Reunion island, then Algeria, and dissolved the Merina monarchy. 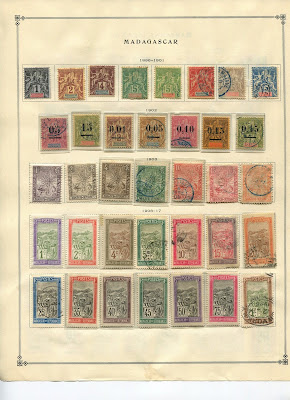 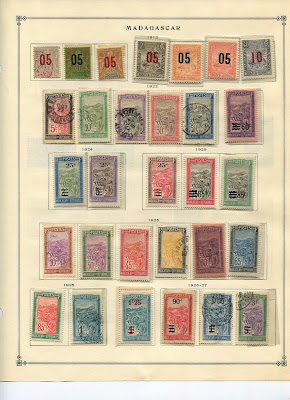 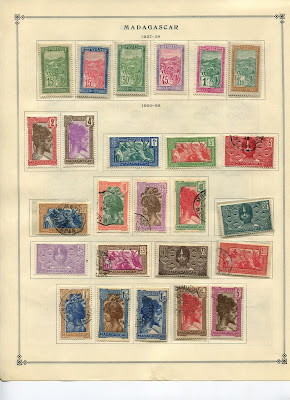 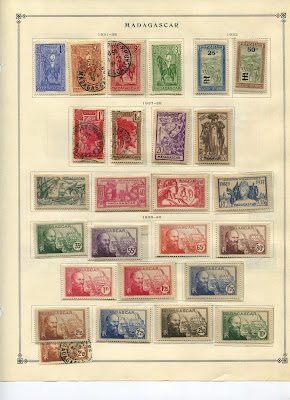 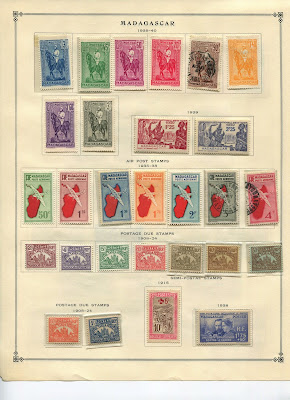 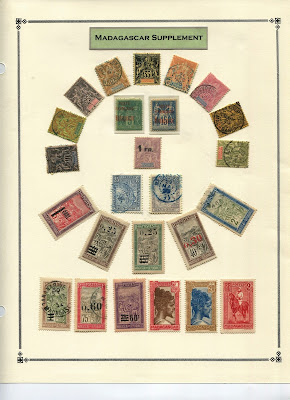 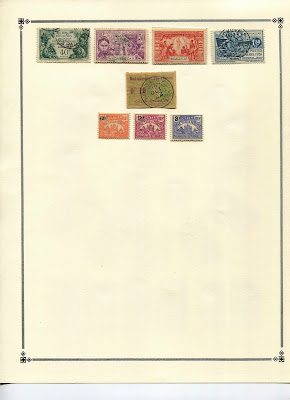 Comments appreciated!
Posted by Jim at 7:00 AM No comments: 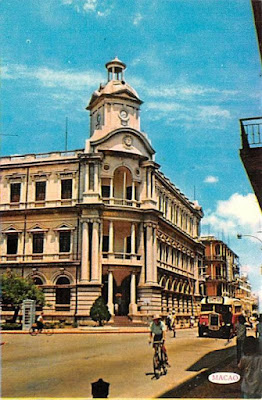 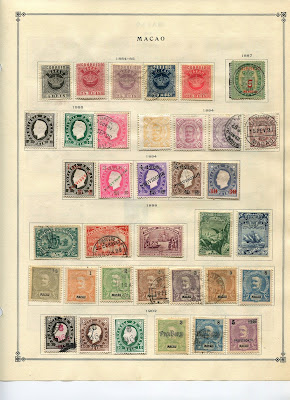 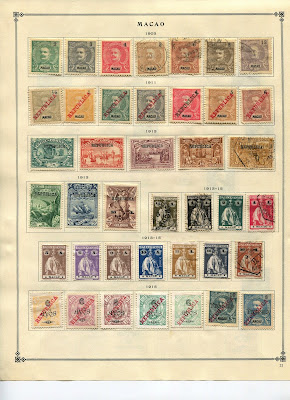 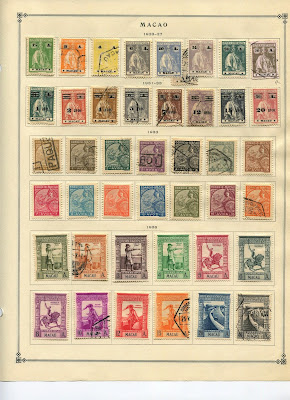 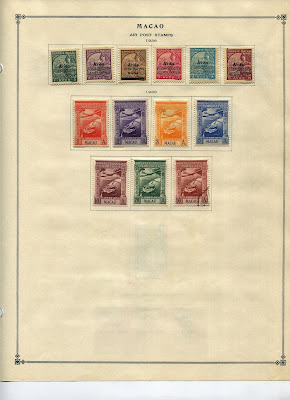 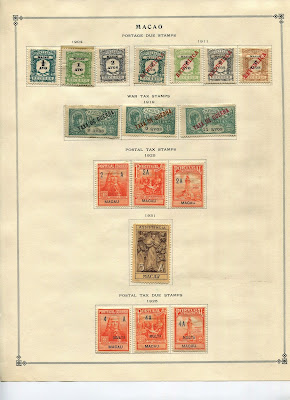 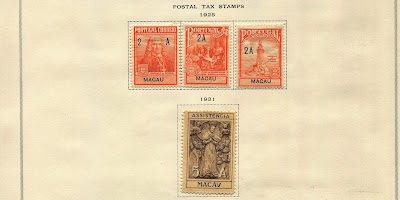 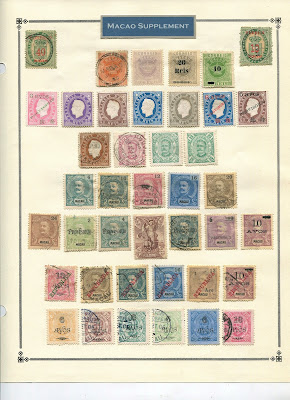 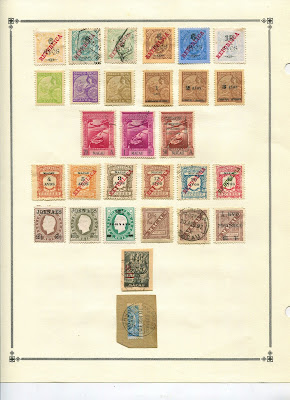 Comments appreciated!
Posted by Jim at 7:00 AM 3 comments: