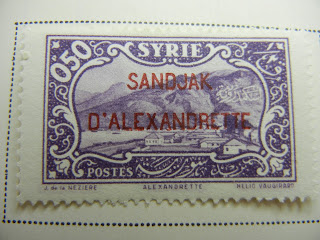 1938 Scott 3 50c violet overprinted in red
The French overprinted 1930-36 Syrian stamps
Quick History
Alexandretta was founded by Alexander the Great in 333 B.C. It is  located on the Mediterranean Sea in what is now known as Iskenderun in the Hatay Province of Turkey. After WW1, it was occupied by French troops, and in 1921 was establish as the Sanjak of Alexandretta within French controlled Syria. Population during the 1930s was 220,000.  The Syrian stamps of 1930-36 were overprinted or surcharged and used in 1938 in Alexandretta. The name was changed to Hatay in latter 1938, and stamps were issued under that name. Finally, France returned the territory to Turkey in 1939.

Trivia: In the Film "Indiana Jones and the Last Crusade", Jones claims the Holy Grail is in the "canyon of the crescent moon outside of Alexandretta" 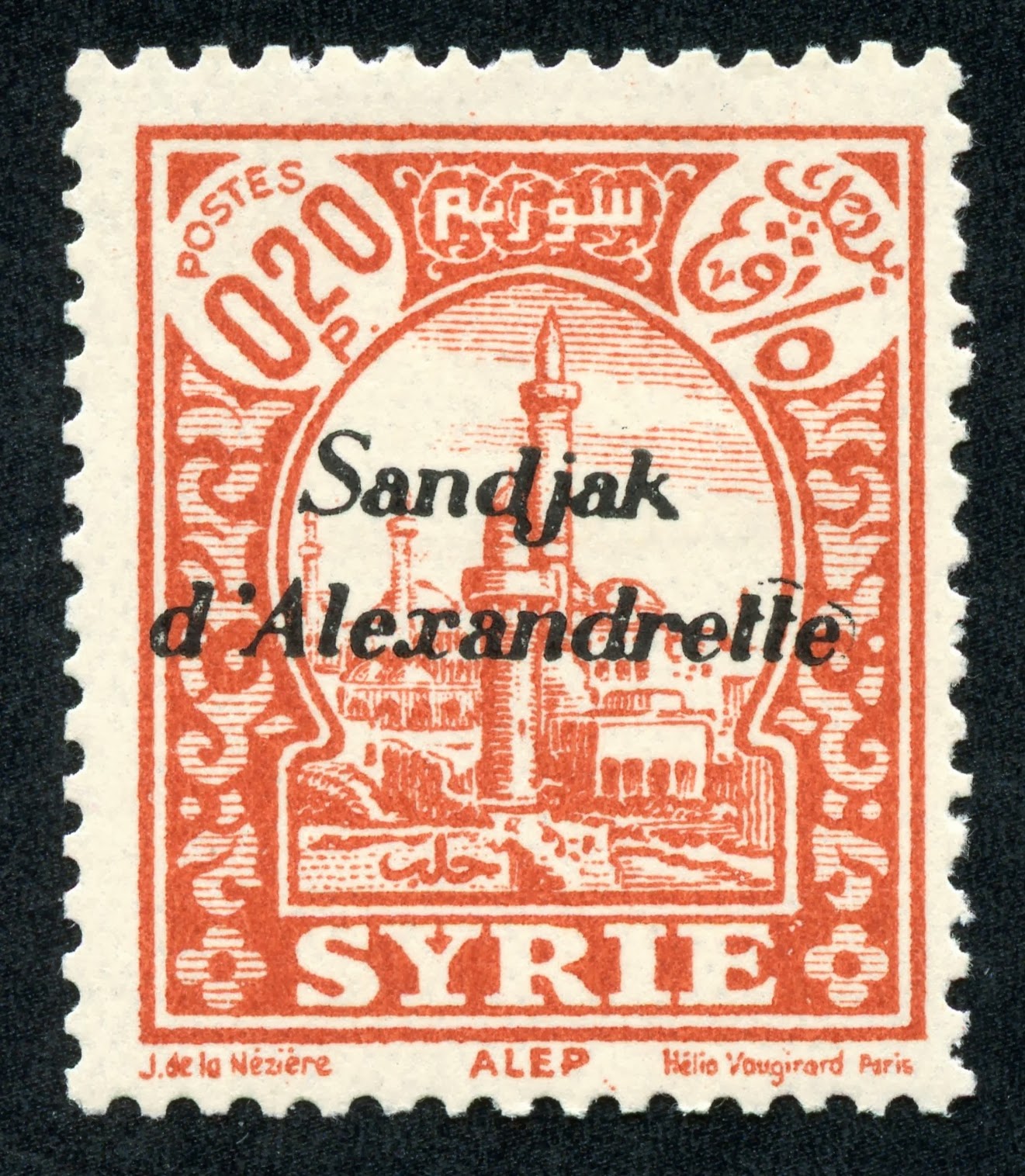 1938 Scott 2 20c brown orange
Into the Deep Blue
The 2011 Scott Classic Specialized catalogue has, for Alexandretta 1938, 17 regular, 8 air post, & 6 postage due major descriptions. Total = 31 stamps. Of those, thirteen (42%) are CV $3-$4+. There are no $1-$2 CV stamps for Alexandretta, but raising the bar slightly does yield a representative selection for the WW classical collector. 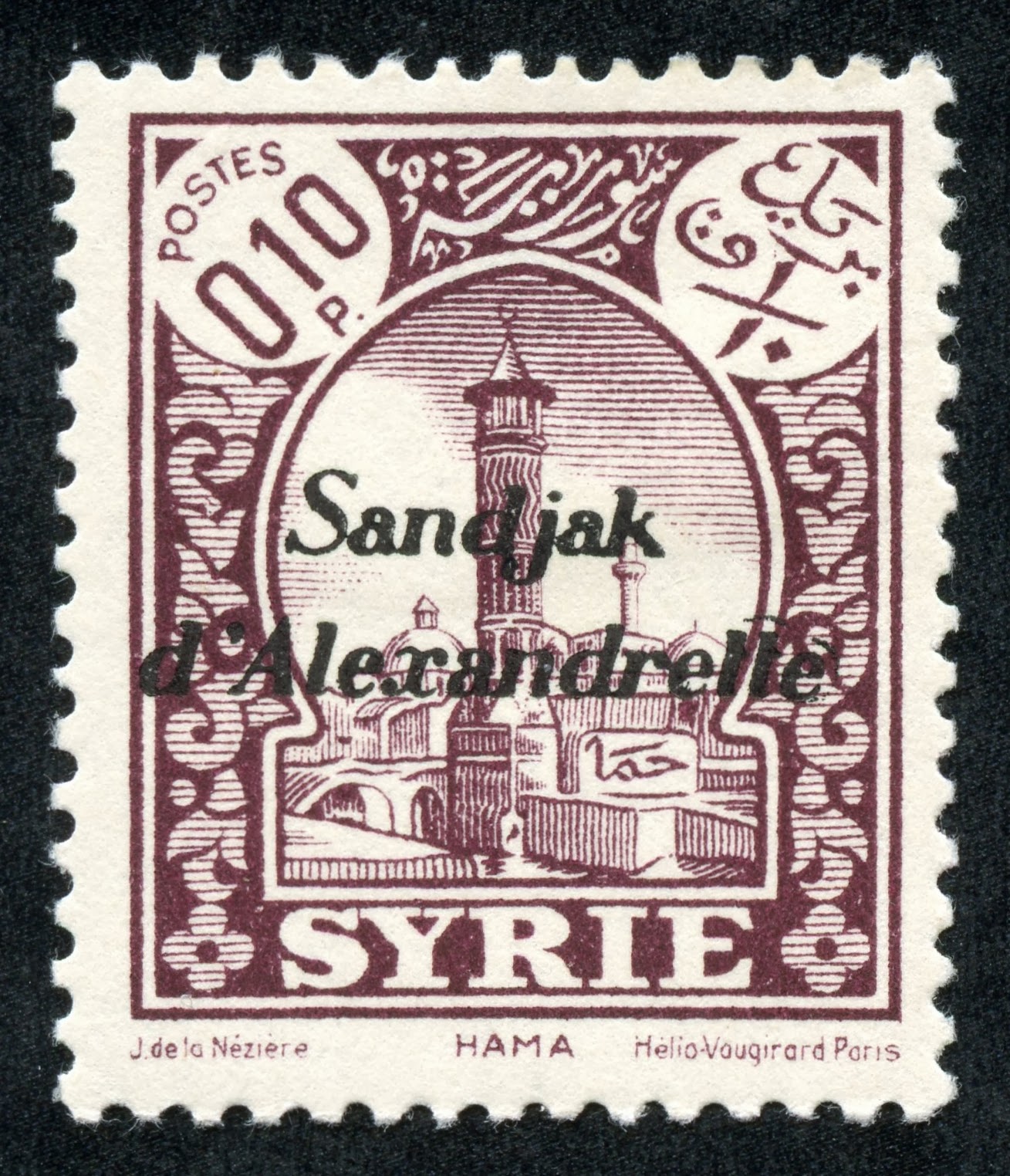 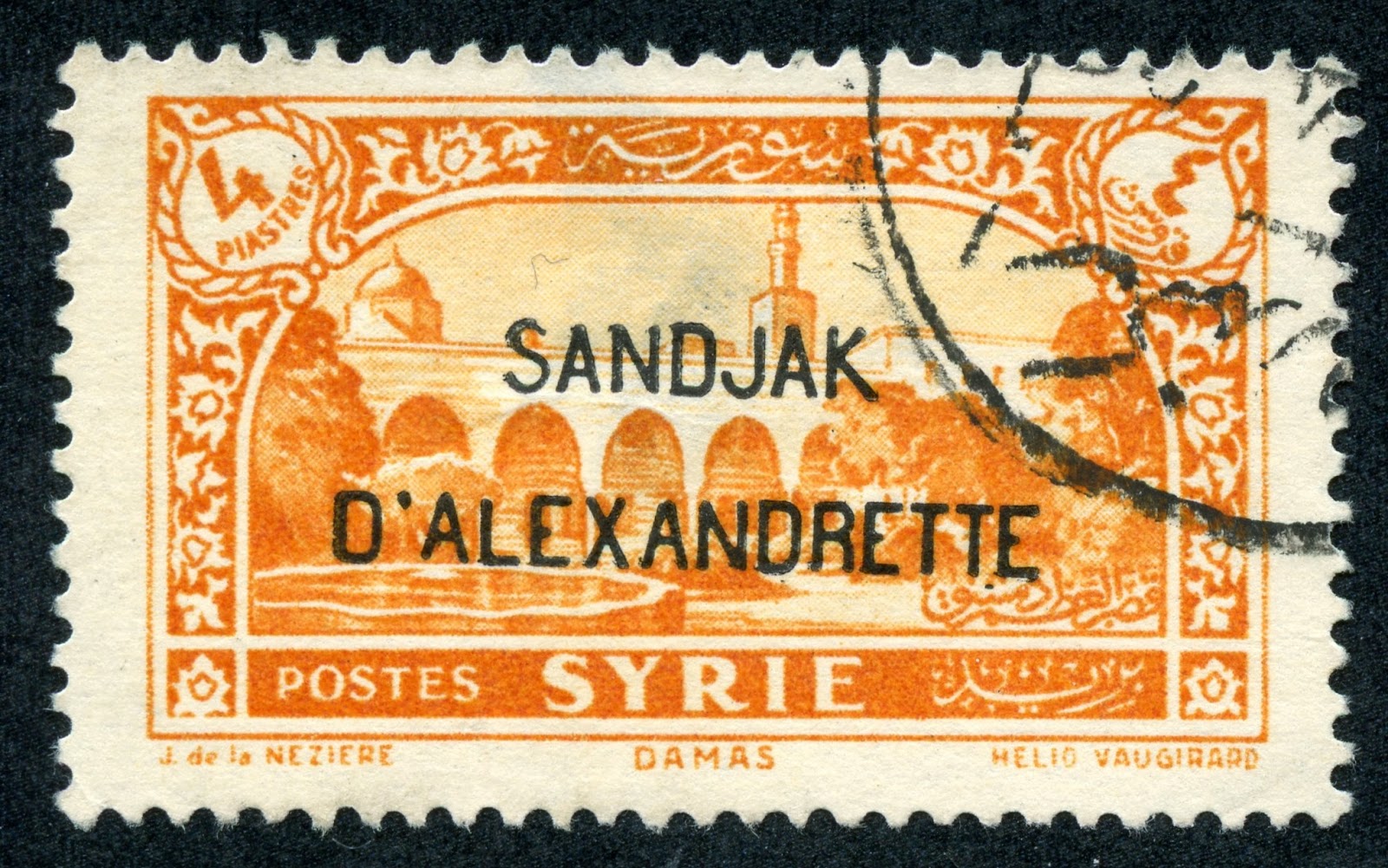 1938 Scott 7 4p yellow orange
"Square at Damascus"
As the territory was on the border between Turkey and Syria, one would expect a fight over which nation would obtain sovereignty. If you wish to read more about the machinations, view my Hatay post. 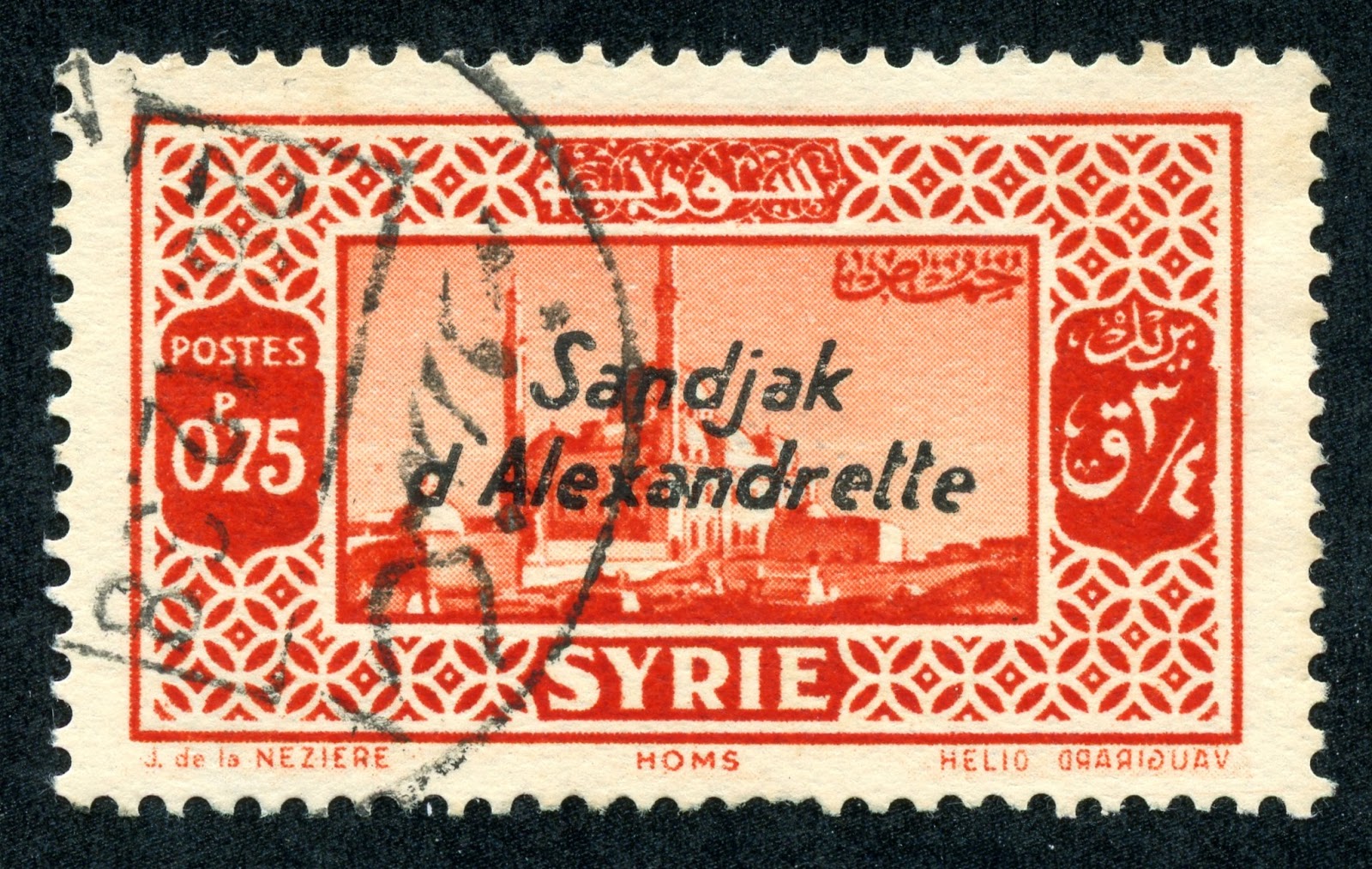 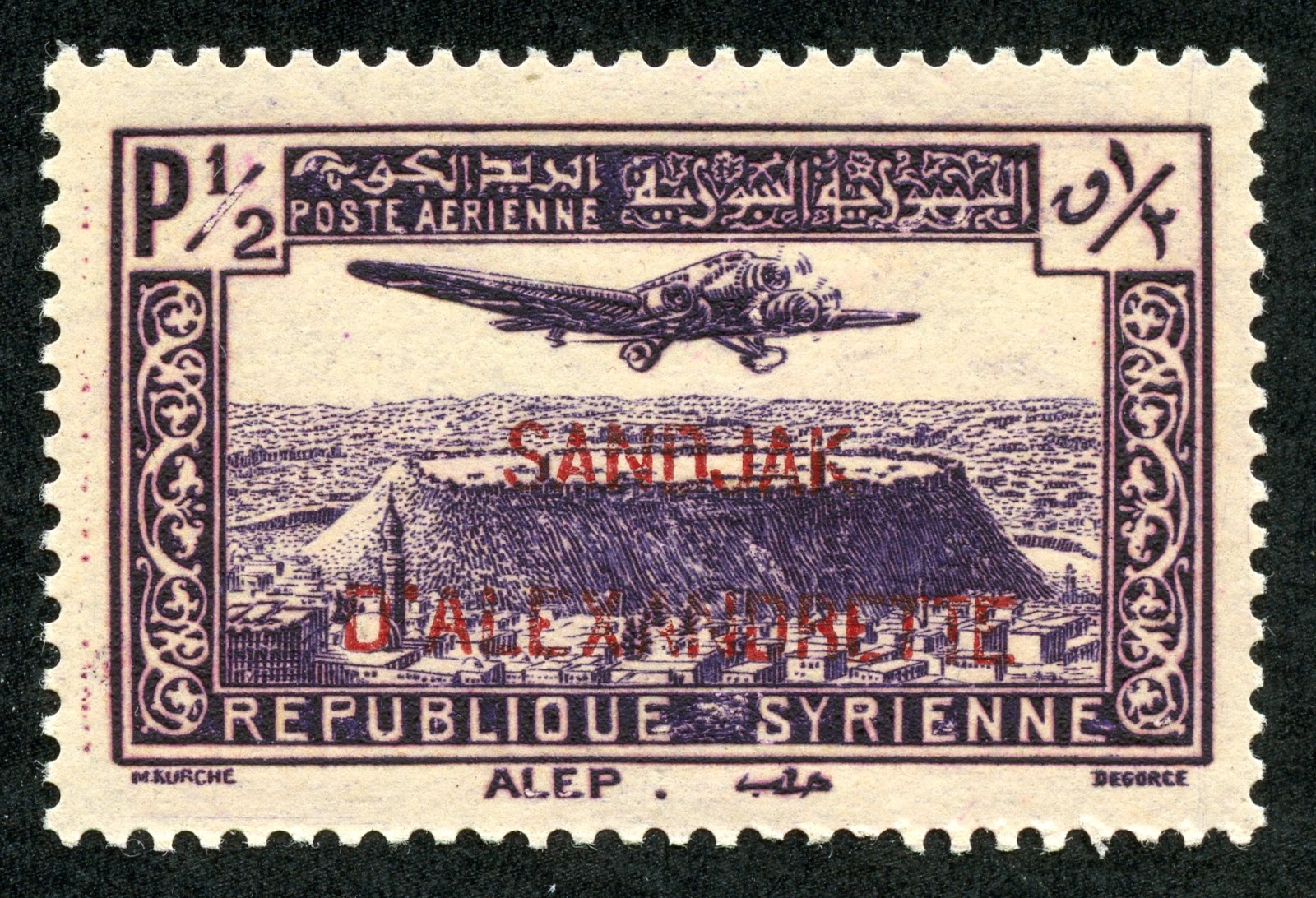 Deep Blue
Deep Blue (Steiner) has three pages for Alexandretta, and includes spaces for all the issued stamps. 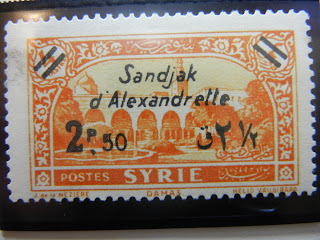 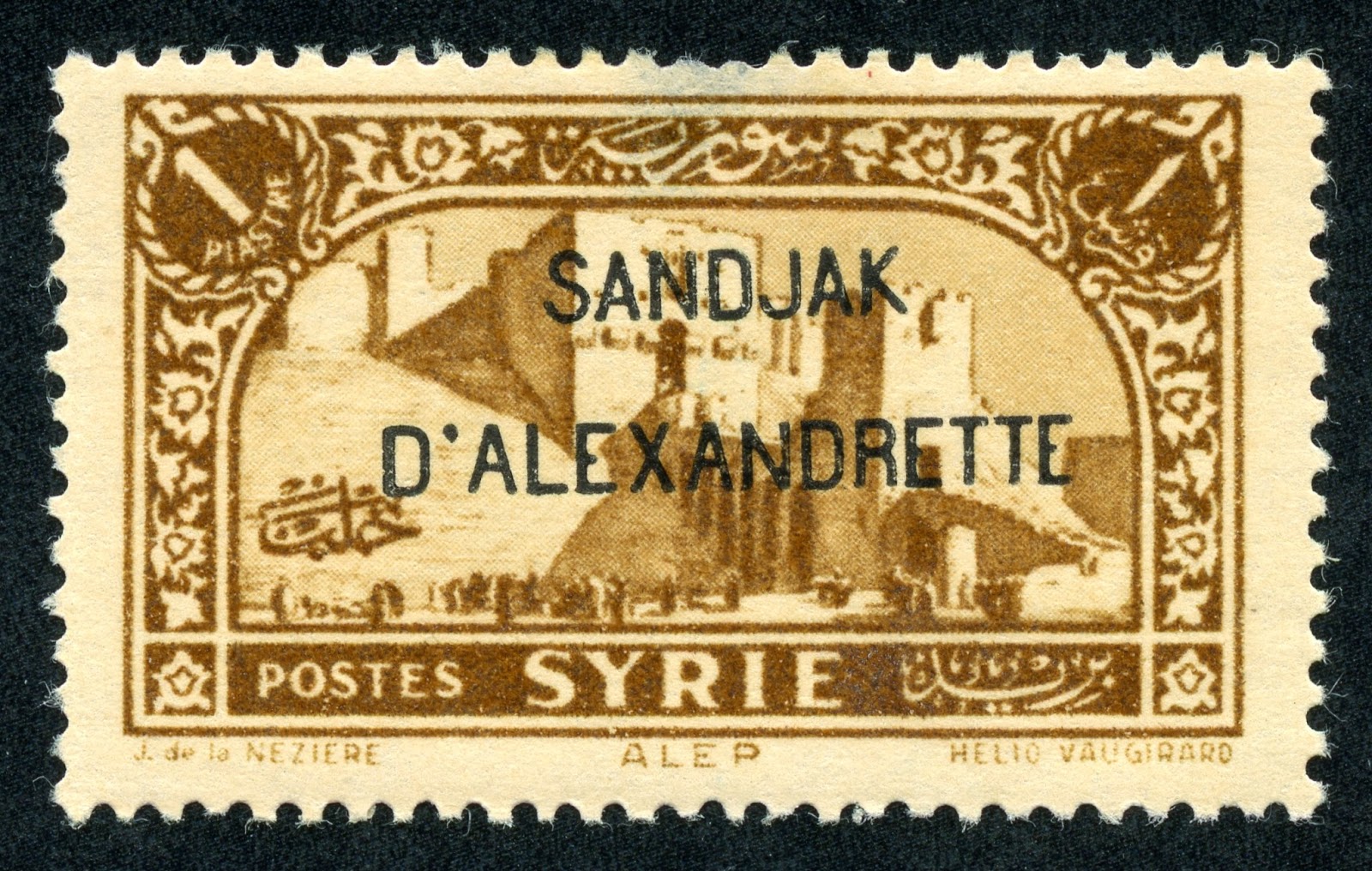 Alexandretta (Iskenderun) is located today in the Hatay Province of Turkey.
Kinds of Blue
The 1997 edition and the 1969 edition are identical.
Compared to the 1969 edition, both the 1947 and 1941 editions have the same coverage 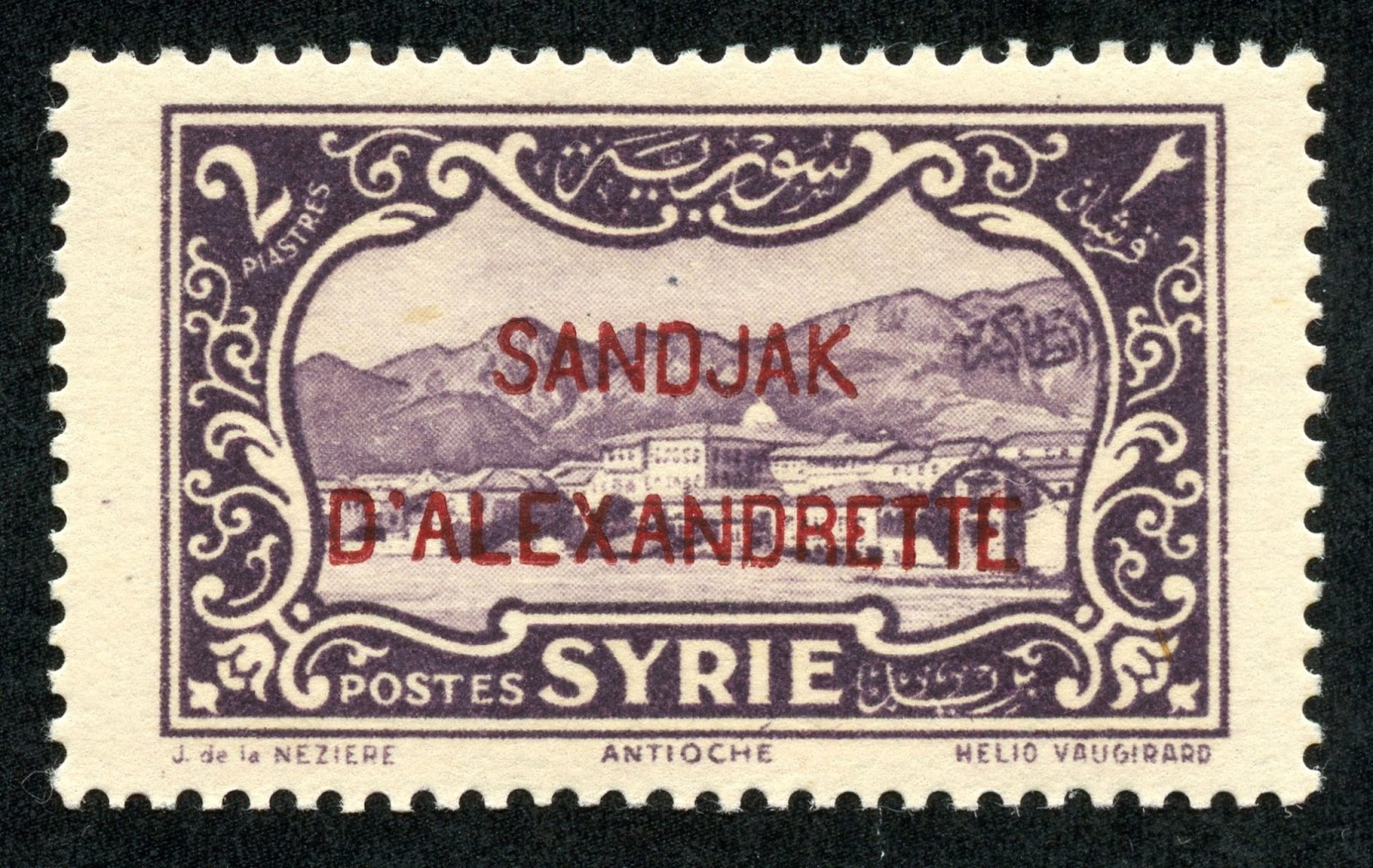 Note: Map in public domain.
Note: The "Into the Deep Blue" section, as well as many of the scans, were added March, 2014.