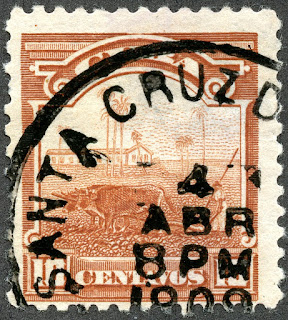 1905 Scott 237 10c brown "Cane Field"
Re-engraved
Into the Deep Blue
Bits and pieces of memory flood back when I look again at the original 1899 and re-engraved 1905 stamp issues of Cuba: There I was as a 12 year old in the living room of our old house, trying to make sense of the differences these stamps exhibited. I think I mostly succeeded, but not entirely, as I never would have had the 1905 5c blue "Ocean Liner", with the re-engraved secret mark - too expensive for my boyhood budget (Today CV $8).
So, with a tinge of nostalgia, and the realization, even now, that these issues can be confused, I thought a proper look at the differences would be in order.
As students of Cuban history know, the 1899 issue came into being while the U.S. had military rule and occupation of Cuba, due to the Spanish-American war in 1898.
There were five stamps for the 1899 issue (1c, 2c, 3c, 5c,10c), and four stamps for the 1905 re-engraved
issue (1c, 2c, 5c, 10c). Since I want to illustrate differences, the 1899 3c will not be discussed further.
One problem Scott presented to us collectors is that their illustration of the differences were in black & white until very recently, and particularly the "2c" illustration was confusing. Fortunately, my 2020 catalogue now shows the illustrations in color with better resolution.
So, let's take a closer look... 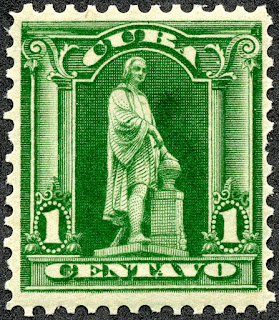 1899 Scott 227 1c yellow green
"Statue of Columbus"; Original
The original 1c has a fairly obvious sign if you know where to look.  Also, the 1c's color was "yellow green", which might offer a clue compared to the 1c "green" or "light green" of the 1905 issue. 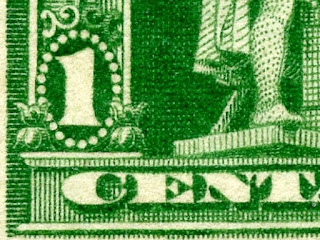 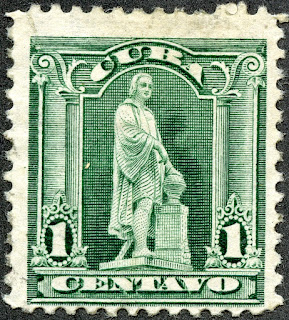 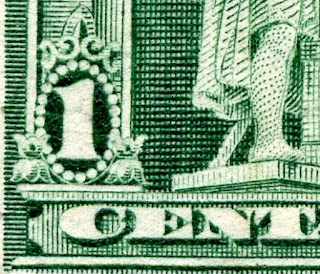 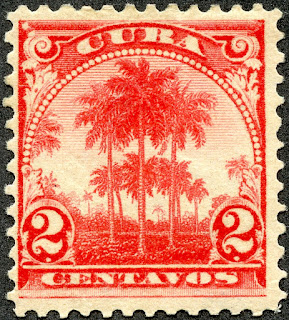 1899 Scott 228 2c carmine "Royal Palms"
Original
The 2c is one of those stamps I clearly remember from my childhood. ;-) It can be found either as "carmine" (major number) or scarlet. 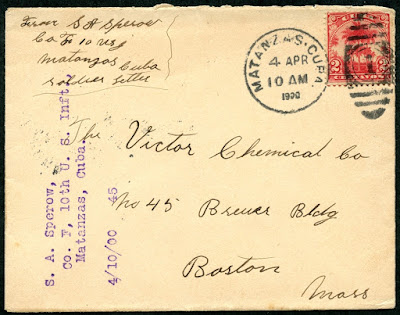 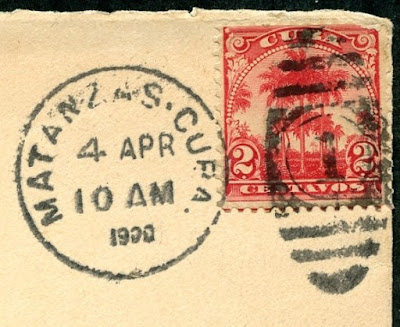 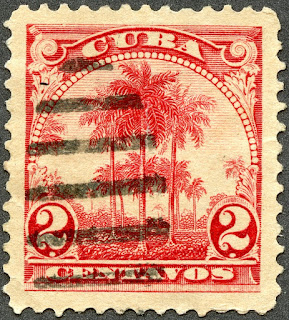 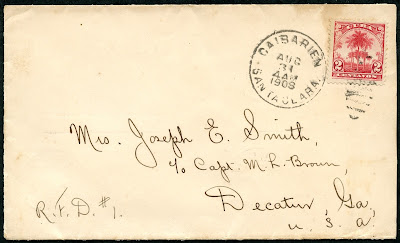 Cover: 1905 Scott 234b 2c carmine Re-engraved
8-31-08 Caibarien, Santa Clara, Cuba to Decatur, Georgia via Havana
Arrived 9-4-08
I'm beginning to think that postal historians (those that like their stamps on covers) do not pay a lot of attention to the stamps themselves. The seller here listed the stamp as "228" - the 1899 2c stamp. 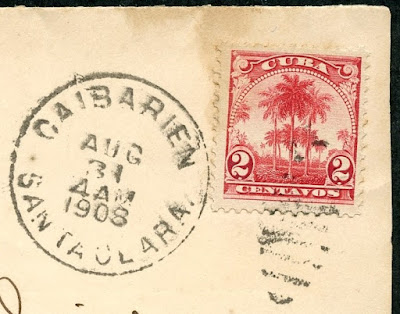 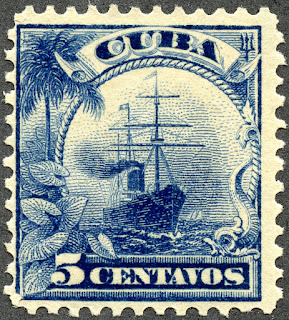 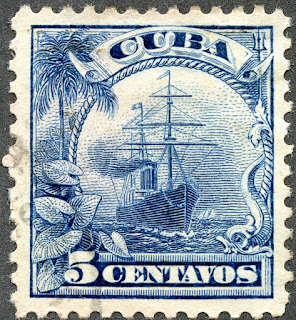 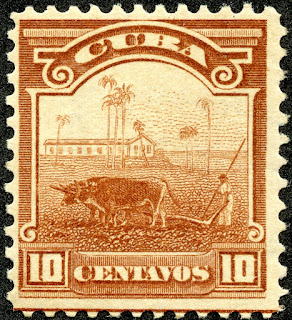 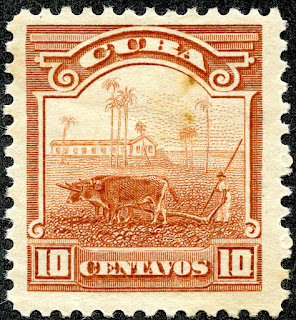 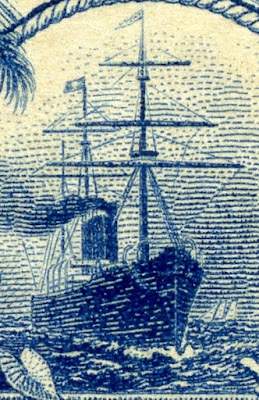 Ocean Liner Close-up
1899 Scott 5c blue
Out of the Blue
I hope you enjoyed the close examination of the differences between the 1899 and 1905 issues. Admittedly, most are fairly obvious if one knows where to look. !!
Comments appreciated!
Posted by Jim at 7:00 AM