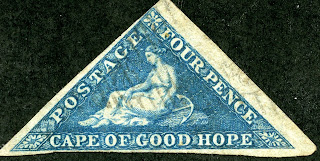 1855 Scott 4 4p blue "Hope" Seated
White Paper
Into the Deep Blue
The iconic Cape Hope triangles I remember from enticing stamp dealer ads in magazines when I was a kid. All one had to do was find one in the attic attached to old correspondence. Of course, I never found one, and they were too expensive for a kid budget.

But, as a WW collector, I've managed to snag one or two. Cape of Good Hope stamps still have that exotic thrill. 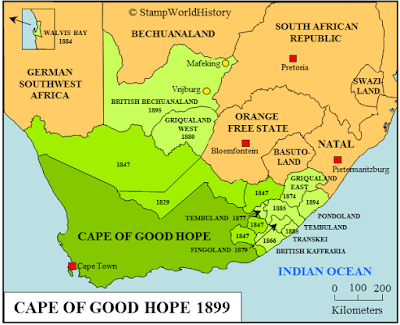 Cape of Good Hope 1899
From Gerben Van Gelder's Stamp World History Site
The best new original classical era maps I know of comes from Gerben van Gelder's site - at the time of constructing this post not active. I saved his maps (and have had general permission from him to use them), but I really hope his great contribution goes back on-line.

The original Cape of Good Hope blog post and BB checklist is here. 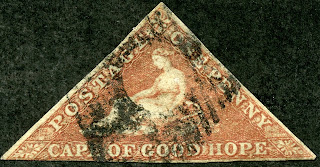 Of the twelve major Scott numbers (and many minor numbers - mostly shade color variations), one will need to determine the type of paper, the watermark (if any), the color shade, and the ink impression. Needless to say, this is specialist territory (consult the philatelic literature and Stanley-Gibbons catalogues), and the stamps are expensive (CV $80+-$3,000). However, the Cape Triangles are fascinating, and if the WW collector is so inclined, a modest grouping at a somewhat immodest price might be accumulated. 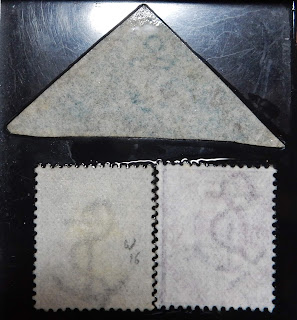 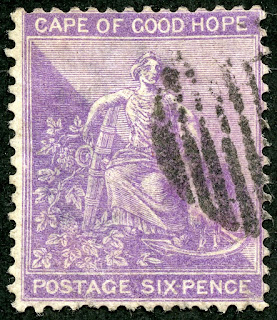 The first typographic issue of this design was released between 1864-77 on four denominations.

These stamps have the British Colonial and Crown Agents watermark 1 - "Crown and C C". 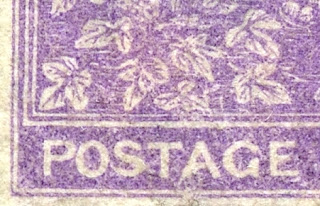 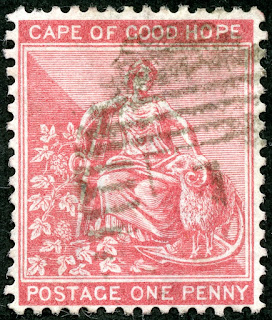 There are six denomination stamps, and the CV ranges from <$1 to $40+. 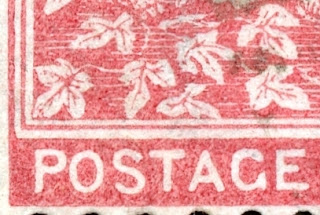 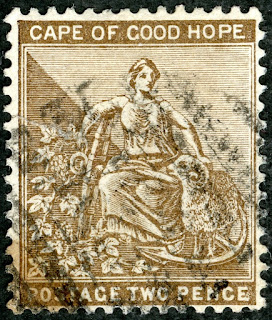 1882 Scott 35 2p bister
"Hope" and Symbols of Colony
Without Frame Line around Stamp; Wmk 2
The issue of 1882-83 of six stamps also does not have an outer frame line, but the watermark is the  British Colonial and Crown Agents watermark 2 - "Crown and C A". 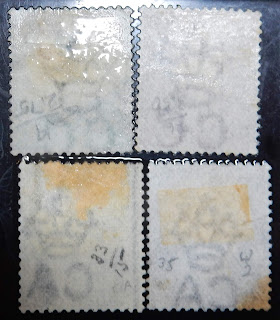 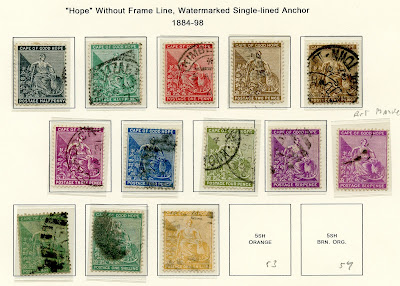 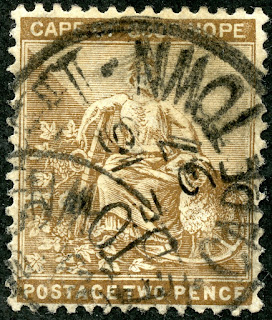 1897 Scott 45 2p chocolate brown
(A6 Design); Wmk 16
These stamps in this issue also are without an outer frame line (with two exceptions - see below). BUT they are distinguished from the previous issues by having a new watermark: The single-lined anchor watermark (Wmk 16)

Examples of Wmk 16 are shown earlier (scroll up a bit). 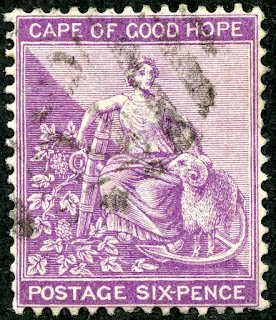 Confession: I misplaced some of these stamps myself, and only discovered it while double checking for this blog post. !! Tricky! 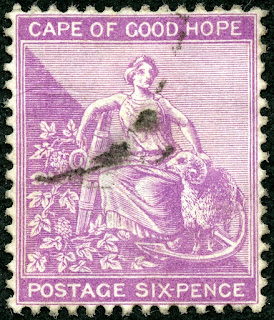 1884-98 Scott 49b  6p bright mauve (A3 Design)
Wmk 16 - Anchor
There are a number of minor number shades listed in Scott. Here is an example for 6p: bright mauve rather then violet. 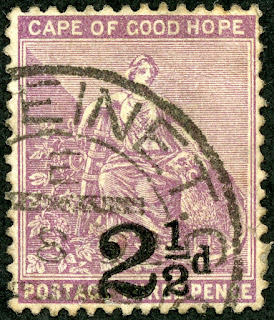 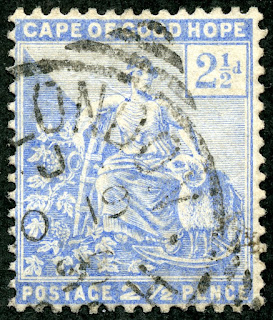 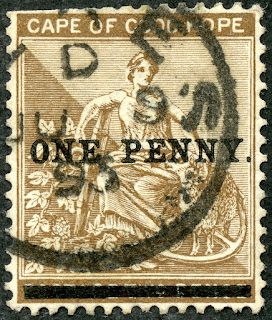 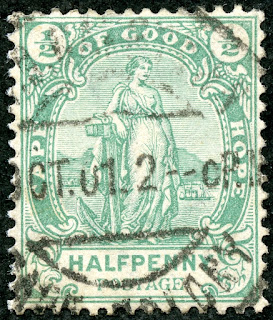 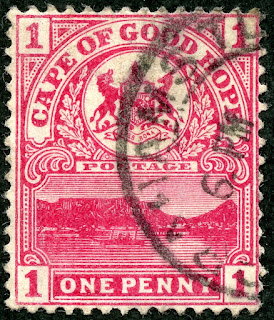 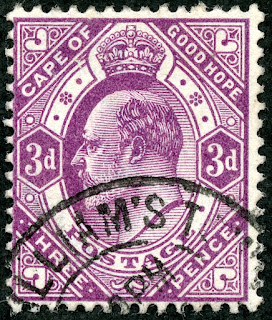 Cape of Good Hope became a province of  the Union of South Africa on May 31, 1910, and hence Cape's stamps ceased. 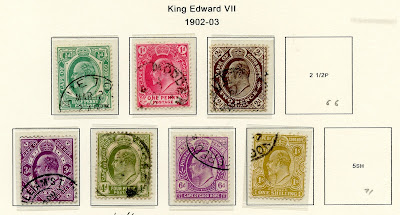 1902-03 King Edward VII Issue
Deep Blue (Steiner) has seven pages for the stamps of the Cape of Good Hope. All Scott major numbers ( and some minor numbers) have a space.

I should mention that included in the coverage are two Steiner pages for the CV expensive surcharged overprinted "Besieged" Mafeking issued stamps, and those issued in Vryburg under Boer occupation and British occupation. I have none of these, and there are many excellent forgeries. Either avoid this area (as I have done), or become a specialist. 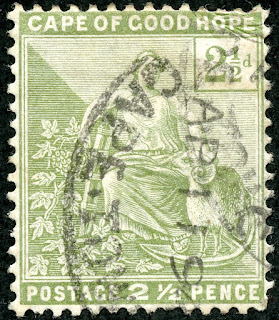 1892 Scott 56 2 1/2p sage green "Hope Seated"
Out of the Blue
Cape of Good Hope has a well documented and fascinating history and philatelic history, and would be a real candidate for specialization. But as a WW collector, I must reluctantly move on.