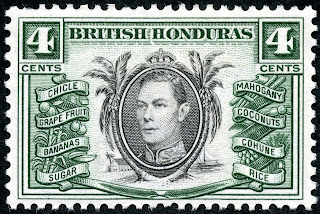 Although earlier British Honduras stamps are all monarch vignettes (covered in Pt A), there are the delightful 1938 and 1949 pictorials. Let's take a look... 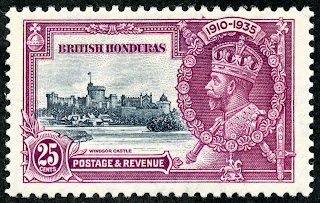 1935 Scott 111 25c brown violet & indigo
"Silver Jubilee Issue"; Common Design Type
The omnibus "Windsor Castle and King George V" four stamp set, released in 1935 for the Silver Jubilee of his reign, is, of course, ubiquitous in stamp collections. The set, though, tends to be a bit expensive, with British Honduras CV for a hinged set @ $15. I rarely show examples for a particular colony because, well, they are all the same. ;-)

It is a lovely engraved design, however. The issue can be found for 44 colonies/protectorates, with another 19 different designs released by other British Commonwealth countries. 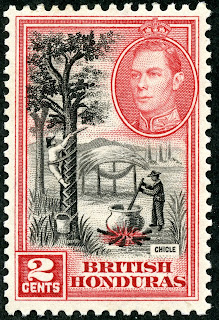 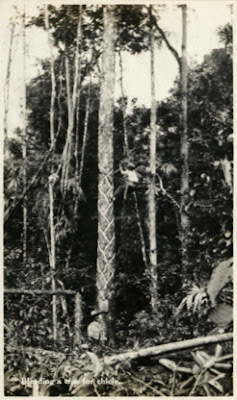 Bleeding a Tree for Chicle, 1917
British Honduras
The genus Manikara tree has natural gum (used for chewing gum), and the gum is tapped by making zig-zag gashes in the trunk, and collecting the dripping gum into bags. 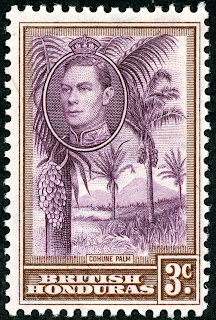 1938 Scott 117 3c brown & dark violet
"Cohune Palm"
The Cohune Palm grows wild in the rainforest of British Honduras, and was used extensively by the Mayans to thatch huts, eat the nuts, and harvest "the heart of the palm", like the heart of an artichoke. 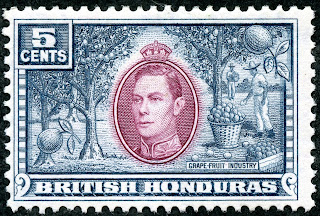 1938 Scott 119 5c slate blue & red violet
"Grapefruit Industry"
Grapefruit was the first citrus fruits grown in British Honduras, with one hundred grapefruit trees imported from Florida in 1913. Exports to England and other countries reached one million dollars worth by 1954. 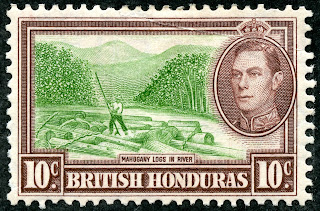 British Honduras Mahogany (Swietenia macrophylla) became famous for the furniture that England's Thomas Chippendale and George Hepplewhite made with it, although it was also used for doors and door frames, and railroad carriages. 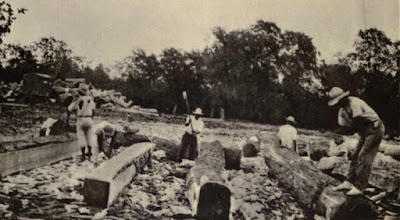 Mahogany Squaring
For export, the logs were transported by rivers to the river mouths, where they were squared, and loaded on ships to Europe. 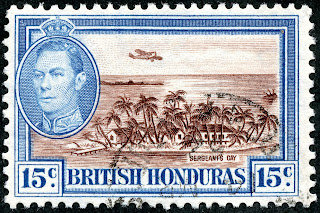 1938 Scott 121 15c blue & brown
"Sergeant's Cay"
On the Barrier Reef in front of Belize City is perched an island called "Sergeant's Cay". Today it is known for the excellent snorkeling available there. 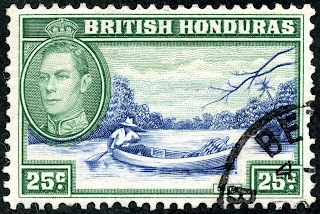 1938 Scott 122 25c green & ultramarine
"Dory"
A Dory ( a dug out canoe) is an easy and traditional way to get around the rivers and waters of British Honduras. 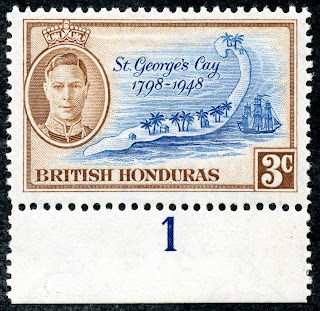 The Battle of St. George Cay off the coast of British Honduras  occurred primarily on September 10, 1798 between the Spanish (from Mexico) and English woodcutter settlers (Baymen), assisted by black slaves. 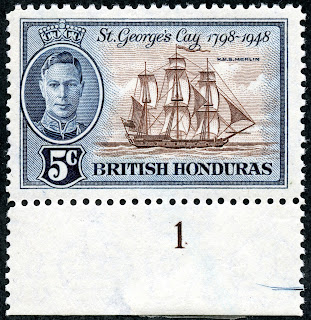 The battle lasted two hours. The Spanish retreated and there were no casualties.

The battle was declared a national holiday one hundred years later (1898), at least in part for the symbolism of creoles and settlers fighting "shoulder to shoulder" together. 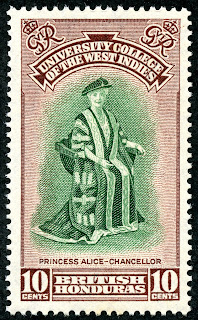 Princess Alice, Countess of Athlone, and the last surviving granddaughter of  Queen Victoria,.was the first Chancellor (1948-1971).

The college serves the eighteen countries and territories of the British Commonwealth Caribbean. It was originally an external college of the University of London. It now has three campuses: in Jamaica, Trinidad and Tobacco, and Barbados. It has been quite successful, counting among it's alumni seventy-two  Rhodes Scholars. 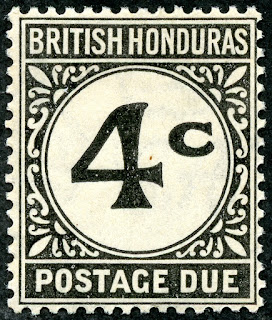 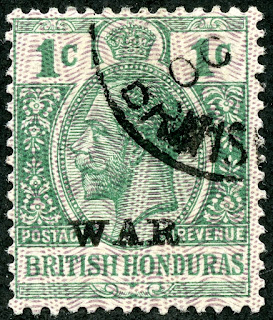 1916 Scott MR1 1c green
With Moire Overprint
The 1915 Scott 85 1c green, which has a moire overprint in violet, was also overprinted locally with a "war" overprint on August 23, 1916. Note the moire overprint was applied in case the stamps were seized by the enemy during WW I, they then could be rendered invalid. CV is <$1. 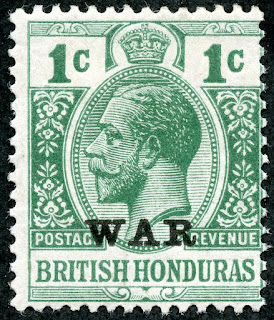 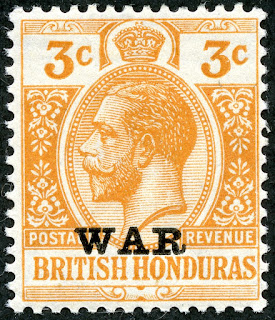 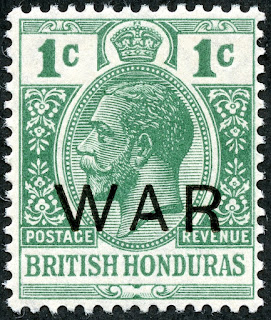 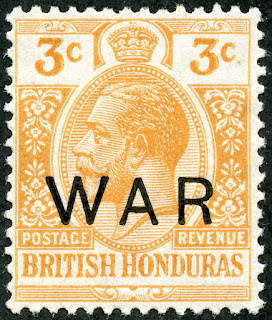 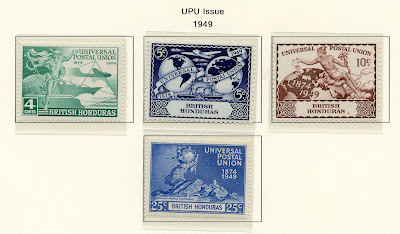 1949 UPU Issue in Deep Blue
75th Anniversary; Common Design Type
I have a complete run of all the UPU issued sets of the "Common Design Type" for the British Commonwealth countries, some sixty-six sets. They happened to be in one of my BB feeder albums. This may be the first time for this blog that I am showing this set because, as a "common design type" it is, well, not all that interesting. ;-)

Naturally, Deep Blue (Steiner) has a space for this set. 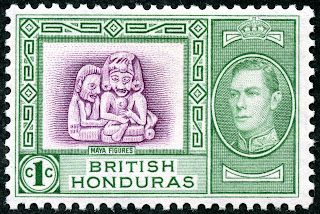 Note: Pics appear to be in the public domain.