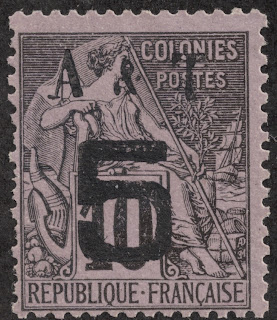 1888 Scott 3 5c on 10c black/lavender overprint with "A & T"
This stamp issuing French protectorate is truly missing, as I am unaware that Annam & Tonkin have ever been in Big Blue.

Quick History
Part of French Indo-China ( Protectorates of Annam, Tonkin, Cambodia, Laos, and the colony of Cochin-China), Annam & Tonkin has six stamps recognized by Scott with major numbers. Actually, only three stamps (those illustrated), and another set with a hyphen between the "A" and "T".

These stamps were issued in 1888, and handstamped surcharged "A&T" with the value on 1881-86 French colonies stamps. The protectorate had a population of 14 million in 1890. 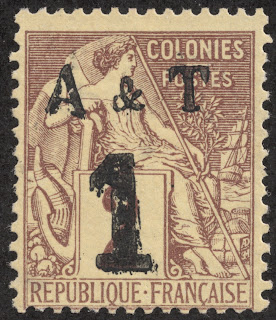 1888 Scott 1 1c on 2c brown/buff overprint with "A & T"
Big Blue Picture
The least expensive stamp is valued at $35, which might explain why the protectorate never appeared in Big Blue. 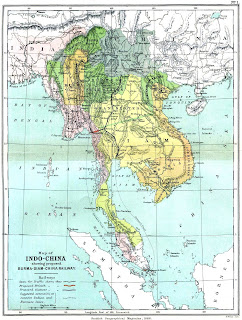 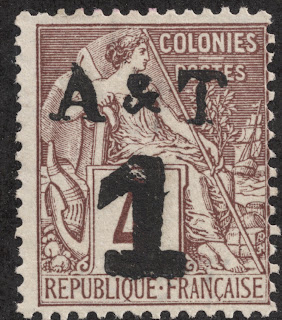 1888 Scott 2 1c on 4c claret/lavander overprint "A & T"
Big Blue Bottom Line
As Scott's Big Blue is the most popular "serious" international album in the U.S., nice to know when a stamp issuing entity is NOT there.  :-)