1850 Scott 24 60r black
Into the Deep Blue
Brazil is a challenge for the WW collector.

The main difficulty lies in identifying the seventeen watermarks found during the classical era,  primarily for the 1918-41 definitives. But help is available. For those with an obsessive bent, there is my "Who's afraid of watermarking the 1918-41 series?".

Altogether, there are five blog post links to Brazil, and they are listed under the "Out of the Blue" section below.

And an interesting field it is.

Brazil is a major country in South America, and naturally there are expensive CV stamps, primarily during the 1843-1866 era. But, overall, the stamps are not as expensive as one would think. And for the interested philatelist, there are plenty of avenues to explore. 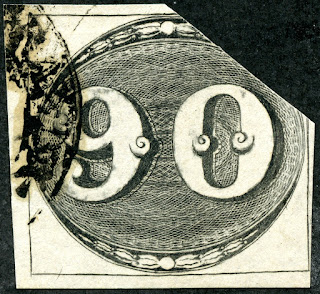 Like Great Britain, the design has no country name. The extensive lathework pattern was done as a deterrent to forgery.

The stamps were developed by government printers in Rio de Janerio. The long held- and still persistent- belief that London's Perkins, Bacon & Petch, producers of the Penny Black, were the printer for the "Bull's Eyes", is false.

Why did Brazil not picture the sovereign? Apparently, there was concern that cancelling over Dom Pedro's image might appear disrespectful.

In contrast the US 1847 10c black "Washington" had 865,000 copies printed, with a CV today of $825. Despite the lesser CV of the US 1847 10c black vs the Brazil 90r "Bull's Eye", one has to pay actually a 50% cost premium for the US stamp, compared to the Brazil stamp, when one factors in the number of copies printed. I think this reflects the supply/demand curve for classic US vs classic Brazil stamps. Considering their scarcity relative to the  US, classic Brazil stamps are not as highly valued.

Naturally, many (all?) of the numeral stamps of Brazil have been forged. Here is the PhilatoForge site from UK that discusses the "Bull's Eye" forgeries. 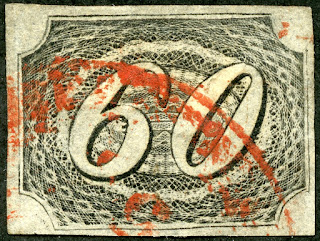 Between July 1,1844 and October 16, 1846, a seven stamp "slanted numeral" set was issued. This means the "Bull's Eyes" were only used by themselves for one year.

The paper can be grayish or yellowish, and the three middle denominations (30r, 60r, 90r,) can be found on thick paper (2X CV). 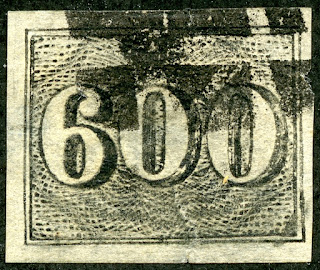 The example here is on yellowish paper. 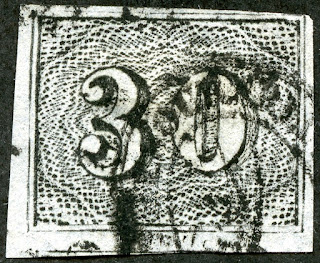 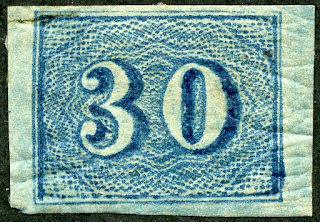 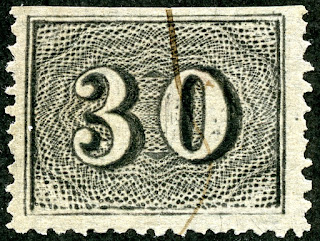 In all cases, perforated specimens have a higher to much higher CV than the corresponding imperforate specimen.

And therein lies the problem. 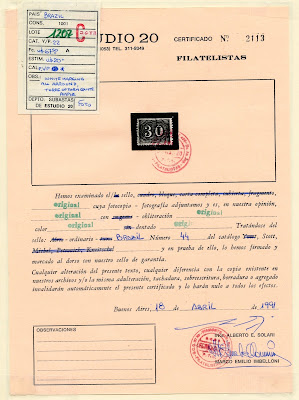 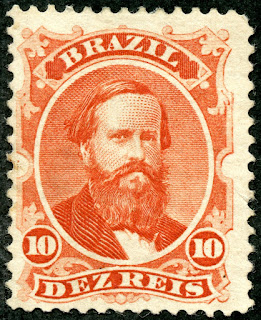 Alert: Make sure, for the 1866 issue, you are identifying stamps that are perforated (Perf 12). The identical in design 1876-77 issue is rouletted! 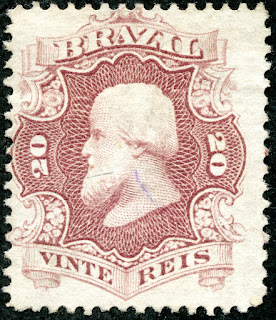 Of interest, both Scott and Michel list two shades for the 20r: "red lilac' & "dull violet". That is the end of shade listings in Michel for the issue. But Scott additionally lists shade varieties for the 10r (vermilion, carmine vermilion), 80r (slate violet, rose lilac), and 100r (blue green, green). 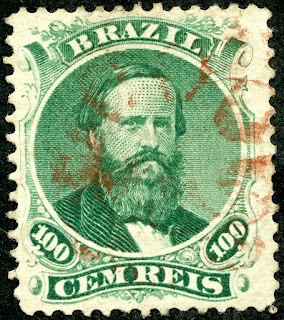 The Type I stamp (minor number) is found in a green color.

1866 Scott 58a 100r green
Left outer frame close-up: Type I
Type I is characterized by a left frame line weak and incomplete, and composed of a single line which never touches the upper ornaments. 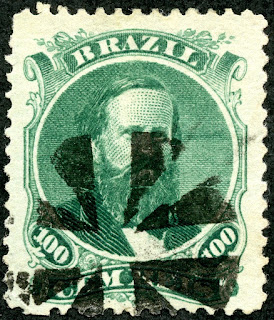 Type II (minor number- not shown) has a left frameline that is incomplete, but has a double outer line that does not touch the upper ornament. 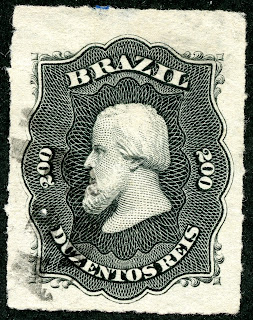 Let me comment about the 200r black "Dom Pedro". I clearly recall that gorgeously engraved 200r black in my Father's stamp album. That memory, at least in part, lit the fuse for WW collecting as an adult. 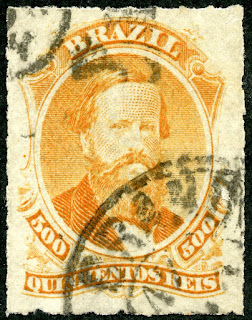 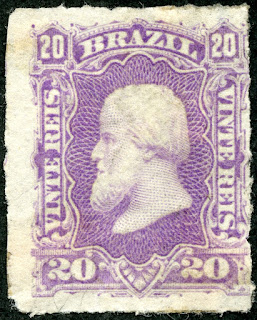 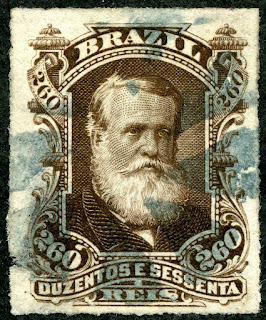 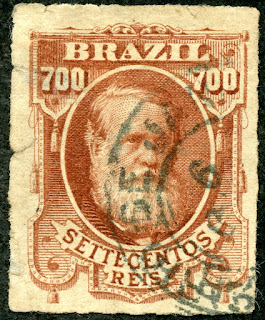 Note, if this stamp was on cover, the CV would be listed as $3,000+. !! If I could go back in time, I would never soak off classic era stamps from their covers, but keep them intact! 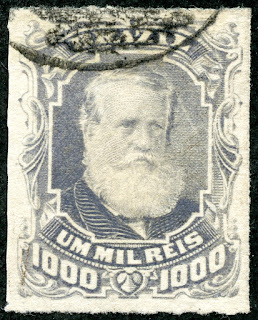 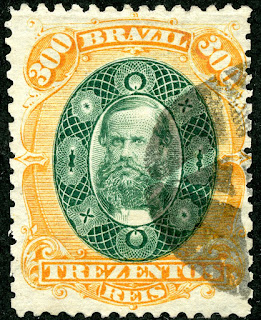 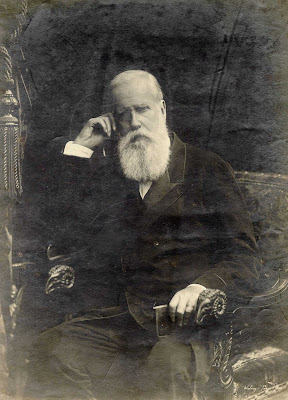 Emperor Pedro II of Brazil 1887, Age 61
A little something about Dom Pedro II -

He was the only legitimate male child to survive infancy of Pedro I, who reigned from 1822 to 1831 (abdication).

But the monarchy was abolished with the establishment of the First Brazilian Republic (President Deodoro de Fonesca). He was the second and last ruler of the Empire of Brazil.

The 6 foot 3 inch tall Monarch was known as "the Magnanimous".

His legacy lives on, and  he is considered one of the greatest Brazilians. 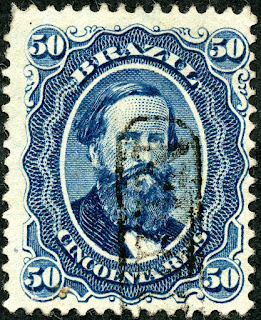 1866 Scott 56 50r blue "Emperor Dom Pedro"
Out of the Blue
Enlightened rulers can make a difference.

Note:Scan picture of Emperor Pedro II appears to be in the public domain.