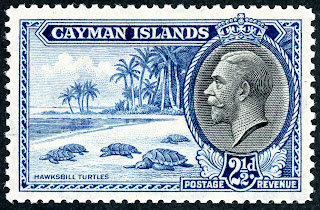 1935 Scott 90 2 1/2p deep blue & black
"Hawksbill Turtles"
Into the Deep Blue
The earliest blog posts I published were long on information, but short on illustrating the stamps of the countries themselves. The Cayman Islands have delightful stamps (for a British colony), and it will be a pleasure to review them.

The original post has more on the history, as well as the BB checklist..... 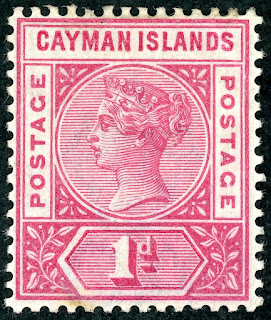 BTW, Cayman Islands remained a Dependency of Jamaica until 1962, when it became a Crown Colony.

The first issue proper for the Cayman Islands was a two stamp typographic release in 1900 showing Victoria. Note the white side panels and the "Postage...Postage". CV is $4+-$15. This De La Rue design is similar, if not identical, to other British Empire issues of the era.

I'm reminded that, in general, stamps on cover today are much more valuable then those (the vast majority) that are now off cover. Here, Stanley Gibbons values 1p carmine rose @ 25X if on cover. 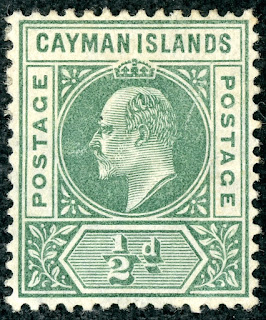 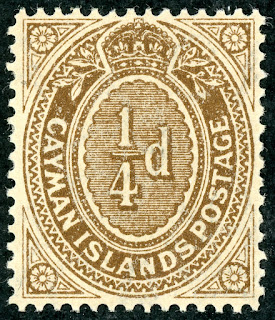 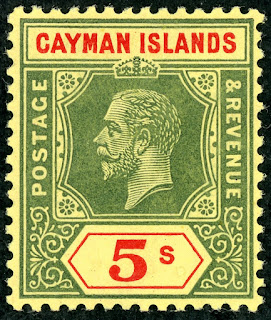 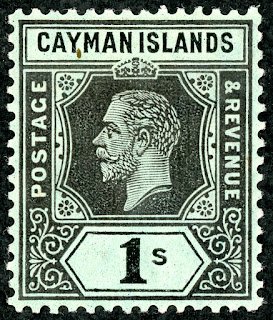 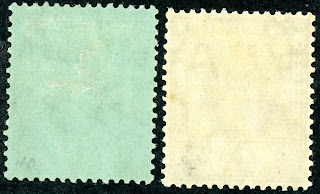 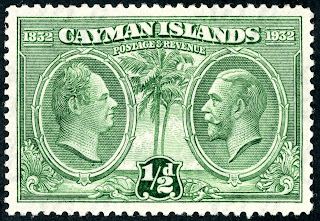 1932 Scott 70 1/2p green
"King William IV, King George V"
For the Centenary of the formation of the Cayman Islands Assembly, an engraved Waterlow set (one design) of twelve stamps was issued on December 5, 1932. CV is $1+-$10+ for eight stamps. 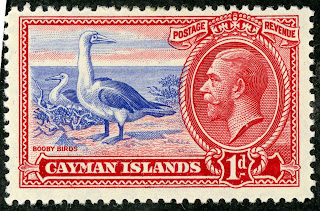 1935 Scott 87 1p carmine & ultramarine
"Red-footed Boobies"
On May 1, 1935 and January 1, 1936, a total twelve stamp five design "George V" bi-color pictorial issue was released for the Cayman Islands. Of course, "George V" 1935 pictorial sets was also released for many British colonies, but the engraved Waterlow stamps for the Caymans are nice indeed. 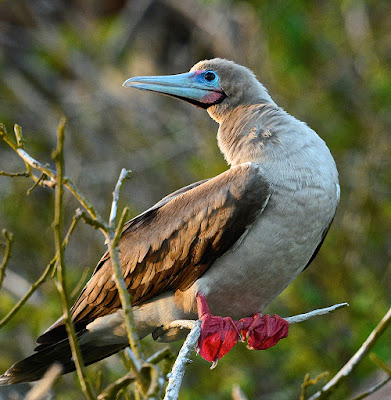 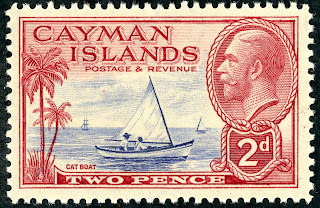 A Catboat is a sailboat with a single mast set well forward. 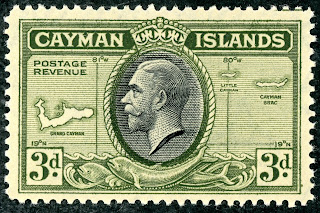 1935 Scott 91 3p olive green & black
"George V & Map"
The population of Cayman Islands is now 60,000*, but was 6,000 in 1934, when this stamp was issued. The vast majority today live on Grand Cayman, with only some 2,000 living on Little Cayman or Cayman Brac. Half of the population is found in George Town. No doubt similar demographics existed when this stamp was issued. 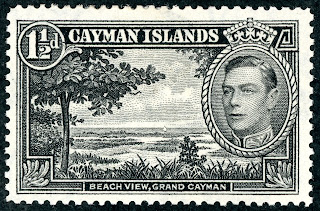 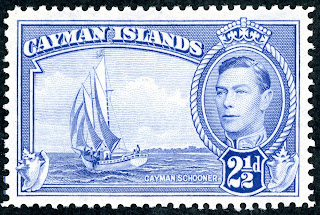 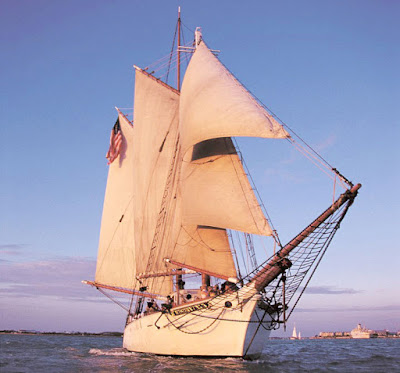 Western Union - Built in 1939 in the Caymans
Shipbuilding was a thriving industry in the Caymans. Over 300 schooners were built there. Cayman mahogany was used for the frame. 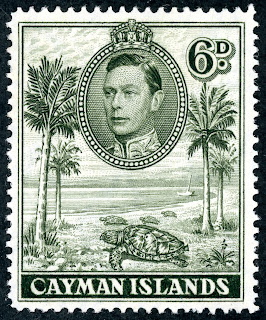 The Hawkbill sea turtle has a wide range, bur found mostly among tropical reefs in the Indian, Pacific, and Atlantic oceans. It is critically endangered. 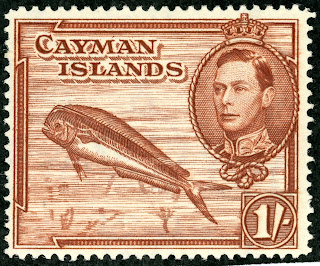 1938 Scott 108 1sh reddish brown
"Dolphin (fish - Coryphaena hippurus)"
Although the stamp image is a "Dolphinfish" - not related to true Dolphins, the truth is Dolphins are loved (like Whales) with the tourist population. Today on Grand Cayman, there are "Dolphin Discovery" and "Dolphin Cove": places where one can get up close and personal. 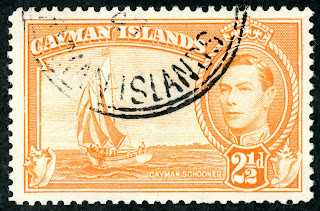 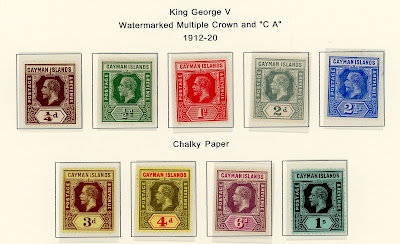 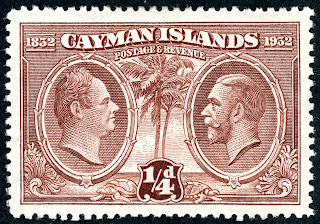