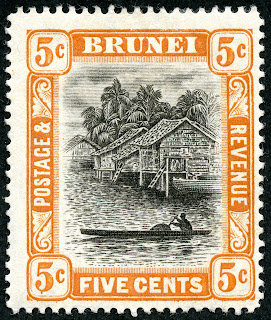 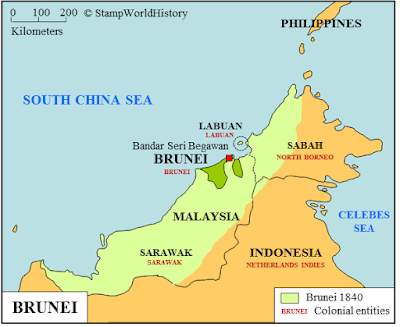 Brunei - Map from Stamp World History Site (Gerben)
Since Brunei is rather obscure to most WW collectors, I am also adding here a map from Stamp World History (site not presently active or  available). This maps was put together by Gerben van Gelder. I received permission from him to display them (with proper acknowledgement), but I don't use that privilege very often - but will, in this case. It was an immense loss to WW philately when he passed away.

I should mention that there was a local issue produced in 1895 - "Star and Local Scene" - on ten stamps (I don't have an examples). CV is $4-$9+ for seven stamps. They were valid in Brunei and Labuan. For overseas, the mail was sent to Labuan, where Labuan stamps were used. During the early years, the local issue was considered "bogus" by philatelists, and had no Scott numbers. My 1947 Scott catalogue does not include these stamps. Evidence was uncovered in 1933 that, although "philatelic" in nature, they were in fact also a genuine local issue. Presently, they have Scott A1...A10 assigned. 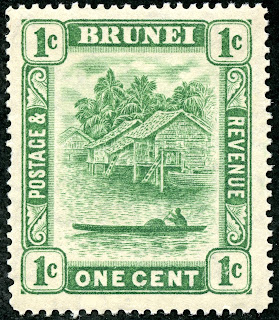 The Type I shows the lowest line of water shading as a string of horizontal dots. (These shading dots can be seen, for example, on the 2c brown & black shown below.)

The Type II (illustrated above) has the dots removed from the bottom line of water shading. 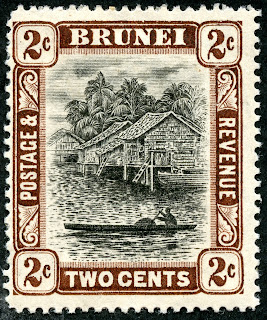 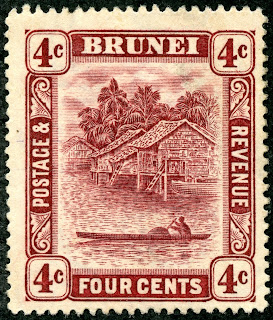 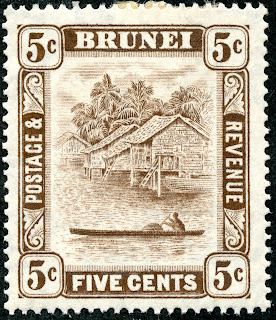 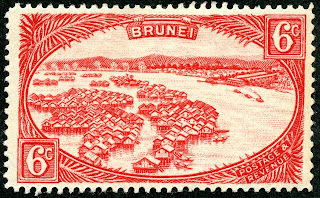 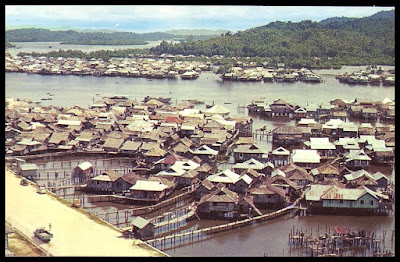 Brunei Postcard circa 1960 showing stilt houses
Even in the 1960s one can see the prominence of stilt houses. 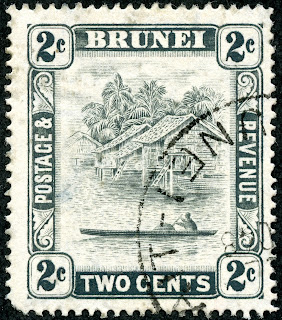 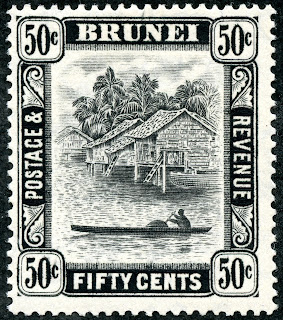 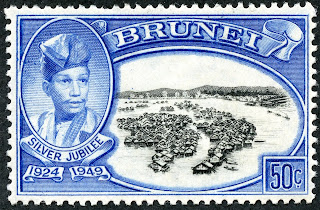 1949 Scott 78 50c blue & black
"Sultan Ahmed and Pile Dwellings"
Brunei was always a protectorate, and was governed by sultans, although the administration was British.

For the 25th anniversary of the reign of Sultan Ahmed Tajudin Akhazul Khair Wad-en, a three stamp issue set was released September 22, 1949. 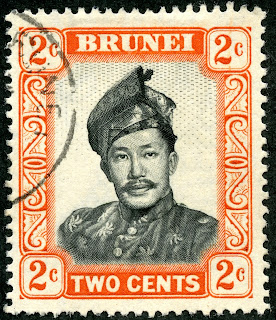 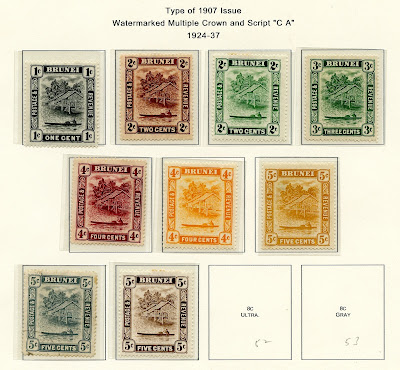 On the other hand, My Steiner pages do not include the 1895 local issue, and the Japanese occupation WW II issues. I added quadrilled pages. 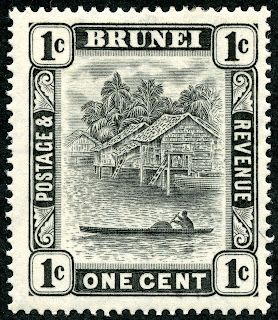 1926 Scott 43 1c black
"Scene on Brunei River"; Wmk 4
Out of the Blue
This is another country where specialized concentration could yield interesting "exhibit" pages.

I have really only scratched the surface of Brunei studies.

Note: Map is by permission of Gerben van Gelder (Stamps World History).
Scan pic of 1960 Town of Brunei appears to be in the public domain.