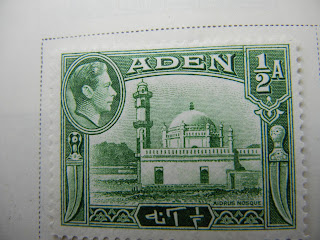 1939 Scott 16 1/2a green "Aidrus Mosque"
Quick History
Aden is a city now in Yemen along the Gulf of Aden on the Red Sea. The area surrounding Aden was given to the British in 1838. The Aden settlement was part of British India until 1937, when it became a crown colony. Then the Indian rupees (divided into annas) were replaced by East African shilllings in Aden. The location made it a popular exchange point for mail between the Indian Ocean and Europe. Aden continued under British rule until 1967. 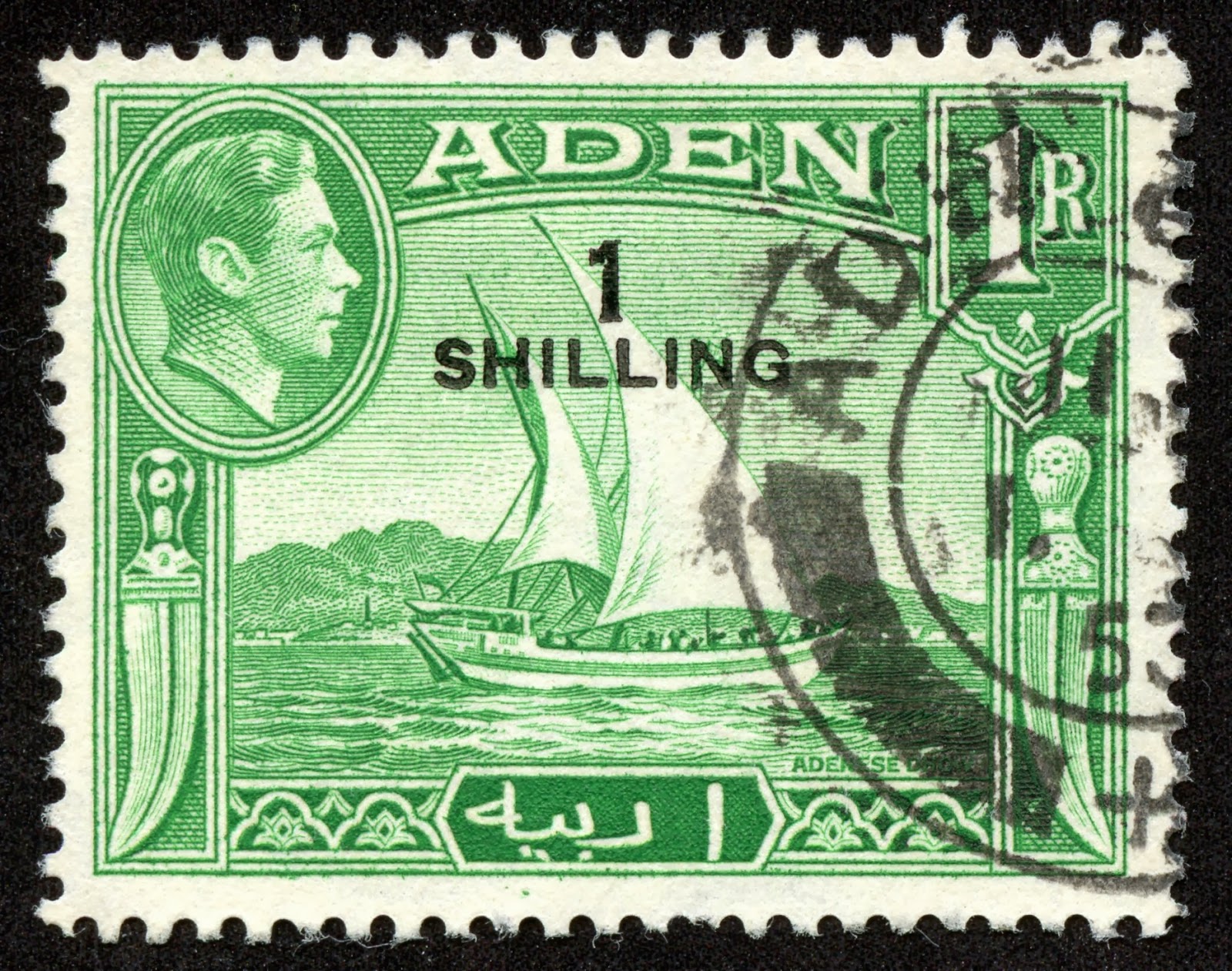 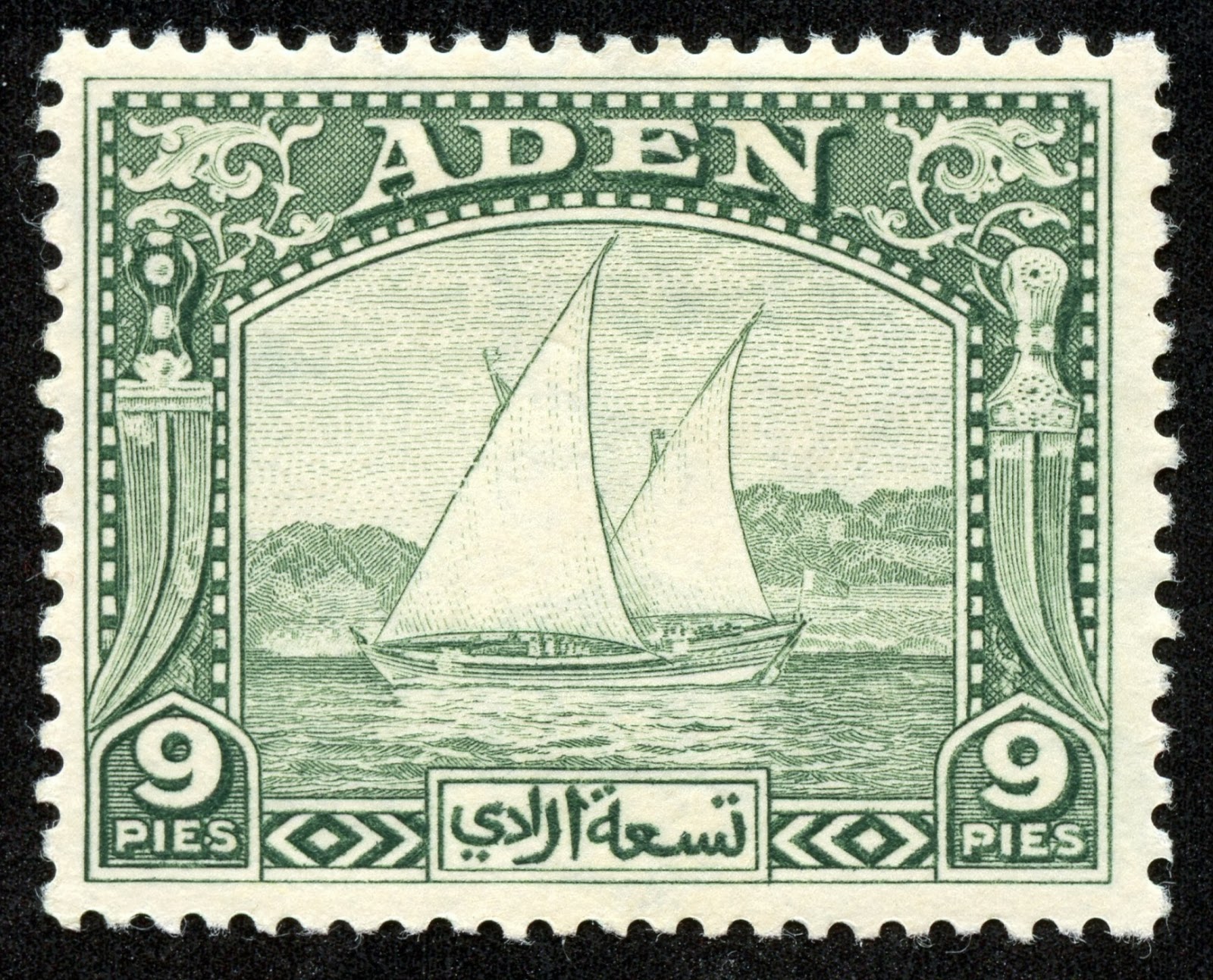 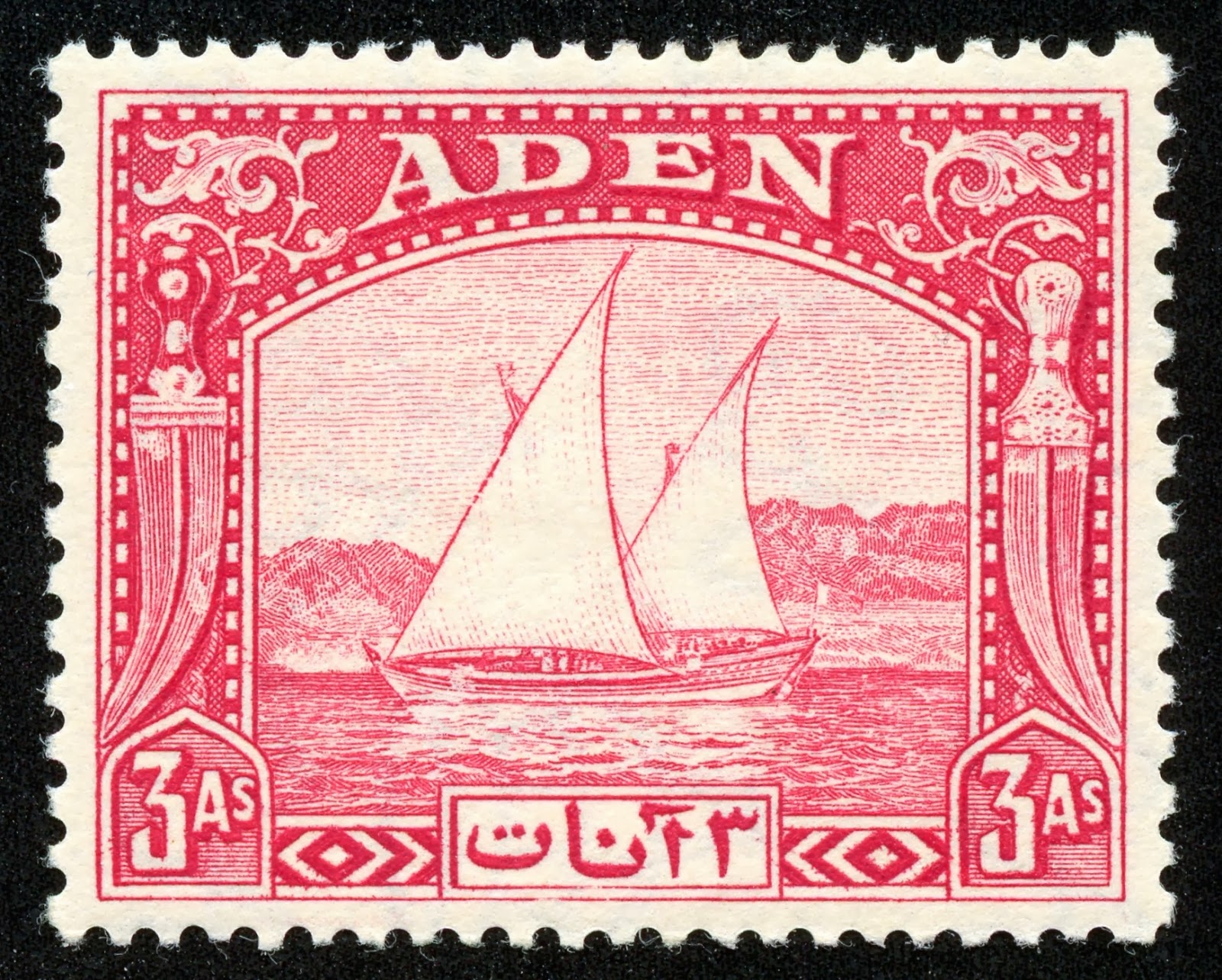 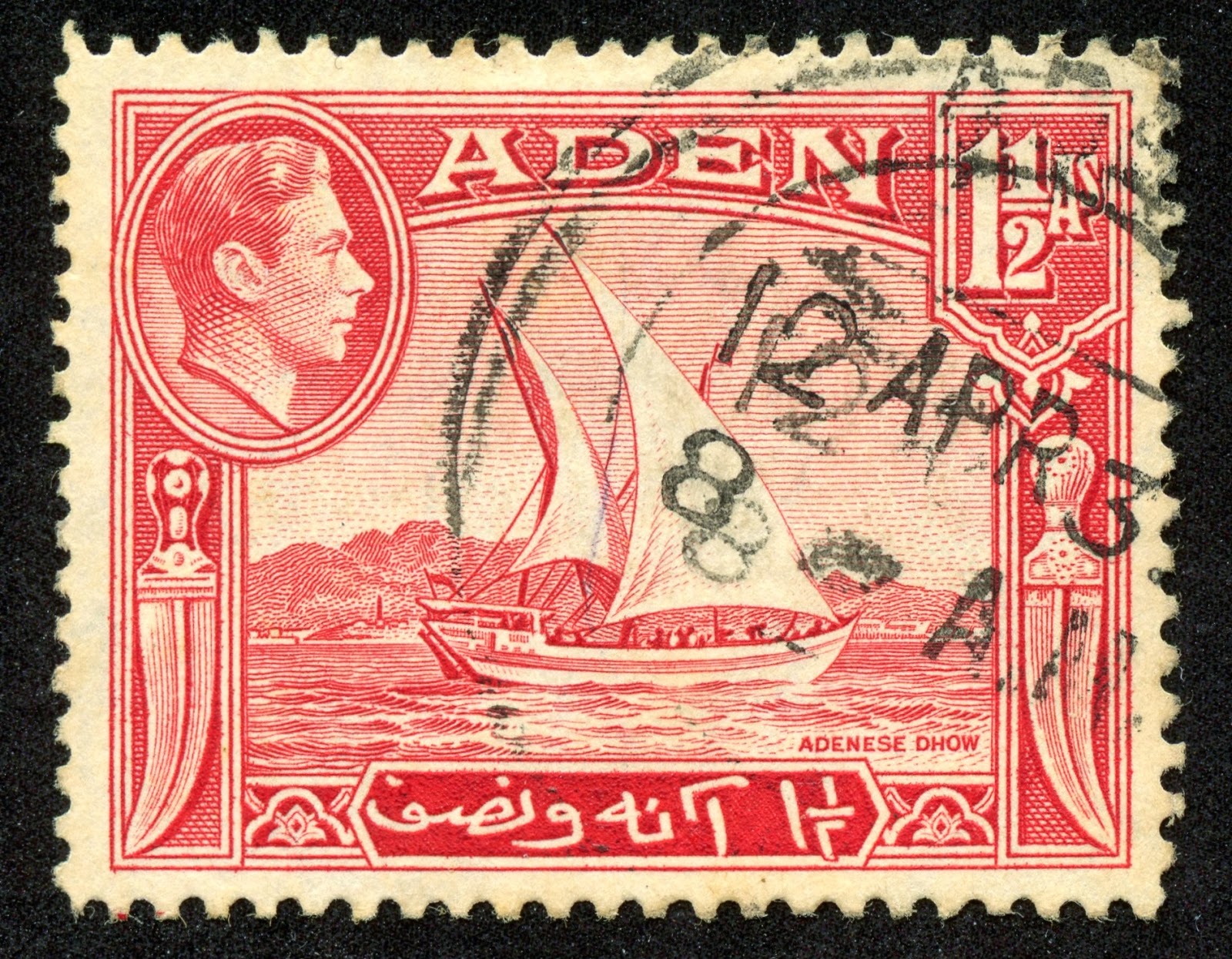 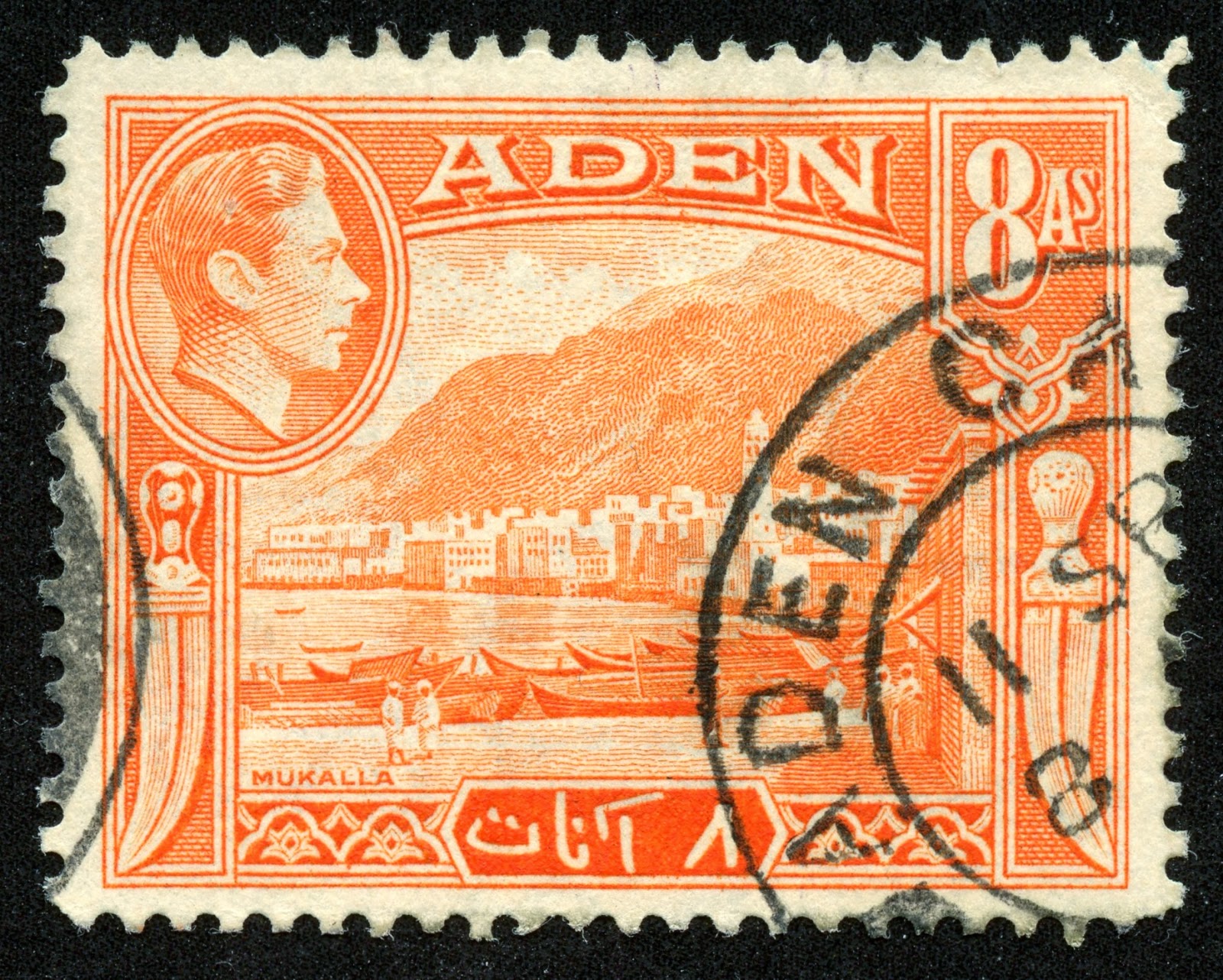 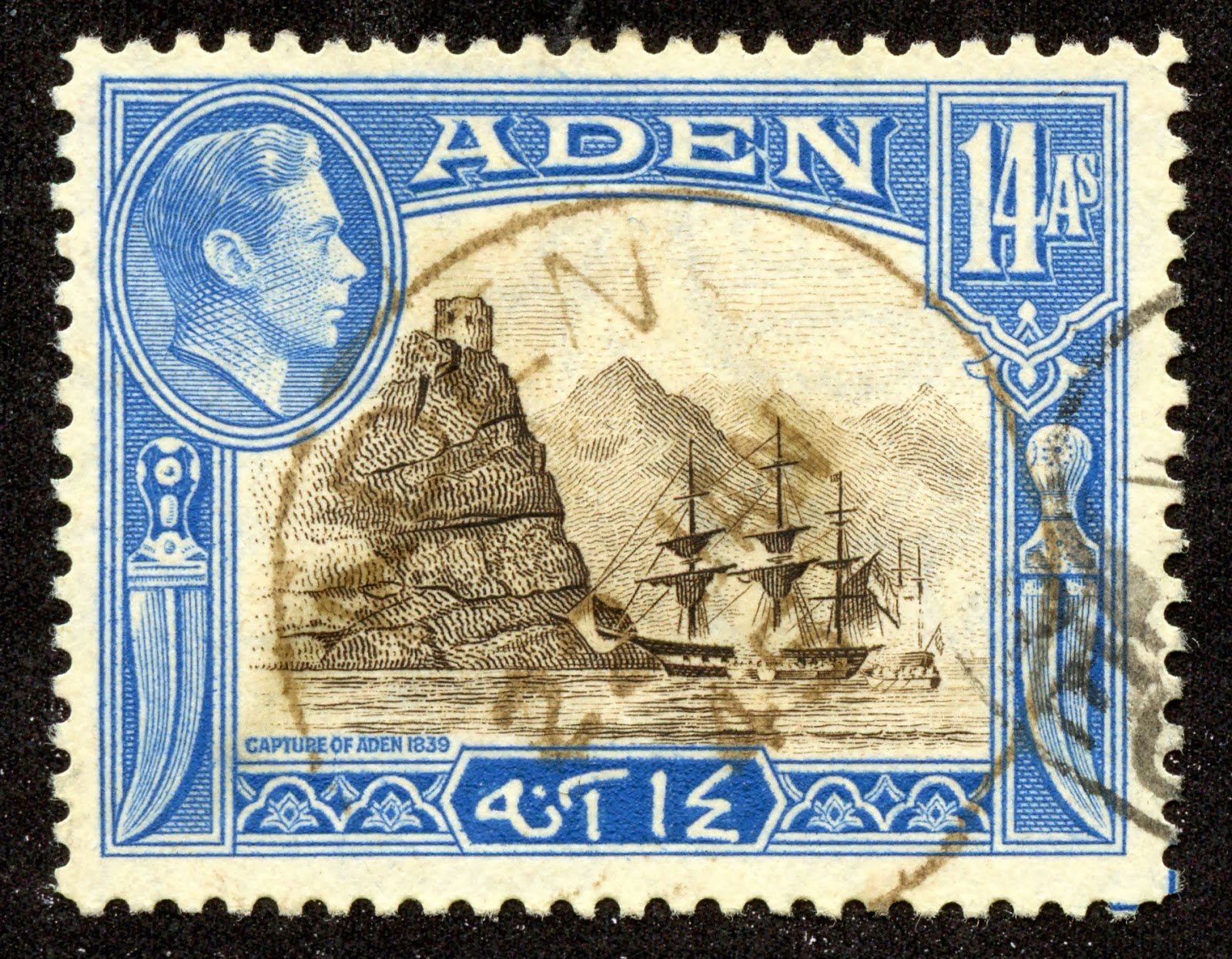 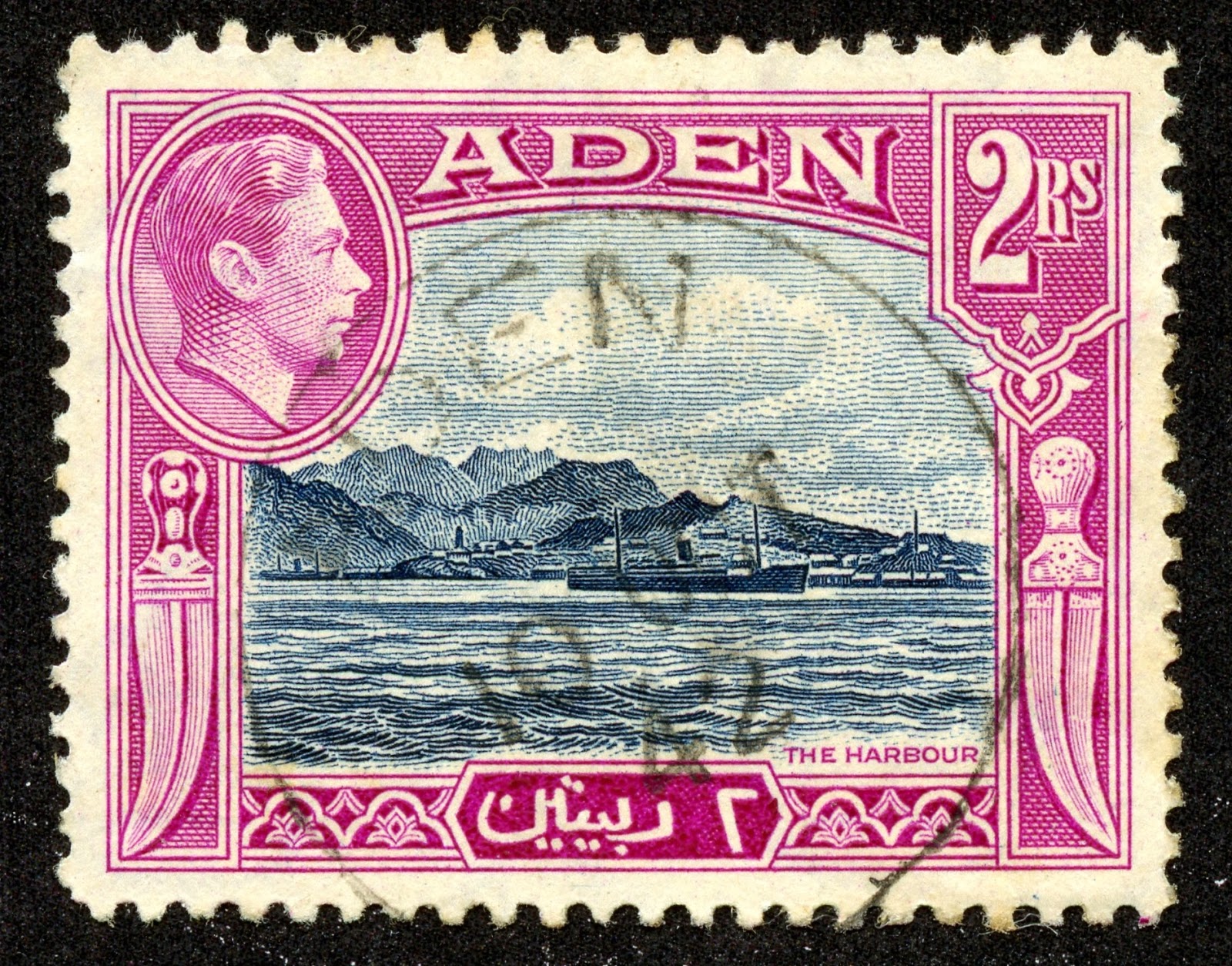 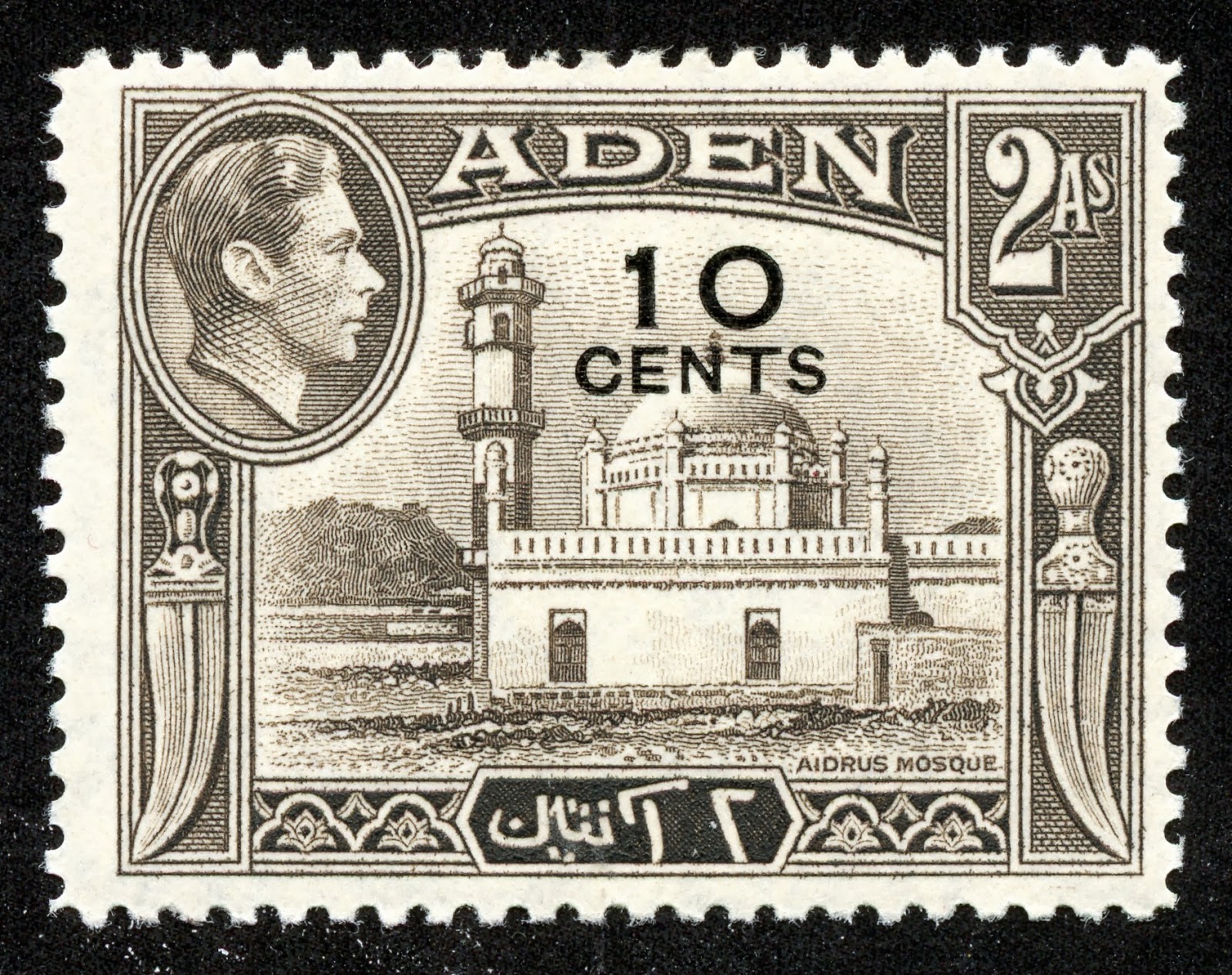 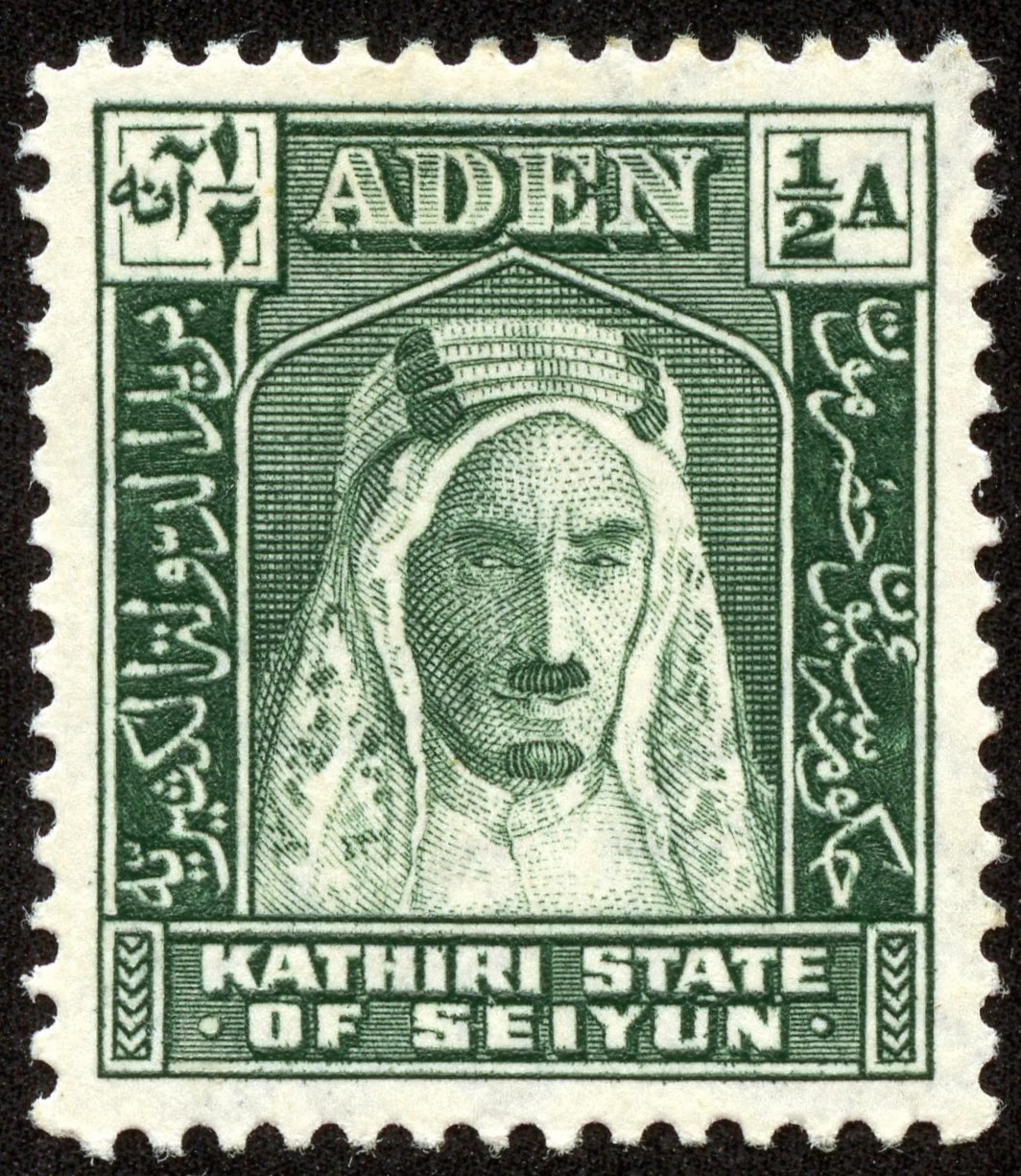 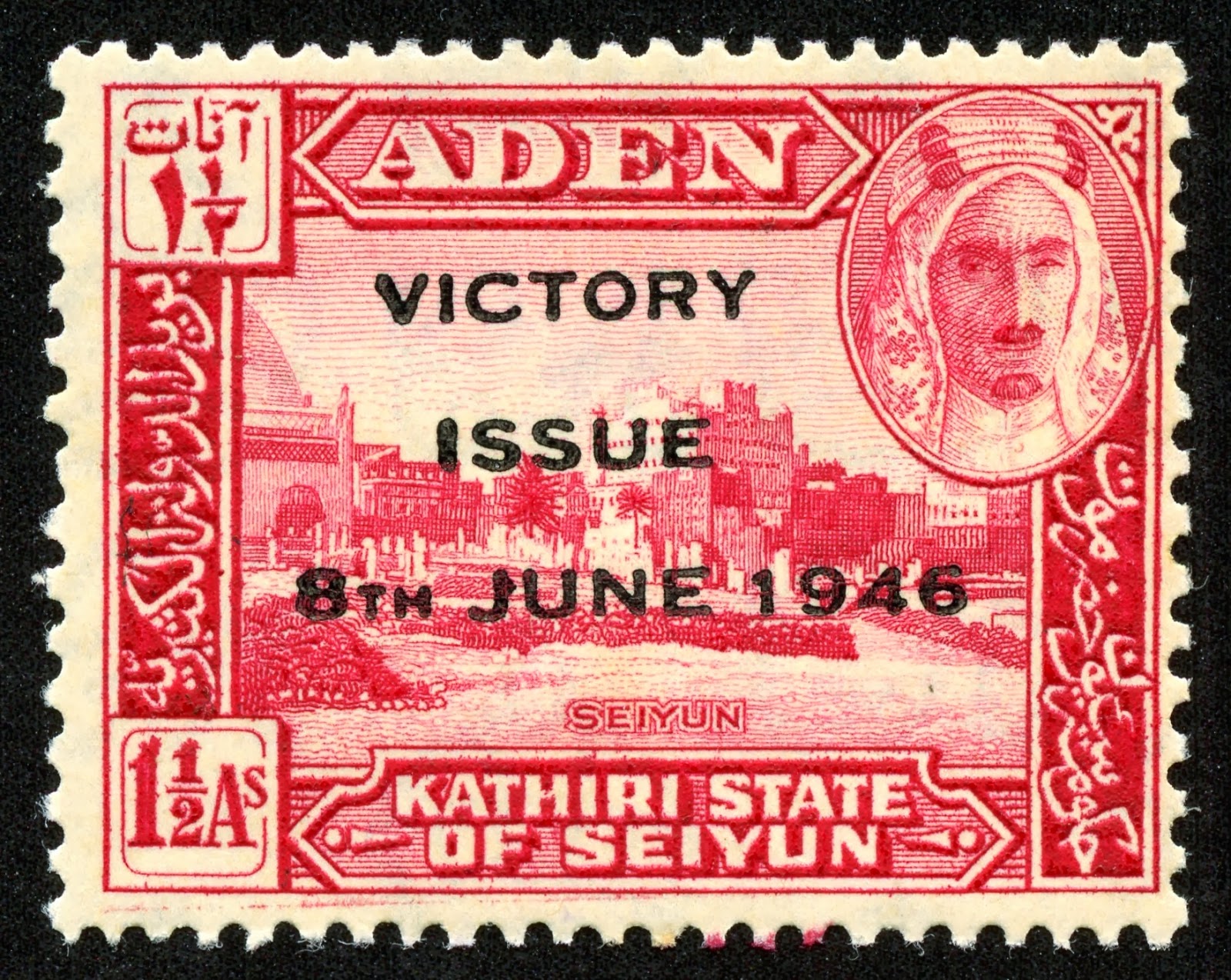 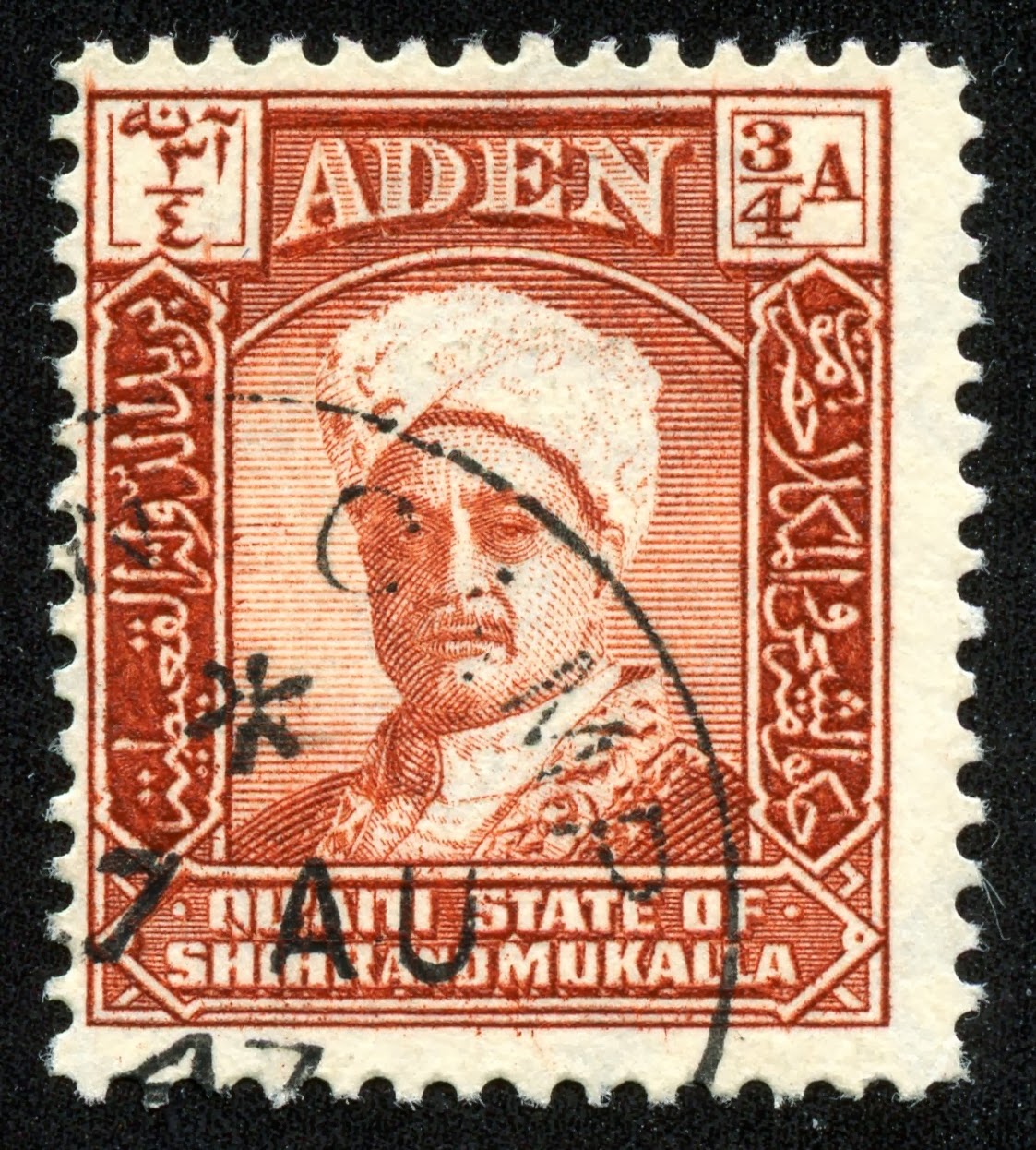 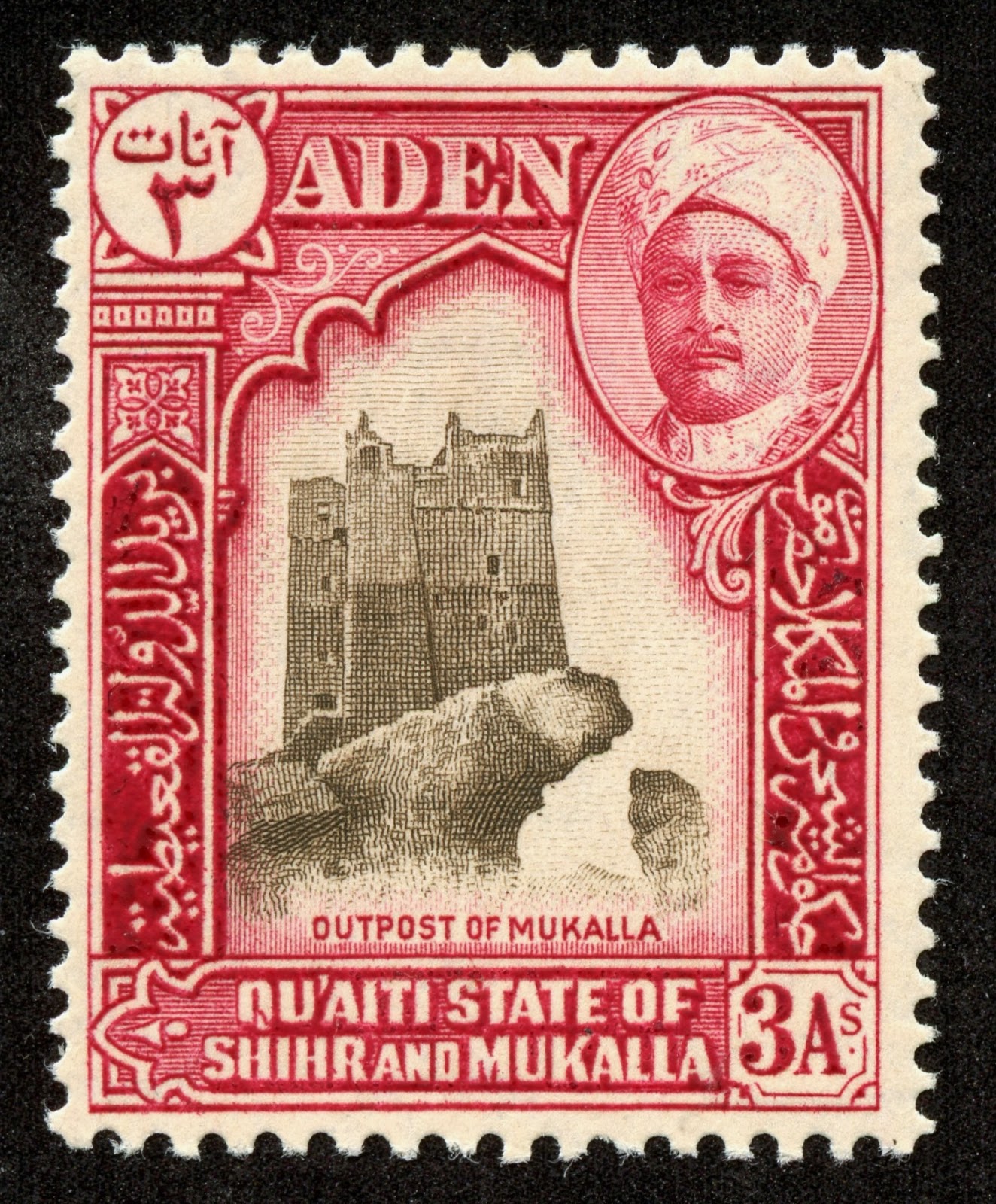 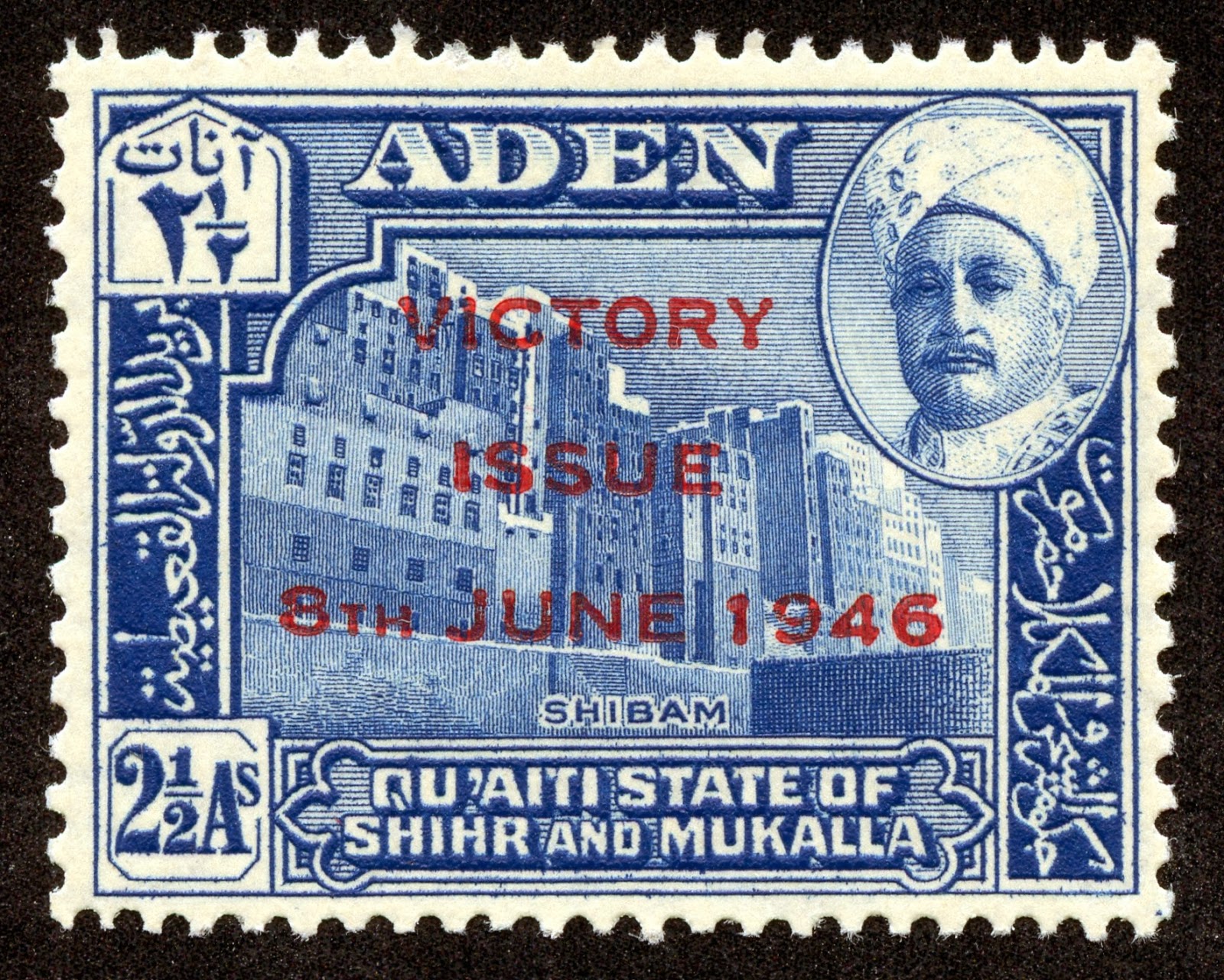 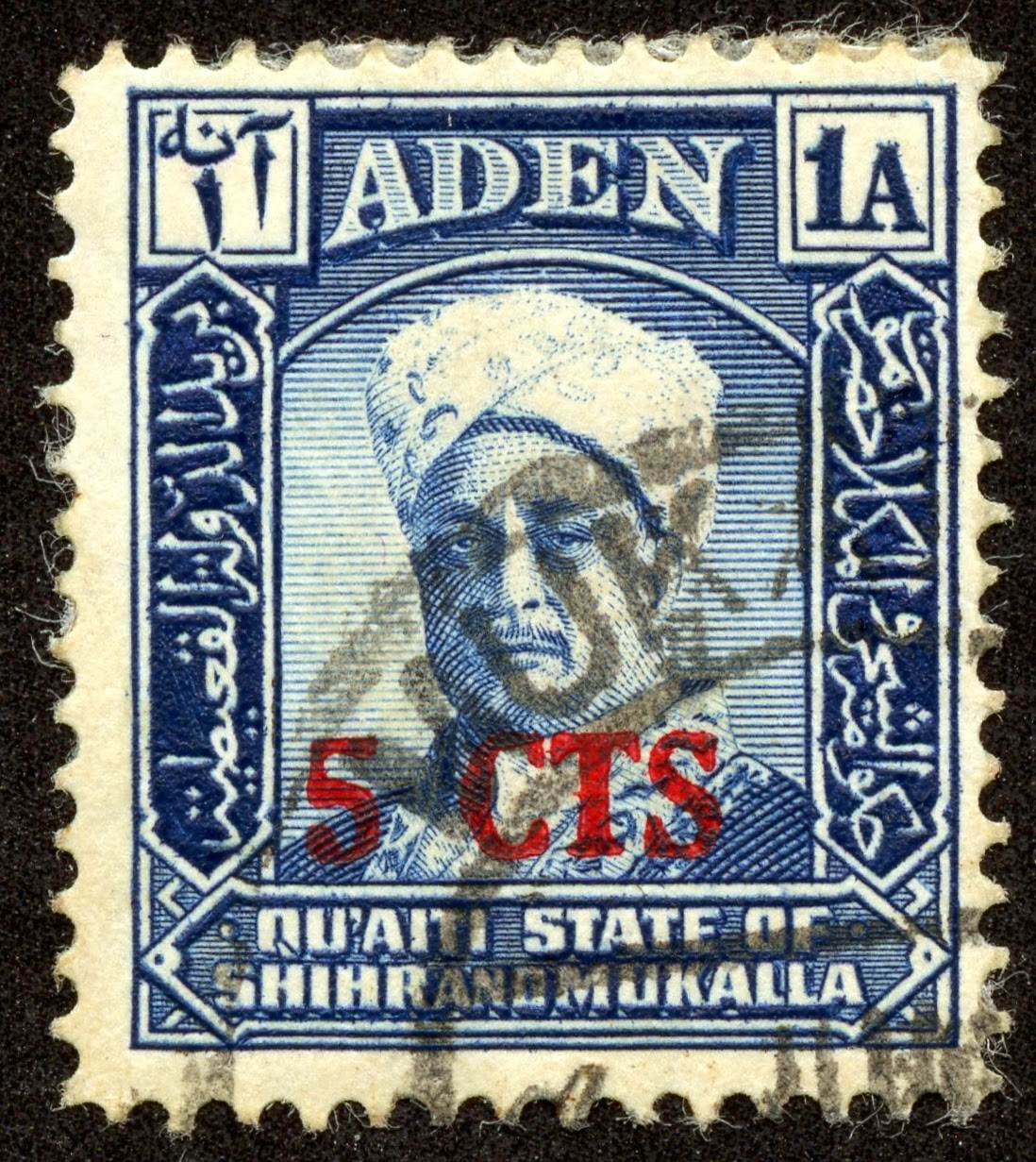 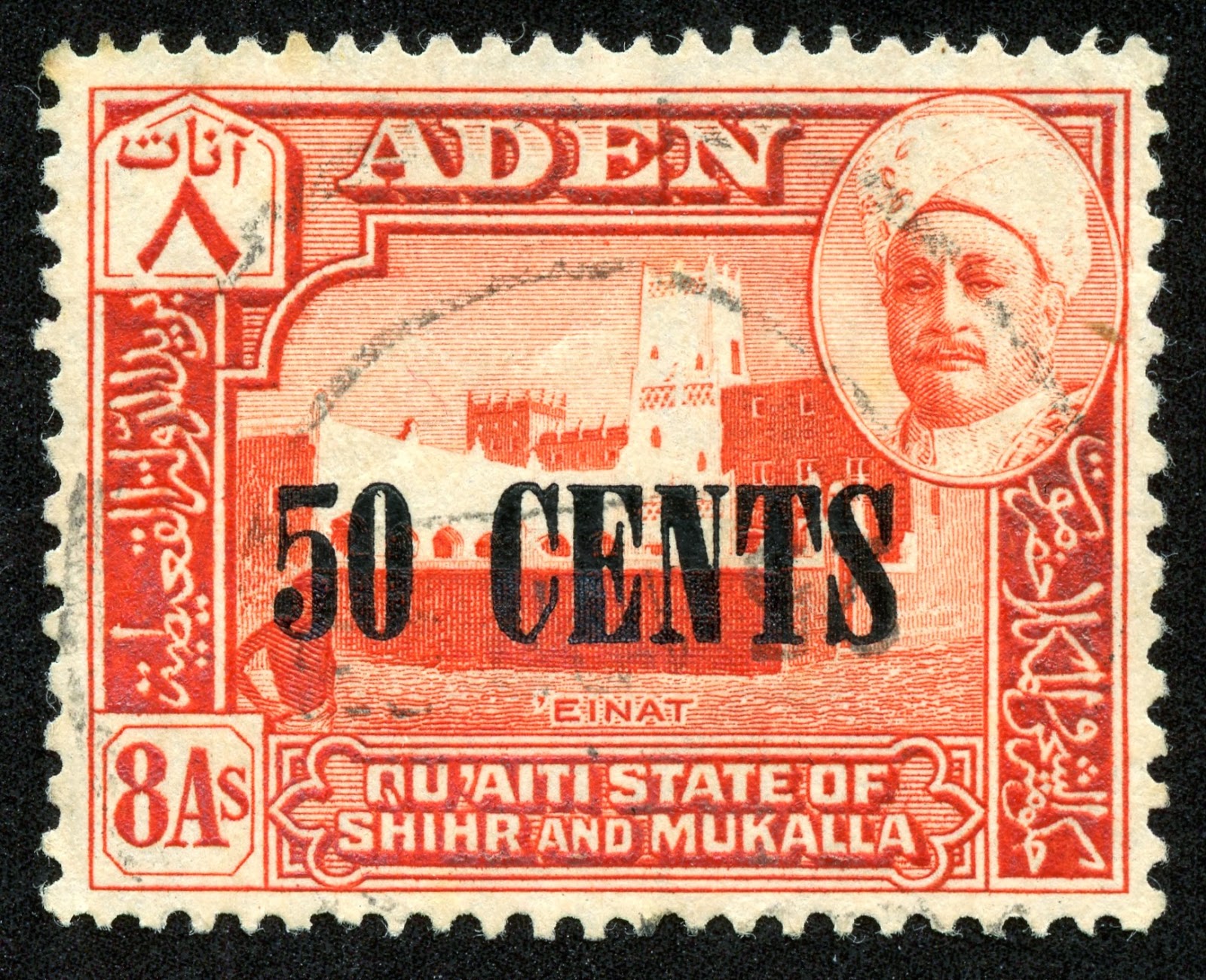 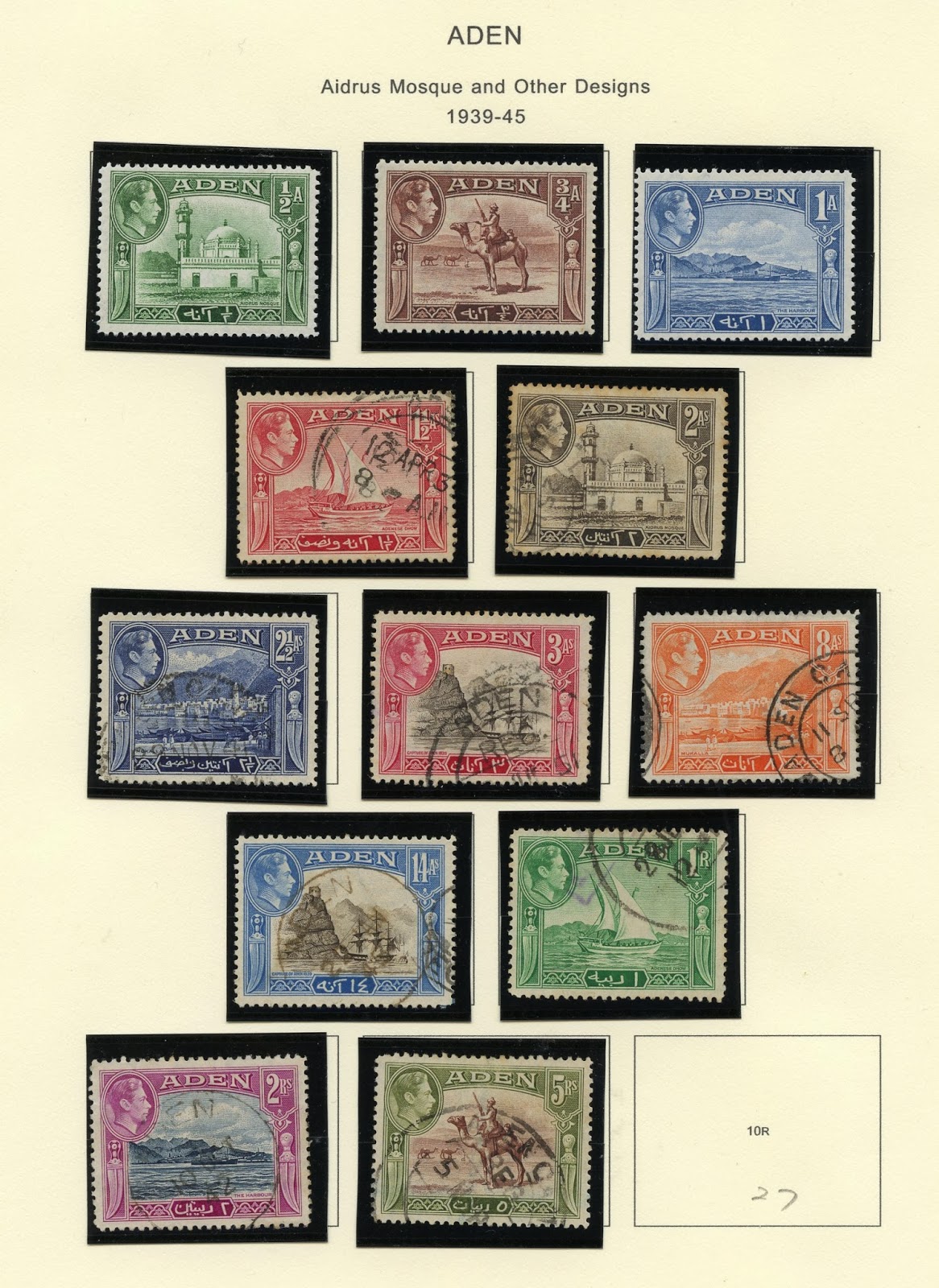 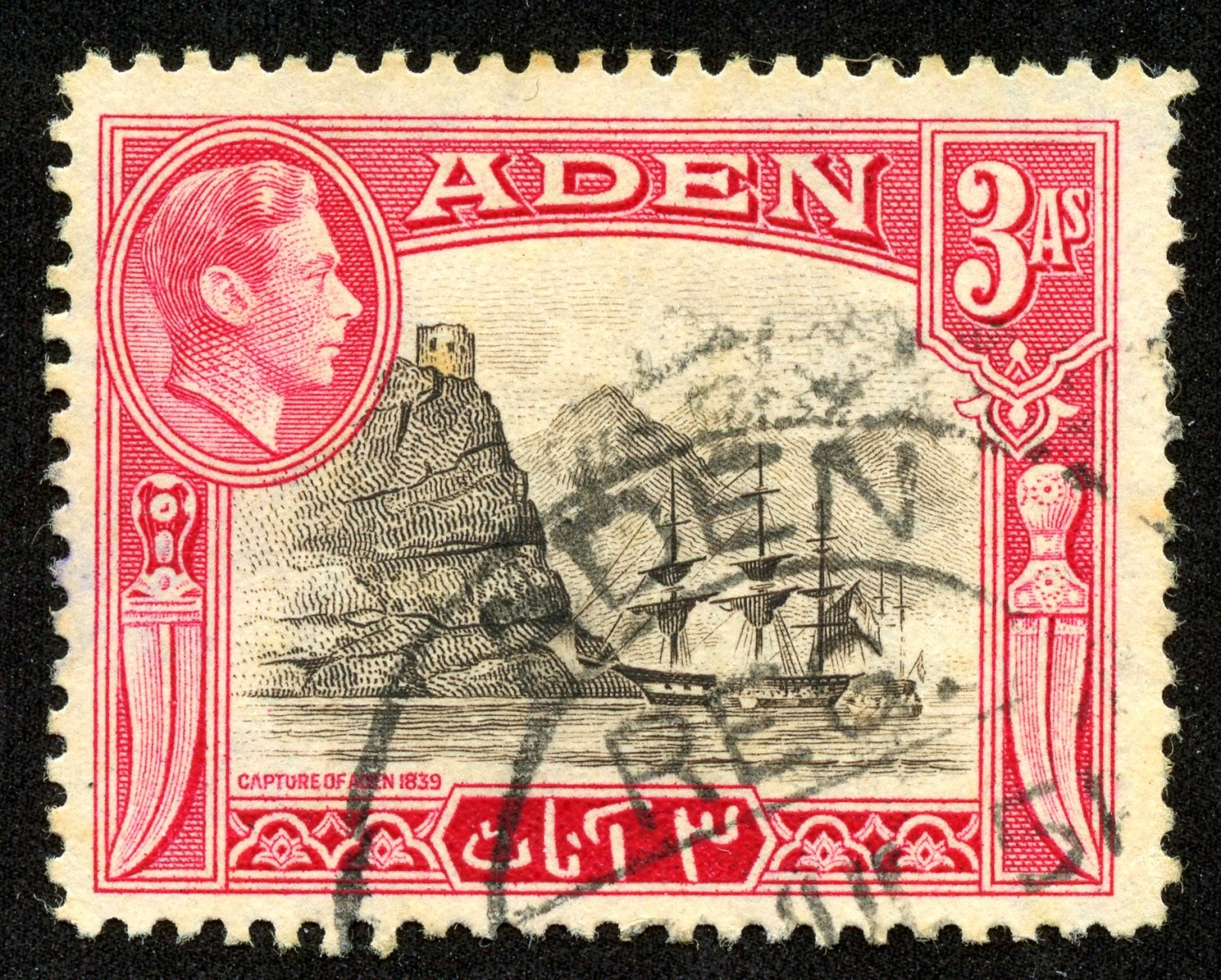 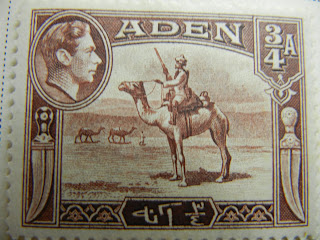 Shades available in Scott 16,17, &20. See Scott Specialized catalogue
No difference in Scott listed numbers for the 1947 Standard catalogue, except no shades listed. 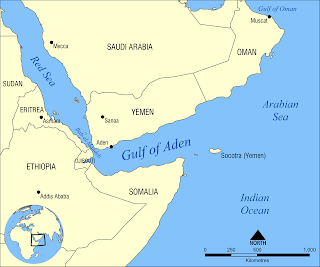 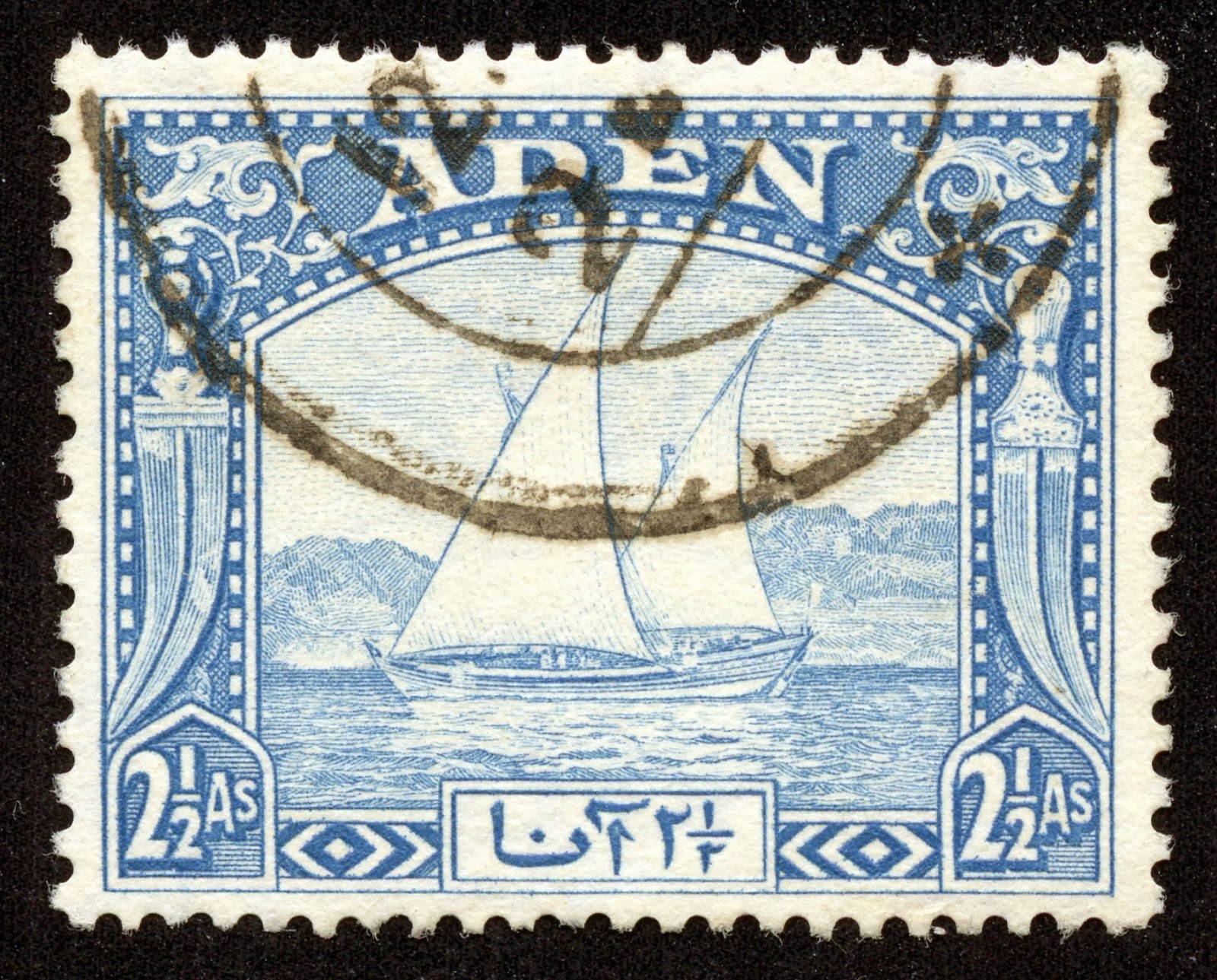 1937 Scott 5 2 1/2a blue "Dhow"
Bottom Blue Line
It is a British colony, so interest and hence expense remains a bit high for these stamps.

Note: Map appears to be in the public domain.
Note: The "Into the Deep Blue" section, as well as many of the stamp illustrations were added to the blog post in February, 2014, and published as a fresh blog post addition September, 2014.