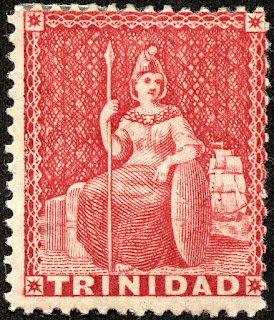 1876 Scott 58 (1p) carmine "Britannia"
Perf 14
Quick History
Trinidad is the larger and more populated of the "Trinidad and Tobago" grouping, seven miles off the coast of Venezuela. But they were separate independent British colonies in the beginning.

Trinidad in the Lesser Antilles
I've already published a blog post about Tobago and it's stamps.

The Spanish controlled the island through 1797, and the French also settled there from Grenada, Guadeloupe, Martinique, and Dominica.

Abolition of slavery was proclaimed in 1833, but the slaves were required to continue to work on the plantations  until 1840.

Labor was then imported from China, Madeira, and India (as indentured servants).

(The East Indian population eventually prospered, and now represent 36% of the population.)

Sugarcane plantations, then cacao cultivation with chocolate production was an economic mainstay.

Venezuelan farmers were brought in to help with the cacao cultivation.

Trinidad and Tobago
Stamps were introduced in 1851, the seated "Britannia" design. 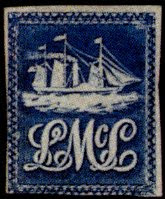 5c "Lady McLeod" Stamp
But the most famous (and expensive- CV $12,500 used) early stamp for Trinidad is from the 1847 private local post that carried letters on the "Lady McLeod" paddle steamer between Port of Spain and San Fernando. Needless to say, I won't be owning one of these for a long time. ;-)

The two British colonies of Trinidad and Tobago were united from 1889 until 1899, when Tobago became a ward of the larger island.

The last new Tobago stamp was issued in 1896. 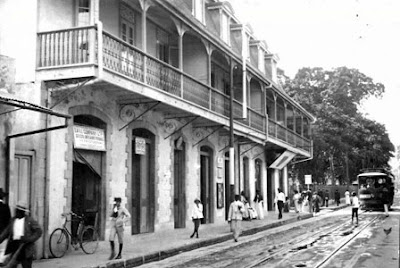 The last new Trinidad stamp was released in 1910.

Beginning in 1913, "Trinidad" stamps were superseded by those inscribed  "Trinidad and Tobago". (We will have a separate blog post for them.)

In the 1930s, cacao production took a sharp drop due to disease and the great depression.

But oil and gas production rose significantly, and is now the leading economic export.

Trinidad and Tobago became self-governed in 1958, and independent in 1962. 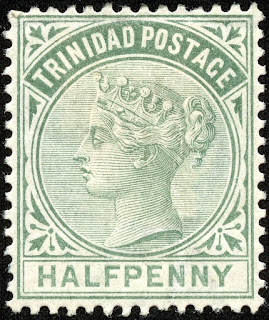 They also are costly: from $tens to $hundreds to $thousands. Unless the WW collector has a particular interest, or can afford to spend money on these issues, the collector may need to be satisfied with a few specimens.

The rest of Trinidad's issues, save for the 1893-94 Official issue, are less expensive for the collector to obtain. 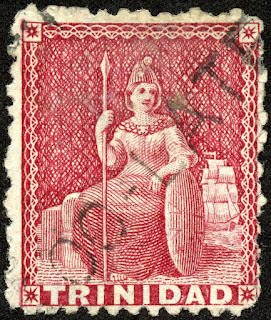 But the general WW collector may only want to pick up a representative sample of these stamps. 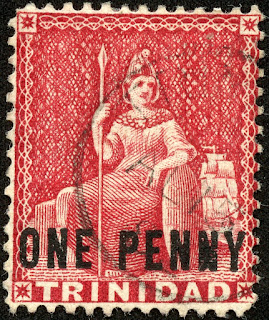 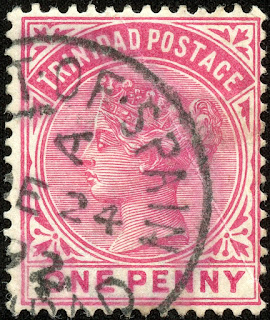 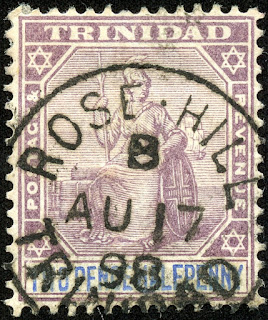 I have been unable to ,locate the "Rose Hill" postmark, although there is presently a Rose Hill school. Readers? 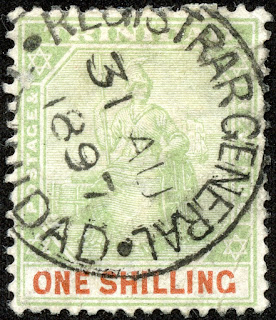 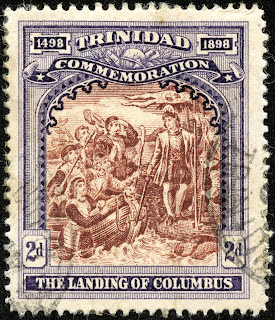 This is the first Trinidad commemoration stamp. They certainly had justification, as Columbus did indeed sight and name their island. 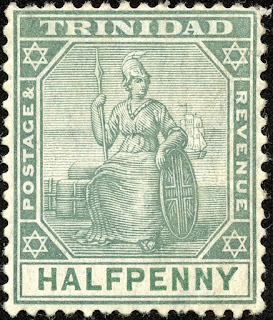 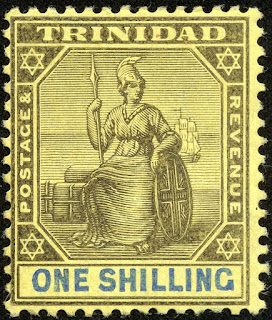 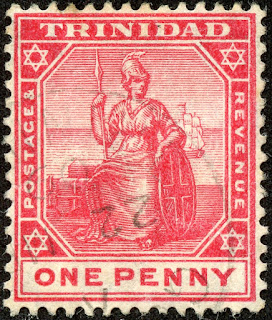 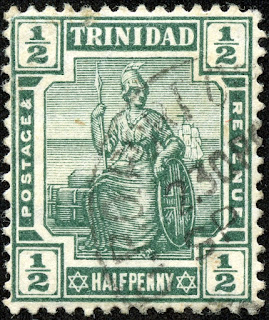 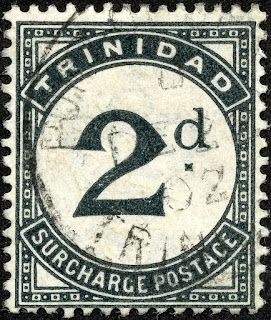 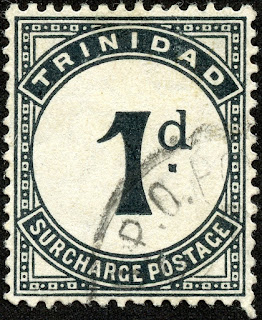 Note: if one needs a refresher on British Colonial common watermarks, consult the Gibraltar post.

1883-84 Issue in Deep Blue
Deep Blue (Steiner) has nine pages for the 1851-1910 stamps of Trinidad. All of the major Scott numbers have a space. If one is seriously collecting the 1851-1872 issue stamps, the many minor number shades will not have a designated space. 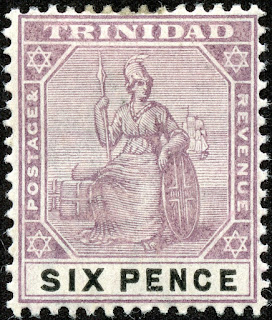 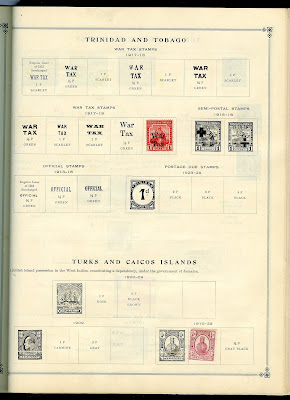 Surprisingly, the '69 has no expensive stamps ($10 threshold) required. This is mainly achieved by initiating coverage in 1876, hence avoiding the earlier expensive "Britannia" issues. 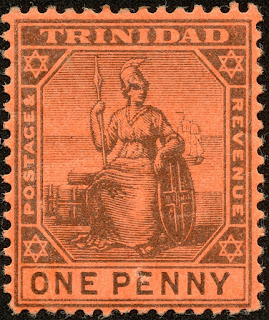 1904 Scott 93 1p black/red, Wmk 3
Type II = Oval "O" in ONE
Out of the Blue
I find it ironic that there will be three posts on the blog about Trinidad & Tobago- because Scott splits up the coverage for the earlier issues for the islands- but only one for, say, Sweden. ;-)

Note: Maps,"Lady McLeod" stamp image, and the Port of Spain pic appear to be in the public domain.