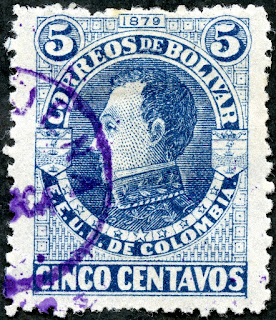 Colombian States - Bolivar 1879 Scott 11 5c blue "Bolivar"
Dated "1879"; White Wove Paper; Perf 12 1/2
Into the Deep Blue
Until the revolution of 1885, the States (including Bolivar) making up the United States of Colombia were sovereign states. After 1886, they then became Departments with governors appointed, but retained some of their rights, including issuing stamps up to 1904. 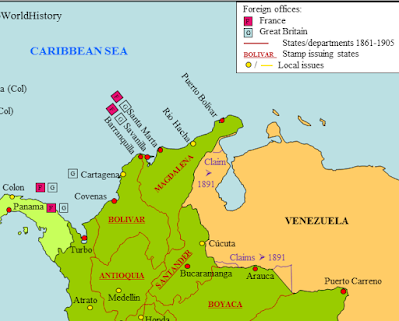 Colombian States - Bolivar
Colombia (Map by Gerben van Gelder )
For Bolivar, stamps were issued between 1863-1904.
This is, of course, a bit in the philatelic backwaters of WW collecting, but Bolivar stamps are often quite CV inexpensive, and offer interesting identification challenges (Design, Paper). 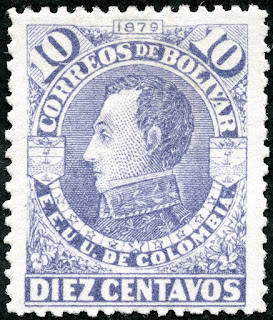 1979 Scott 12 10c violet "Bolivar"
White Wove paper, Perf 12 1/2
Dated "1879"
In 1879, the lithographed above design was issued in three stamp denominations, dated "1879". Of interest, the paper is either white wove or bluish laid: each a major number and an inexpensive CV.
This was the first perforated issue. The preceding ten stamps (major numbers) for 1863-1878 were imperforate (I don't have any). 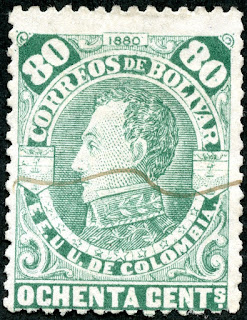 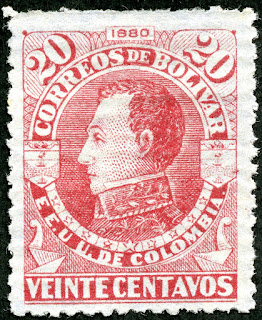 1880 Scott 27 20c red "Bolivar"
Bluish Laid Paper
For the 1880 issue, four stamps can also be found on bluish laid paper (major numbers).
My scan washed out the bluish tint, but direct inspection reveals that this example is definitely laid bluish. 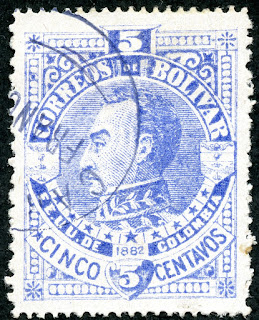 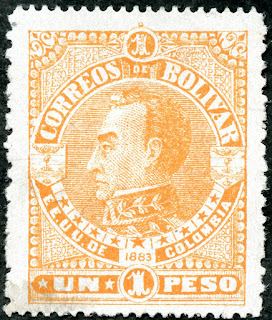 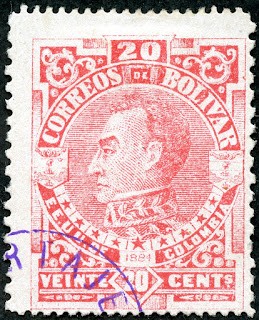 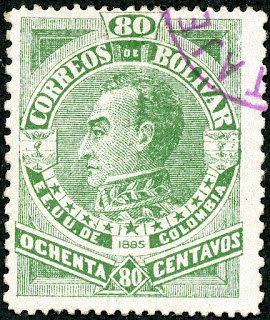 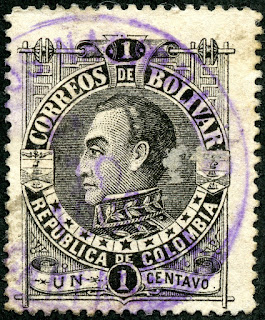 1891 Scott 60 1p purple "Bolivar"
For 1891, a new design "Bolivar" issue of six stamps was released.
Of interest, the stamp appears "black" with the scan, but eye inspection reveals "purple". 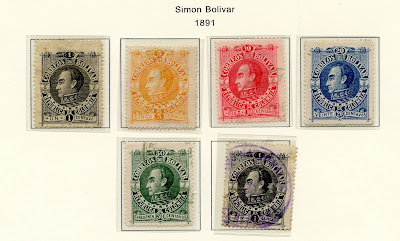 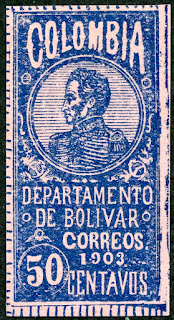 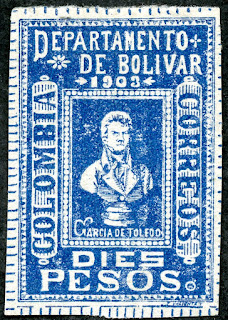 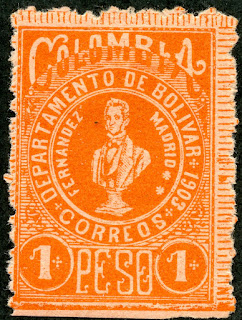 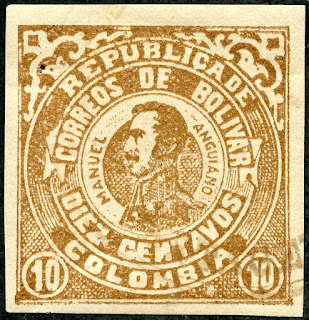 1904 Scott 90a 10c brown "Manuel Anguiano"
This 1904 lithographic issue for Bolivar consists of three designs and four denominations. CV is <$1-$16.
The major numbers have sewing machine perforations, and Scott lists imperforate pairs as minor numbers. My example looks like an imperforate, although obviously not a pair. 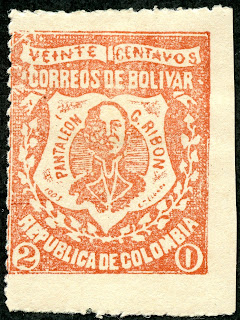 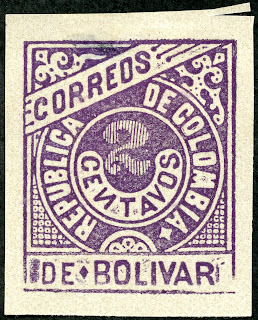 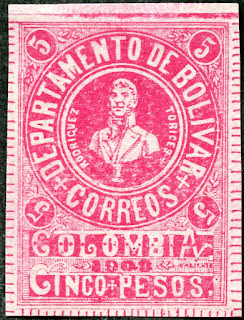 1903 Scott 67  5p carmine rose/lilac
"Jose Rodriquez Torices"
Imperforate;  Laid Paper
Out of the Blue
I know we are a bit in the weeds with the Colombian States issues, but I find them fascinating. And they generally have a low CV.  I didn't say they  are easily obtained, however.
Comments appreciated!
Posted by Jim at 7:00 AM