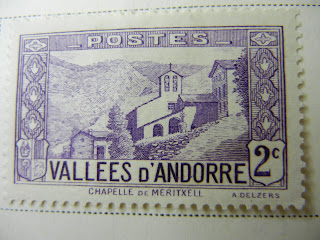 1932-39 French Scott 24 2c violet "Chapel of Meritxell"
Quick History
Andorra provides for the Stamp Collector two stamp issues (Spanish Administration and French Administration) for the price of one country. It has been a co-principality since 1278; the president of France and the Bishop of Urgell, Catalonia,Spain sharing control. Andorra ( population 5000 in ~1935) is located in the Pyrenees Mountains between Spain and France, and Andorra La Vela has the highest elevation (1023 meters) of any European capital. The official language is Catalan, and today tourism accounts for 80% of the GDP.

Trivia: Andorra declared war on Germany during WW1, but did not actually fight. This remained in effect until 1957 as Andorra was not part of the Treaty of Versailles. 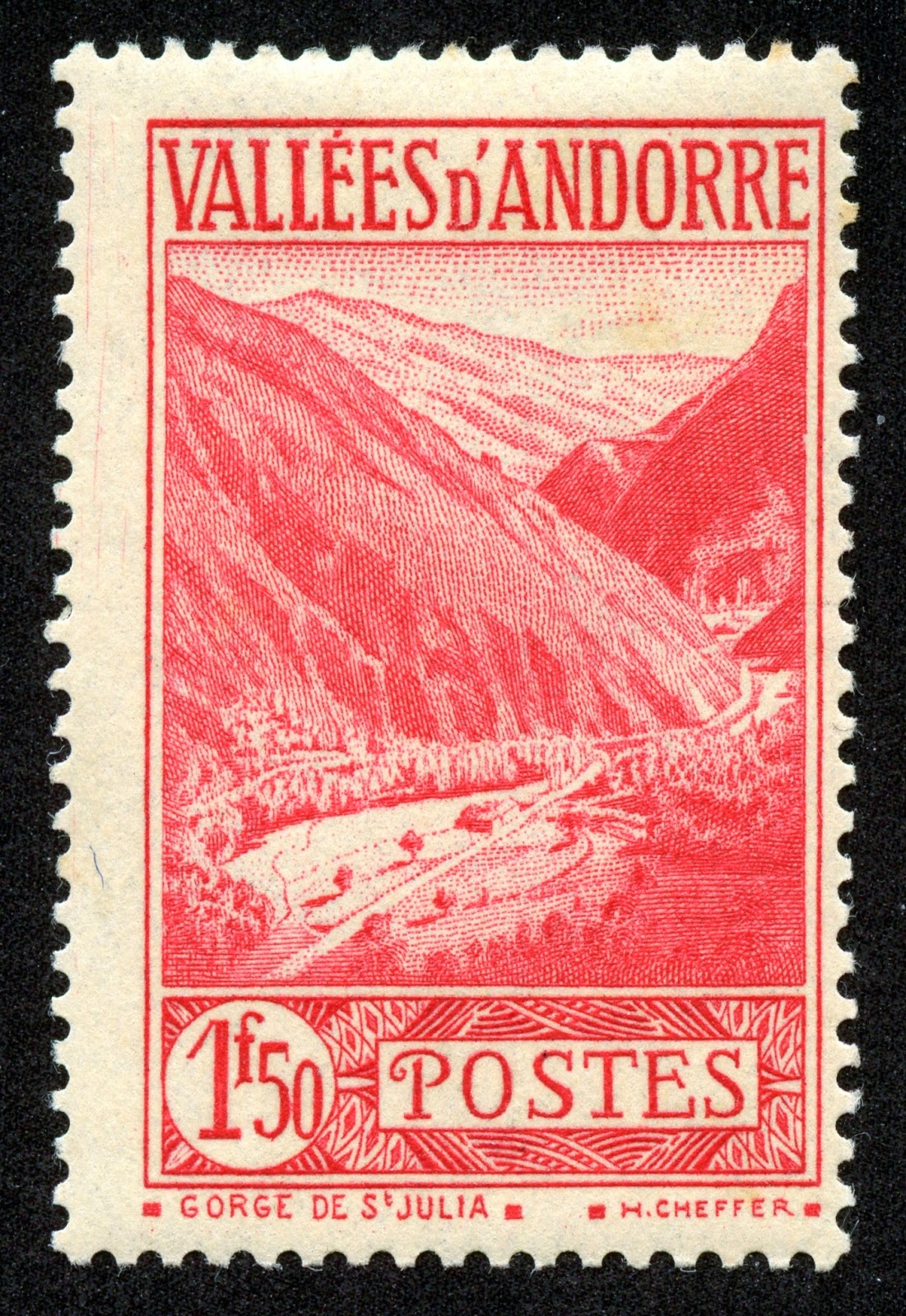 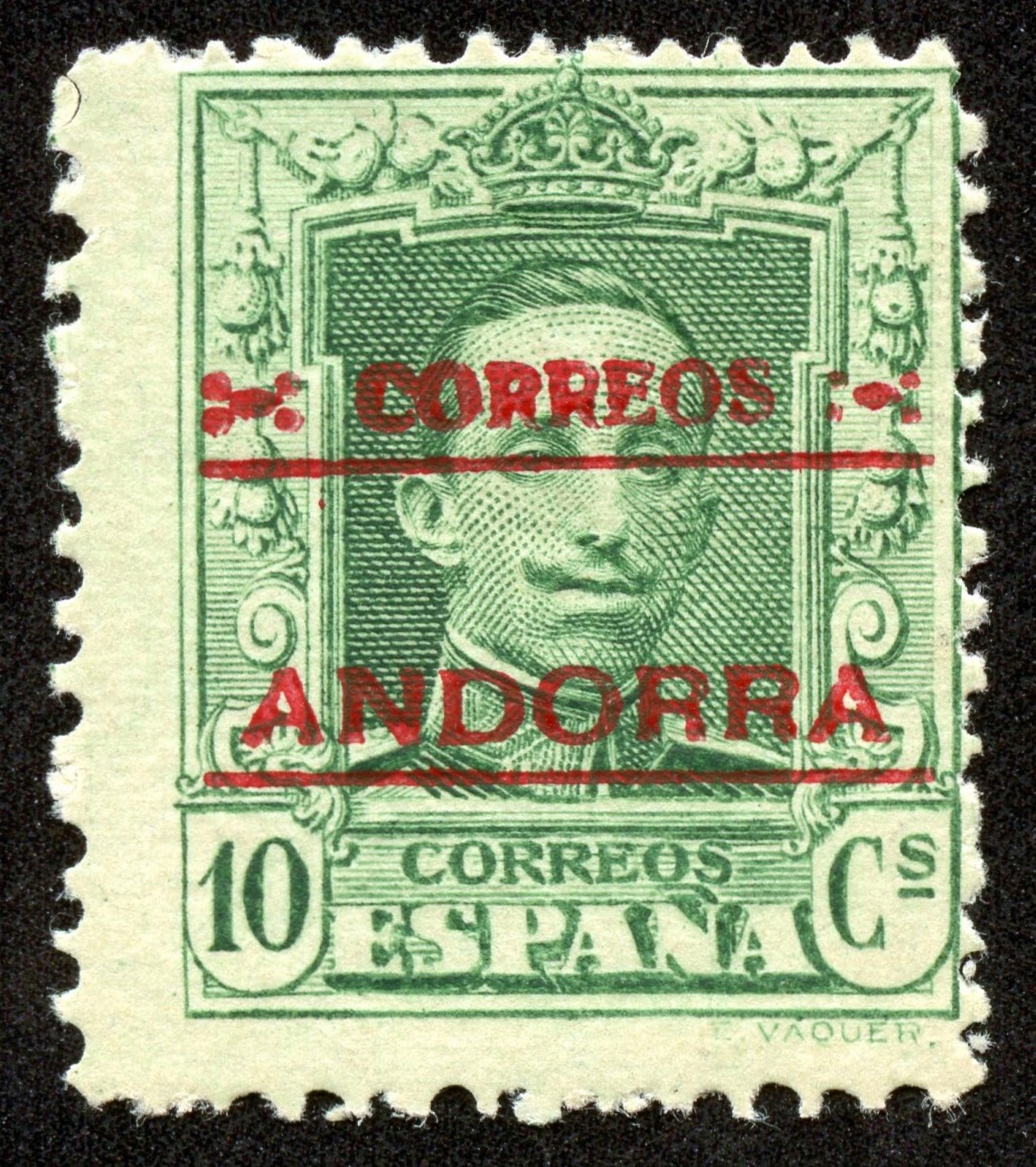 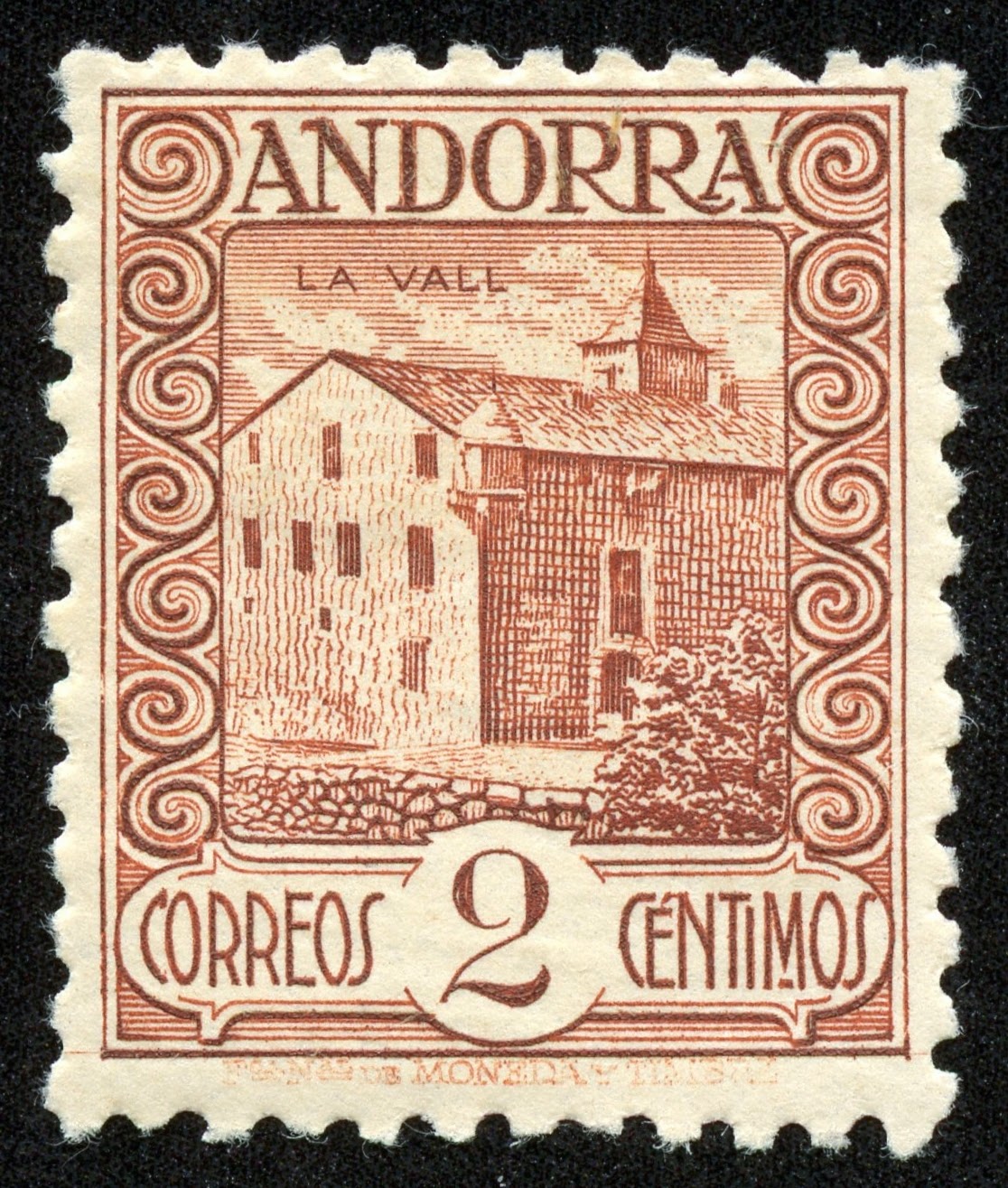 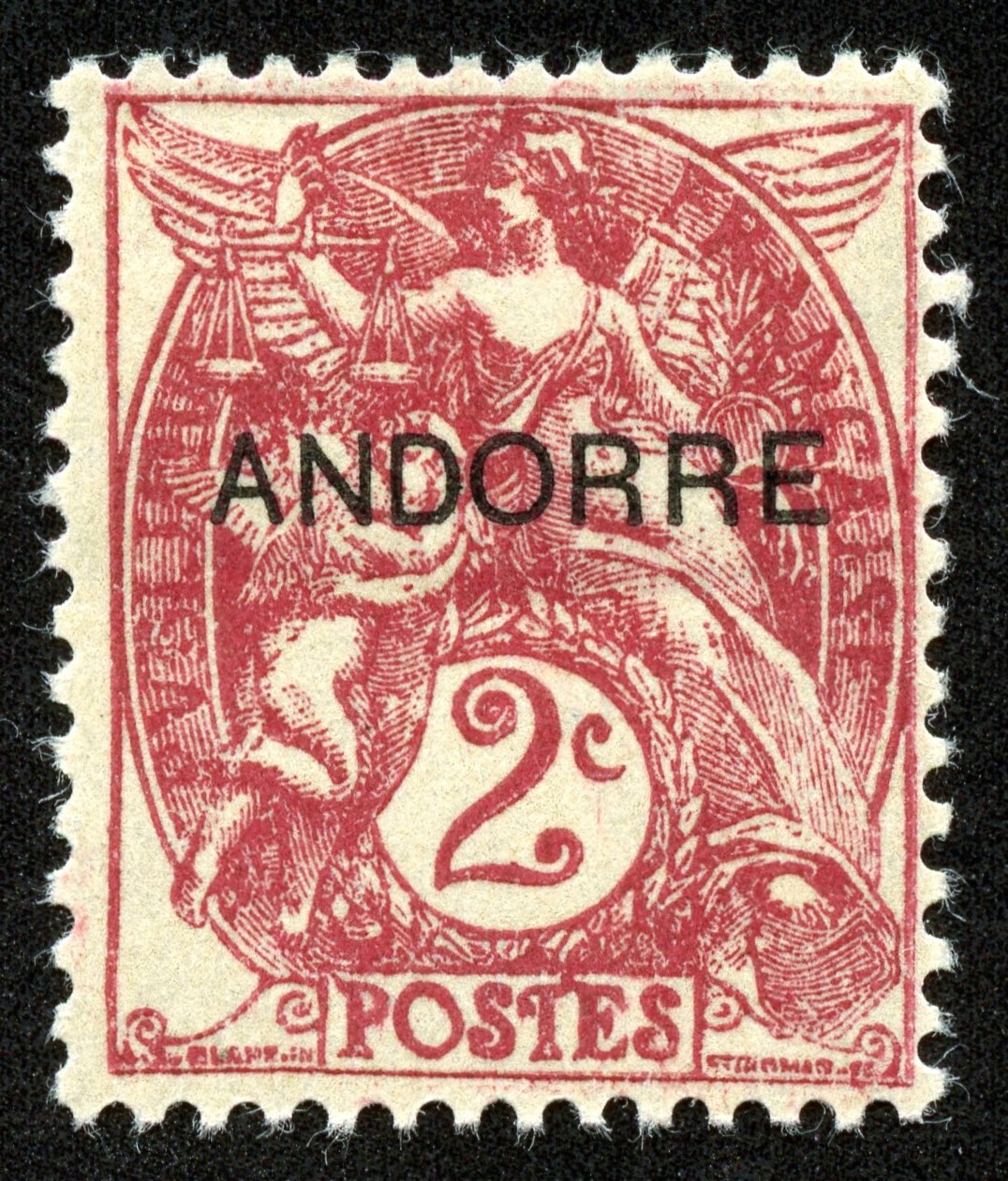 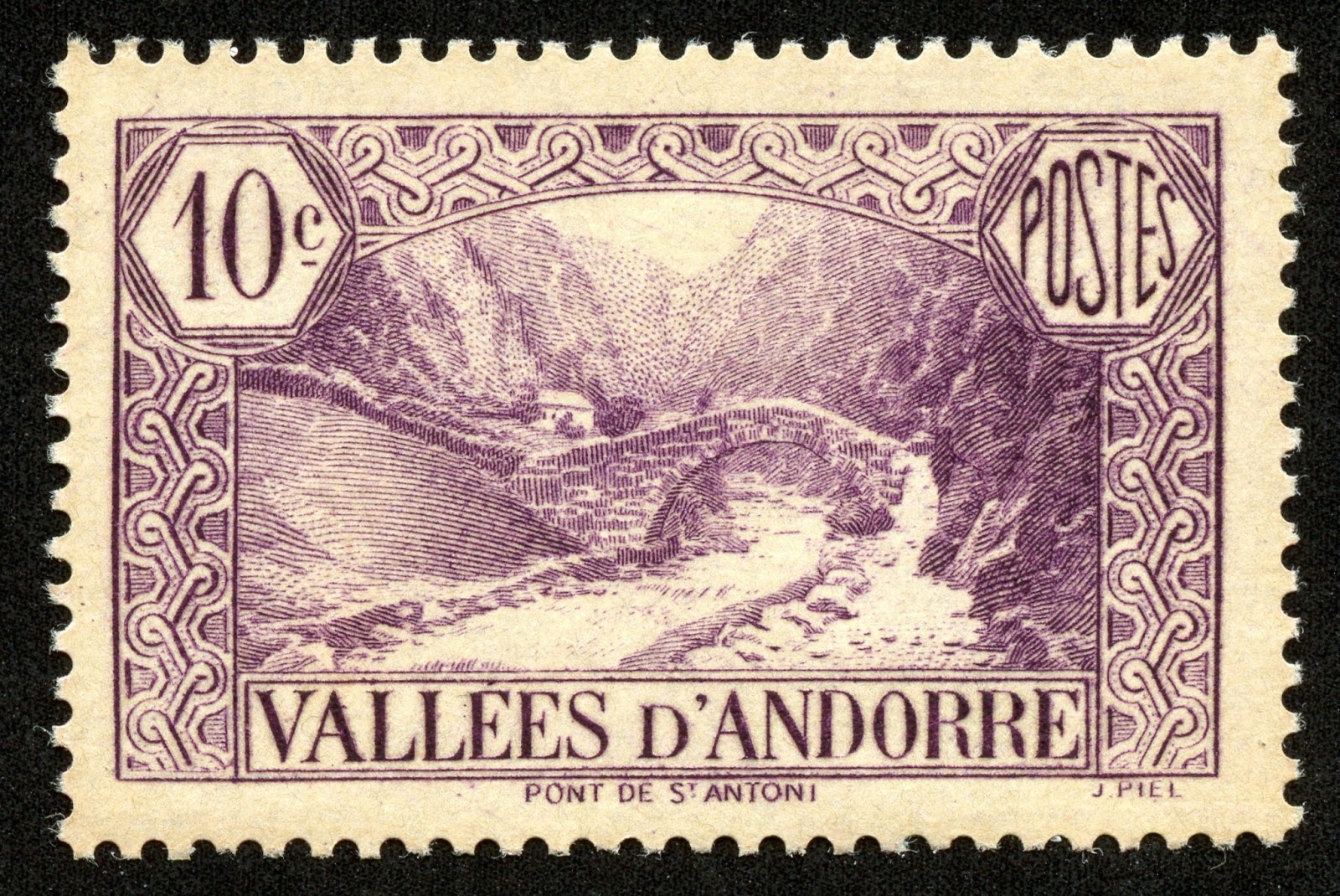 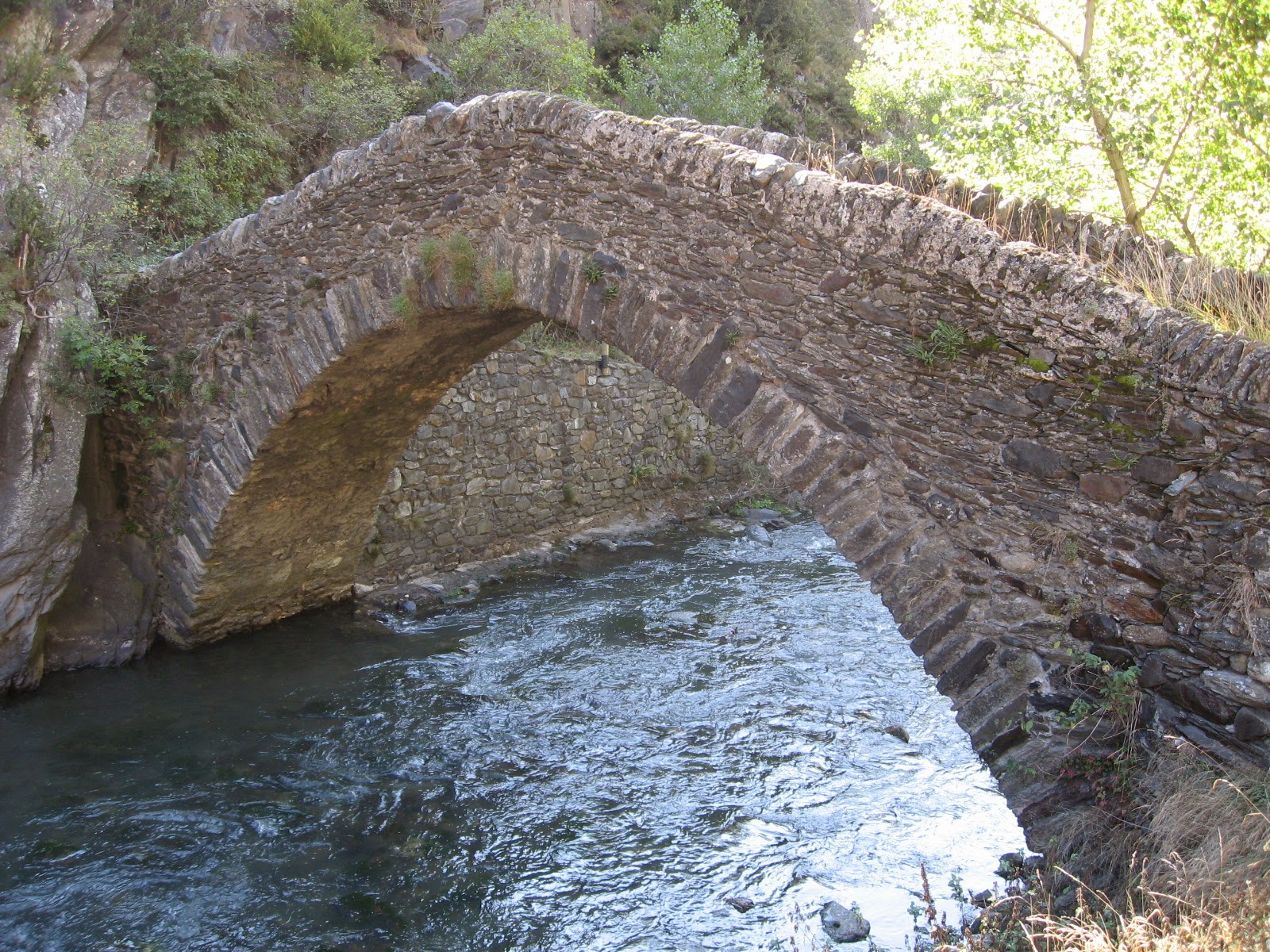 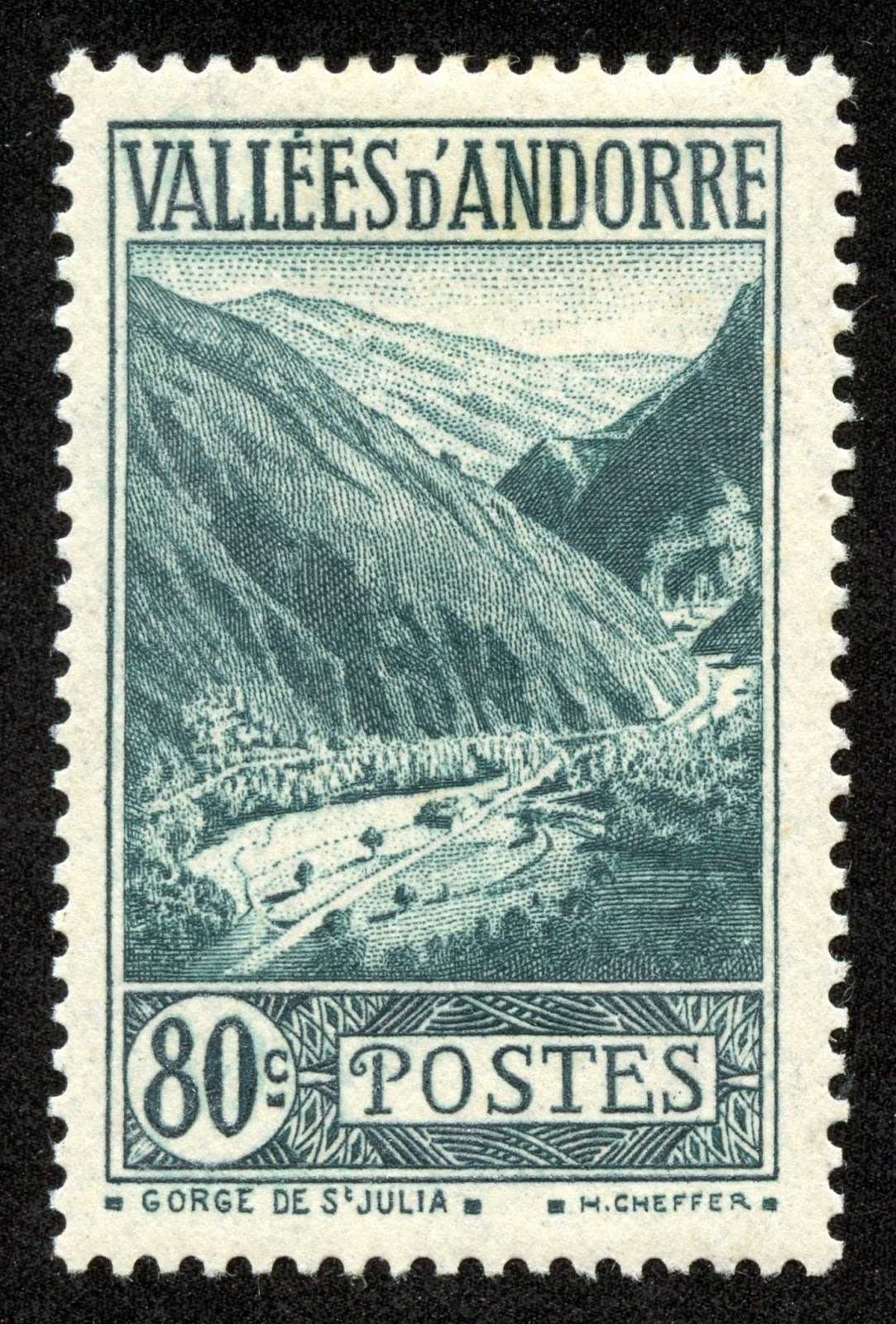 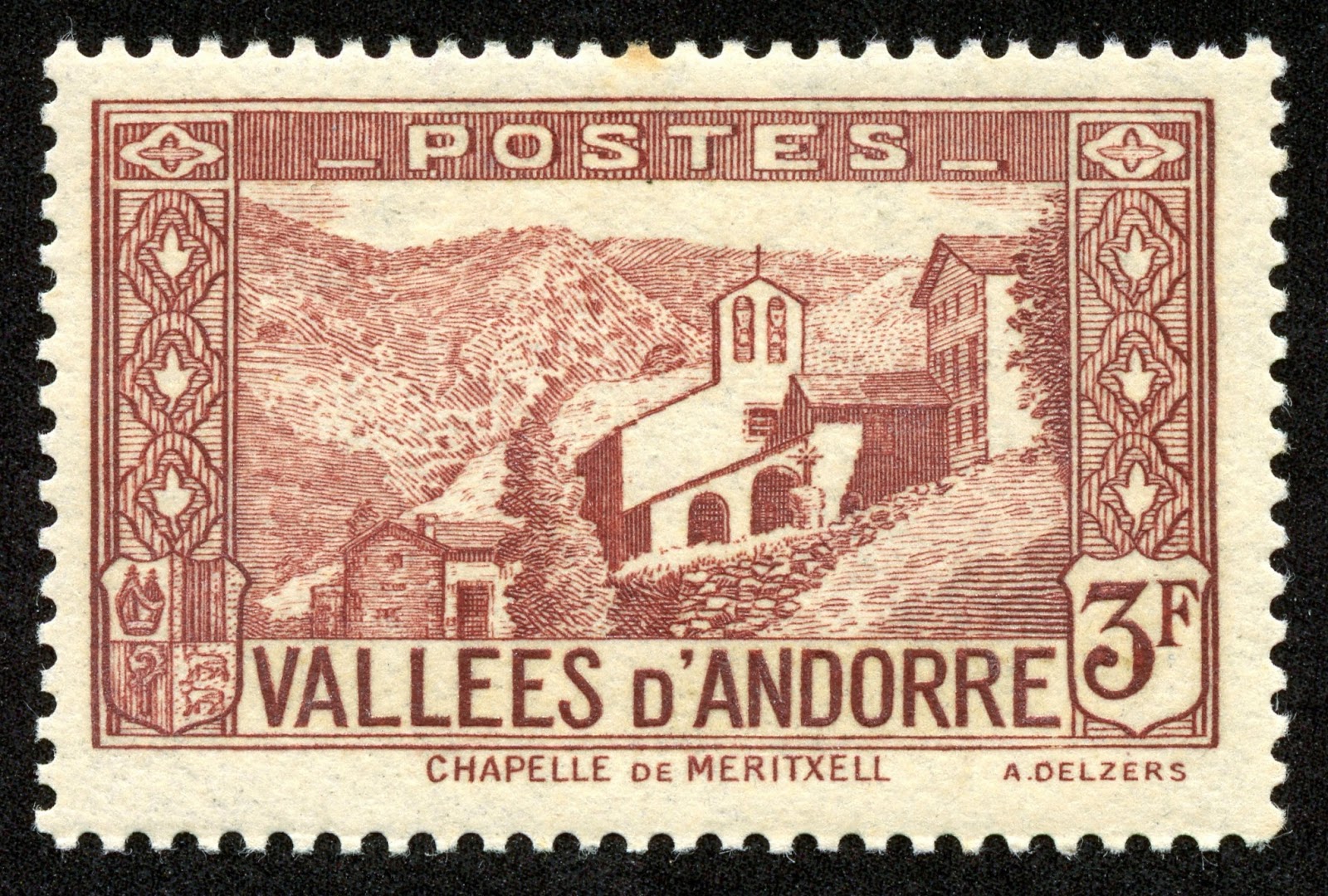 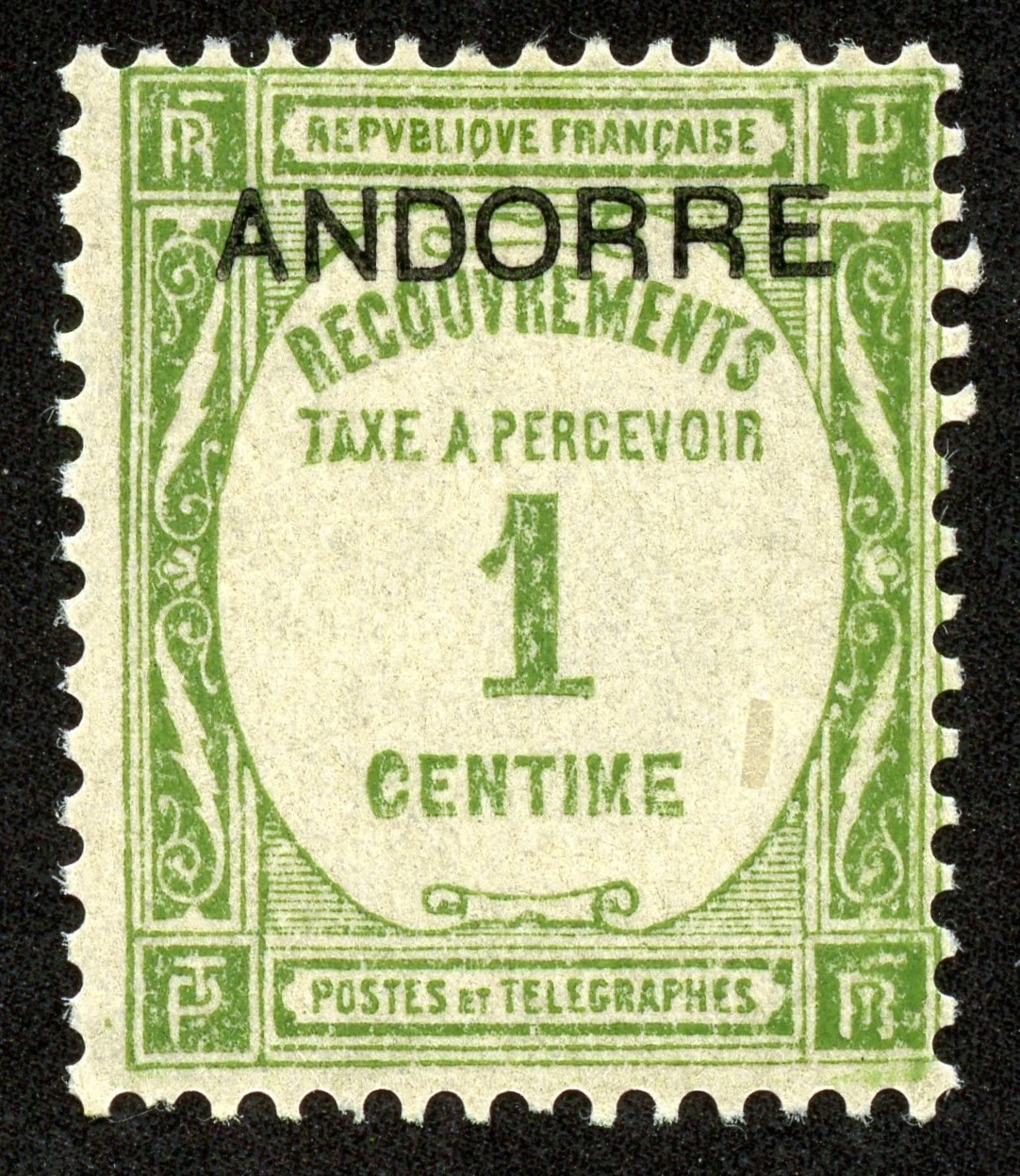 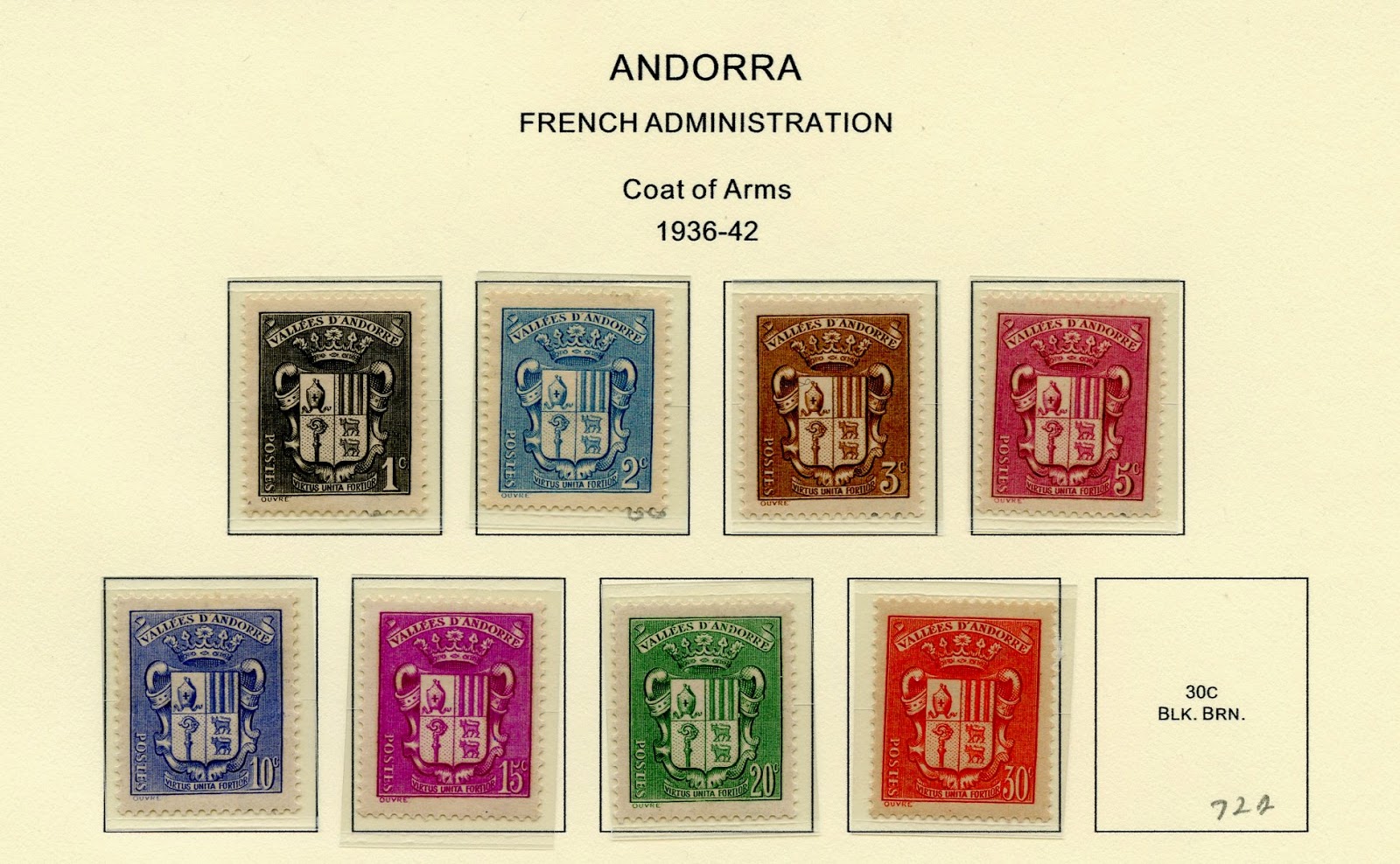 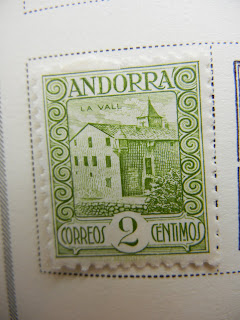 Big Blue has 44% coverage for Spanish stamps, 37% for French stamps and 40% total coverage.

I wonder if Scott really mean to put a $65, or possibly a $160 valued stamp in there, as there is an alternative for $2+. Let's take a closer look.

Here is the 1929 series that is illustrated/described in Big Blue.

Here is the 1936 series-same illustrations, but usually in different colors and some different denominations- that is not in Big Blue.

It would have been nice if the 1936 series have been included in Big Blue.

But the big question- Did Scott mean to include a $65 or possibly a $160 stamp for an album that originally was meant for "Juniors"?  The Scott 19 30c olive brown is included in the 1941 Junior album I have.

Personally, I will likely choose 2), as I like to keep the same series together.

I did not find any additional Spanish stamps( using a $4 cutoff)  that could (should) have been in Big Blue, other than the 1936 series already discussed. 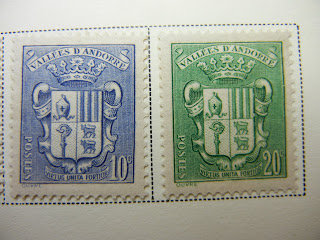 The 1947 Scott Standard Catalogue has the same numbering for the French stamps, and the same for the Spanish stamps except for the 1936 series. 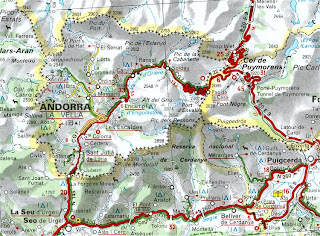 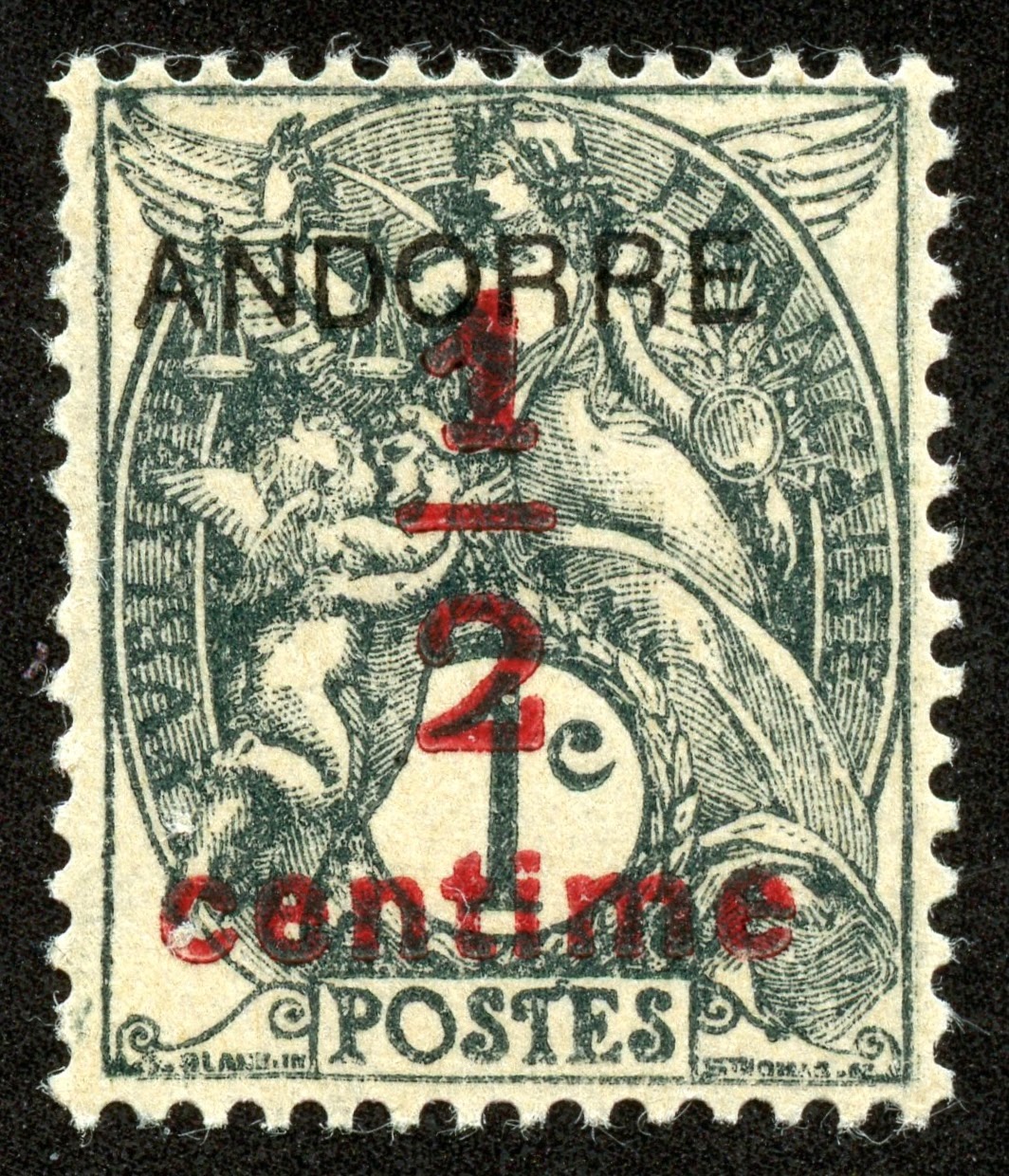 What I would like to note is a curious omission in the French 1936-38 (actually ended in 1942)  "Coat of Arms" issue. Big Blue  begins the series with an illustration of Scott 66, the 2 cent blue. The next two illustrations are for Scott 67, the 3 cent brown, and Scott 68, the 5 cent rose lilac. The valuations are all for 20 cents. What do they all have in common? They were the first of the series, and came out in 1936.

But there is also a Scott 65, the 1 cent black, that is valued at <$1. It is not illustrated, although one would think a one cent would have an illustration to the left of the two cent.  BUT IT CAME OUT IN 1937.

So Scott never revised the original illustrations -done sometime around 1936- when the 1937 1 cent came out.

Recall Big Blue started out as a "Junior" album, and this layout is ALREADY present in my 1941 Junior.
If the "Junior" album already had illustrations/descriptions of a series that started in 1936 or earlier, any series stamps issued during 1937-1940  would have to fight for a blank space in Big Blue's later editions. Or perhaps, the stamp would be provided no room at all.