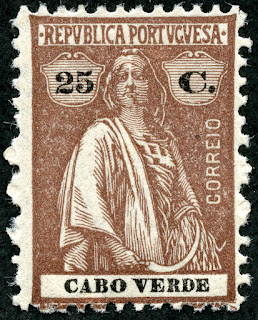 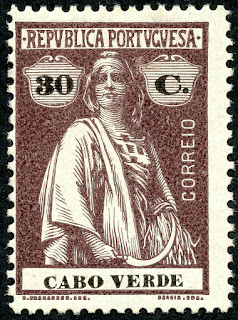 But by 2014, the catalogue's listing for Cape Verde's "Ceres" issues was expanded. There are now "new" Scott numbers for the "Ceres" issues reflecting the more parsed listings.. That is what is presented here. My original Cape Verde post also lists the "old" numbers. 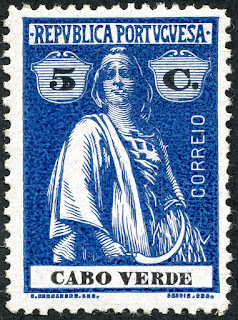 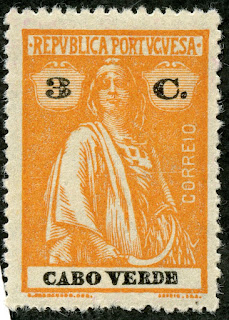 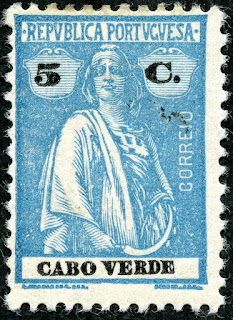 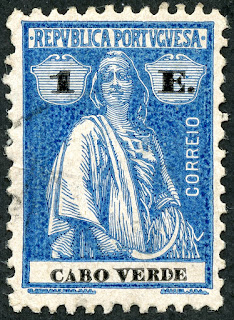 In summary, the "Ceres" issues are definitely more complicated. The Perf separation into major numbers is welcome. The paper distinctions less so, only because I sometimes struggle with this. The good news is the Scott catalogue is now on par with the Portuguese Afinsa catalogue as far as parsing the "Ceres" issues. 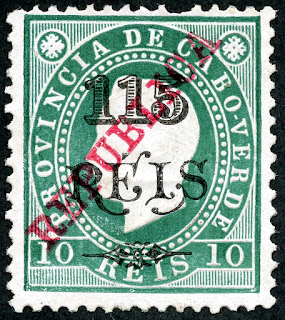 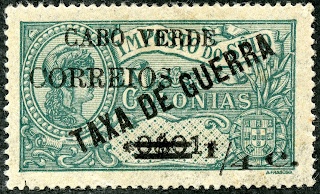 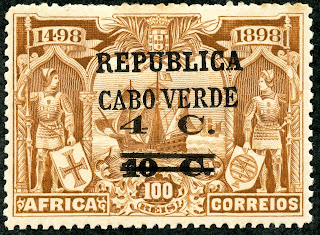 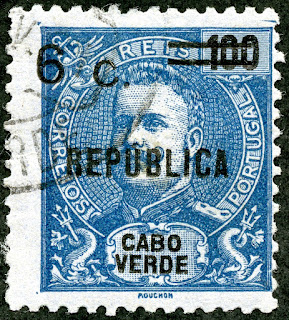 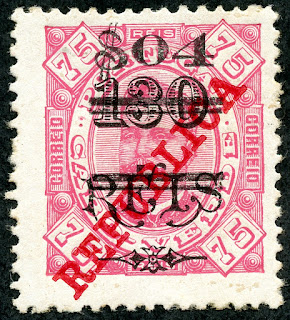 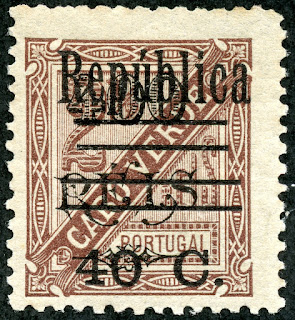 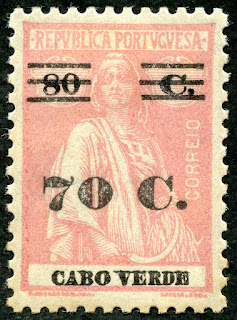 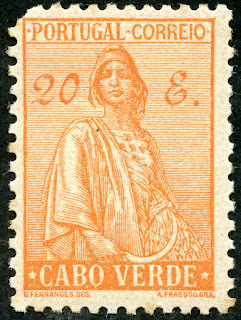 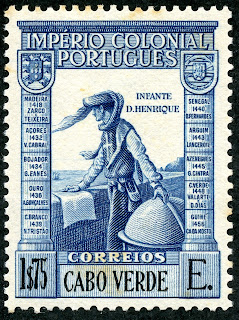 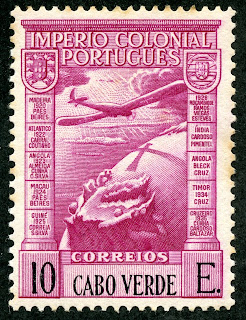 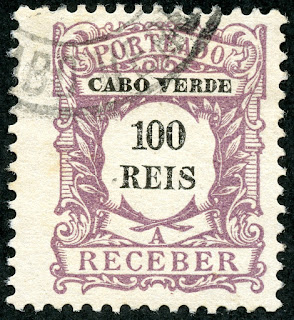 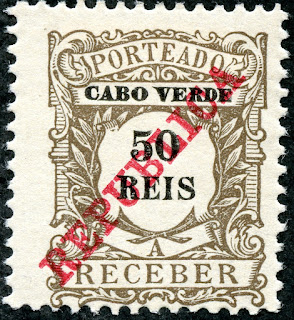 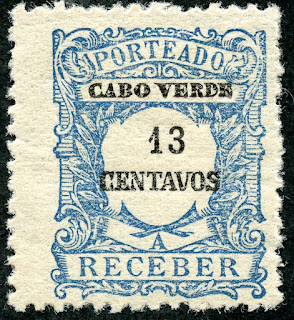 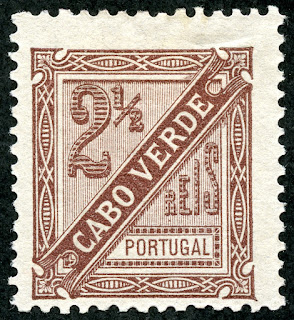 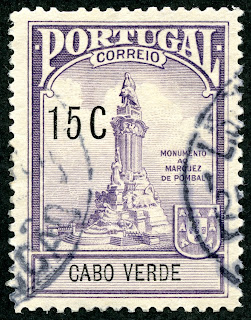 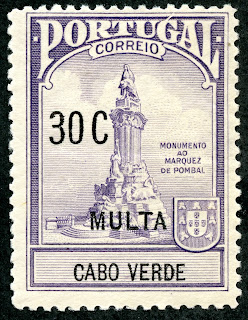 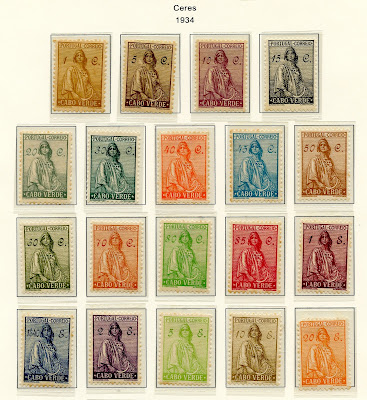 All of the major Scott numbers have a space EXCEPT... 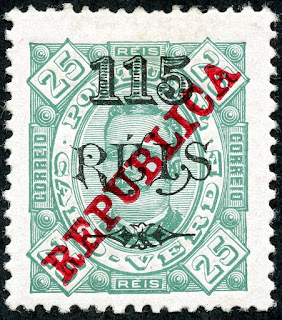 1915 Scott 189 115r on 25r blue green "King Carlos"
Provisional Issue of 1902 Overprinted in Carmine
Out of the Blue
What is striking for this 1914-38 & BOB era is the remarkably low CV for the stamps. OTOH, there is a certain visual monotony to the issues, as many/most Portuguese colonies had a similar output. Nevertheless, an assiduous collector could sub-specialize in these issues (covers, philatelic history) for not much financial outlay.