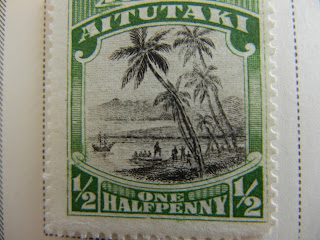 1927 Scott 34 1/2p green & black "Landing of Captain Cook"
Quick History
A Cook Island, almost an atoll, in the South Pacific. The main village is Arutanga, and today has a population of 2000. A dependency of New Zealand since 1901, New Zealand's stamps were surcharged for use in Aitutaki from 1903-1920. Then Aitutaki had its own engraved series until 1927. From 1932-1972, stamps of the Cook Islands were used on Aitutaki. 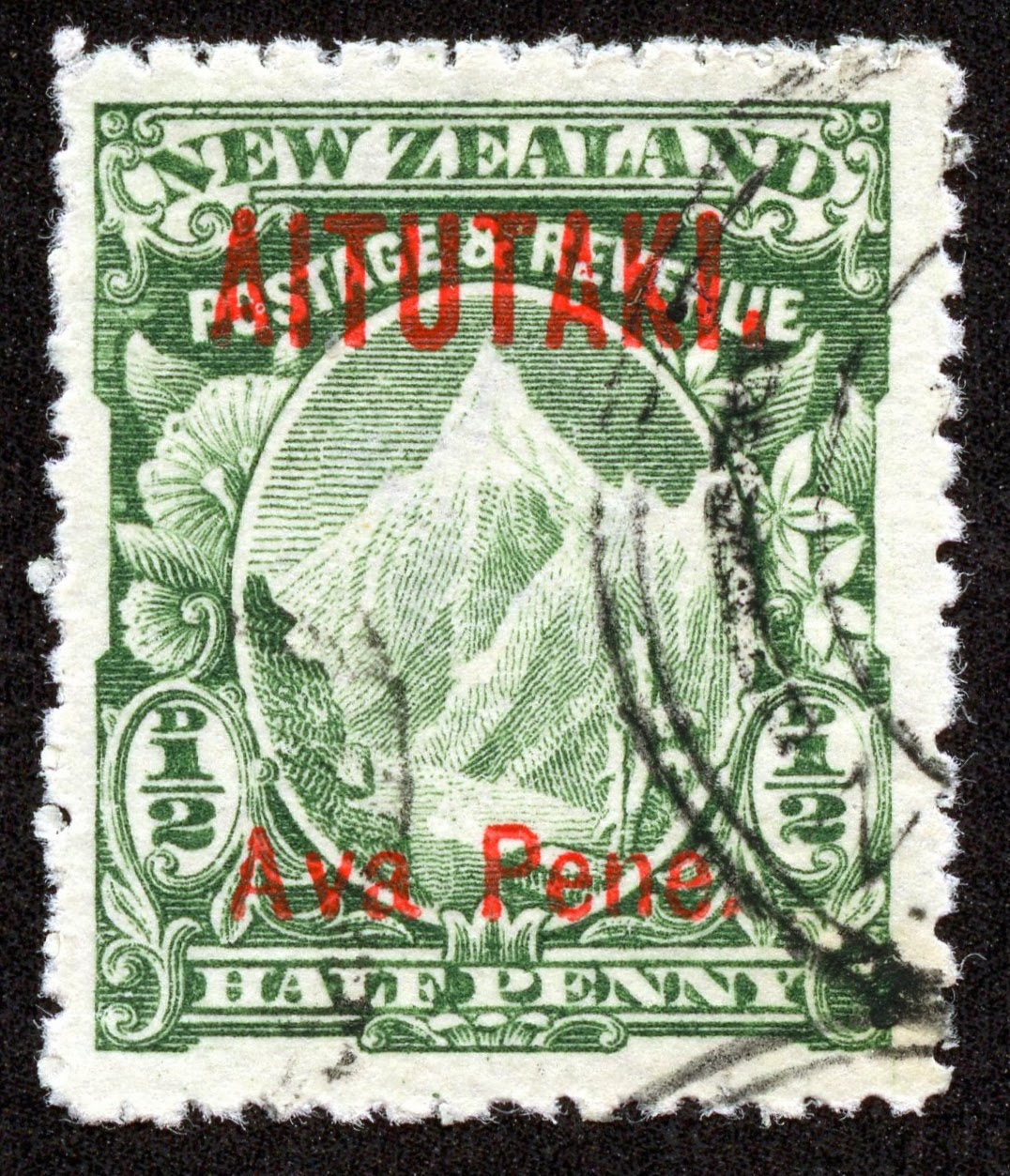 Aitutaki stamps consist of overprinted or surcharged New Zealand stamps, or designs shared with the Cook Islands (Raratonga) or Niue. 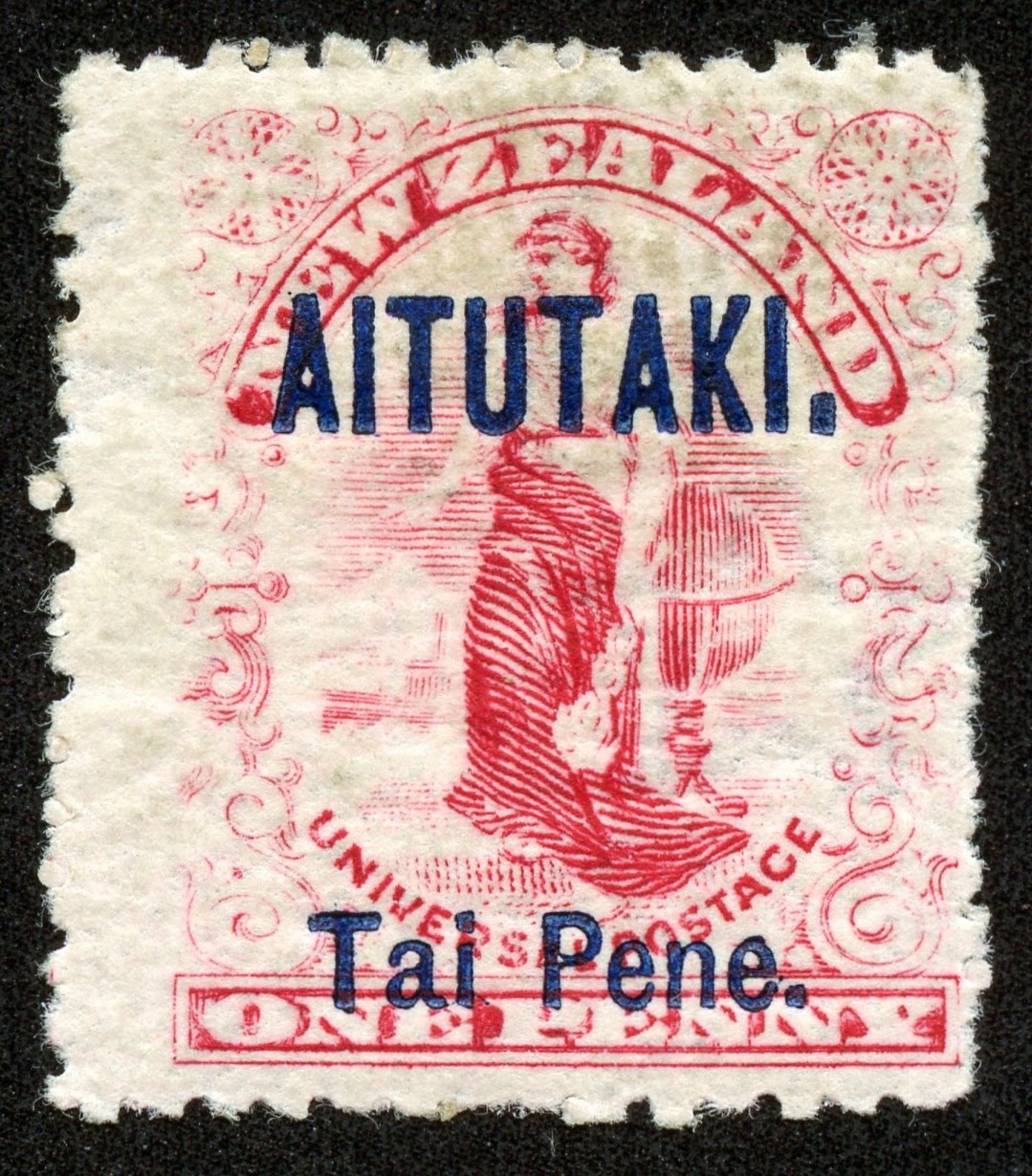 1903 Scott 2 1p rose, blue overprint
Stamps of New Zealand surcharged
The first issue for Aitutaki was produced in 1903, and consisted of six overprinted/surcharged New Zealand stamps. Note the denomination is overprinted in the native language. 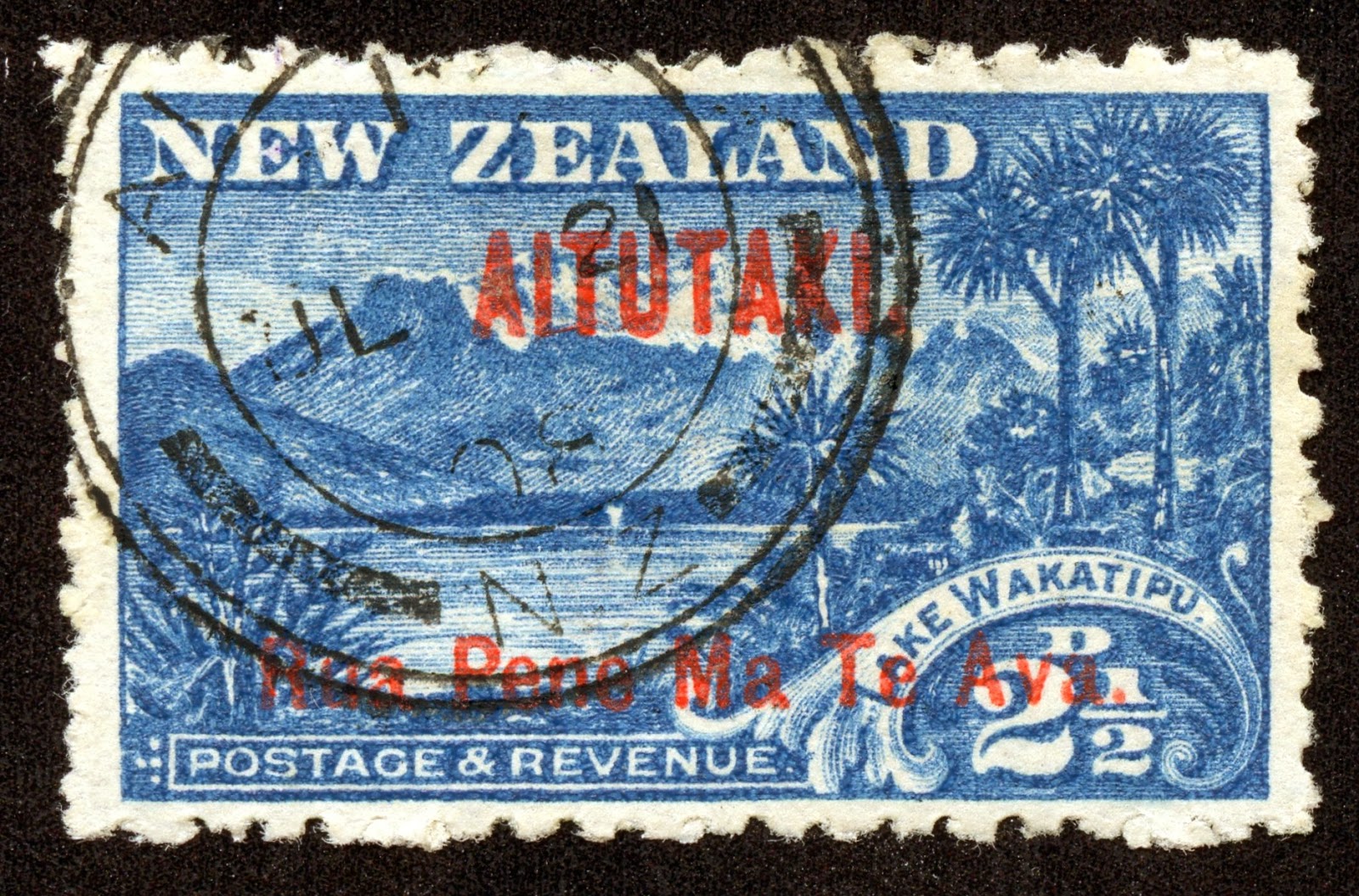 1903 Scott 3 2 1/2p blue, red overprint
Stamps of New Zealand surcharged
Lovely stamp, Yes? The CV for the stamps of the first issue is a moderately high $5-$60. 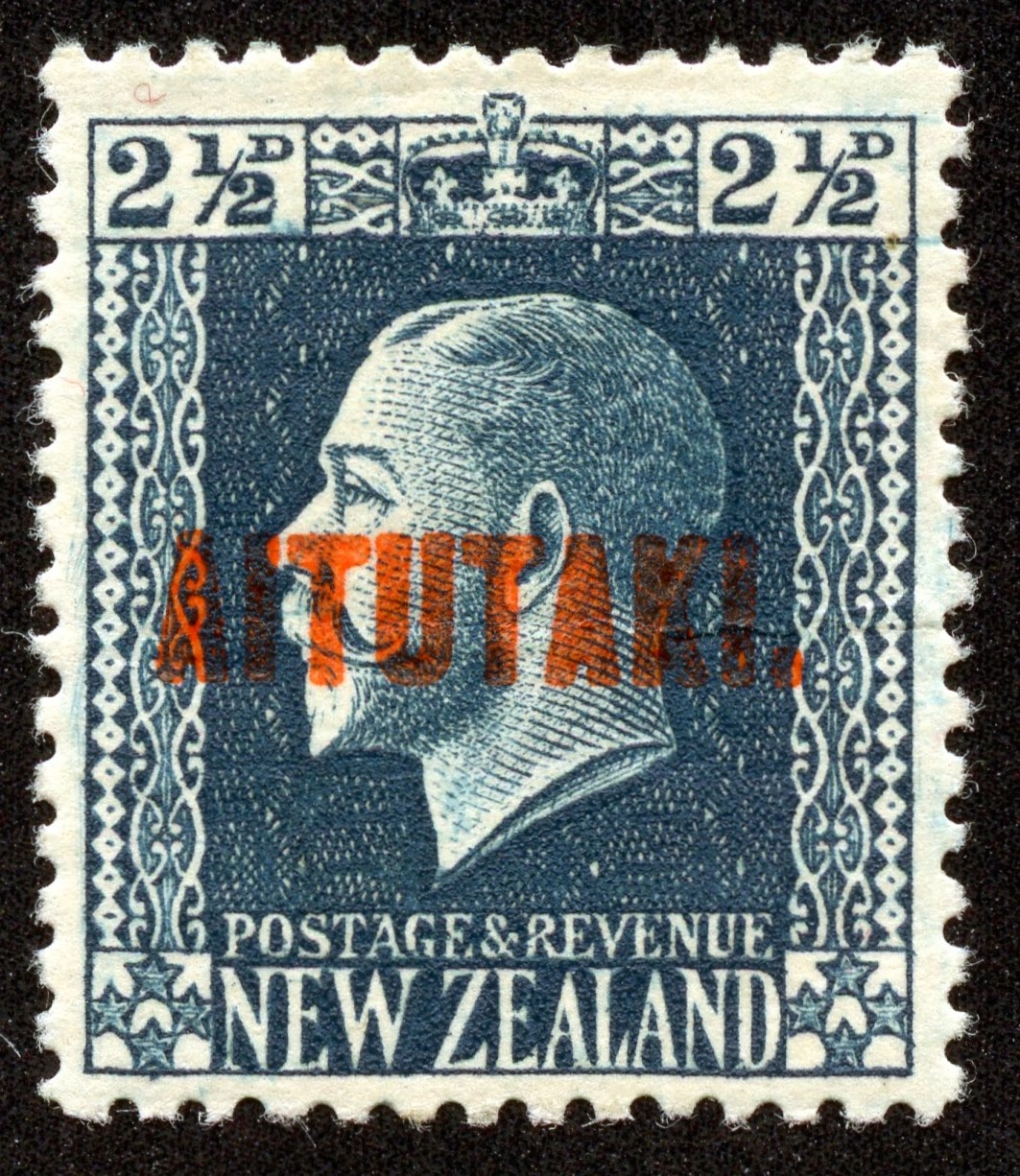 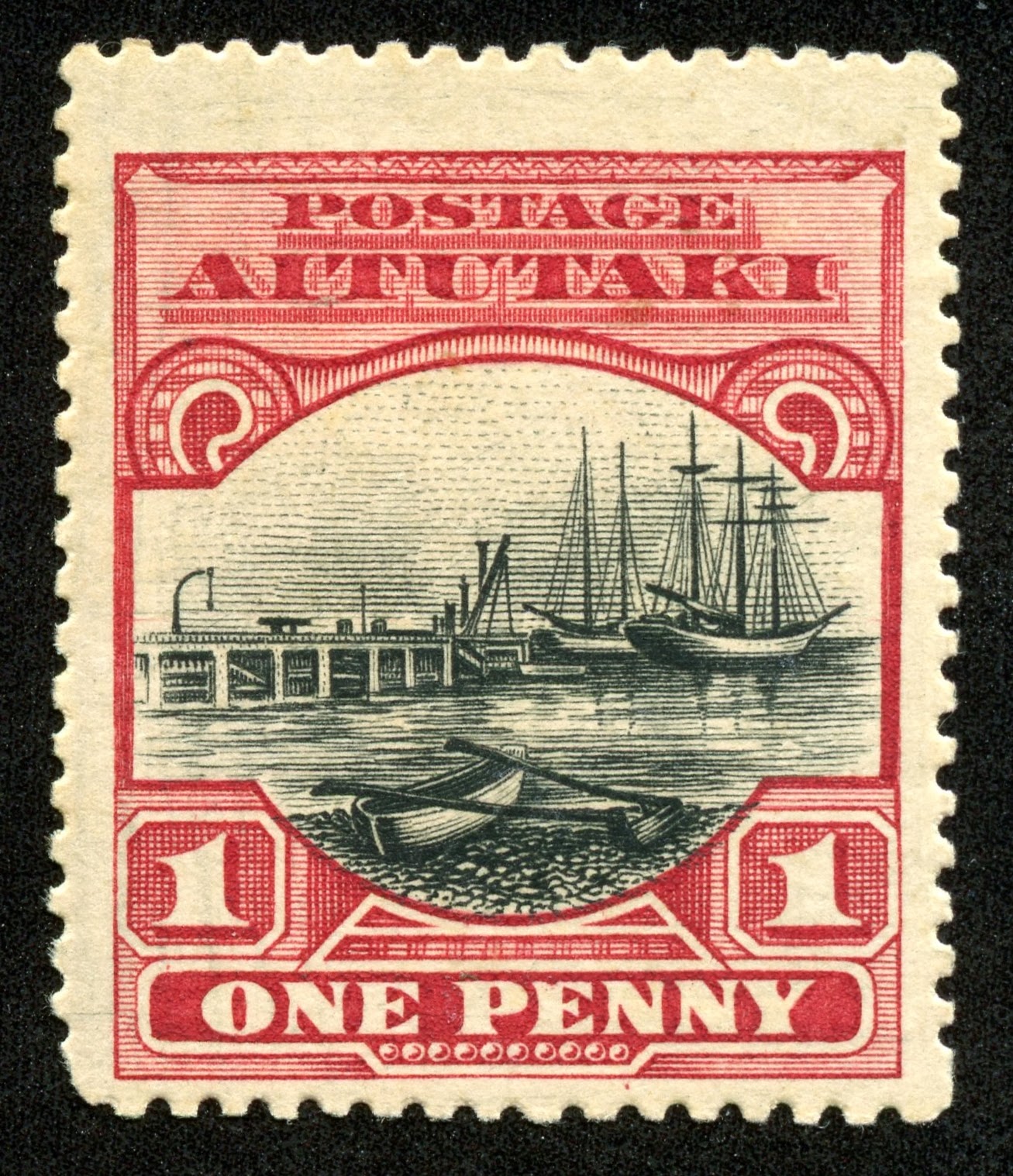 1920 Scott 29 1p carmine & black "Avarua Waterfront"
In 1920, a six stamp pictorial set was issued for Aitutaki. The designs are shared by the Cook Islands (Rarotonga) and Niue issues. The "Avaruna Waterfront" is actually on Rarotonga. 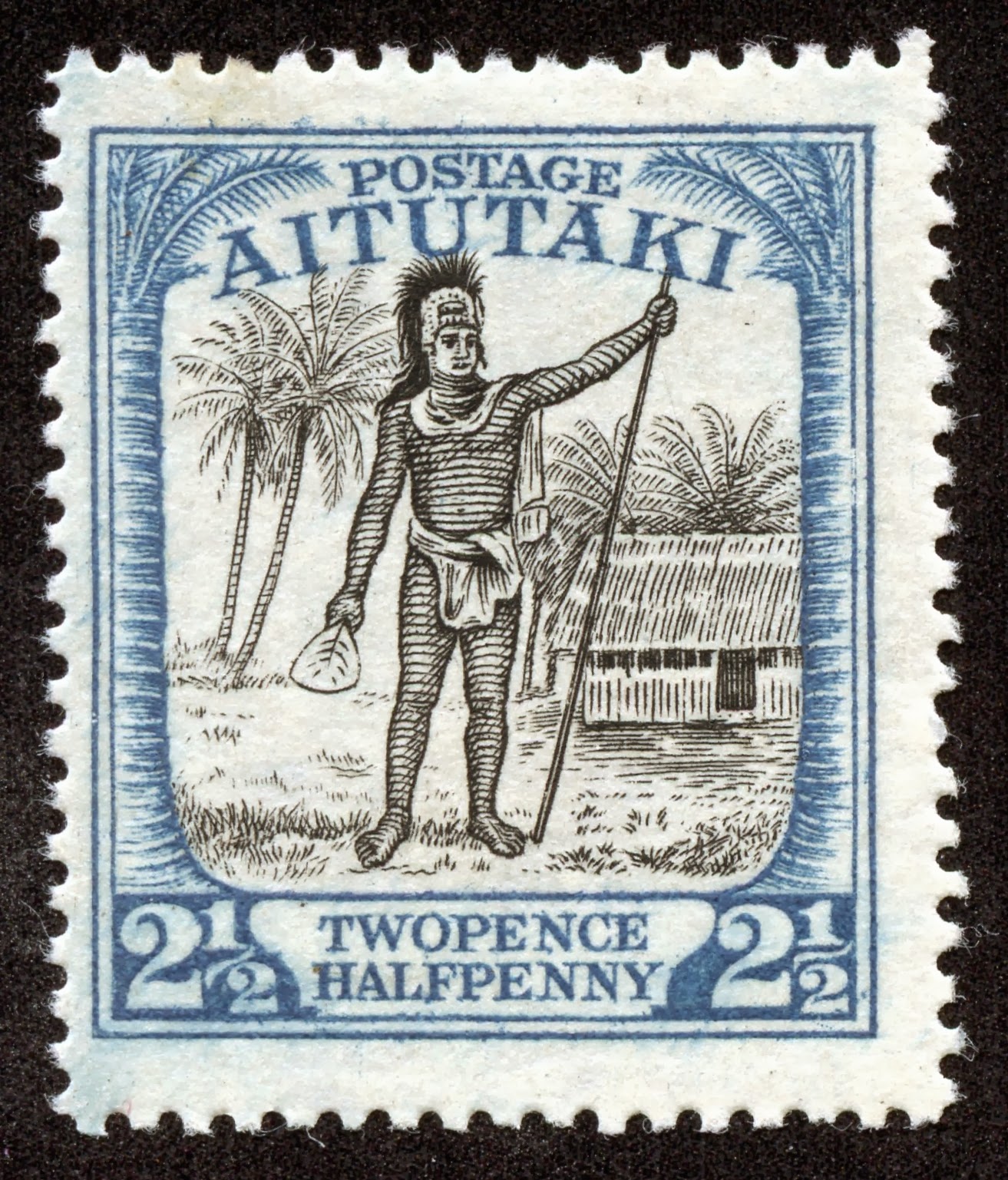 From 1932-1972, stamps of the Cook Islands were used, and specific Aitutaki stamp production ceased.

Deep Blue
Deep Blue (Steiner) has two pages for the stamps of Aitutaki, and all the major Scott numbers have a space. 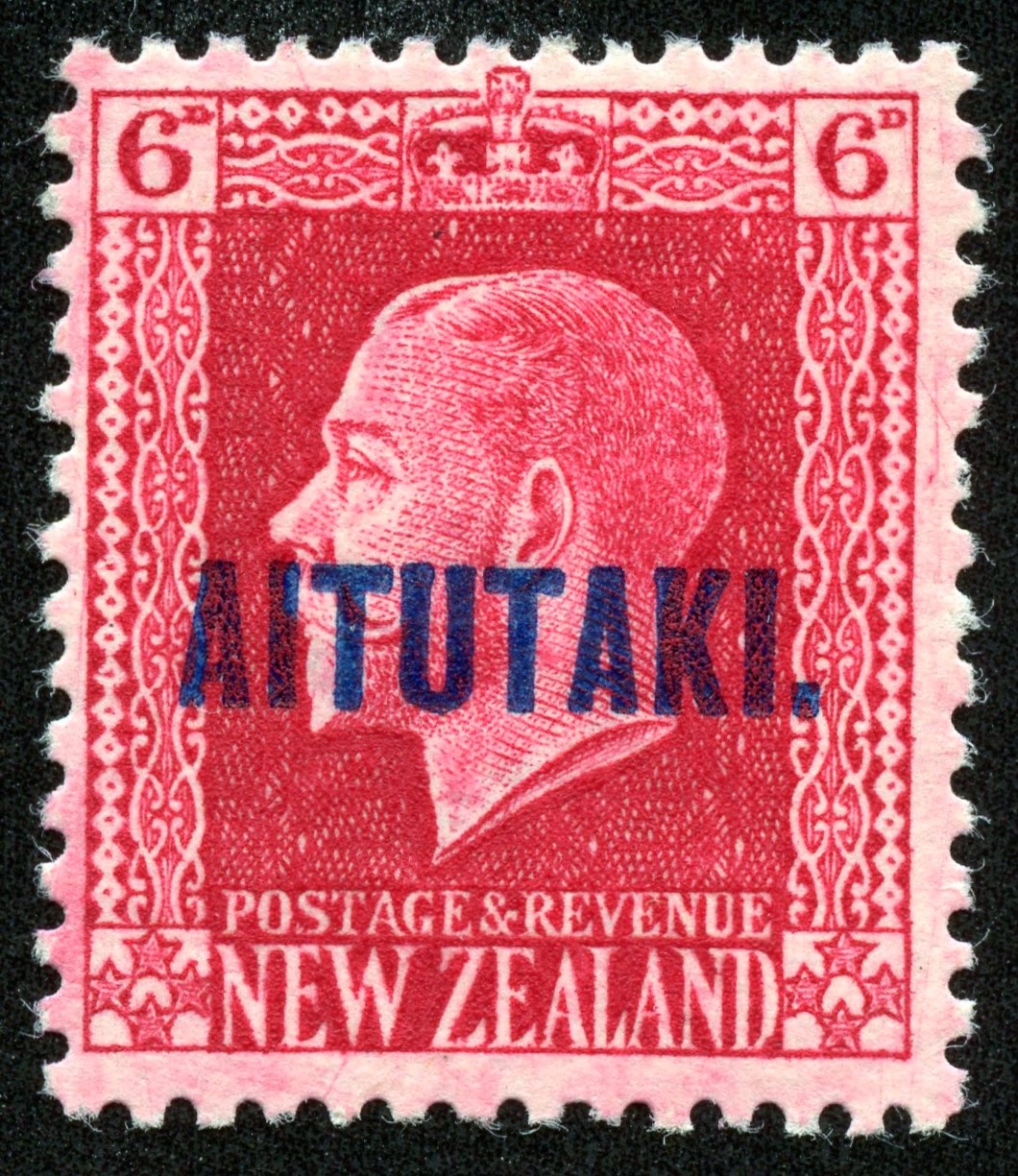 And "rich" coverage it is, as some of the stamps are a bit pricey as we shall see.

I could find no stamps that clearly should be be added. 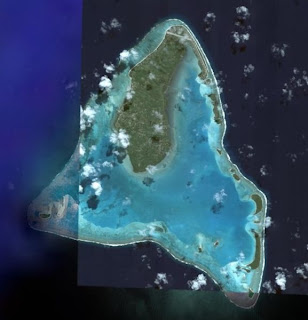 The Scott numbers are the same for the 1947 Standard catalogue 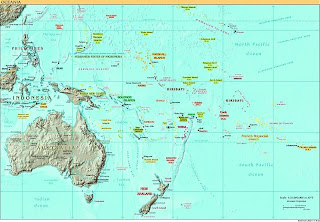 Aitutaki is the second largest Cook Island
Kinds of Blue
The 1997 edition and the 1969 edition are identical.
Compared to the 1969 edition, both the 1947 and 1941 editions have the same coverage. 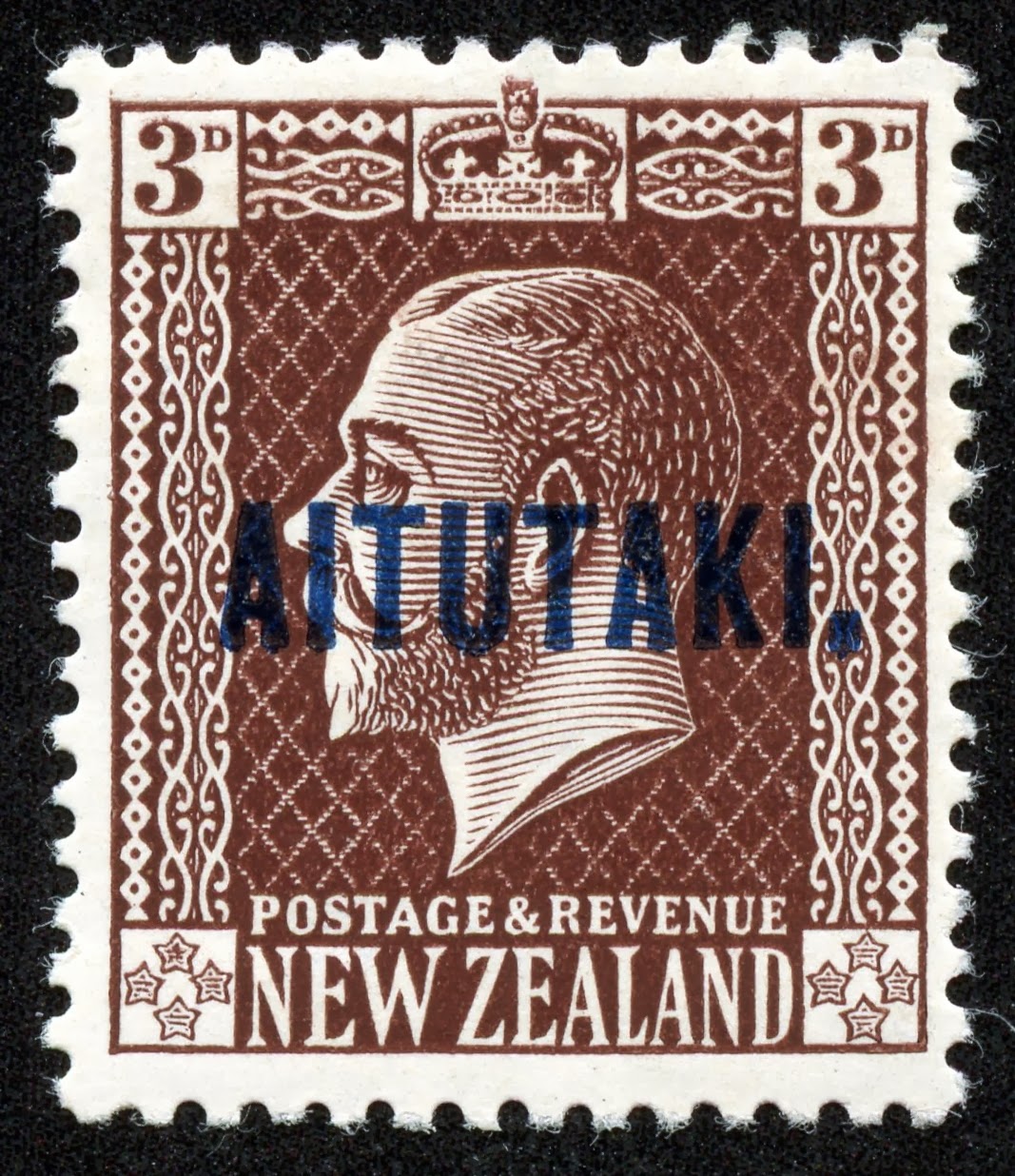 
Note: Map and NASA image appear to be in the public domain.
Note: The "Into the Deep Blue" section and many of the scans were added February, 2014. A separate blog post with the new scans was published September, 2014.