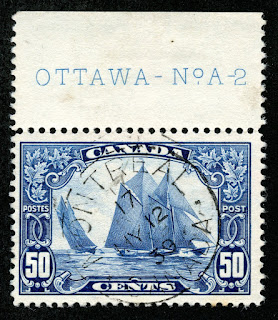 Download the Excel File, and enjoy for personal use!

If one is unfamiliar with the checklist, this link can serve as an orientation.

The Big Blue Checklist - How it is done

And many readers are aware that the BB checklist is almost complete,, as the A-T countries have been published. (More specifically, posts released include Part IA1 Checklist for Aden-Ethiopia; Part IA2 Checklist for Falkland Islands-Latvia; Part IB1 Checklist for Lebanon-Quelimane; Part IB2 Checklist for Reunion-Zululand (In Progress).)

One of the strengths of the checklist is it mimics the spacial layout of the page.

One can easily pencil in the numbers, or determine quickly which stamps one has or doesn't have on a page.

But a spreadsheet it is not, with all the advantages of data manipulation.

I am most pleased to announce that Al, a user of the checklist, would like to convert the checklist into an Excel spreadsheet. Here is the information from Al....


I am attempting to create an Excel Spreadsheet to mirror the information provided by Jim in his blog.

The Spreadsheet's format reflects the layout of the 1997 Scott International Album.

The Spreadsheet contains the following columns:

* Row Number - Row Numbers restart with 1 for each new Page.

The Spreadsheet also contains an introductory tab which echos the above information and explains how I personally use the document.

Before I get too married to this format, I would like input from others as to how to make it more useful.

I have uploaded a preliminary version (which contains only Australia)  to my account, at this docs.google.com site..../(Update Note: The link has changed and no longer works. For the completed part IA1 Aden-Ethiopi a,  use the link for 1-25-2017 at the start of this blog post. )

(The link will change (Update: has changed) when the real and final checklist(s) are uploaded.)

From there, you can save a copy to your computer using the menu: File -> Download As -> Microsoft Excel.

Al told me the reason he is doing this is he wants it for himself - a very good reason!  But he would like to share his effort with Big Blue checklist users (or potential users).

The plan for now is to release the final spreadsheet checklists in sections, much like the current Big Blue checklists are divided. When Al has completed Section IA1 (Aden-Ethiopia), that would be announced here with a blog post and a link given, and the reader could then download the Excel file for his own personal use (non commercial).

This work is very labor intensive for Al, so I would expect it will be many months that the BB Checklist Excel Spreadsheet Project will be ongoing.

I can give no estimate (other than "months") when the first installment, the Section IA1 Excel checklist, will be ready.

But the project is in the early stages, so feedback on what is useful would be appreciated!

So, if you have questions, observations, or suggestions, now is the time to leave comments about this project!

Al is prepared to handle and answer the technical questions/comments, and I will try to cover the rest.