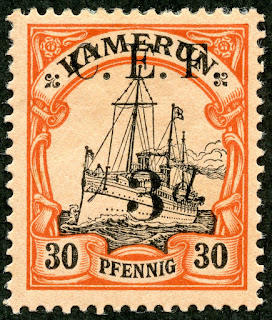 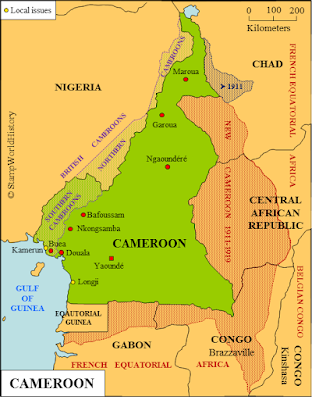 Cameroon
From Gerben Van Gelder's Stamp World History Site
The best classical era Cameroon map I know of comes from Gerben van Gelder's site - at the time of constructing this post not active. I saved his maps (and have had general permission from him to use them), but I really hope his great contribution goes back on-line.

The original Cameroon blog post and BB checklist is here. 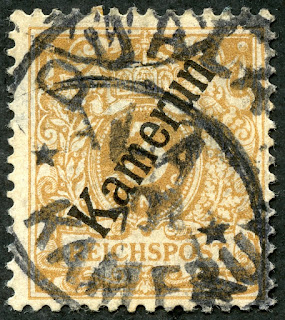 The port city of Duala initially had a post office established February 1, 1887 in the area, using a "Kamerun" post mark. Stamps of Germany were initially used.

The postmark was then changed to "Duala/Kamerun" June 1, 1901, and the post office existed until September 27, 1914. The capital remained Duala until 1910, when it was moved to Buea. 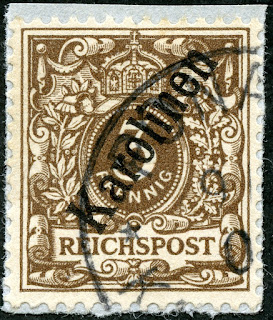 Caroline Islands 1900 Scott 1 3pf dark brown
Stamps of Germany Overprinted in Black
Ha-ha! This Caroline Islands stamp slipped in by mistake. There is a minor number color change (dark brown) on the 3 pfennig for Cameroun noted by the catalogue, and I was paying close attention to the color rather than the overprint. ;-) 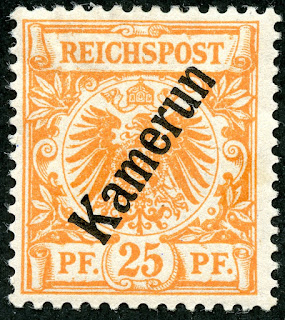 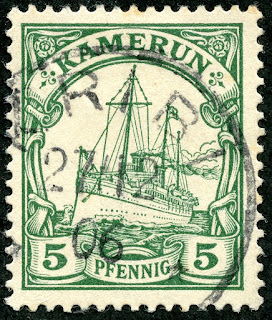 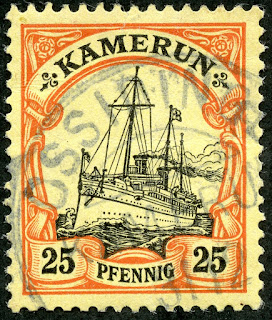 I can't make out or locate the post mark - can you? 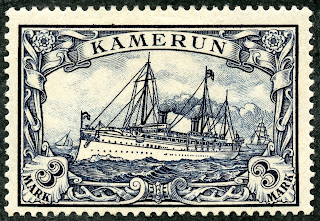 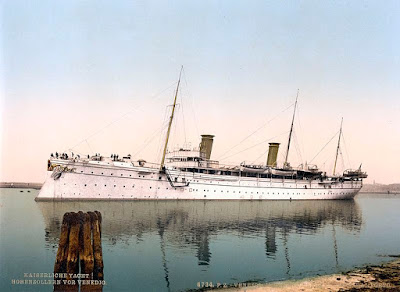 "Hohenzollern II"
The stamp image shows the second edition of the Kaiser's yacht, in operation between 1893-1914. It was scrapped in 1923.

As far as I know, the yacht never actually visited any of the German colonies. 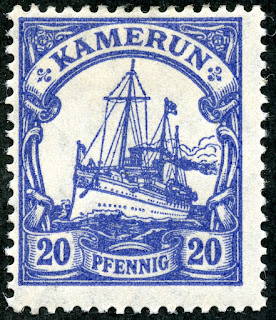 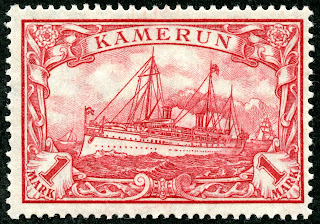 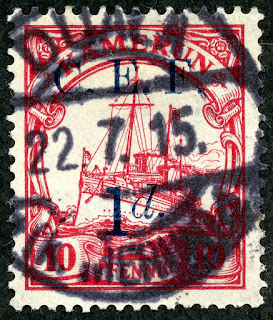 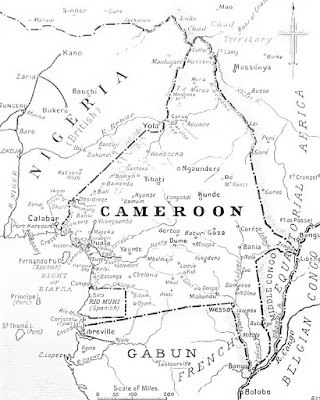 Kamerun 1914
Duala, the largest town, was surrendered to the allied forces on September 27, 1914. 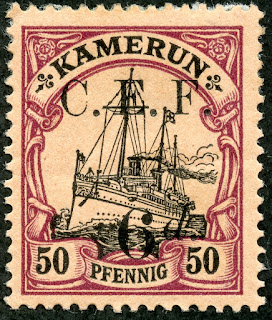 1915 Scott 60 6p on 60pf purple & black/salmon
Black Surcharge; "Kaiser's Yacht"
CV ranges from $1 to $10+ for nine stamps. Unused is CV less than used. There are many overprint varieties. 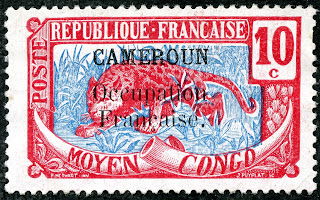 These two issues  are very CV expensive (generally $hundreds), and I don't have any.

But, between 1916-17, a seventeen stamp overprinted "Cameroon Occupation Francaise" issue was released under French occupation, using the 1907 issue of the Middle Congo. (Shown.) 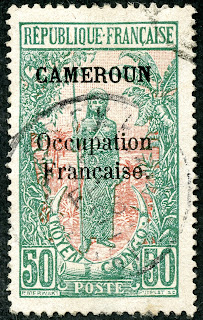 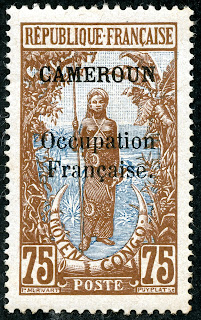 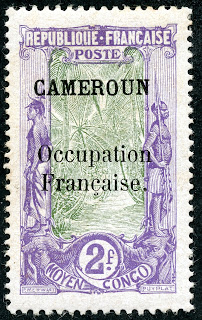 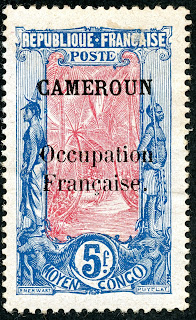 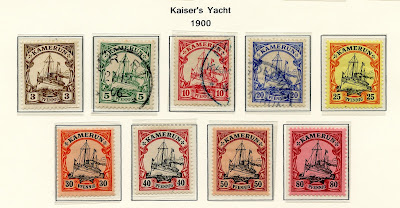 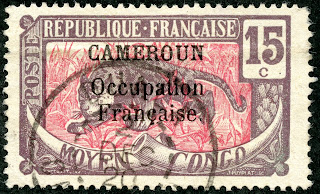 1917 Scott 135 15c brown violet & rose "Leopard"
Stamps of the Middle Congo of 1907, Overprinted
"Cameroun  Occupation Francaise"
Out of the Blue
Cameroon stamps follow the changing WWI fortunes of the Germans, the British, and the French. Most are inexpensive, but the earlier French occupation issues are CV pricey indeed.

We will continue with the Cameroun story in the next installment.

Note: 1914 map and "Hohenzollern II" pics appear to be in the public domain.