1935 Scott 547 10k ultramarine
"Refugees from Burning Town"
Into the Deep Blue
The Russia 1934-35 issues are interesting indeed, and not that common. With this post, we will have a look at some of my recent 1934-35 additions to  Russia, as well as some BOB areas (Russia in Turkey, Wrangel issues). 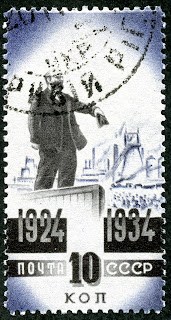 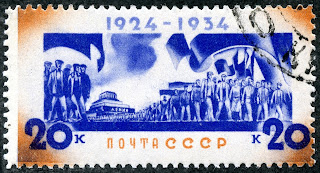 1934 Scott 544 20k brown orange & ultamarine
"Demonstration before Lenin Mausoleum"
The two higher denomination stamps in the Lenin issue were bi-colored; quite possibly with the ugliest brown-orange tinge on the corners of the stamp ever seen. ;-) 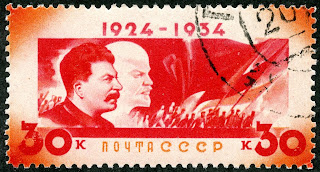 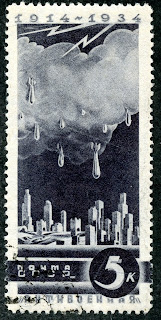 1935 Scott 546 5k violet black
"Bombs Falling on City"
On January 1, 1935, a remarkable "Anti-war" propaganda five stamp photogravure set was released.
The stamps were issued 20 years after the onset of WWI. 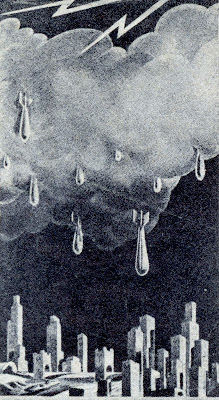 Close-up: "Bombs falling on City"
The set is chilling in its depiction of the horrors of modern warfare. Here the bombs are raining from the clouds. 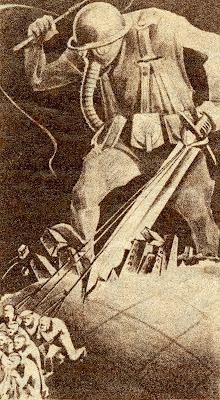 Close-up: "Plowing with the Sword"
The illustrations clearly have a nightmare quality to them. 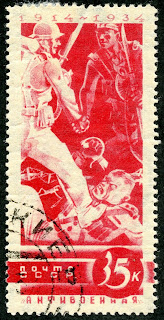 1935 Scott 550 35k carmine
"Comradeship"
I can't help but feel the stamps have a bit of a mixed message: Here "Comradeship". 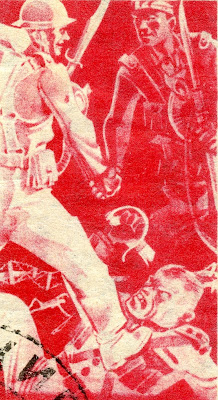 Close-up; "Comradeship"
Stomping on your mutual enemy is entirely acceptable. 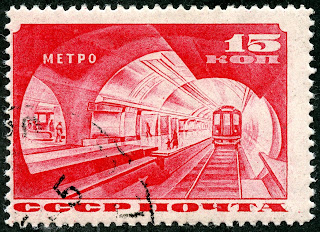 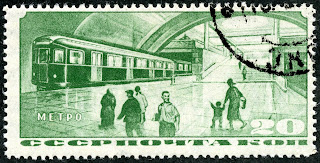 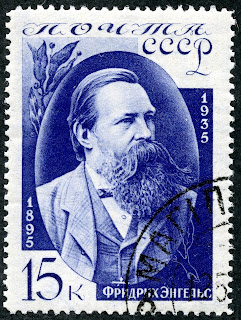 1935 Scott 557 15k dark blue
"Friedrich Engels"
For this grand experiment in communism, Friedrich Engels (and of course Marx) were the seminal authors. For the 40th year anniversary of the death of Engels, a four stamp set was released (CV $4-$14). 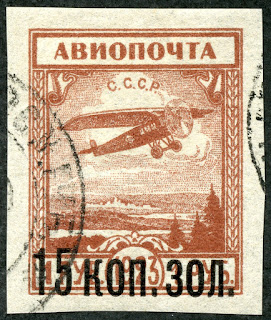 Offices in the Turkish Empire 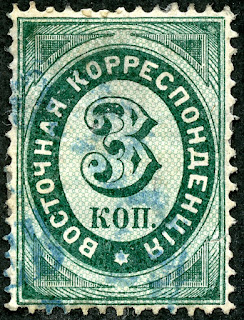 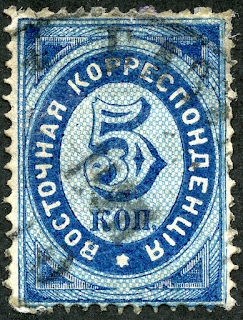 1872 Scott 14a 5k blue
Vertically Laid Paper
The 1872-90 set can be found with vertically laid paper, and are given minor numbers by Scott. 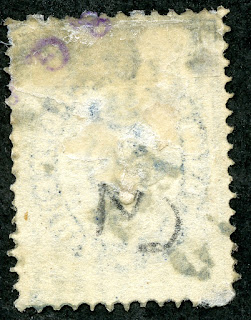 1872 Scott 14a 5k blue (Reverse)
Vertically Laid Paper
This shows the vertically laid paper. CV ranges from $18 to $40+ for the minor number stamps. 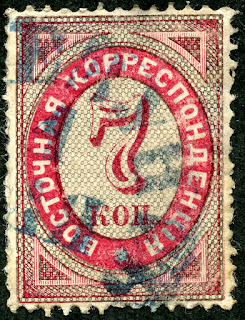 They were used by General Peter Wrangel's army, and civilian refugees from areas such as South Russia, Turkey, and Serbia. Scott has a note that very few of the original issues were actually sold to the public, and reprints are the norm. CV values are based on these reprints. Obviously, this is a highly specialized area, and one must have sophisticated knowledge if one wants to seriously delve into them. Recommended would be to follow Trevor Pateman's Philately Blog on the Russian area. 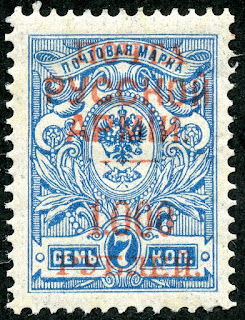 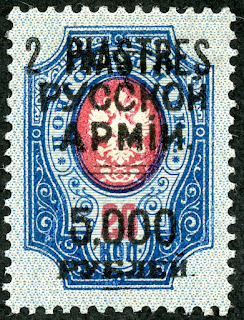 This example shows stamps of Russian Offices in Turkey being used. The Scott 295 is CV $2+. 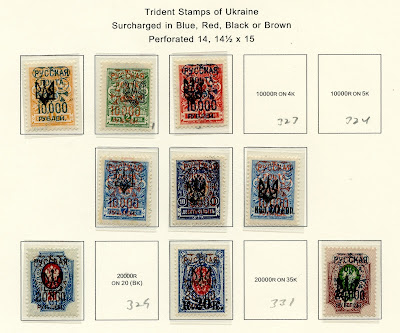 1921 Trident Stamps of Ukraine Surcharged
Scott 320/Scott 332
This shows a grouping in Deep Blue of Trident stamps of Ukraine surcharged in blue, red, black, or brown for use as Wrangel issues. The inexpensive ones are CV <$1. One I don't have (Scott 331) is CV $70+. 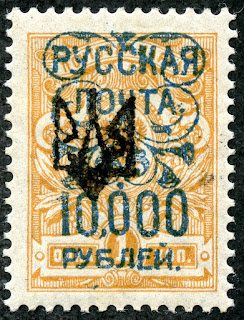 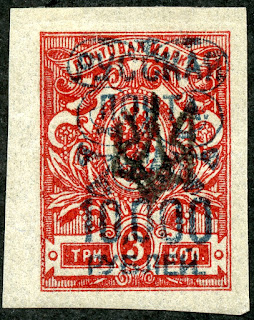 1935 Issue Scott 555-558 "Friedrich Engels"
As usual, Deep Blue (Steiner pages) provides a space for all the major numbers. One may need to add quadrilled pages if one wishes to push the boundary further.

1935 Scott 548 15k green
"Before War and Afterwards"
Out of the Blue
Russian stamps during the classical era offer a lot! - although some are CV expensive (for the era), and knowledge is a necessity.