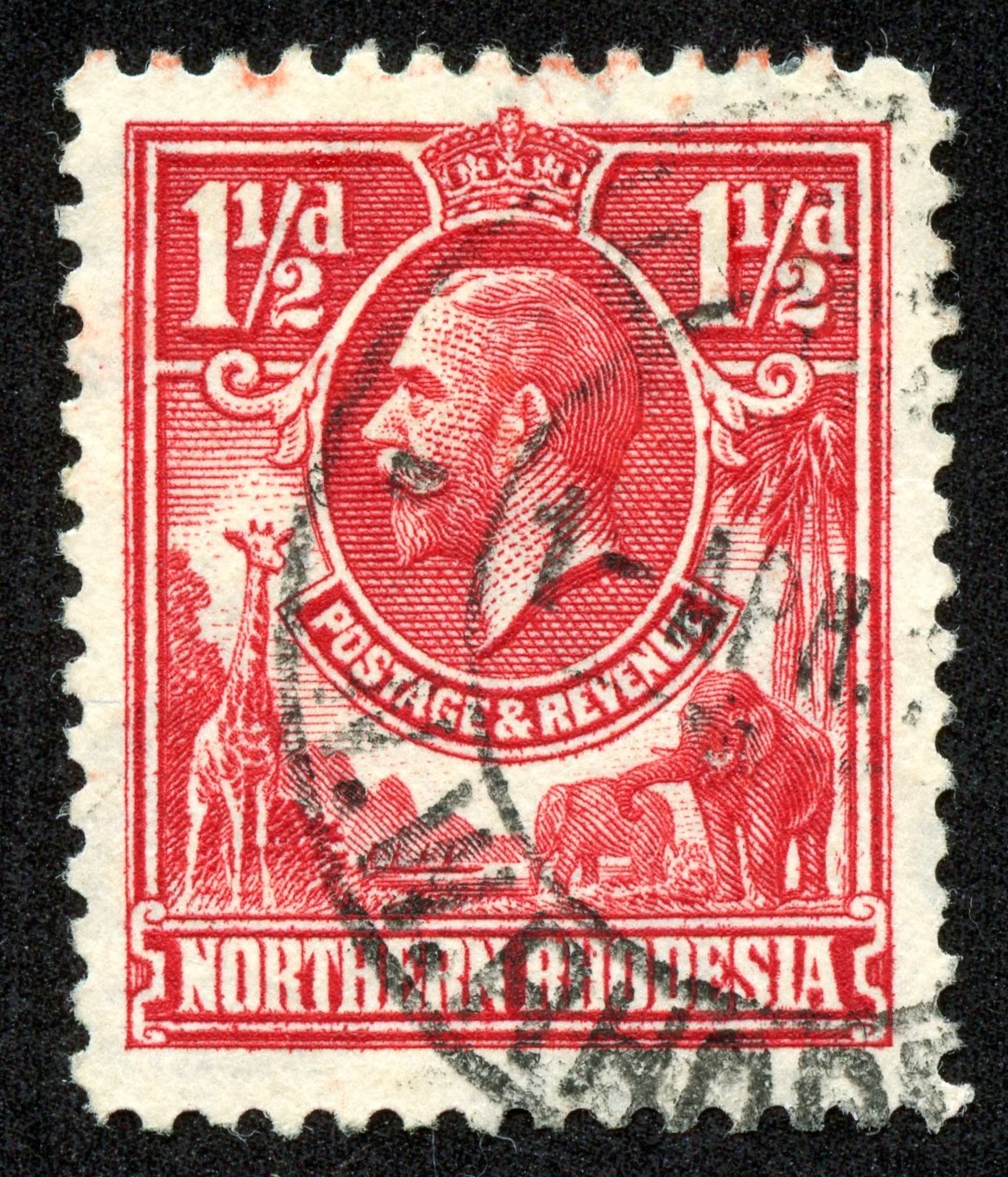 1925 Scott 3 1 1/2p carmine
"King George V"
Quick History
Northern Rhodesia, the lands north of the Zambezi river, became a British protectorate in 1924 when the British South Africa Company (A Cecil Rhodes founded commercial endeavor) gave up administration, in exchange for cash. At the same time, Southern Rhodesia ( or "Rhodesia"), south of the Zambezi, was turned over to the white settlers, who established highly discriminatory laws against the black African majority.

Lets take a look at the changing history through a series of maps... 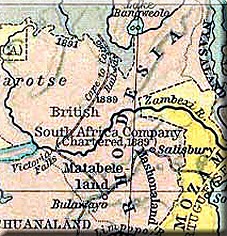 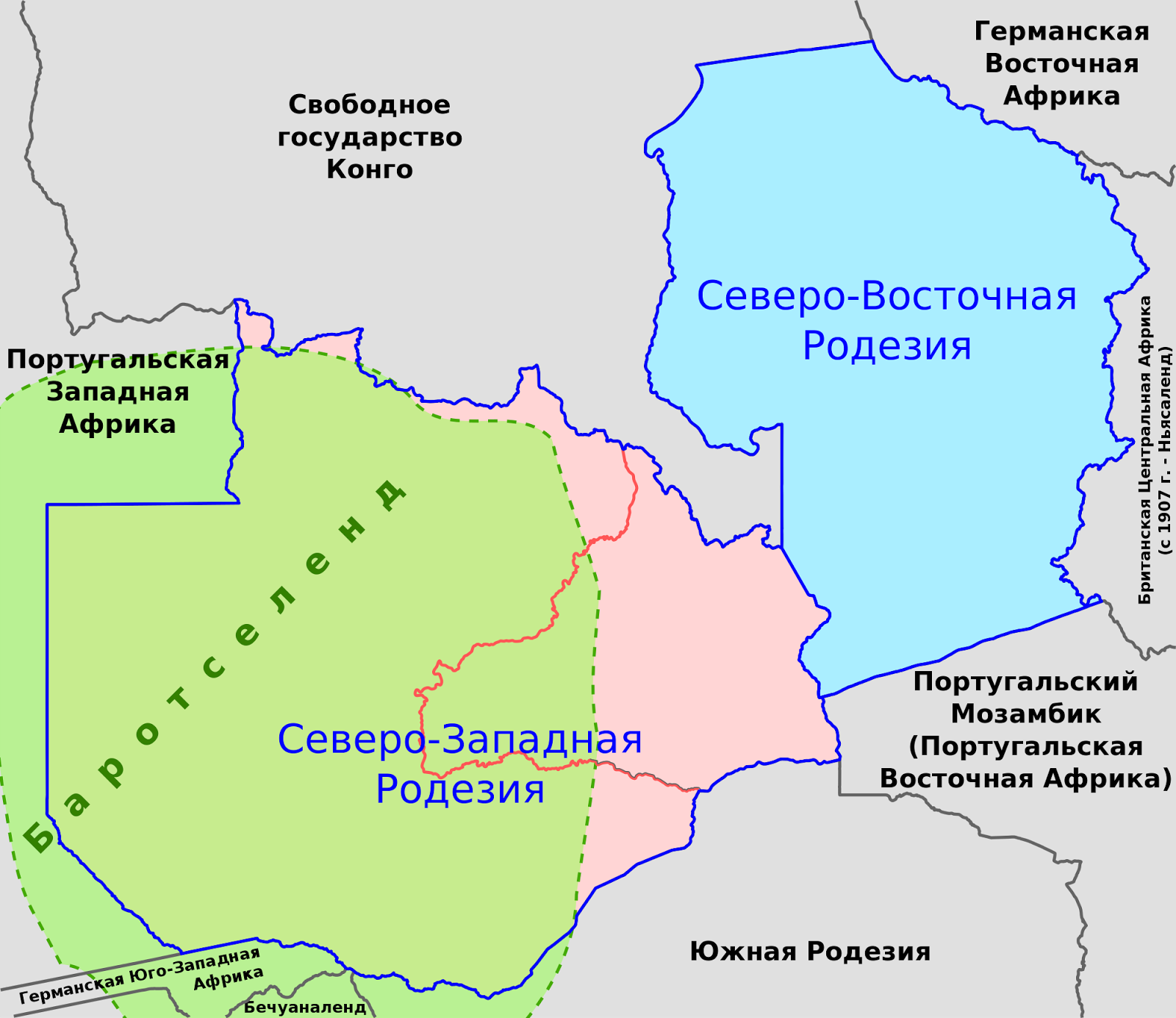 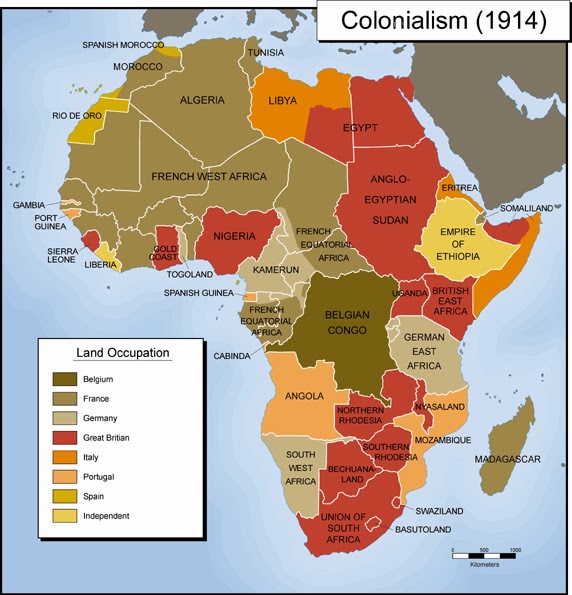 African Map of Colonialism 1914
One can see the British sphere is mapped in maroon. North of the Zambezi is the Northern Rhodesia lands, with the Nyasaland Protectorate (formally British Central Africa) on the east, and Southern Rhodesia south of the river. 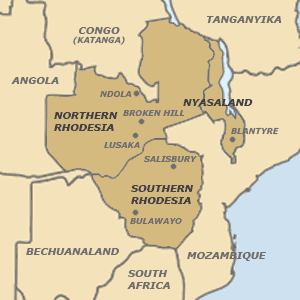 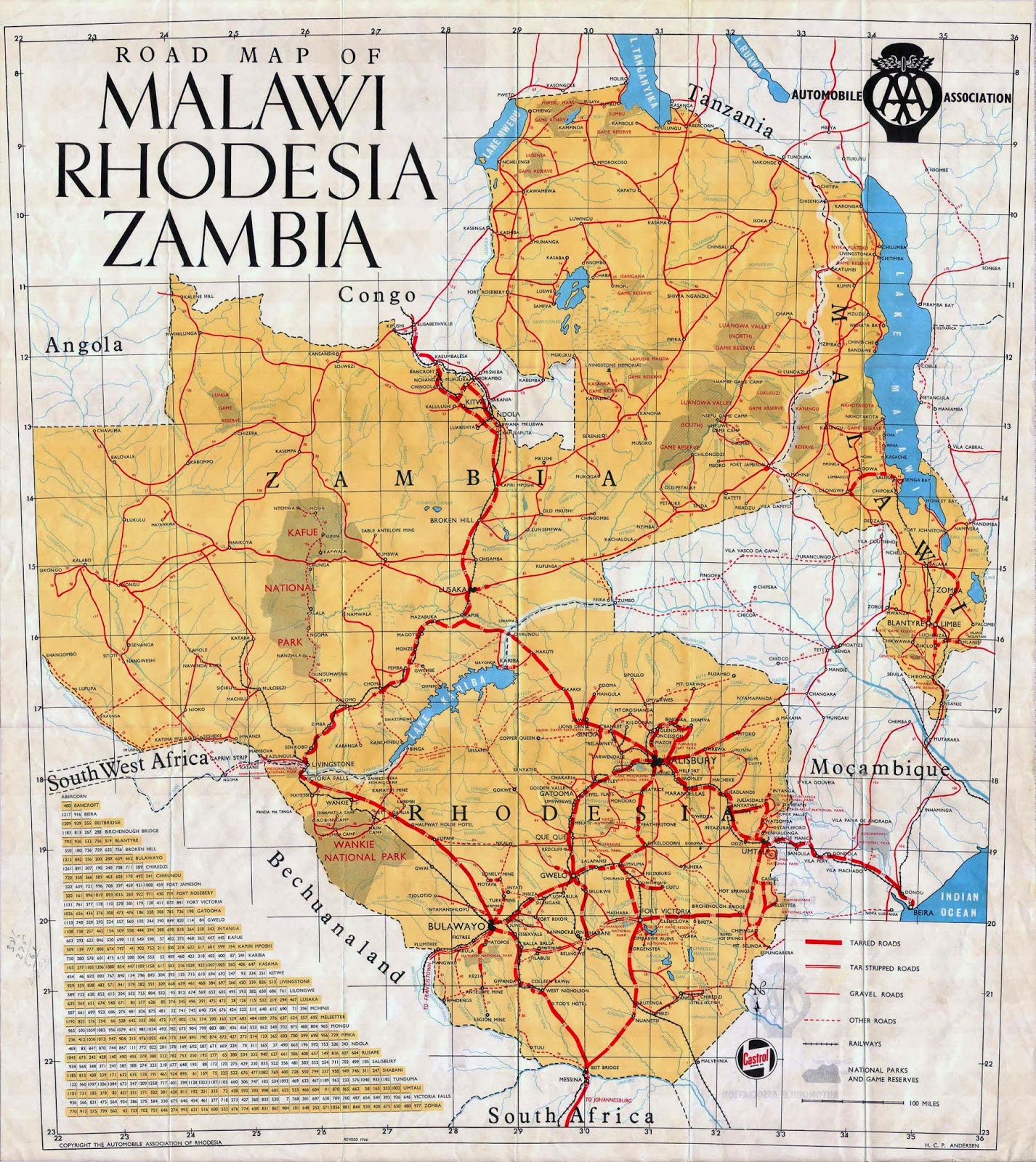 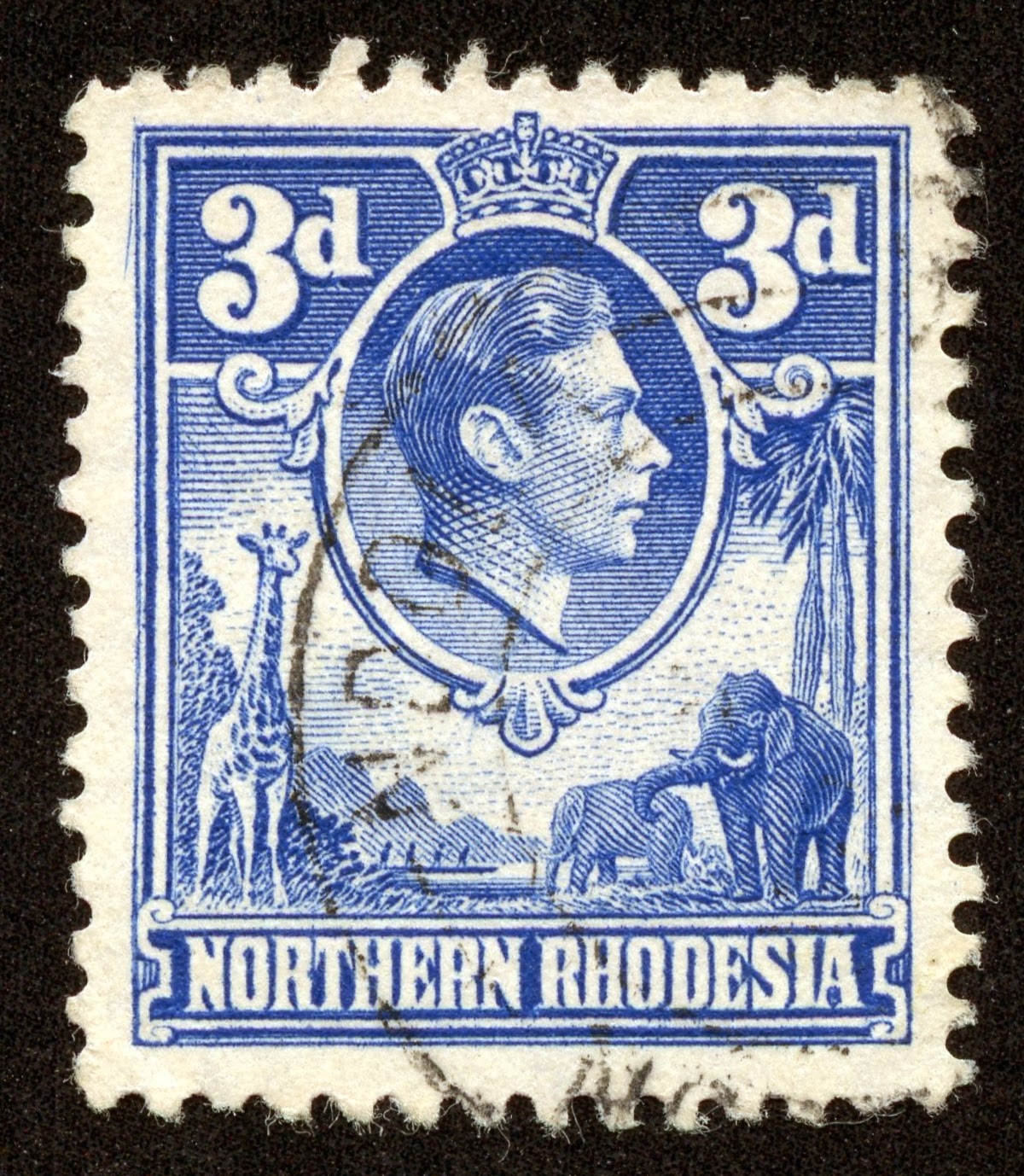 1938 Scott 34 3p ultramarine "George VI"
Into the Deep Blue
The 2011 Scott Classic Specialized catalogue has, for Northern Rhodesia 1925-1949, 57 regular and postage due major number descriptions. Of those, 35 are CV <$1-$1+, or 61%. Clearly, the WW collector should be able to form a collection, at least of the lower denominations, without much financial stress. 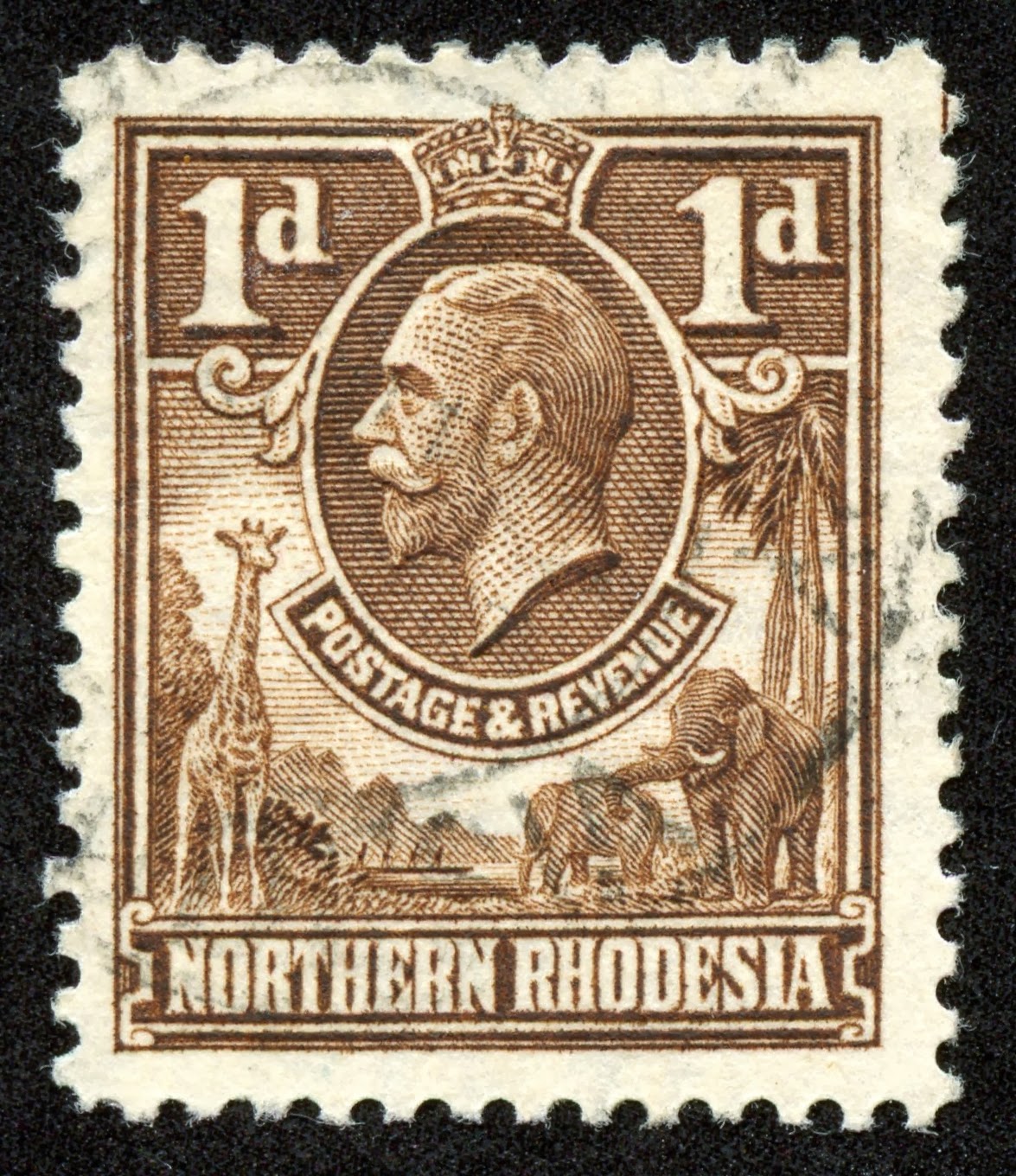 1925 Scott 2 1p dark brown "George V"
The initial 1925-29 issue consisted of a set of 17 stamps with "a George V" vignette, and a frame showing African elephants and a giraffe. CV is <$1-$2+ for eight stamps. The seven lower values are less expensive used. This reflects a bias (in my opinion), as collectors often prefer unused stamps for their collection. I suspect there are more unused than used stamps around, and with few inhabitants who would use the mails at the time, attractive non philatelic used specimens should be highly collectible. 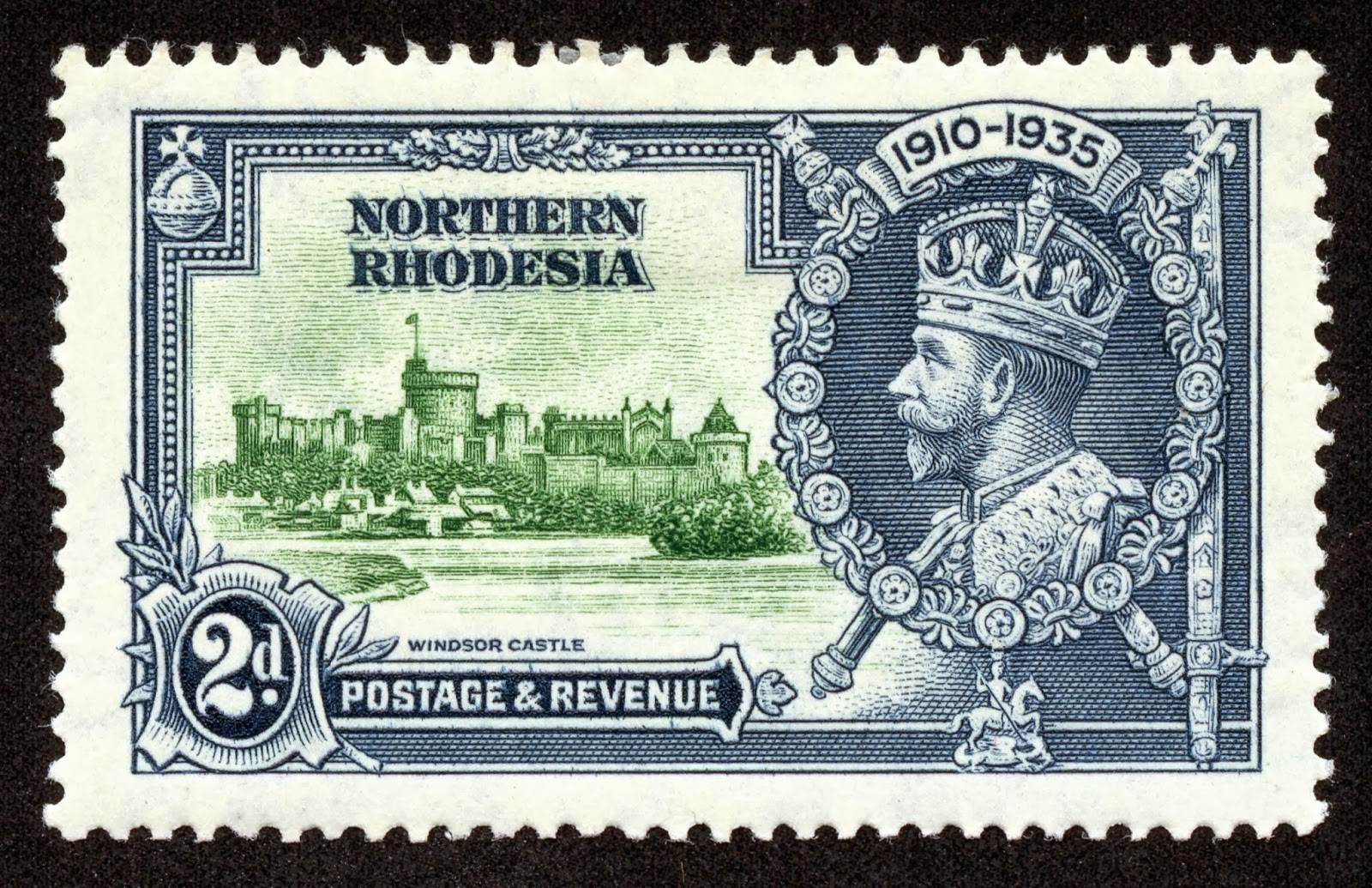 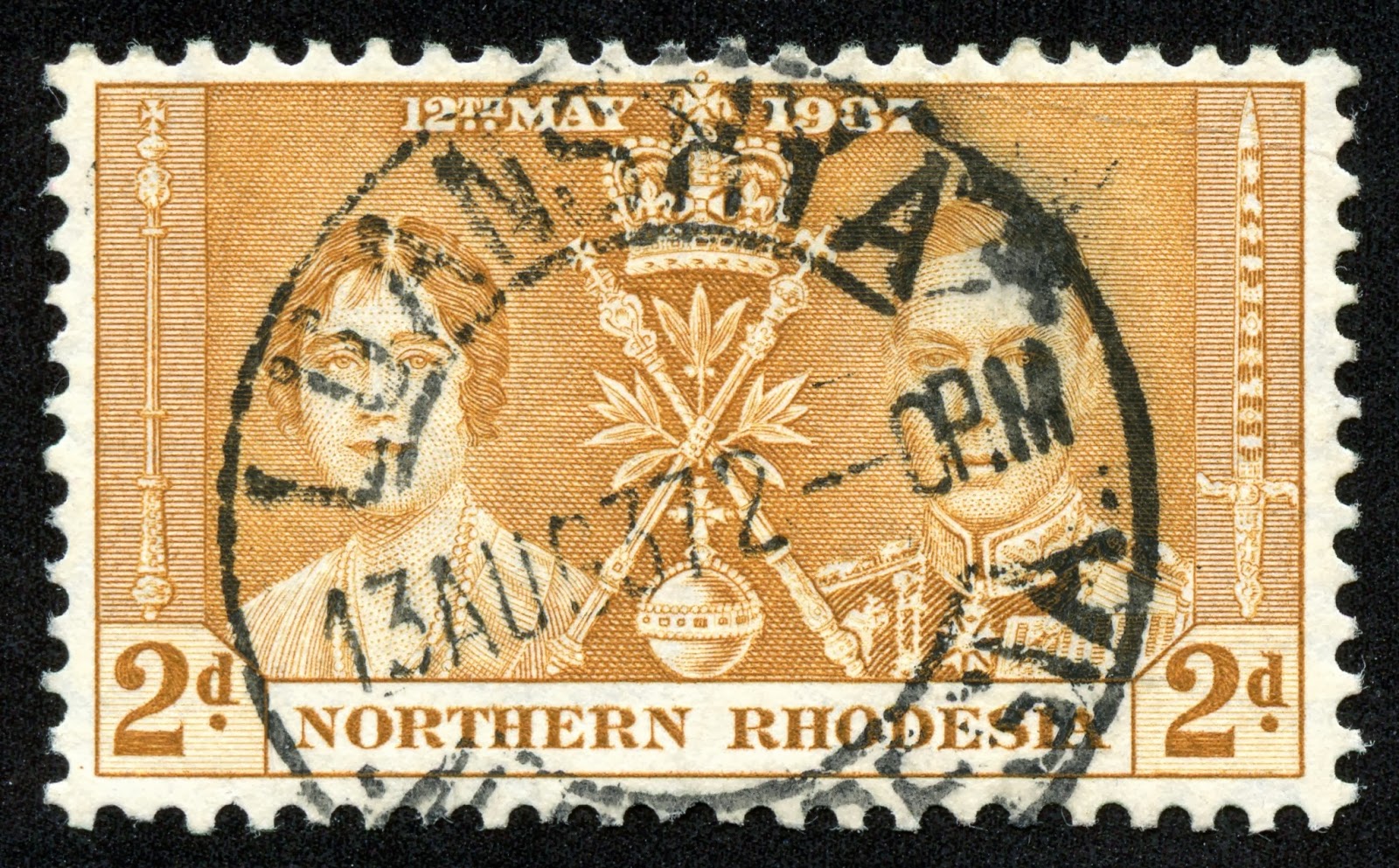 1937 Scott 23 2p yellow brown
"Coronation Issue"
This "Coronation issue" stamp has a "Luanshya" postmark, and that tells an economic tale. Copper was originally discovered in the "copper belt" in 1895, and Luanshya and the Roan Antelope Copper Mines in 1926 eventually became a big part of the boon. Demand for copper increased significantly with the increase in electrical devices and motors. 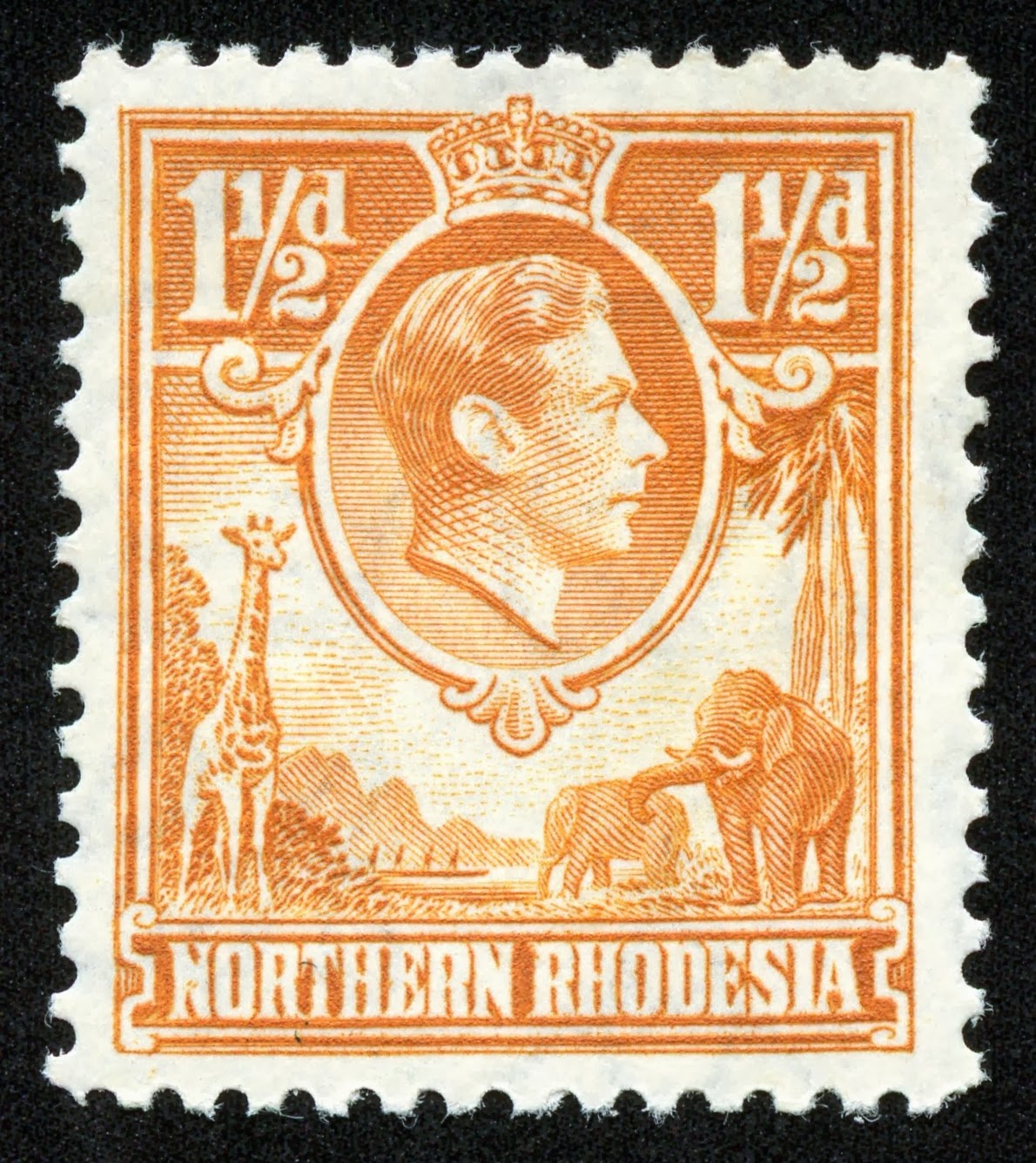 1941 Scott 30 1 1/2p brown orange "George VI"
Between 1938-52, a 21 stamp set, almost identical to the former definitive production, save for the replacement of "George VI" in the vignette, was issued. This issue serves as  a particularly good argument for collecting  the "George VI" era stamps through 1952, rather than have an arbitrary cutoff of 1940. Of the 21 stamps in the set, 8 were issued between 1941-52. 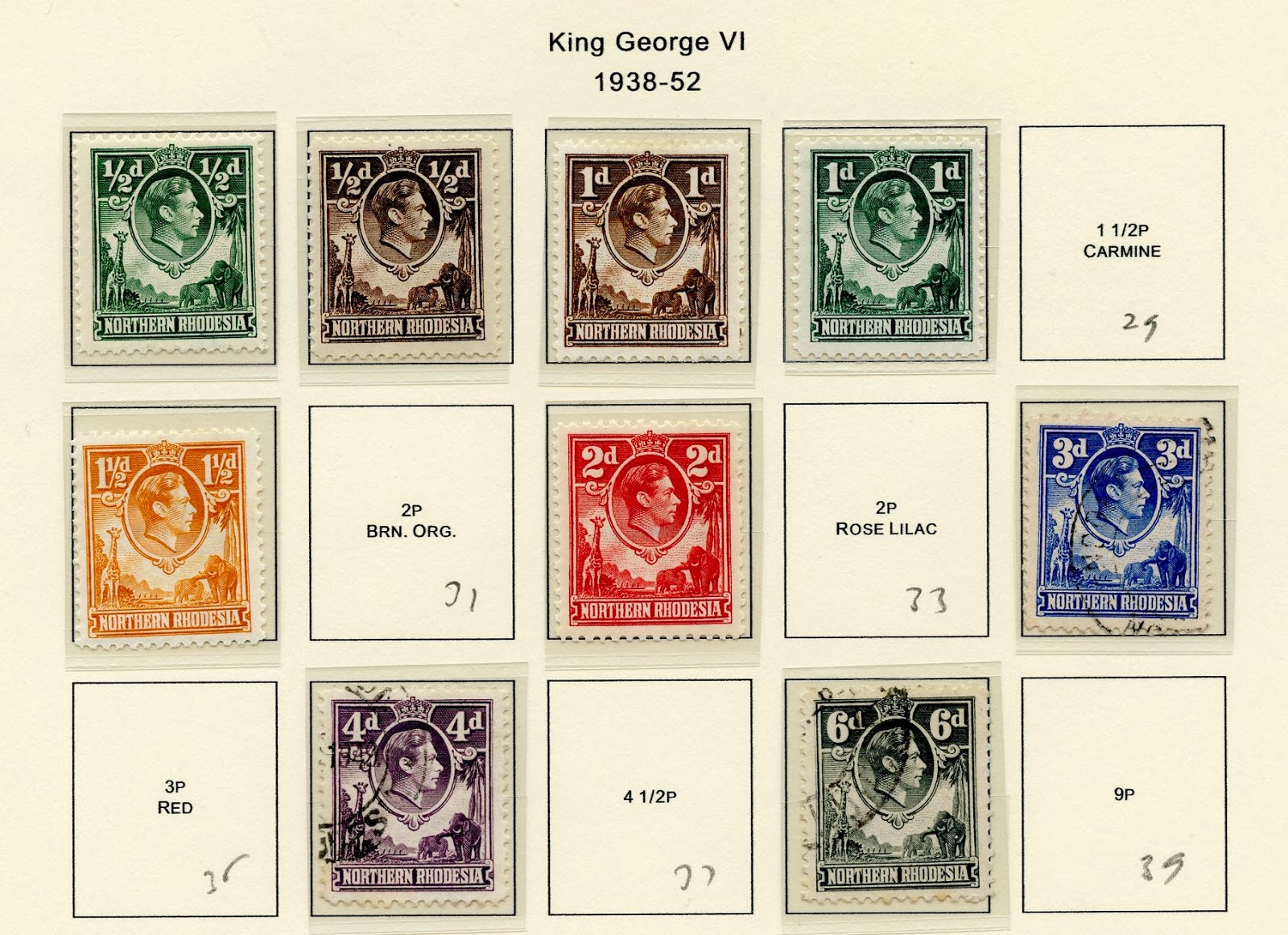 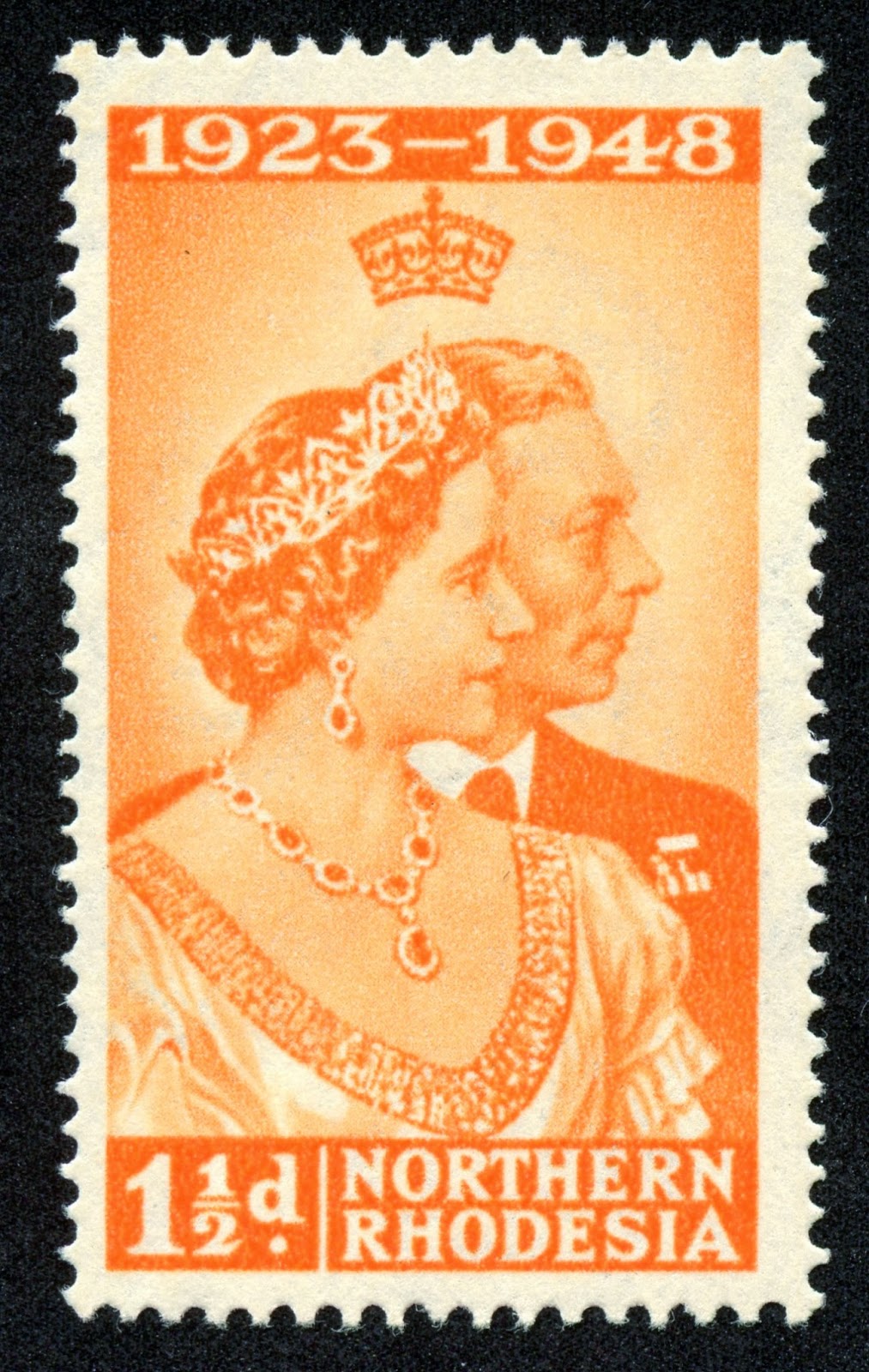 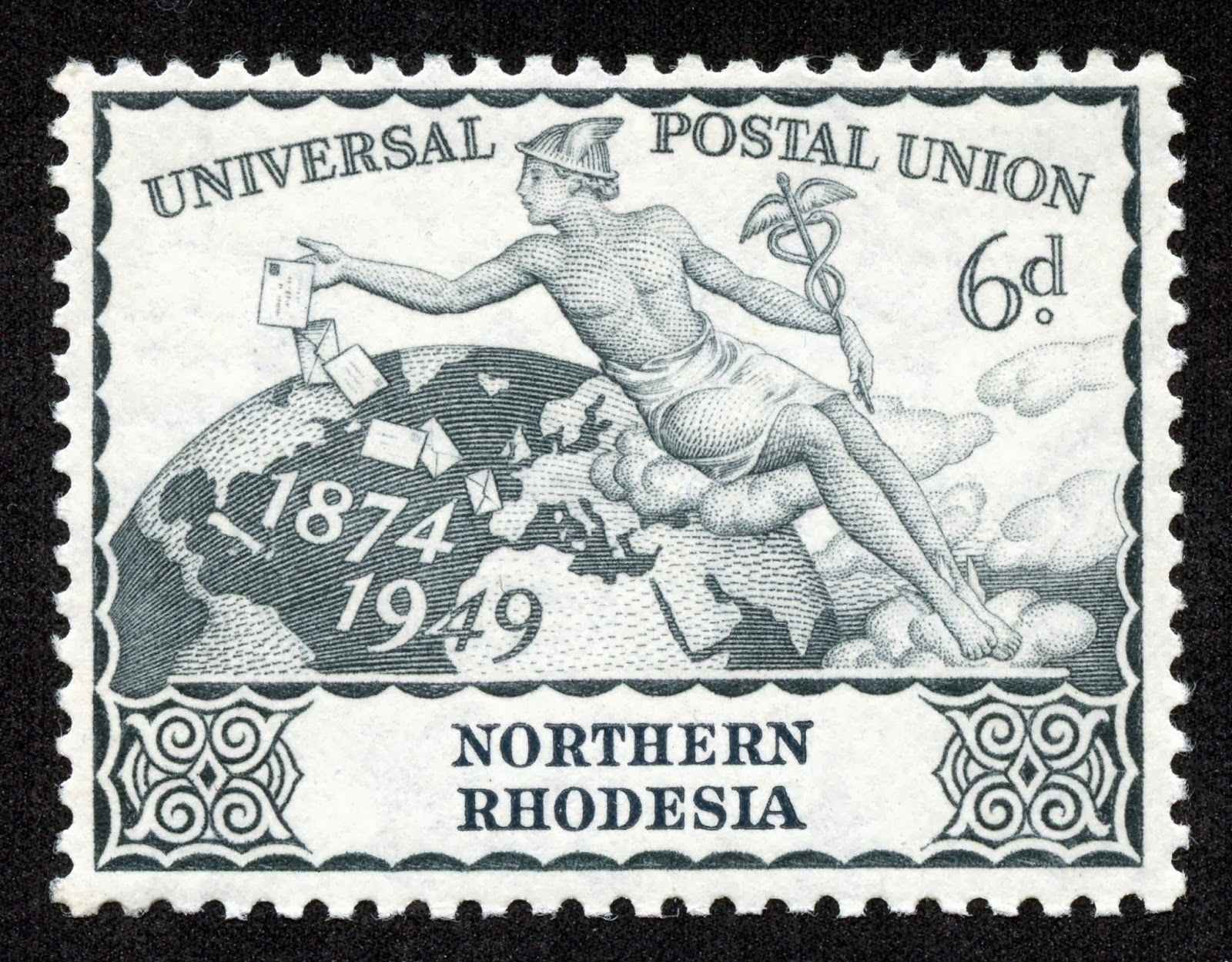 1949 Scott 52 6p gray "UPU Issue"
Out of the Blue
Trying to make sense of the colony/protectorate/country changes in Africa is half the fun of collecting classical era African stamps. ;-)