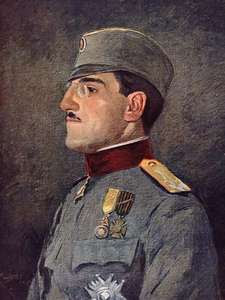 I think King Alexander looks rather like Peter Sellers, the comic actor of Pink Panther fame. But there is nothing comedic about the king. Alexander, known as the Unifier, tried to fuse six Balkan nations following World War I. Herding panthers would have been easier, and less deadly. People living in Serbia, Croatia, Bosnia and Herzegovina, Macedonia, Slovenia, and Montenegro lacked common goals, ethnicity, religion, language and even alphabet. (See, for illustrations, BB’s pre 1920 Yugoslavia selections, also BB’s stamps for Montenegro, Serbia and Bosnia.)

Nevertheless in 1918, Alexander, then prince regent, helped cobble together the Kingdom of Serbs, Croats and Slovenes -- an internationally welcomed development since events in this region had sparked WWI. Upon the death of his father in 1922, Alexander became king. In 1929 he renamed the Kingdom as Yugoslavia, following popular usage.

Leaving no diary or memoire, Alexander remains a sketchy historical figure. He did, however, leave many paintings and photos of himself. Until his death, almost all Yugoslav stamps have his image affixed. (Note that the 1969 BB edition omits some of these that earlier editions included). Perhaps publishing his face was a unification strategy aimed to boost solidarity, even as he became less popular.

Turbulence filled Yugoslavia’s 1930s; the Croatians were especially unhappy. At one point, Alexander declared that anyone who wanted a regime change in Yugoslavia would need “to kill me.” On Tuesday, 9 October 1934, a Croat-sympathizing Bulgarian obliged. Yugoslavia’s 1934 stamps issued with Alexander’s image encased in black borders are striking, and sad. But the assassination precipitated no regime change; Alexander’s son, Peter II, became the boy king featured in the 1935 stamp series.

I like Alexander, a quiet man of military demeanor who sought unity in the midst of diversity and who wanted land reforms favorable to peasants. 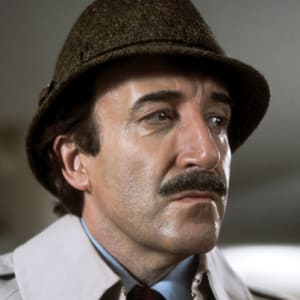 Jim's Observations
Jugoslavia (as it is still spelled in Big Blue), or Yugoslavia (as it is more commonly known), or the Kingdom of Serbs, Croats and Slovenes ( the official name from 1918-1929), was a diverse country of Slavic peoples that existed from 1918-1992. More specifically, the Kingdom of Yugoslavia formed between 1918-1943, the period of interest to this blog.
It was born after WW I when a general movement of pan-Slavic nationalism was on the ascendancy, and with the collapse of the Austro-Hungarian Empire.

The Kingdom was able to come together, because 3/4 of the population spoke an intelligible variant ( to each other) of Serbo-Croatian.

Although they shared a language, albeit with different dialects, the Croats and Serbians did not share much else. And hence the conflicts that would explode later. 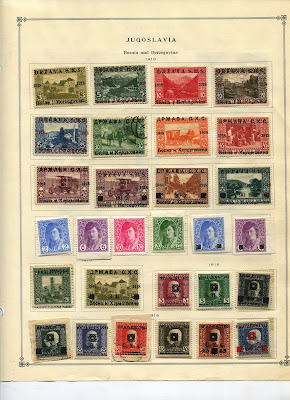 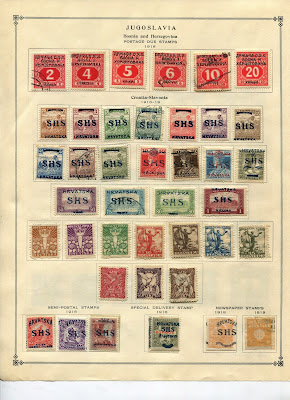 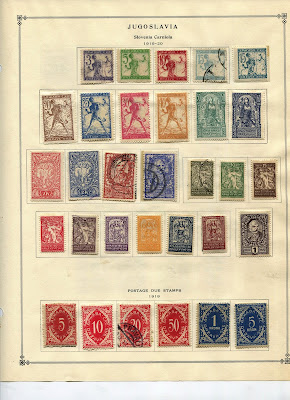 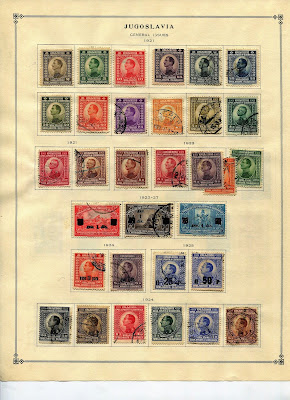 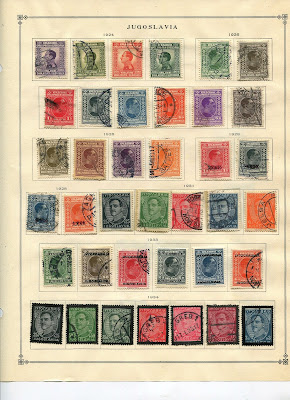 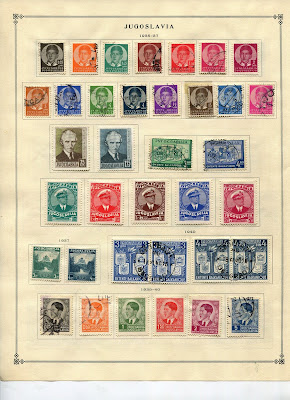 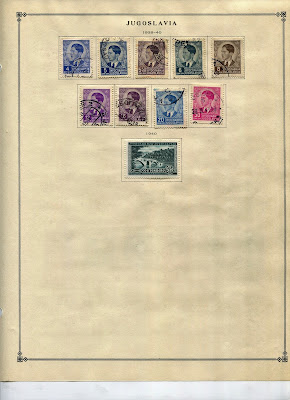 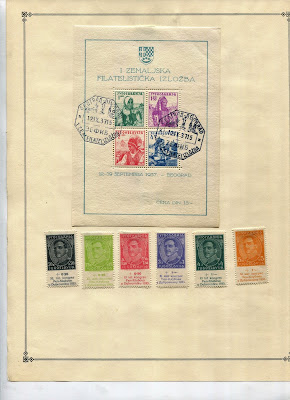 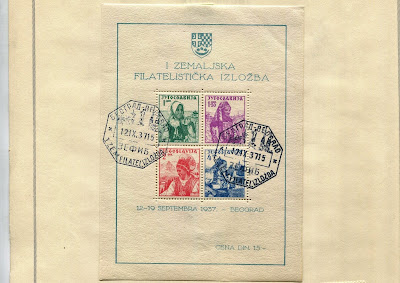 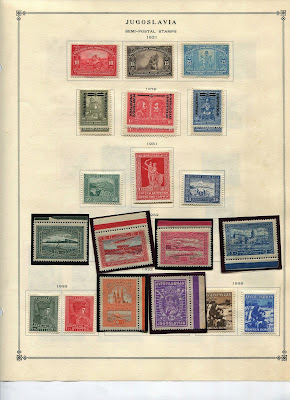 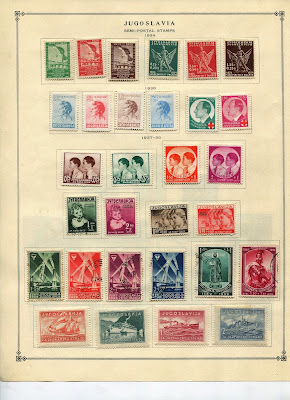 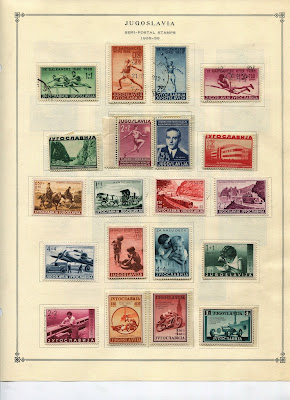 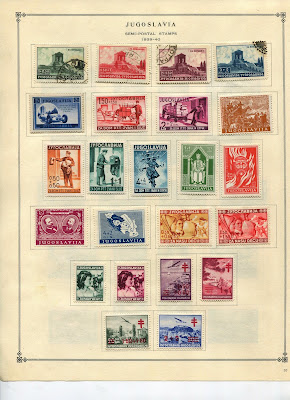 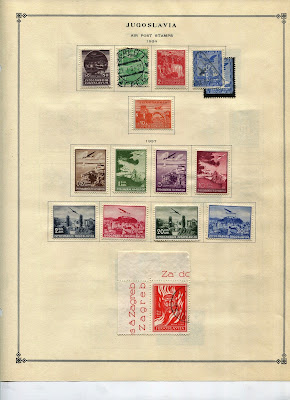 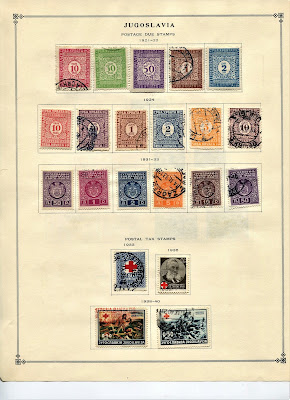 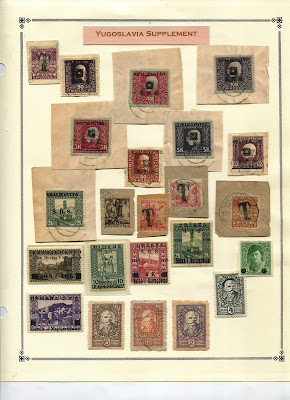 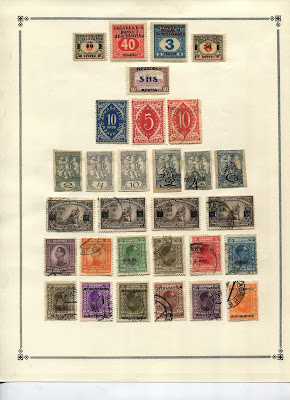 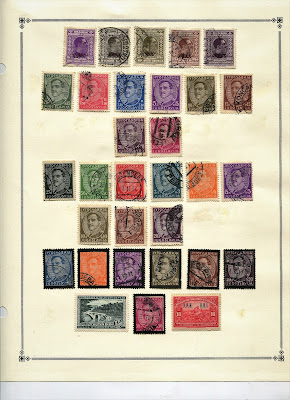 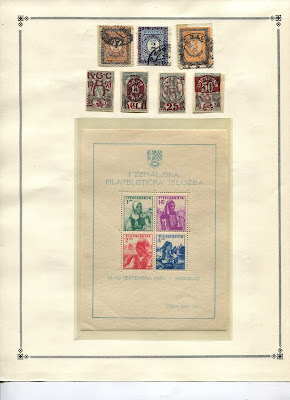 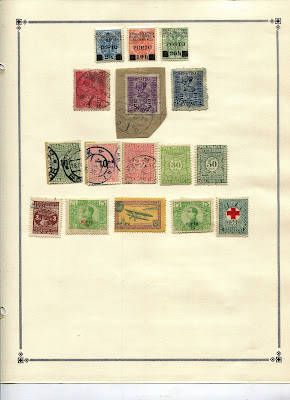 Note: Pic of Alexander I and Peter Sellers are used here for educational purposes.