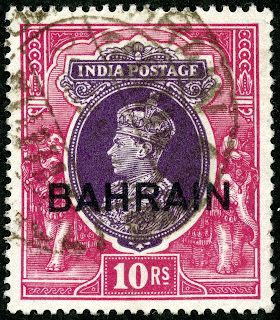 All of the stamps during this classical era are either overprinted/surcharged stamps of India, or of Great Britain.

The original Bahrain blog post and checklist is here. 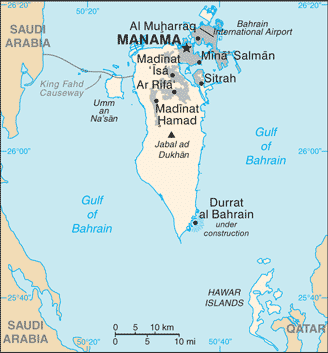 Map of Bahrain
To add to the history here. Bahrain is an archipelago in the Persian Gulf with Bahrain as the largest   and most important island. During the 19th century, it was known for its pearl fisheries. It was a British protected territory, and, of course, during the 20th century, an oil rich one.

It became an independent sheikdom emirate (which changed to Kingdom of Bahrain in 2002)  on August 15, 1971. 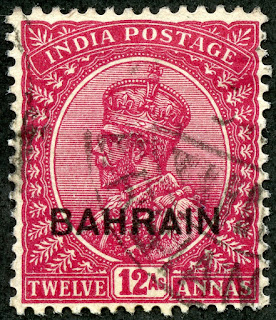 1933 Scott 11 12a claret "George V"
Indian Postal Administration
Stamps of India, 1926-32, Overprinted
Bahrain had only one post office (at Manama) for the first 62 years, and that opened on August 1, 1884 as a sub-office of Bushire (Iran), through the Indian postal administration, Stamps of India were cancelled with a "Bahrain" postmark until 1933.

Eleven stamps in a smaller format for denominations 3p-12a were overprinted. 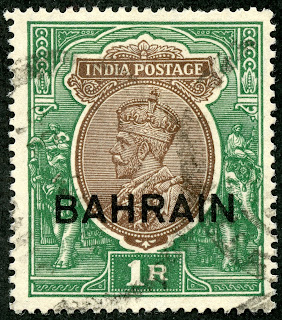 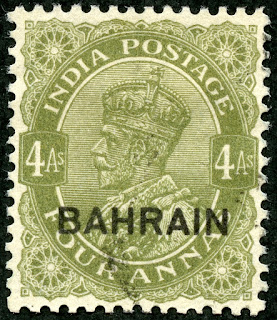 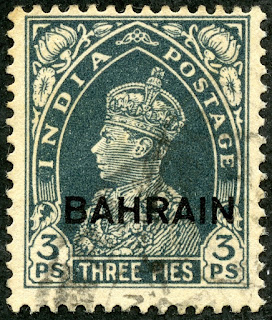 The above design was used for the four lowest denominations. 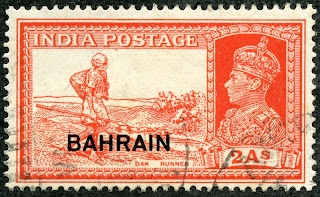 1938 Scott 24 2a scarlet "Dak Runner"
India Stamps, 1937, Overprinted
The second design for the overprinted issue was used for the six middle denominations. 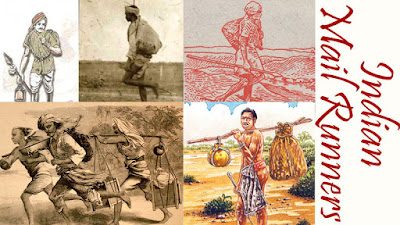 Dak or Mail Runner
A "Dak Runner" carried messages from village to village using old worn paths, often carrying a spear and lantern. They were appointed by the British Raj, beginning in the 1850s. 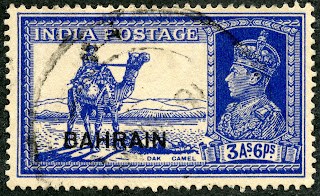 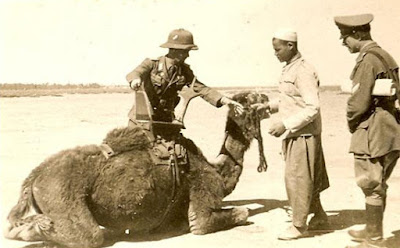 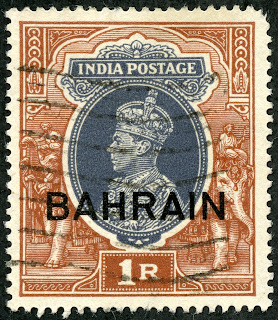 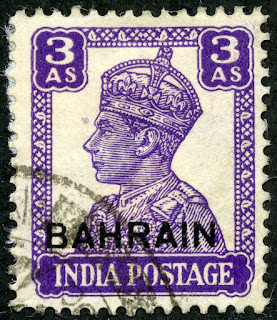 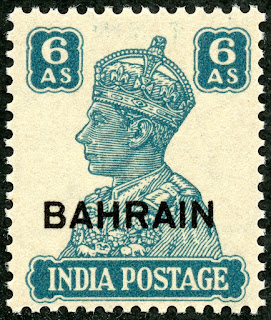 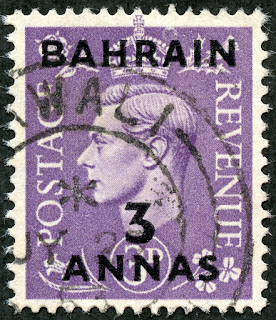 The eight lower denomination stamp issue of 1948-49 was surcharged/overprinted as shown. 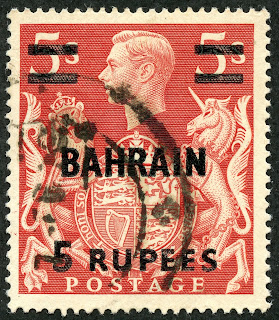 1948-49 Scott 61 5r on 5sh dull red
For the 1948-49 issue, the three highest denominations were surcharged/overprinted on large format stamps as shown. 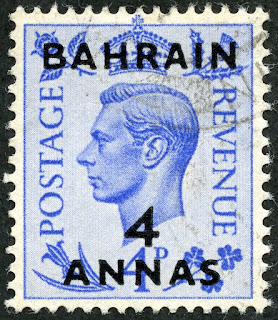 Great Britain continued to use their overprinted stamps for Bahrain until 1960, when portrait stamps of the Sheik were produced,

With the beginning of the Bahrain postal administration on January 1, 1966, the subjects/themes on the stamps began to reflect a local flavor.

Finally, as an independent state, beginning August 15, 1971, Bahrain's stamps were free to go their own way. 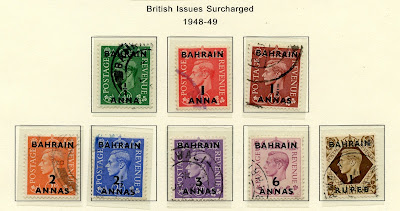 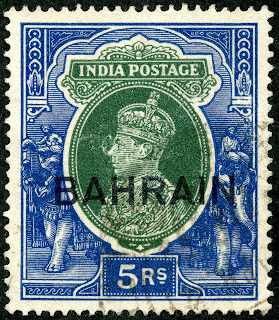 1938 Scott 34 5r deep ultramarine & dark green "George VI"
India Stamps of 1937, Overprinted
Out of the Blue
The classical era for Bahrain is dominated by the conservative theme stamp output of India and Great Britain. Nothing about Bahrain itself.

Note: Map, "Dak runner" and "Dak camel" pics appear to be in the public domain.