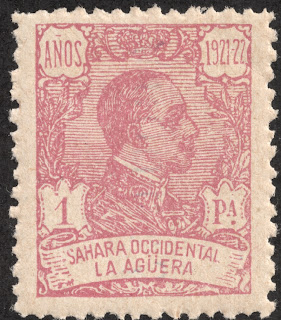 1922 Scott 24 10p 1p rose "King Alfonso XII"
Quick History
La Aguera was an administrative district in Rio De Oro, a Spanish colony on the African northwest coast. The district had two stamp issues between 1920-1924 when it and Rio de Oro was incorporated into Spanish (Western) Sahara. Overall, this area was a territory of Spain between 1884 and 1975.

La Aguera was located on the very southwestern tip of Western Sahara. There were never more than 1,000 inhabitants of the settlement. La Aguera was abandoned to the sand in 2002. 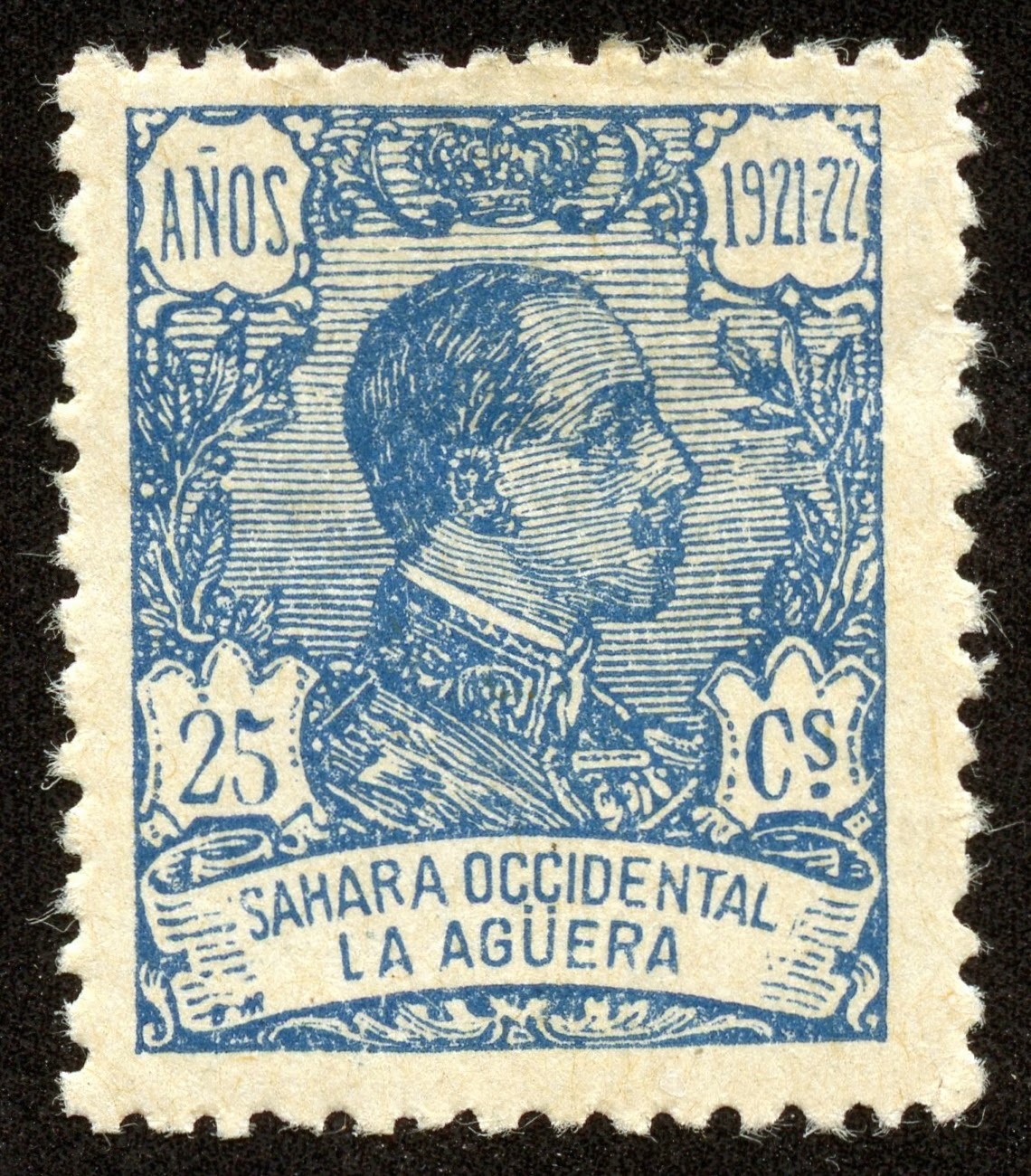 1922 Scott 20 25c deep blue
"King Alfonso XIII"
Into the Deep Blue
The 2011 Scott Classic Specialized catalogue has, for Aguera 1920-22, 26 major descriptive numbers. Of those, 18 are CV $1+-$2+. The stamps of Aguera are affordable for WW collectors, but there is a catch. One has to find them. ;-) They tend not to be found often in general WW collections, at least in the United States. 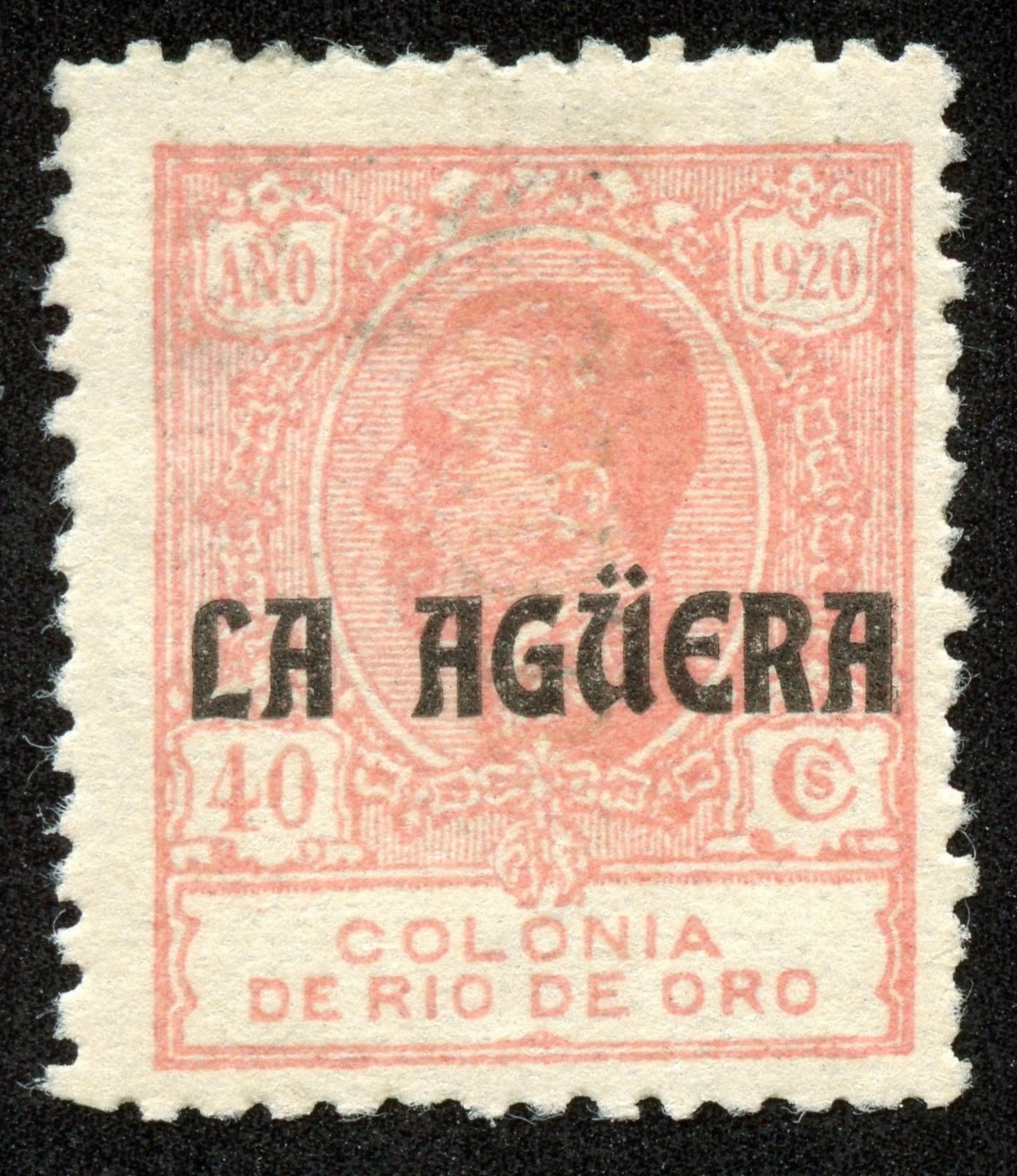 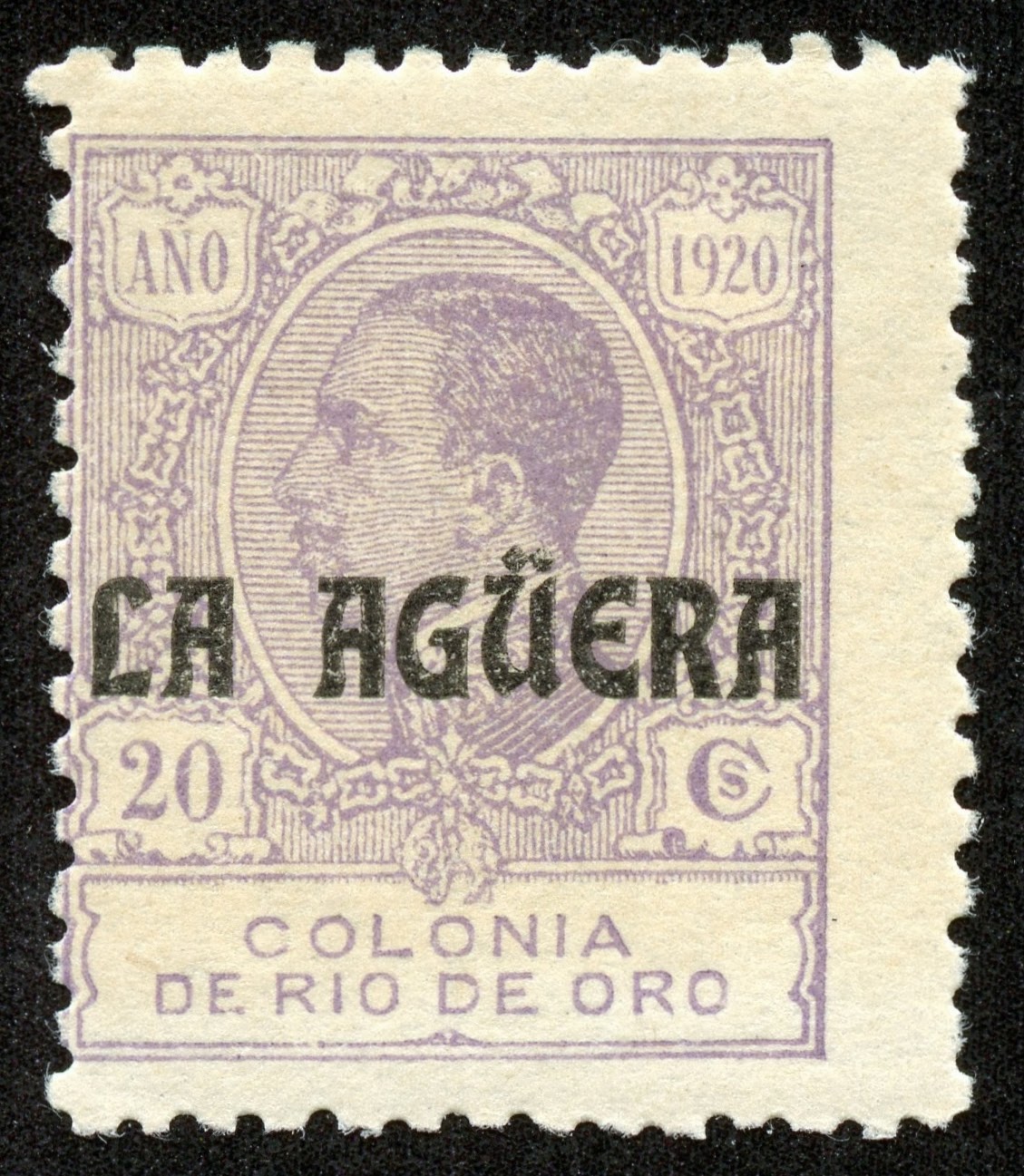 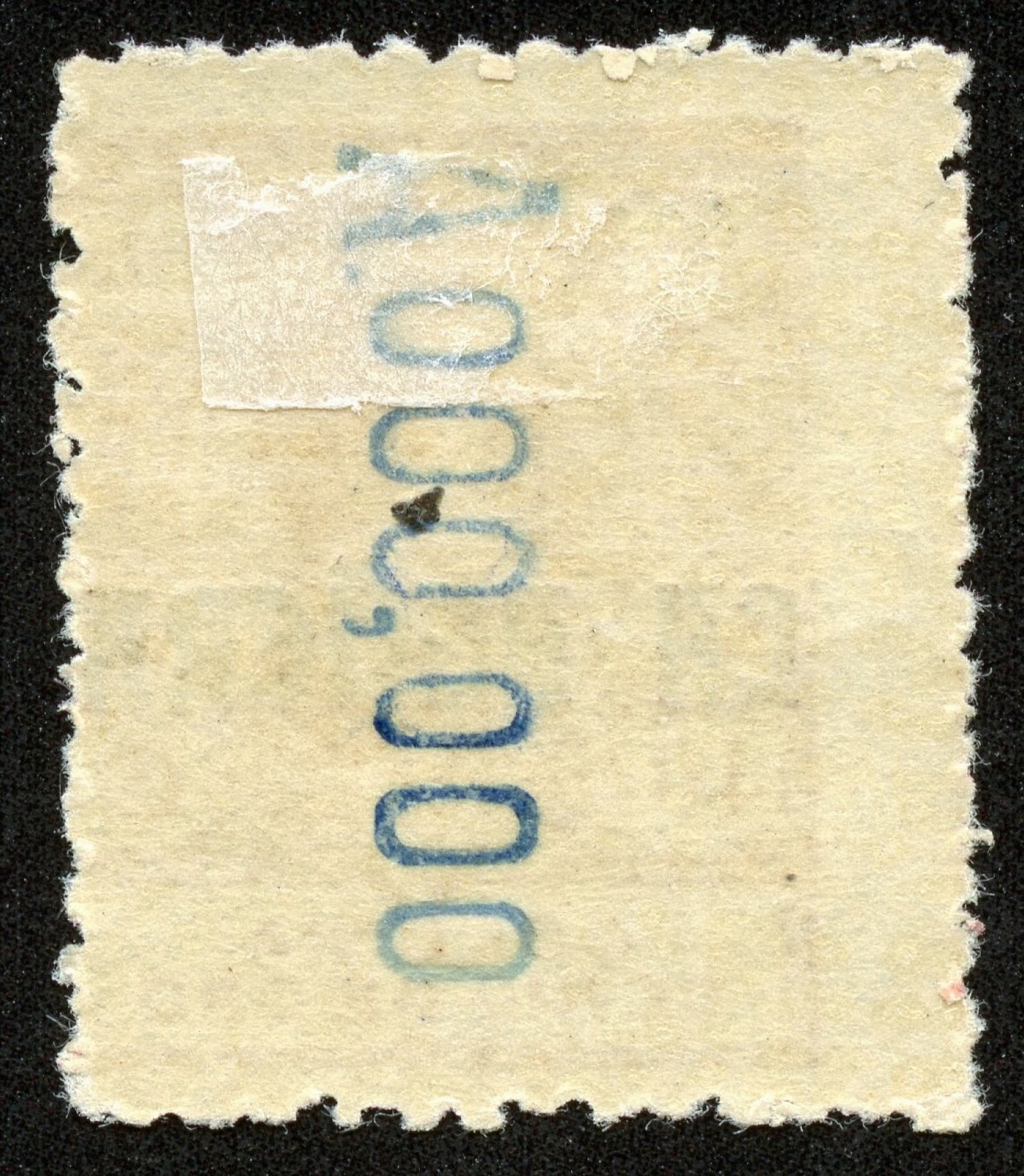 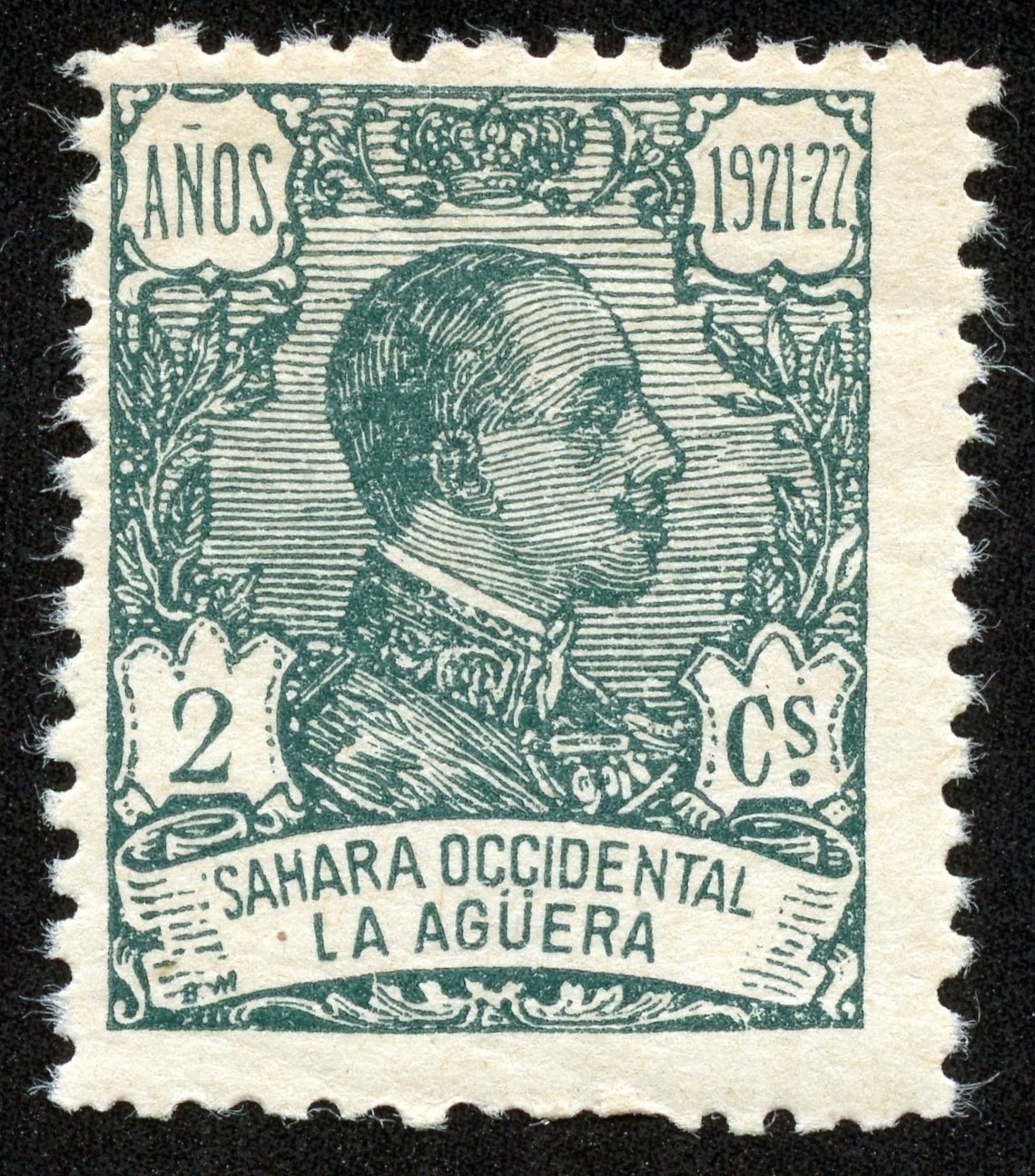 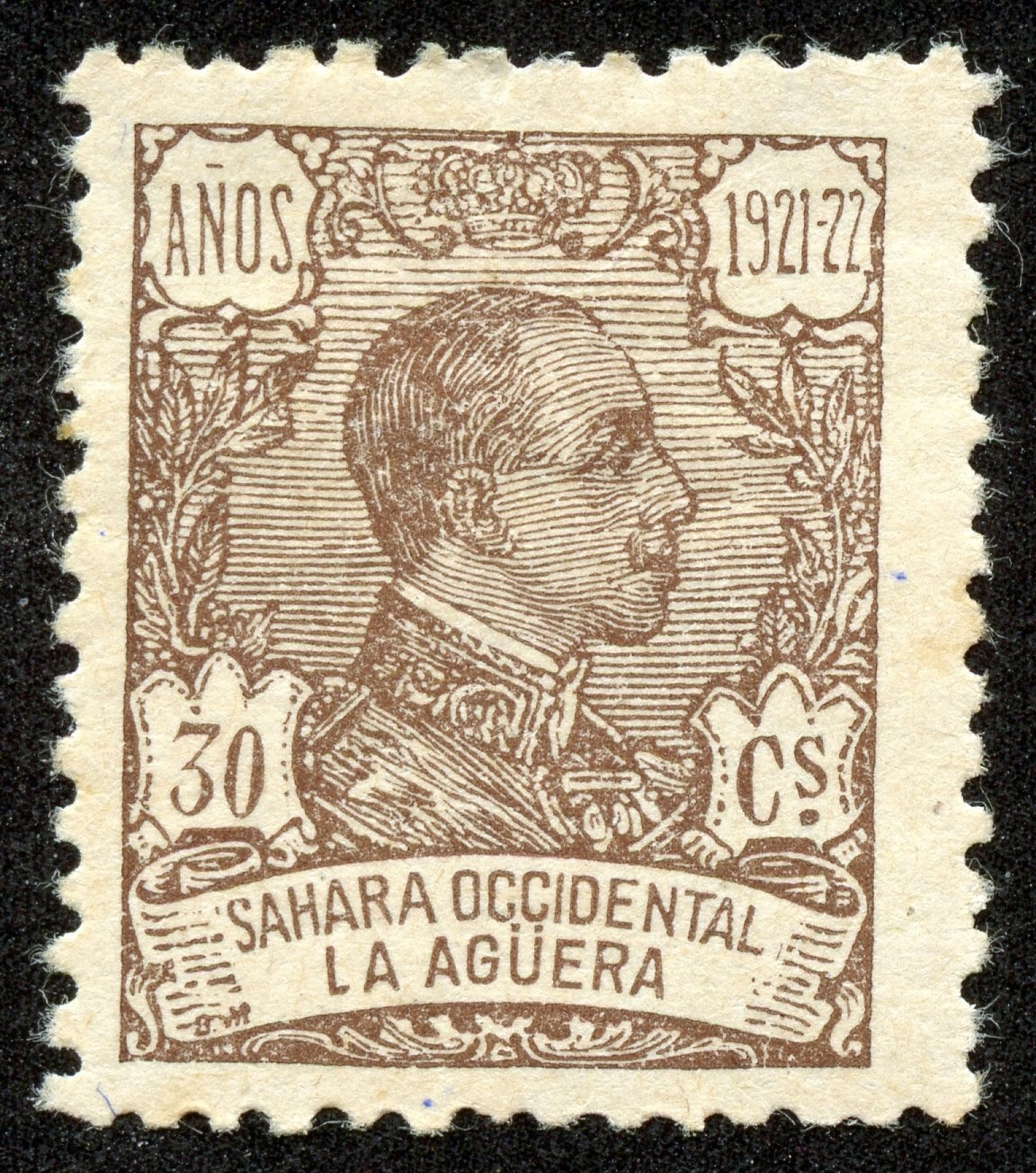 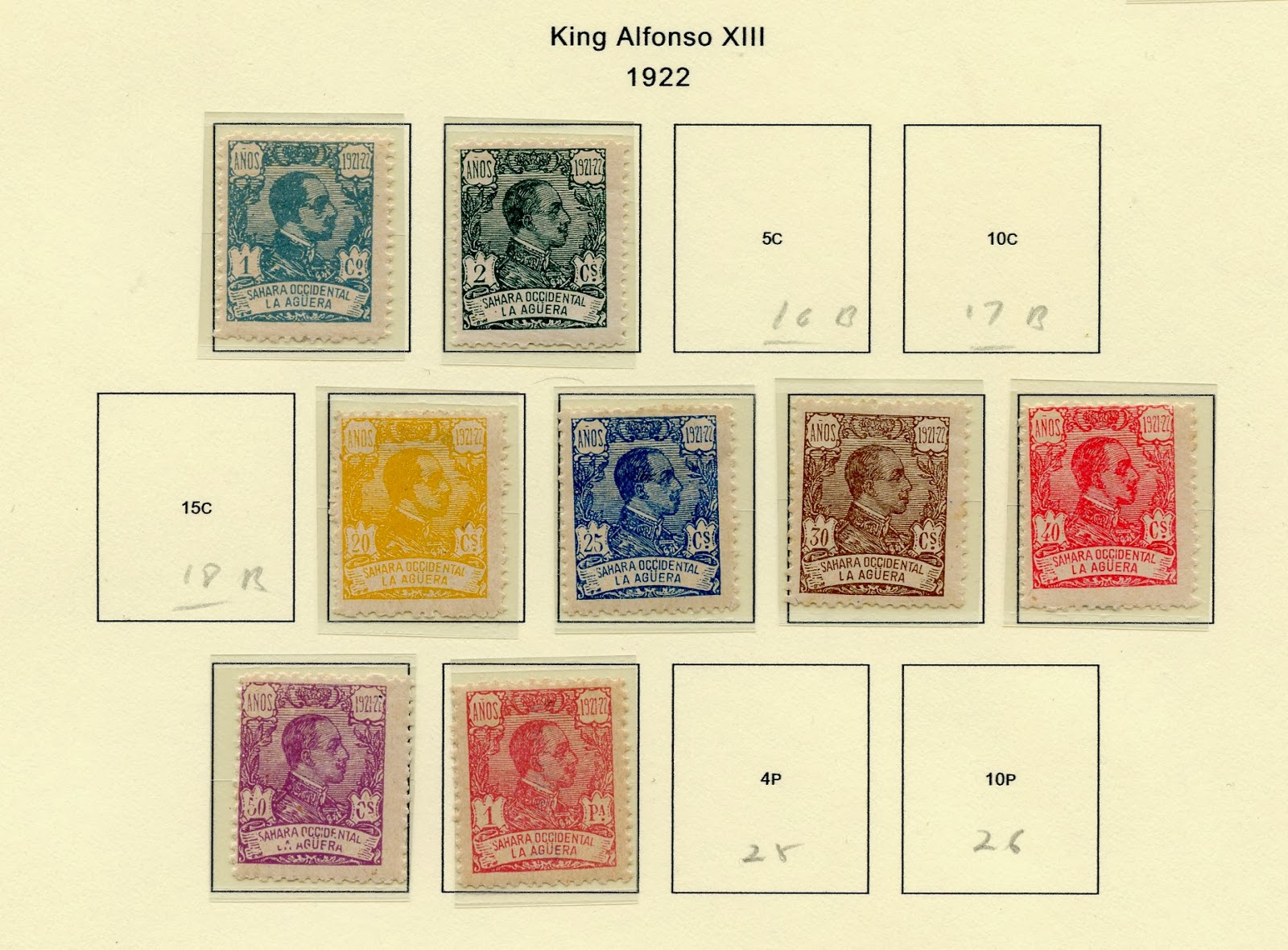 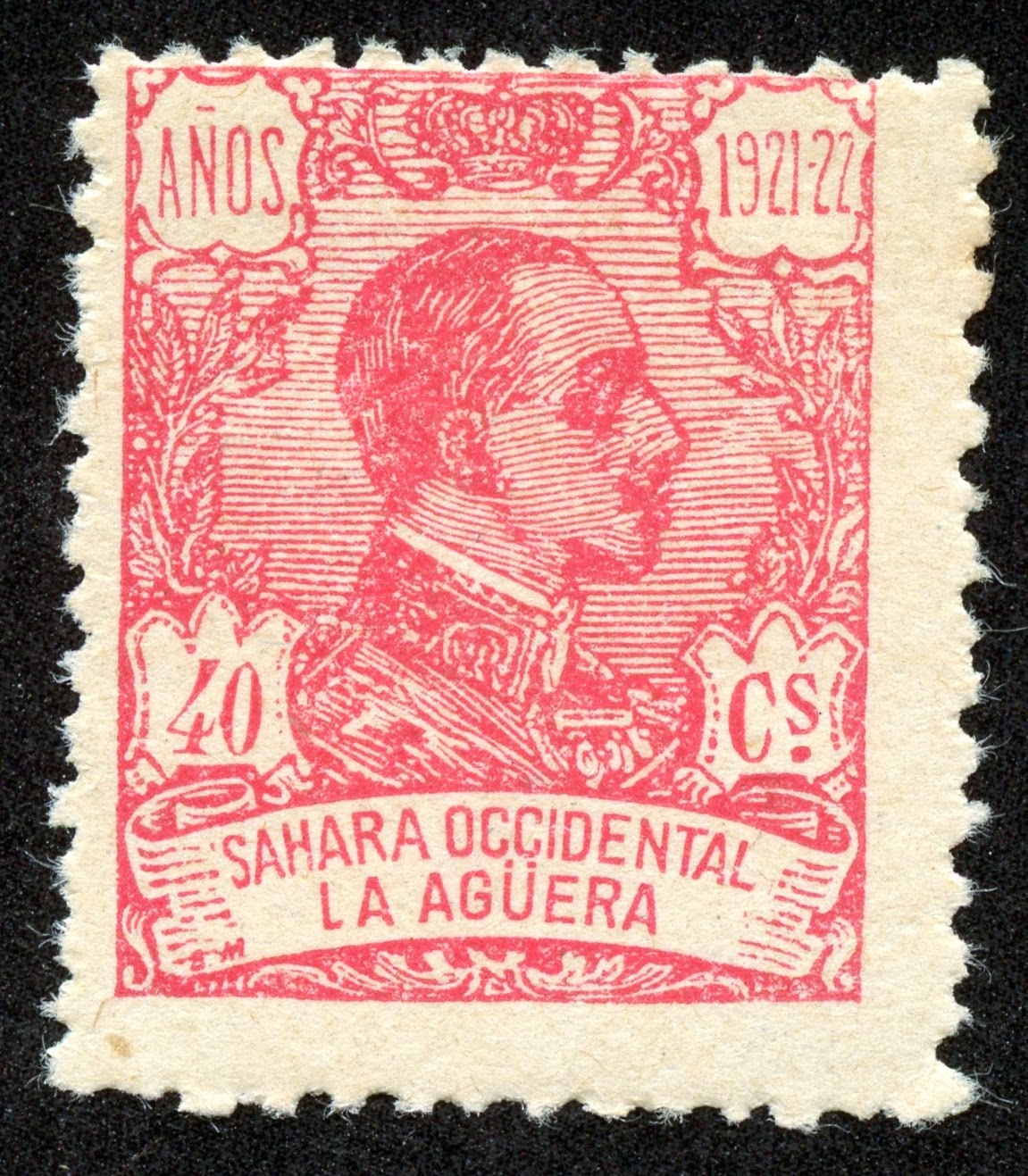 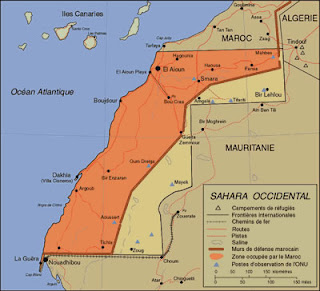 The Scott numbers are the same for the 1947 Standard catalogue. 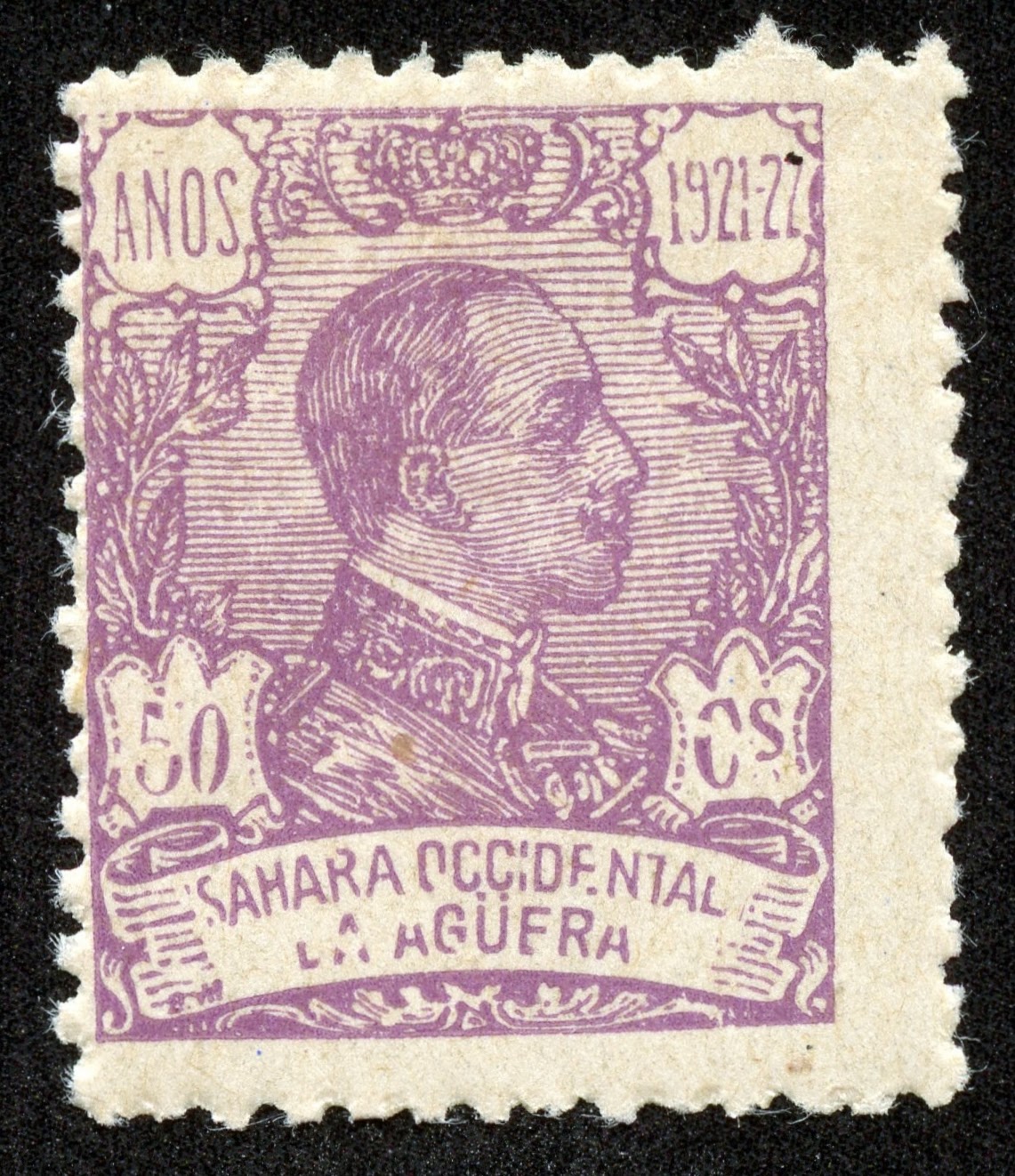 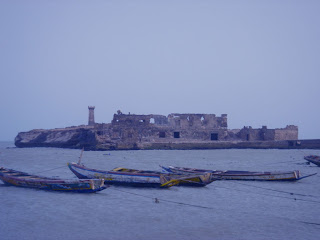 The Fort now abandoned, La Aguera lives on in stamp history
Bottom Blue Line
Nice little grouping. A few more stamps can be collected for not much- if you can find them. :-) Aguera is not often found in general collections.

If you want to continue to collect this area, go to the stamps of Spanish (Western) Sahara beginning in 1924.