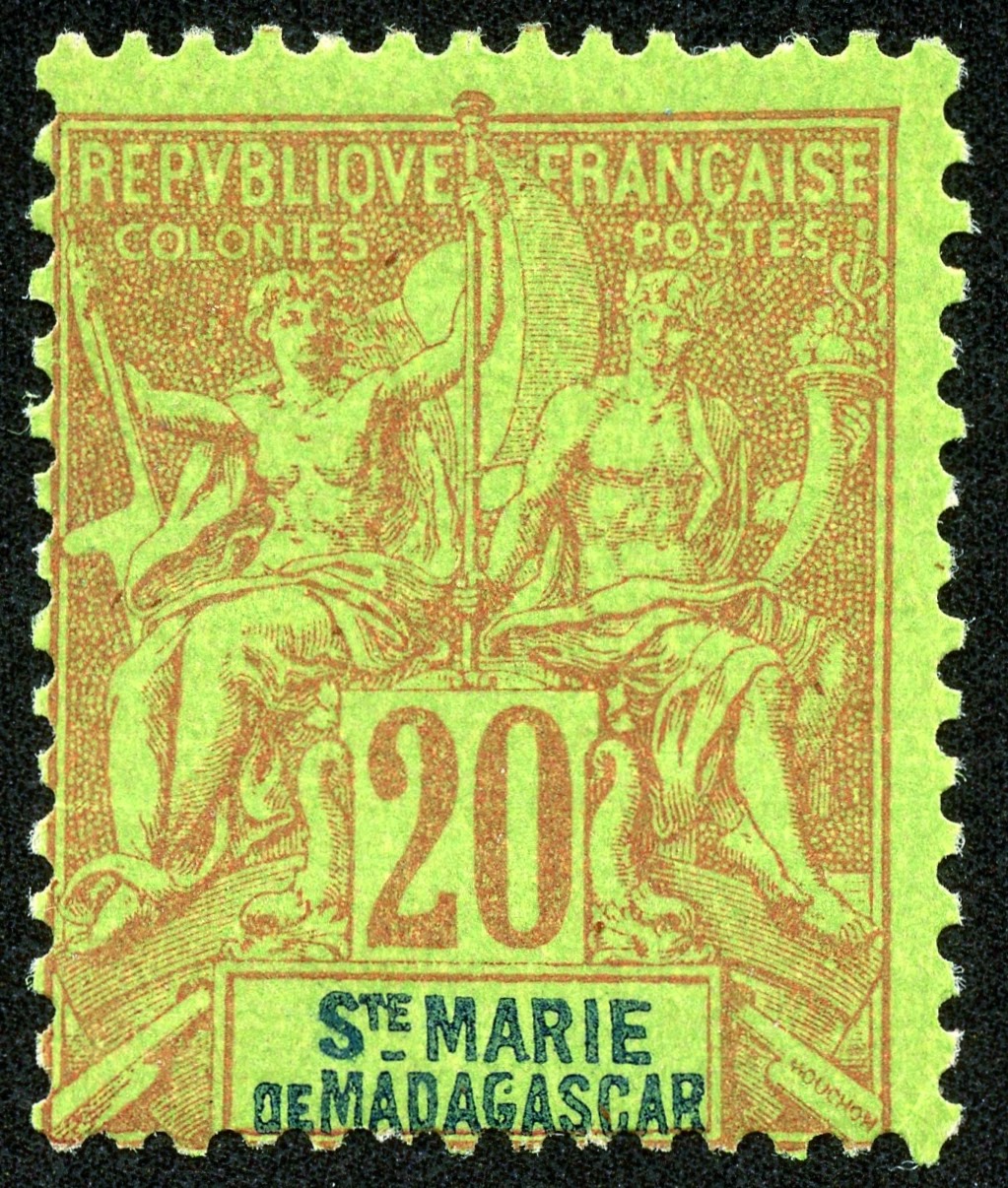 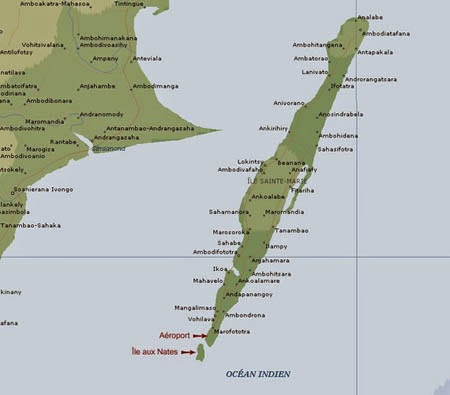 In 1896, Ste. Marie de Madagascar was attached to the colony of Madagascar, and the island's own stamp production ceased. (By 1911, all of the above named French colonies were part of Madagascar & Dependencies.)

Ste. Marie de Madagascar was bounced around the French administrative sphere throughout the 19th century.

It was used, at least in part, as a penal colony during this period.

In 1894, it again became a separate French colony.

What Ste. Marie de Madagascar is "famous" for these days is the past history (17th & 18th century) as a haven for English, Portuguese, French, and American pirates, which would prey on the silk trade ships passing nearby.

There is still evidence of pirate history on the island (see below). 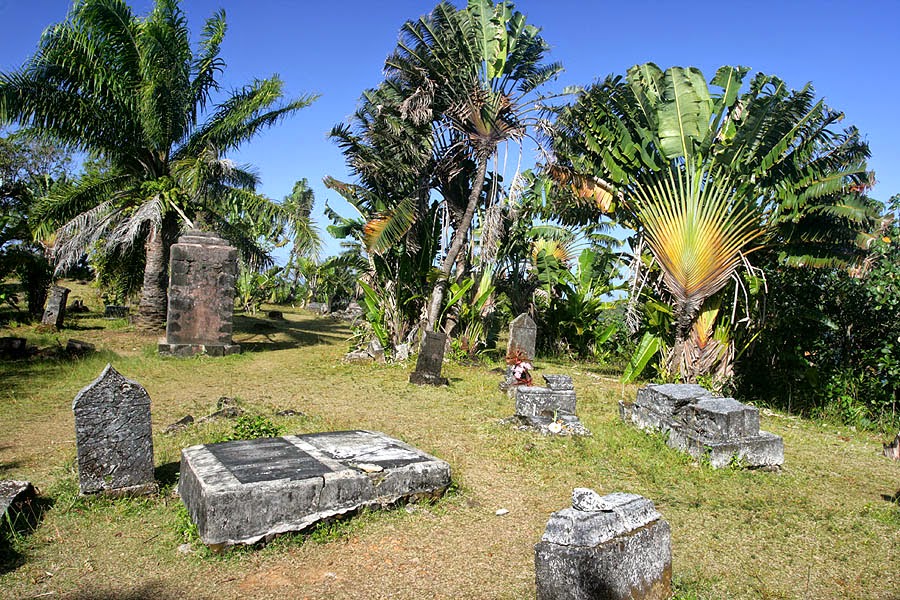 Pirate Cemetery on the Island
Into the Deep Blue
The 2014 Scott Classic Specialized 1840-1940 catalogue has, for Ste. Marie de Madagascar 1894, thirteen major descriptive numbers. The stamps consist entirely of the French Colony 1894 "Navigation and Commerce" issue. Of those, three are CV $1+-$5, with four more @ CV $10+. 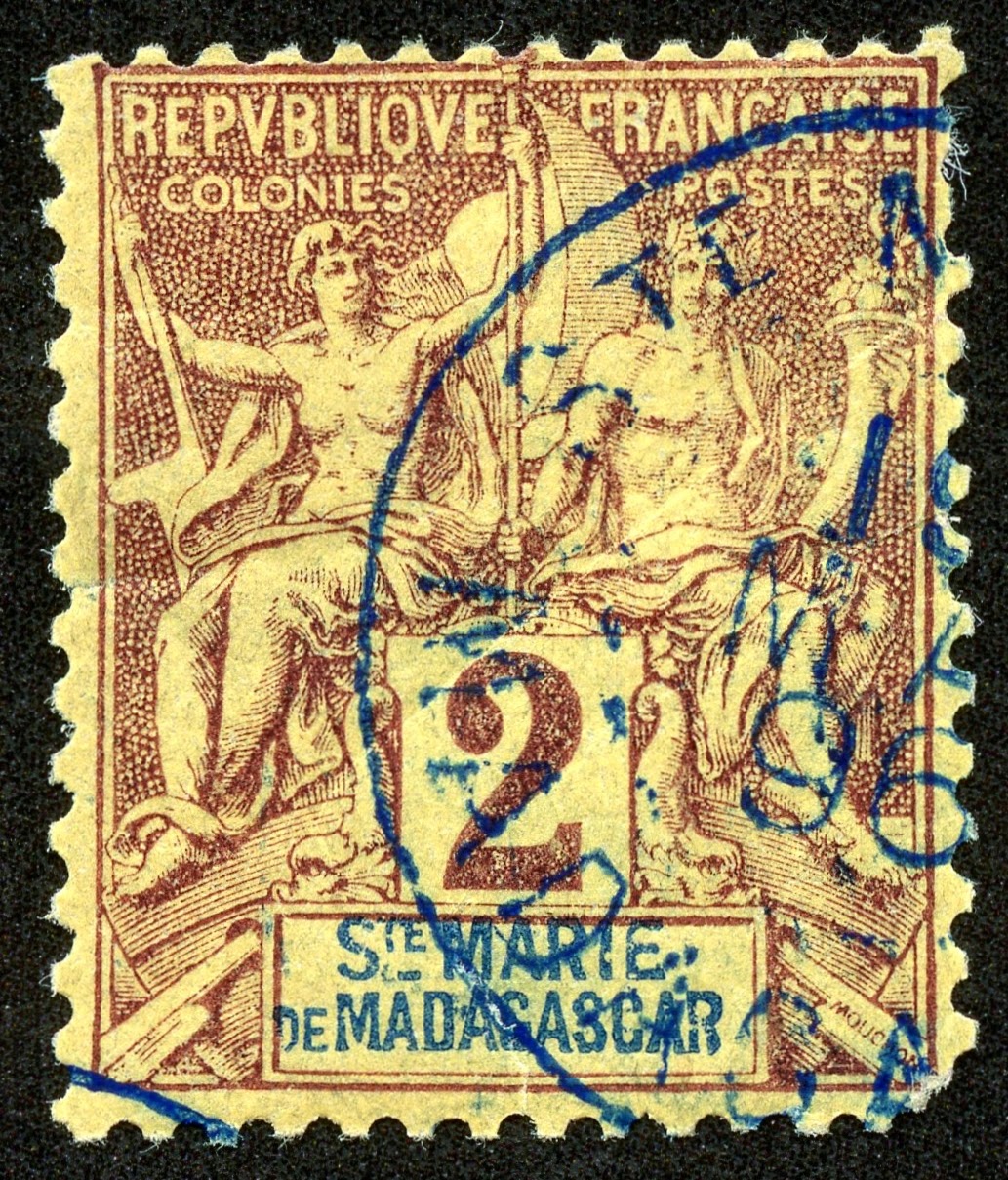 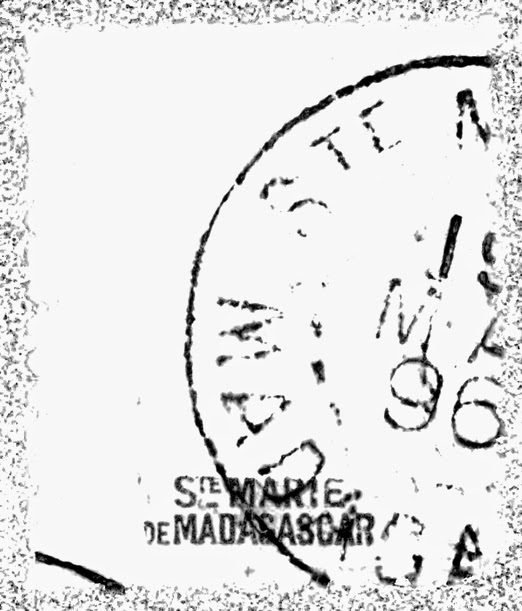 Ste. Marie de Madagascar Postmark
Using the retroReveal website, that is hosted by the University of Utah, I extracted the postmark on this 2c stamp.

It should be noted that the stamps, if used, might have postmarks from Madagascar, as they were also valid there. 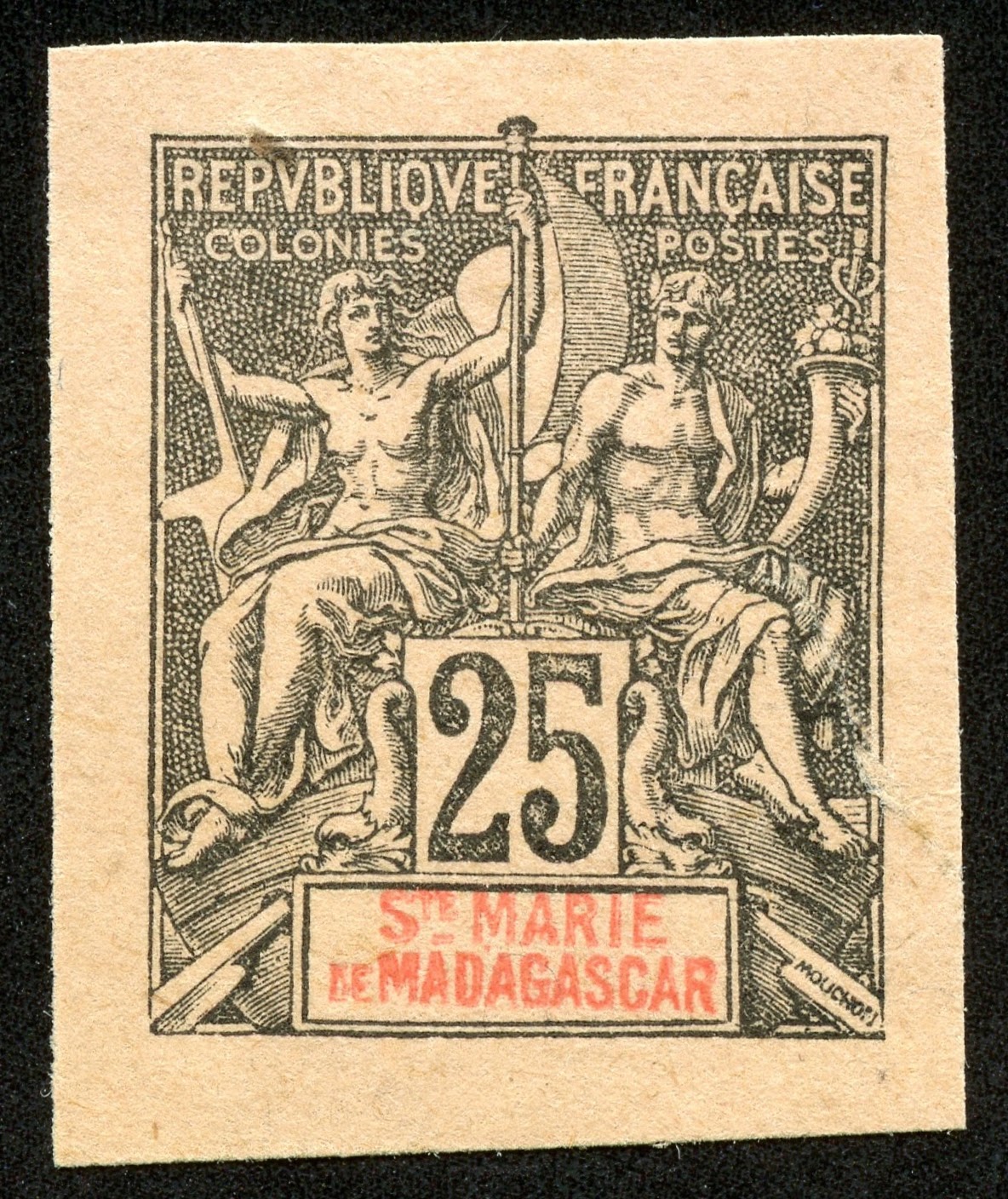 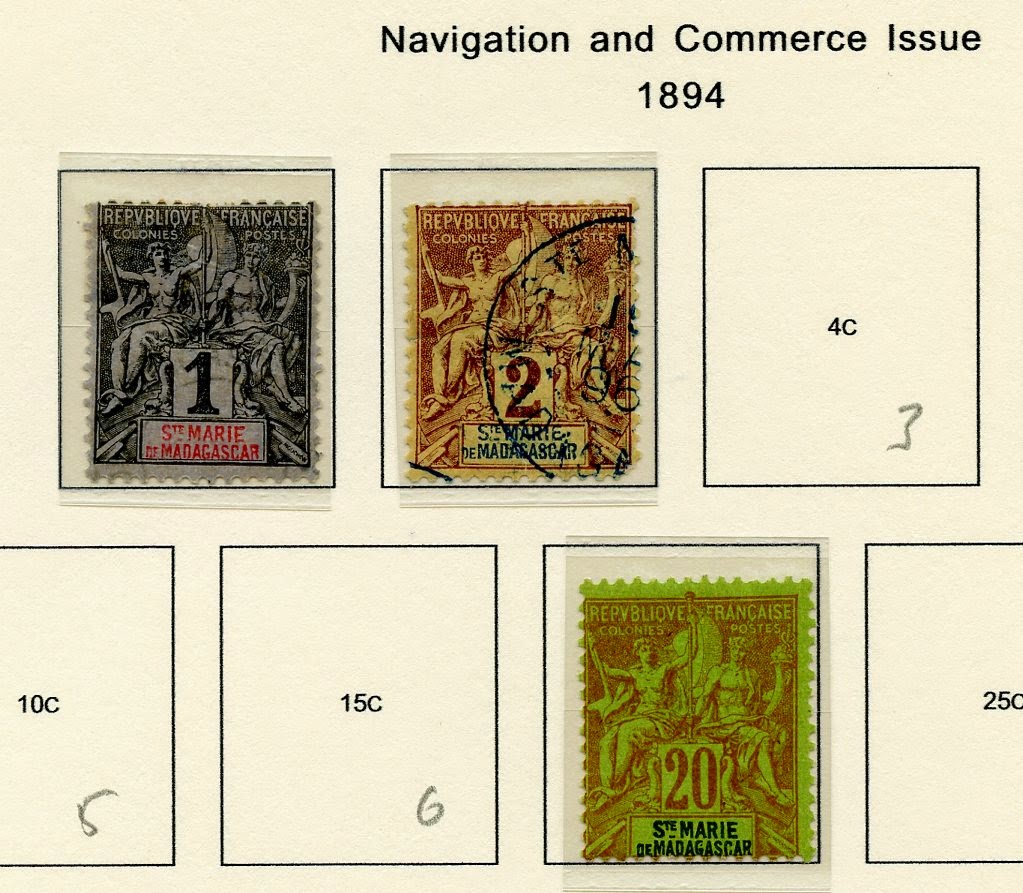 1894 Issue in Deep Blue
Deep Blue (Steiner) has one page for the 1894 stamps of Ste. Marie de Madagascar, and all the major numbers have a space.

The stamps are entirely from the 1894 "Navigation and Commerce" issue, the common design of the era for French colonies.

Coverage is certainly reasonable for a "representative" album. 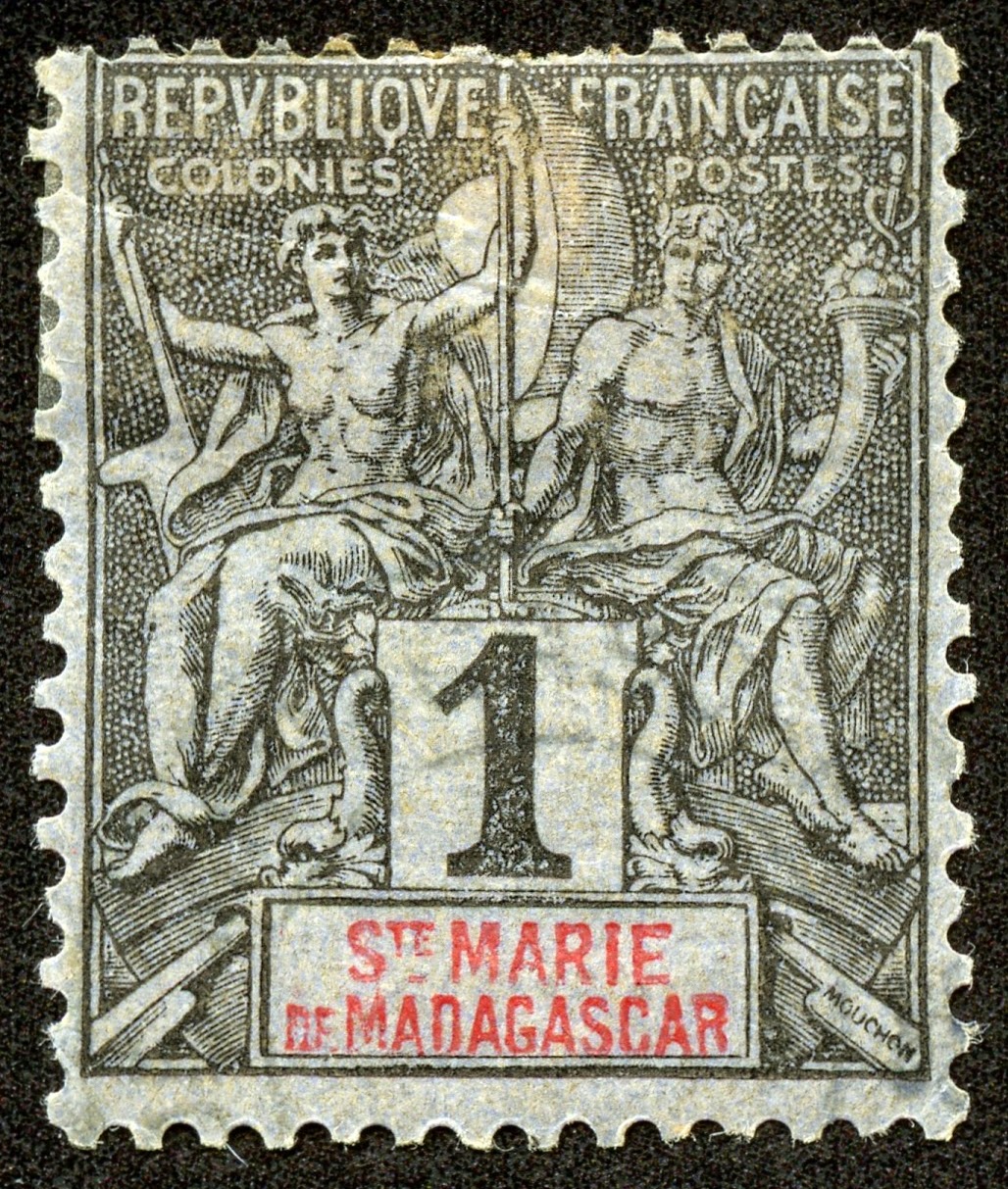 1894 Scott 1 1c black/lilac blue
Out of the Blue
If one was not a classical era WW stamp collector, I suspect there would be little chance one would be aware of this little island. ;-)

Note: Map and "pirate cemetery" and "church" pic appear to be in the common domain. 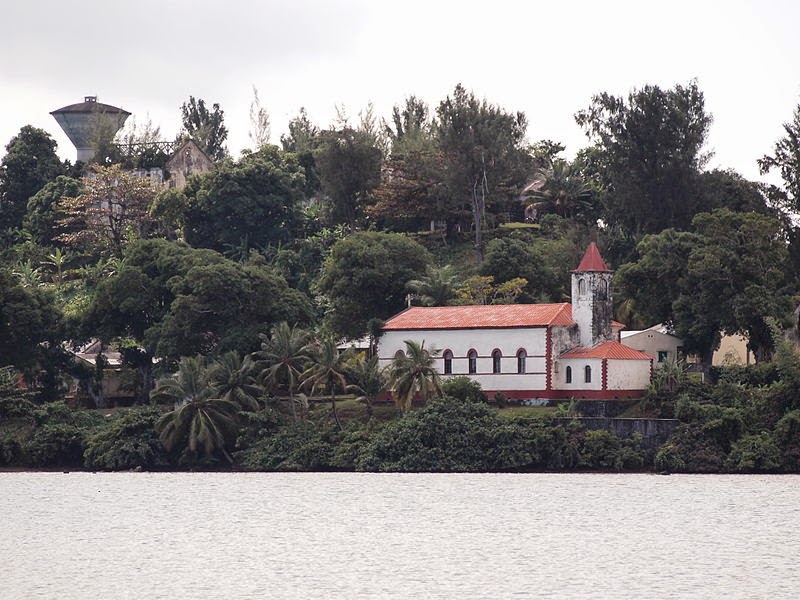