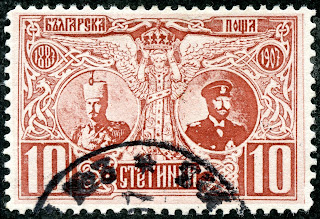 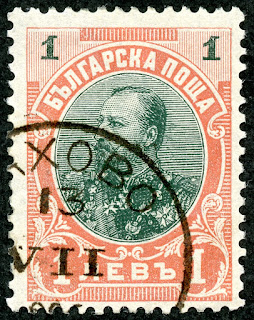 These stamps are quite inexpensive for WW collectors today, with eleven @ <$1-$1+.

The 1 Lev denomination has two types. 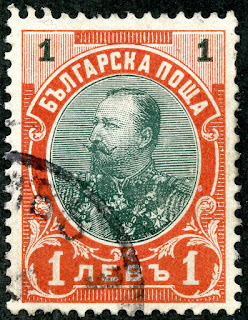 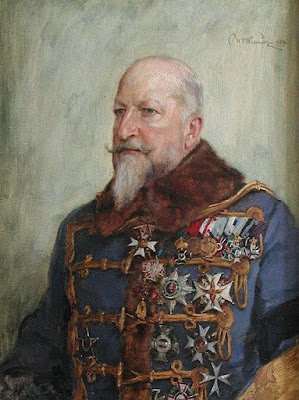 He was known for his affairs/trysts: both women and men.

After WW II, in order to save the monarchy, he abdicated in 1918 n favor of his son, Boris III.

Ferdinand would live to see the collapse of the monarchy and the Kingdom.. His son, Boris III, died of a mysterious illness after visiting Hitler in 1943. His grandson, Simeon II, was deposed in 1946 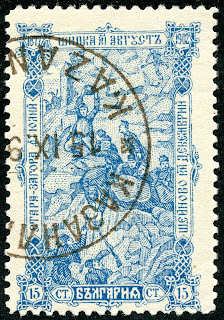 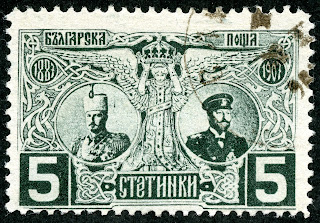 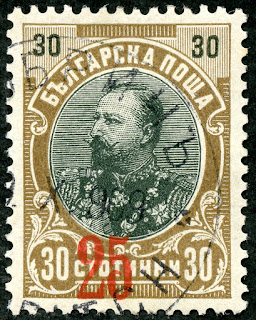 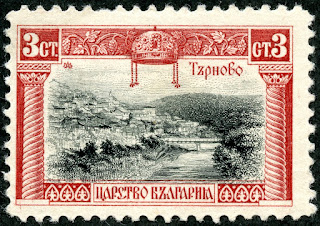 1911 Scott 91 3s lake & black, Engraved
""City of Trnovo"
In 1911, a twelve stamp engraved issue (many bi-colored), each with a unique portrait or pictorial, was published. Certainly this issue is one of the highlights for Bulgaria collectors. 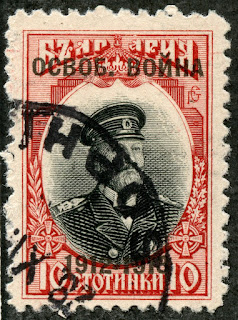 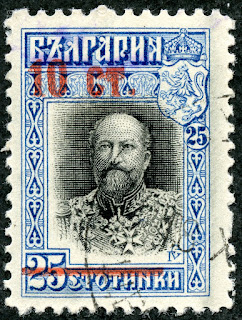 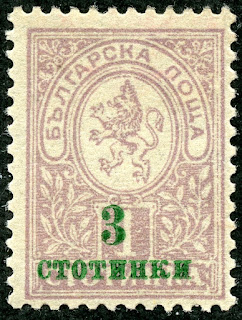 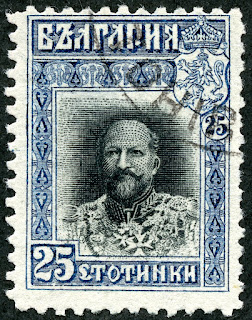 Refer to Scott for specifics. CV is <$1 for all stamps in the issue. 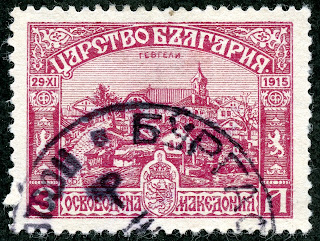 Today, the town of Gevelija on the Vardar River is part of the Republic of Macedonia. 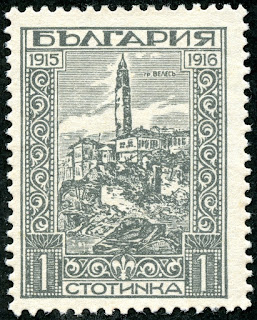 1918 Scott 128 1s gray
"View of Veles"
Veles is another river town that is in Macedonia, not in (now smaller) Bulgaria.A bit embarrassing in retrospect. 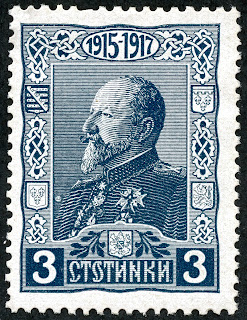 This would prove to be Tsar Ferdinand's last issue, because he was forced to abdicate that October, 1918. (Bulgaria was on the losing side of WW I, and Ferdinand had to go.) 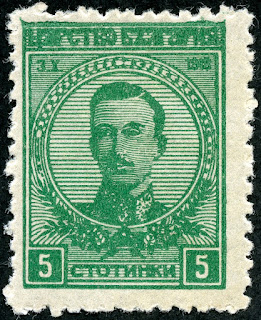 1919 Scott 139 5s green
"Tsar Boris"
On October 3, 1919, a seven stamp typographic set was released for the 1st anniversary of the enthronement of Tsar Boris III (Ferdinand's son). It is rather a poorly produced issue (in looks and  execution), but probably reflects the state of post - WW I Bulgaria. 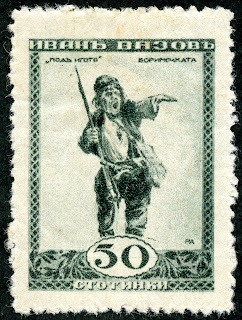 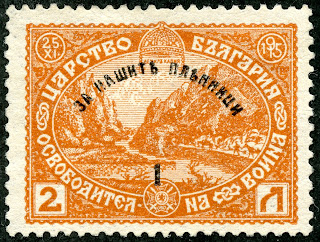 1920 Scott B9 2 l + 1 l brown orange
"Demir-Kapiya (Iron Gate)
Semi-postals were issued by Bulgaria on June 20, 1920. They consisted of surcharged regular issues of 1911-20. The ten stamp issue surtax was intended to aid ex-prisoners of war. 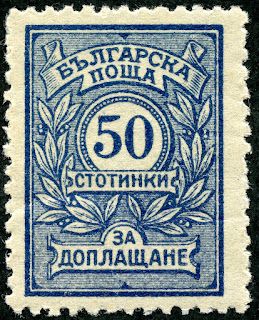 1915 Scott J28 50s deep blue
Thin Semi-Transparent paper
Between 1915-1921, there were postage due issues mainly recognized by differences in paper.

All of the postage dues of this era are CV inexpensive (<$1). 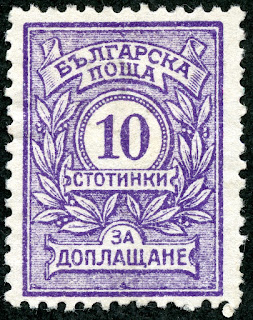 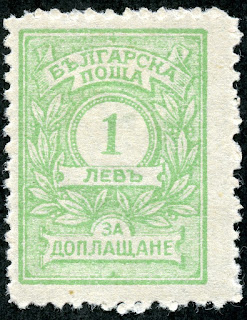 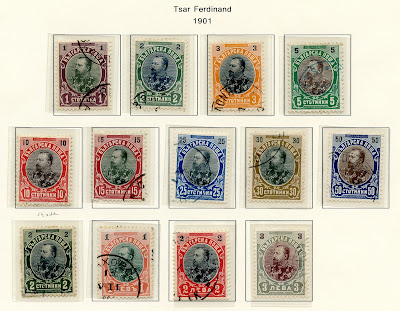 1902 "Tsar Ferdinand" Issue in Deep Blue
Deep Blue (Steiner) has 39 pages for the 1920-1944 stamps of Bulgaria. All of the major numbers have a space. Of interest, for the 1919 & 1921 postage dues, which differ by type of paper with some of them minor numbers in Scott, Steiner provides spaces. 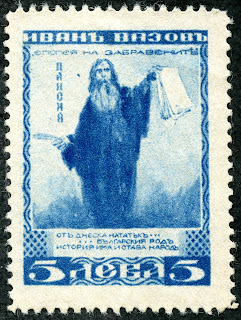 1920 Scott 152 5 l deep blue
"The Monk Paisil"
Out of the Blue
And so ends our survey of Bulgarian stamps. Of course, this is merely an introduction. Such is the fate of the WW collector for many (not all) countries.

Note:Ferdinand and Trnovo pic appear to be in the public domain.