Bud's Big Blue: Some Thoughts at the Midpoint 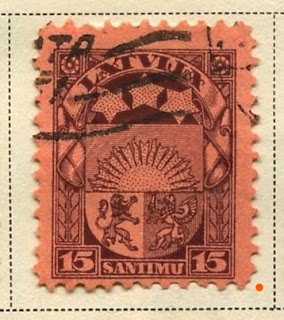 Bud's Observations
A Thing or Two about Stamps


Stamps, among other things, are themselves things. That seems obvious, of course. But the thingliness of stamps, as well as stamp collectors as thingly people, merits our protective attention, especially in an age when things generally are under attack. Minimalist art, minimalist home décor, minimalist lifestyles, minimalist museums with few artifacts -- all belittle things and their importance.

So, at the mid-point of Bud’s Big Blue posts -- which will show, when completed, some 59,000 physical stamp-things -- I’ll offer some resistance to those who scorn things and defend things as being crucial for human life. I’ll also describe a thingly approach to stamp collecting -- one which, without planning to do so, I seem to be following. 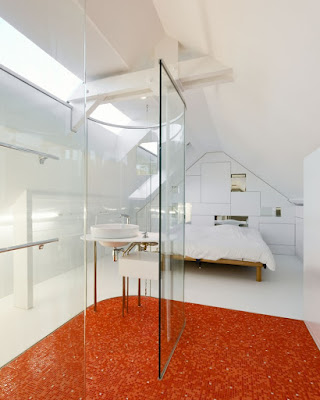 Minimalist bedroom
Nice bed and bath, but where will my albums go?

Advocates of thing-free lifestyles suggest that, by ridding ourselves of things, our thinking becomes clear and we create space we didn’t know we had. Liberation from things gives peace of mind, they say, which leads to greater happiness and less fear of failure. Even our health will improve (lower blood pressure, less anxiety, fewer headaches and heart attacks) when we have fewer things. Our homes will be less chaotic and tension-filled. Sex will be better. And we’ll have more money.
Wow! Throw away my stamps, and I can have all of that. 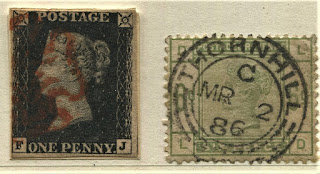 Will you miss me when I’m gone?
Doubts about things run even deeper, though, than these presumed benefits of thing-freedom imply. Philosophers like Paul Ricœur suspect that our understanding of things may be subjective illusions, not self-evident truths. Anything you or I say about stamps might come straight from our over-active imaginations.

Wow! My stamps may only be what I alone think they are. And I can’t for sure even trust my own eyes. (Should I peek in my albums daily to make sure they’re still there?)

Worse, post-modern art and thought divorce things from their historic and cultural roots, then re-present them in hodgepodges or, as some say, in pastiches. Post-modern stamp collectors, if there could be such, might frame a stamp along with a cucumber and a feather, then pass off the result as art. I would do that too, I suppose, if there’s money in it.

Still worse, some post-millennial thinkers resurrect Marx’s ghostly observation "All that is solid melts into air…."1 Gathering things, in this view, is merely an addictive middle-class fantasy spawned by an over-abundance of wealth. Stamp collecting, like religion, is another opiate to be wiped out in a thing-diminished future. 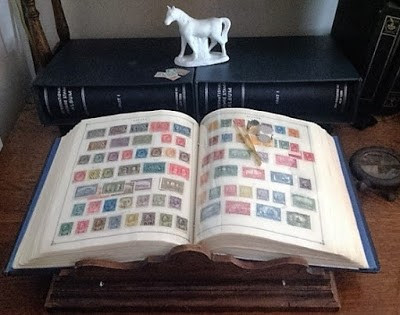 Not being tossed out!!!
This, of course, is nonsense. Put me down as one who believes that the world is real as well as all that in there is. Doubt my stamps? Forget their backgrounds? Rubbish! I think things are great. And I comfortably cohabit with them.

I do suspect, however, that the anti-thing fever infecting much post-millennial thinking contributes to the recent declines in stamp prices. Other collecting areas -- antiques, coins, vintage toys, vinyl records, jewelry, action figures -- are suffering similar declines, except for the rarest things. 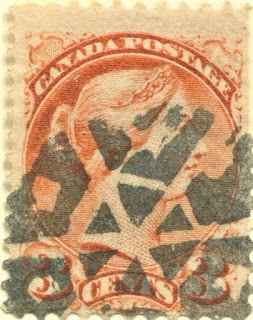 Like my party dress?
What to do? Here’s my thought….

Serious stamp collectors can be likened to archaeologists (we’re at least armchair archaeologists). Like archaeologists, we dig through piles of dirt and detritus cast off by others--in our case, in feeder albums and at stamp shows and auctions--hoping to find something that shouts “Collect me!” When that happens, we hear bells ring. Archaeologists hear them, too.

Recently, a growing number of archaeologists have gained a new respect for things as material culture2. Things, they suggest, are best understood, not as mere objects that help piece together history and culture, but as being history and culture in their own rights. In this view, things become energetic co-actors and vital partners with their human counterparts --“human-object assemblages.”3 Study things together with humans as integral units, these archaeologists urge, not as separate entities. To understand automobile pollution or accidents, for example, don’t study cars and drivers separately; study driver-car units as a form of social being4. Likewise, study stamp-train-traveler units. 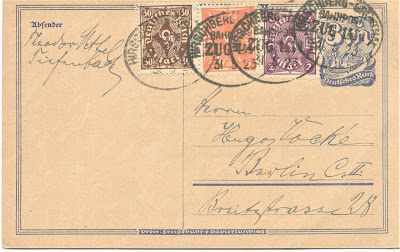 Zug Zug Zug Zug
So, what does this thingly perspective suggest about how we regard our collections of stamp things? In what ways do stamps become our “energetic co-actors and vital partners?”

In fact, every stamp in our collections displays a long series of human-thing partnerships. With a little digging, we can reconstruct the stories. For any stamp, look for layers of partnerships with the human(s) who…

commissioned it
designed it
engraved it
issued it
made its ink and paper
printed it
benefited politically from its design
made an error on it
profited from its sale
purchased and used it
cancelled it
carried it from sender to recipient
didn’t throw it away
first collected it
collected it a second time, and a third…
cherished it as being historic, beautiful, or valuable
passed it along to us
posted a picture of it on-line

Each linkage on the above list represents a different kind of “human-stamp assemblage.” All are worthy of study, even if some assemblages engaged by a particular stamp cannot be fully reconstructed. The stamp doesn’t just provide clues about history and culture. It is history and culture in its own right, many times over, through and because of its serial, co-equal partnerships with humans. Each stamp thing has its own anthology, stories of how it came to be and what’s happened to it since then. The more partnerships it has experienced, therefore, the more stories it has to tell and the more interesting it becomes. So, I try to collect stamps with several identifiable human-stamp assemblages. It’s how I specialize. 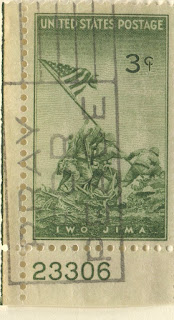 The Iwo Jima stamp (above) is the first stamp I collected, back in the 1940s. The coincidence of the soldiers struggling to raise the flag and the “pray for peace” cancel caught my eye. I began looking for stamps like that. Some I found among USA issues, some came from other countries. When I began my first album I most often selected examples with place-and-date-visible cancels -- working stamps with interesting résumés, I call them. At the time, I didn’t think of them as being a specialization, they were just intriguing. I chose the Scott International album because the stamps I wanted  came from many countries.

One might conclude that my collection, giving this interest, would be small. Not so. As my album(s) began to fill, I slowly realized that all stamps, even mint stamps, have layers of intrigue. Many layers can be identified (see above list). Only recently have I begun calling these layers human-stamp assemblages, borrowing the language from material culture archeologists.

As a specialization, this approach differs from those that focus on one country or one characteristic, such as anomalies and errors. A single stamp binds together many diverse assemblages; its multi-layered. Likewise, specializing in stamp assemblages differs from social philately which uses stamps and other artifacts to illustrate a cultural or historical point. Assemblages are not merely aids for understanding history and culture, but are themselves history and culture.

Stamps with many identifiable human-stamp assemblages, moreover, can be said to tell their own stories -- stamp autobiographies, so to speak. Some of the previous posts in Bud’s Big Blue have stamp autobiographies of this sort. Forthcoming posts will have more of them. I’ll get out of the way as much as I can and let the stamps have their say. They’ll rattle off exotic stories. Tall tales, too, no doubt. And narrow escapes.

When that happens, maybe we’ll be reminded of their importance, and the importance of things in general, for our health and happiness, and even our survival. If you can imagine to your stamps whispering, then you’re about to become a human-stamp assemblage specialist. 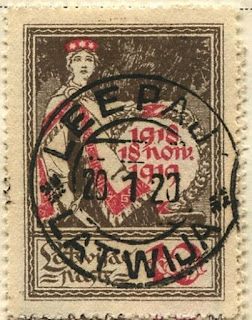 Yes, I do have something to say\
1 The quote comes originally from Karl Marx, but post-millennialist have adopted it.
2 Bjørnar Olsen, In Defence of Things: Archaeology and the Ontology of Objects (Lanham, MD: AltaMira Press, 2010). Much is this post is indebted to Olsen’s book.
3Want more information about this approach? Google “human-object assemblages” and “actor network theory.”
4Tim Dant. “The Driver-car.” Theory, Culture & Society, 21 no. 4/5 (2004). London: Sage.  pp. 61-79.
Posted by Jim at 7:00 AM