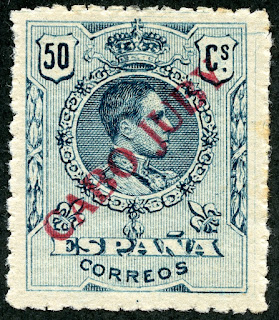 1919 Scott 16 50c slate blue "Alfonso XIII"
Stamps of Spain, 1876-1917, Overprinted in Red or Black
Into the Deep Blue
Cape Juby has to be one of the more obscure places that ever issued stamps. 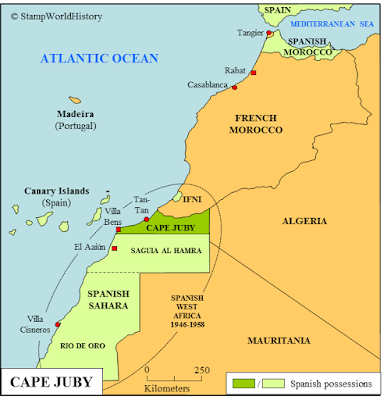 Cape Juby Map
From StampWorldHistory
The population was less than 10,000 at the time, and how many of those were literate?

The basic history, overview, and BB checklist is included in my original blog...

The purpose of this post is to illustrate more examples of Cape Juby's stamp issue output from 1916-1940.

I was thinking of picking some up, but Scott has a note: "Fakes are plentiful". I think I will pass. 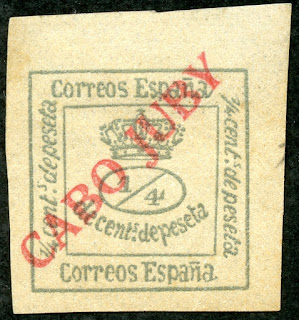 This ubiquitous stamp was overprinted as shown in 1919 for Cape Juby. 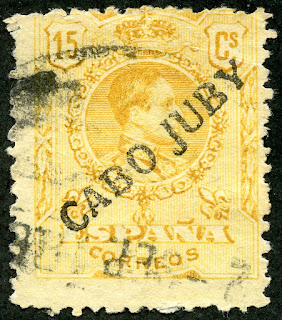 Spanish stamps were overprinted for a 13 stamp issue for Cape Juby. 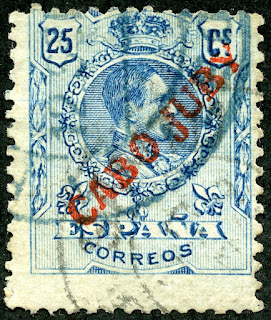 Note the red overprint. If one insists on well centered copies, one should probably not be collecting Cape Juby. ;-) 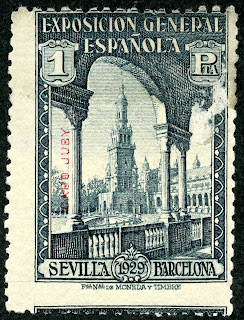 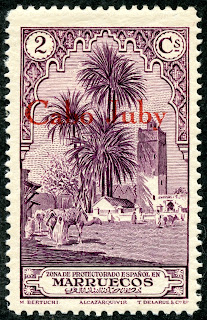 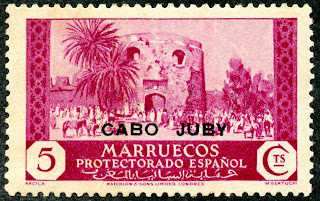 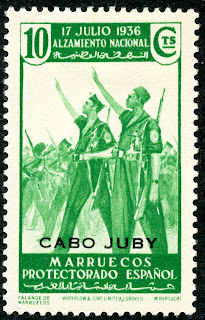 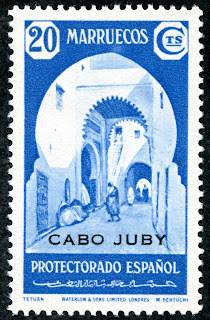 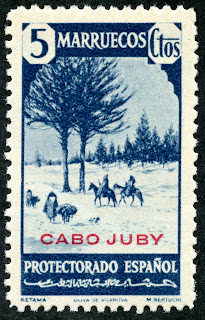 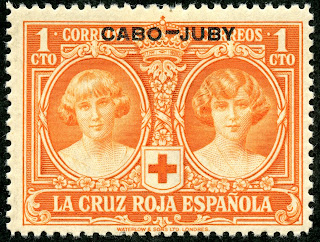 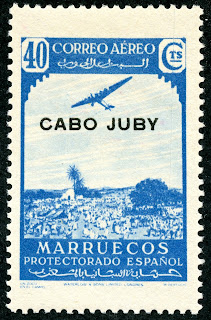 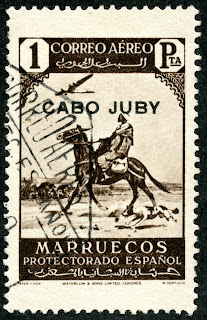 It is much easier, it seems, to find unused Cape Juby stamps compared to used stamps in collections. Considering the small literate population, that is not too surprising. Scott values "used" at the same level as "unused" (or a little less in some cases). In terms of actual abundance, I'm sure that "unused" is much more common.

Well, here is a "used" example. Now, whether this is a "real" postally used example, a CTO, or a fake, is a question I cannot answer. 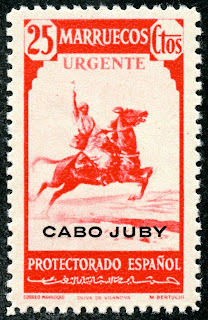 The example I show here shows a mounted courier on an overprinted Spanish Morocco issue.

One would think this is how an "urgente" post would be delivered. CV is <$1. 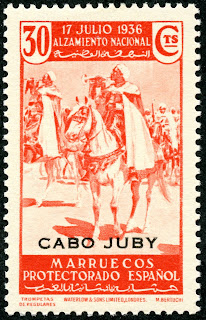 *As is true for most Spanish colonies, the stamps of Cape Juby (even the low CV ones) are not much available in feeder collections here in the U.S. You will have to look for them.

*And on the other end, the higher denominations in Cape Juby sets (especially during the 1930s) have a quite high CV.

Note: I used Gerben van Gelder's map of Cape Juby for this blog post. I had general permission from him to use his maps, and as his StampWorldHistory web site is not presently active, I have included it here.