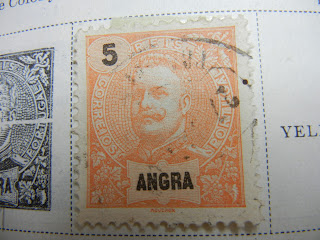 1896-99 Scott 15 5r orange "King Carlos"
Quick History
Angra, a district of Portugal, consisted of the islands of Terceira, Sao Jorge, and Graciosa in the Azores. The Capital was Angua do Heroismo on the Island of Terceira. Population was reported to be about 70,000 in the 1930s. Angra is still part of the Portuguese Autonomous Region of the Azores. Stamps of Portugal used in Angra can be found beginning in 1853 lasting through the 1866-67 issue. The first issue for Angra was printed in 1892.

Triva:  Gilroy, California, home of the Garlic Festival, is a sister city of Angua do Heroismo 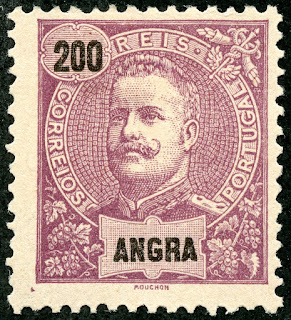 Of those, 22 are CV <$1-$4, or 62%. Clearly, the WW collector should be able to accumulate a representative collection for minimal funds.

Scott also lists 25 "A" prefix catalogue numbers for stamps of Portugal used in Angra between 1853-1867 with the barred numeral "48". These are CV expensive, and are specialist territory. 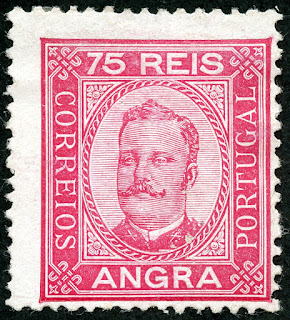 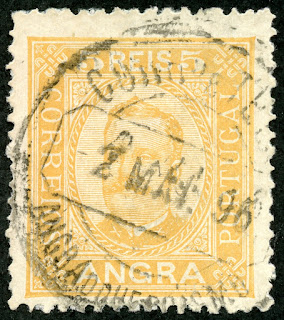 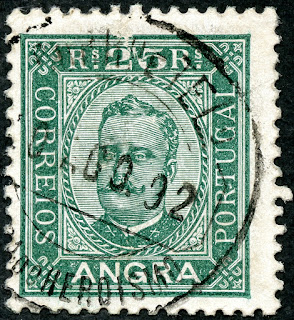 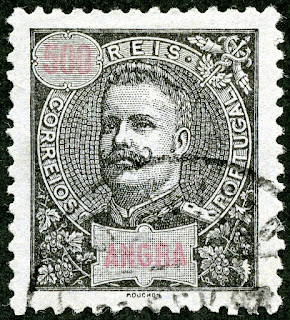 A few of the stamps can be found on yellowish paper, although I don't have any.

1892-93 Issue in Deep Blue
Deep Blue (Steiner) has two pages for the stamps of 1892-1905 Angra, and includes a space for all the major Scott numbers. If one has some minor number variations (perfs), one may need to add a quadrilled page.

Angra do Heroismo is on Terceira Island in the Azores
Big Blue Picture
On one line of one page, Big Blue (1969), beginning- and ending- with the King Carlos "1896-99" issue, has 6 stamp spaces and one blank space for 7 total stamp spaces.

Note: the minor numbered issues -example: 1a or 5b etc, consist of different perforations or paper 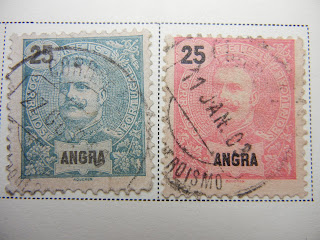 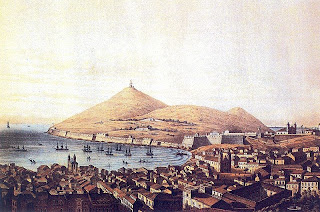 Note: Map, Image appear to be in the public domain.