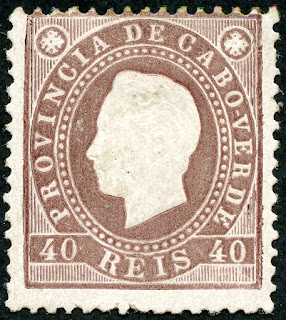 1886 Scott 19 40r chocolate "King Luiz"
Perf 12 1/2
Into the Deep Blue
Cape Verde, under Portuguese influence, has to be one of the more remote island spots on earth, some 500 miles out in the Atlantic Ocean west of Senegal. 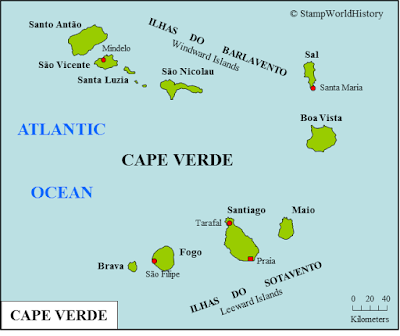 Cape Verde
From StampWorldHistory
If you take a look at the....

you will notice that it is heavy on information, but sparse on illustrating Cape Verde stamps, save for a few cropped photos.

One question a collector may ask is why I don't show more scans of the various issues (showing multiple stamps in my collection) rather than featuring a single stamp from the issue? Actually, I think it is more interesting and aesthetically more pleasing  to look at one (high resolution scan) stamp from an issue - a miniature piece of art! - rather than a scan of multiple stamps from the issue.

I should mention that when I give a ball park CV(s) for a stamp or an issue, it is for a used example. Unused commands a higher CV. 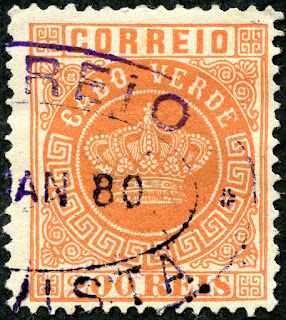 Although the "Crown" design is common across many of the Portuguese colonies, for Cape Verde, the collector has to be aware of perforation differences.

Scott lists the Perf 12 1/2 as major numbers. In addition, there are some five minor numbers for color variations. 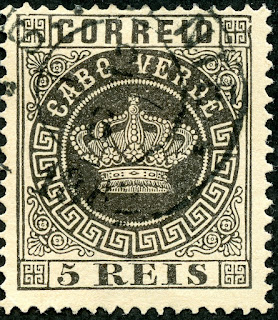 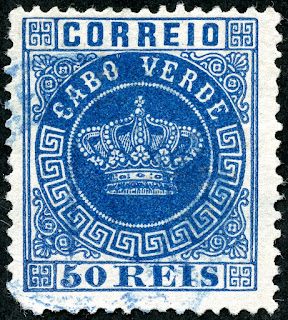 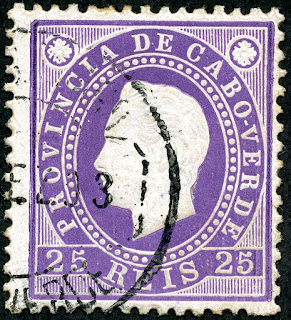 Again, look for differences in perforation. All denominations have a Perf 12 1/2 example. 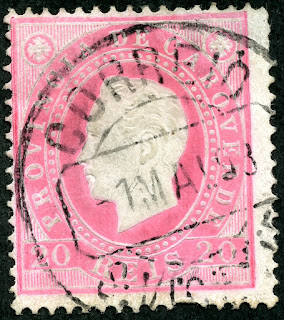 CV for major numbers for the "King Luiz" issue ranges from $3 to $10+. One will note that CV prices for Cape Verde in general tend to be modest. 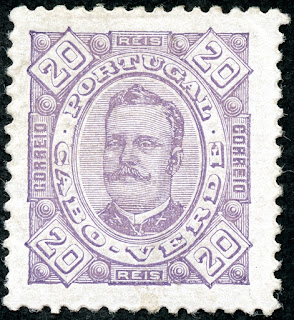 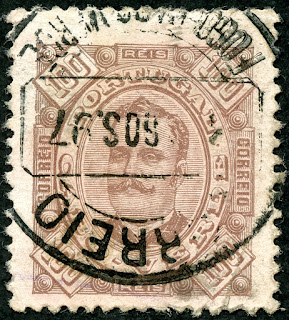 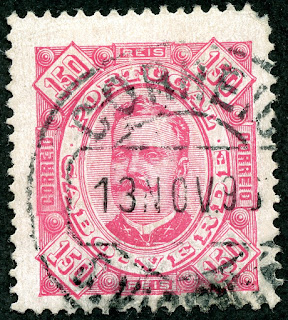 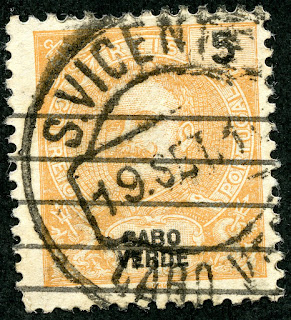 I chose this used 5r orange, as it shows a Sao Vicente island cancel for Cape Verde. 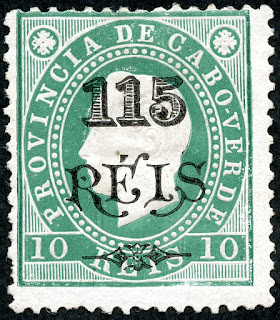 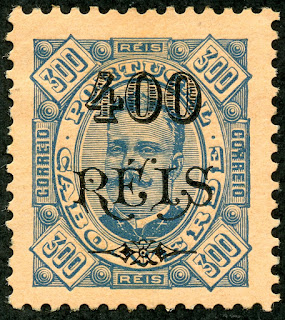 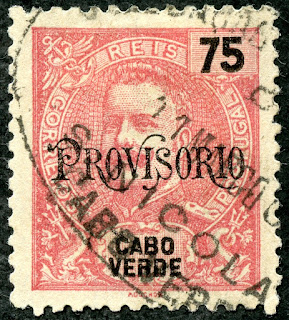 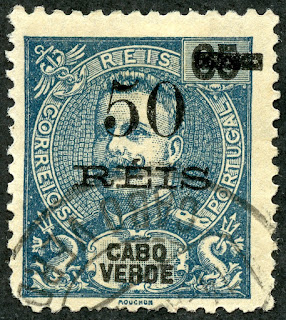 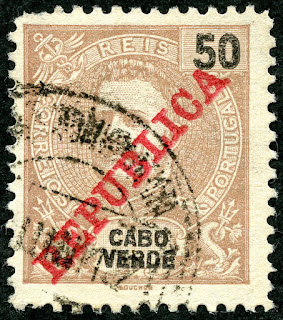 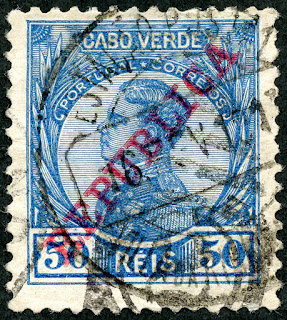 1912 Scott 105 50r dark blue :King Manuel II"
Overprinted in Carmine or Green
The ill fated King Manuel II (the revolution caught up with him) had a twelve stamp "Republica" overprinted issue released in 1912. 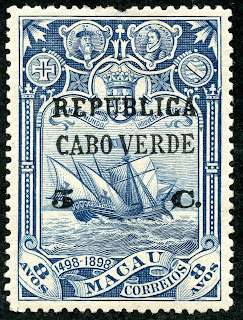 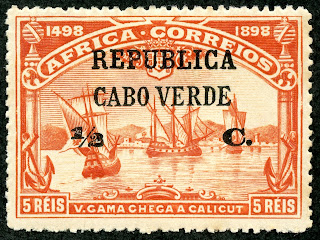 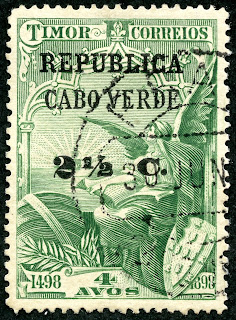 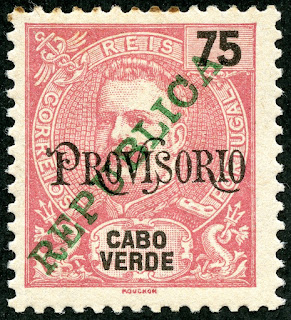 So ends our first survey. We will pick it up again with the "Ceres" issue of 1914 with the next post. 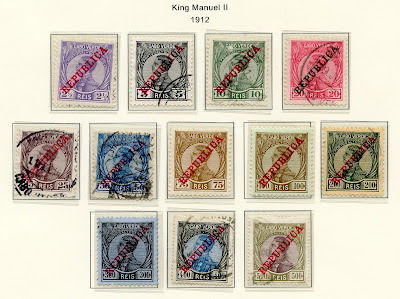 1912 "King Manuel II" Issue in Deep Blue
Deep Blue (Steiner), for 1977-1913, has nine pages for Cape Verde. All of the major numbers have a space. However, if the collector has accumulated minor numbers ( mostly different perfs), then one will need to add them nearby on the issue page, or add blank pages to the binder. 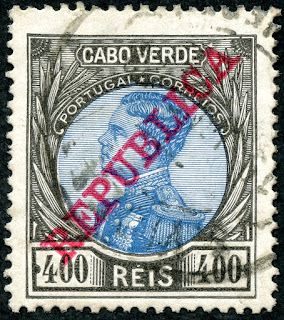 1912 Scott 110 400r black & blue "King Manuel II"
Overprinted in Carmine or Green
Out of the Blue
Our Cape Verde odyssey is half done! To be continued...

Note: I used Gerben van Gelder's map of Cape Verde for this blog post. I had general permission from him to use his maps, and as his StampWorldHistory web site is not presently active, I have included it here.\