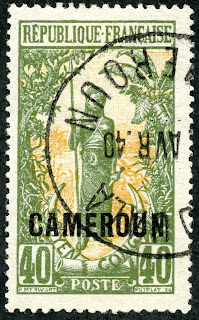 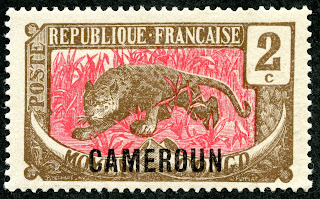 1921 Scott 148 2c brown & rose "Leopard'
Types of Middle Congo, 1907, Overprinted
Provisional French Mandate
The 1916-17 issues, discussed in the previous post, were derived for Cameroun by overprinting the 1907 issue of the Middle Congo.

The 1907 Middle Congo issue designs were also used for the 1921 seventeen stamp provisional French Mandate release, but types were released this time. The types consisted of a change in colors for a given denomination. For instance, the above 2c brown & rose "Leopard" is a type of the 1907 Middle Congo issue, as the original 1907 2c denomination was colored violet & brown. 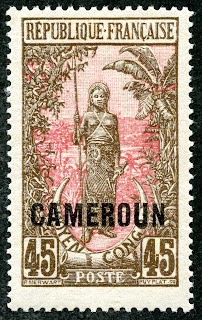 The seventeen stamp 1921 provisional French Mandate issue, besides a change in color, was additionally overprinted "Cameroun".

I don't mind that the French reused these stamp designs as "types". 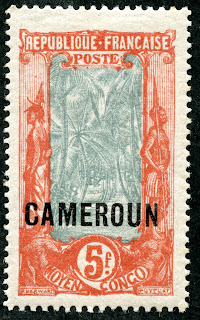 Lesson: Collectors 100 years ago would have left a better legacy if they had not soaked colonial stamps off cover. ;-) 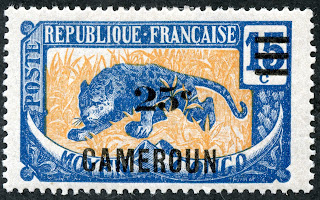 1925 Scott 164 25c on 15c blue & orange "Leopard"
Surcharged with New Value and Bars
Between 1924-25, five stamps from the 1921 provisional French Mandate issue were surcharged with new values and bars. 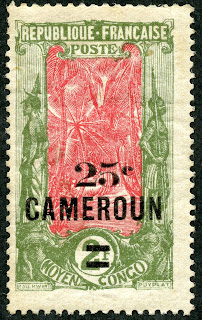 Other French colonies in Africa (examples-Togo, Chad, Gabon) had similar surcharges for their issues during this time period. 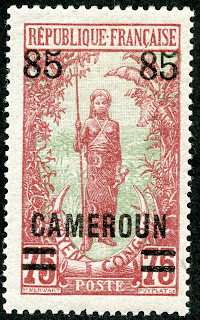 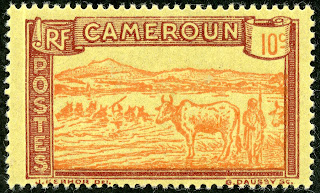 (As mentioned, French Colony stamps tend to be less expensive compared to British colony stamps, but the French do have their faults: Namely, do they really need all of those many denominations for their issues?)

The seven lower denominations have the above design in bi-colors. 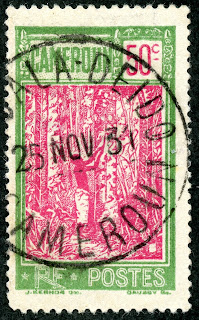 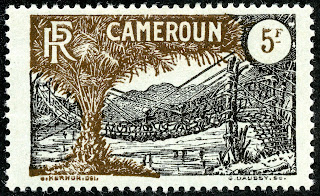 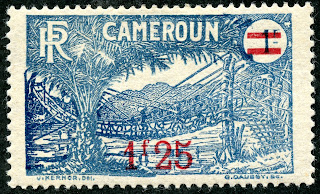 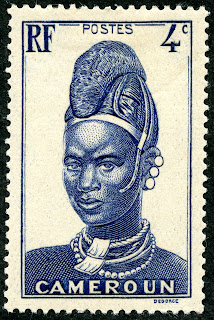 The most striking (to my eyes) is the "Mandara Woman" for the seven lower denominations. 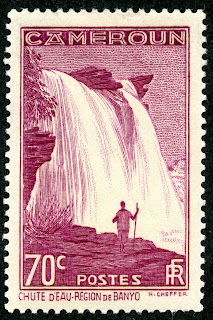 1940 Scott 238 70c plum
"Falls on M'bam River near Banyo"
The middle seven denominations featured a cataract on the M'bam River. 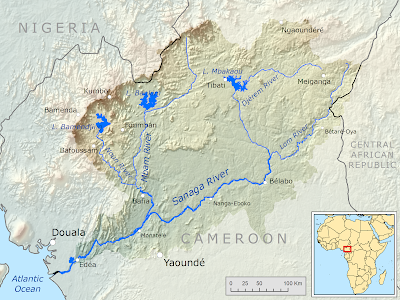 Sanaga River Drainage
The Mbam River is a tributary of the Sanaga River. 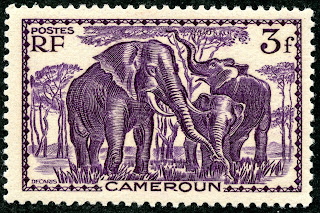 All is not well with the Elephant population in Cameroun, however. In 2012, over half (450) of the Elephants were killed for their ivory that resided in Bouba N'djida National Park by poaching gangs from nearby Chad and Sudan. 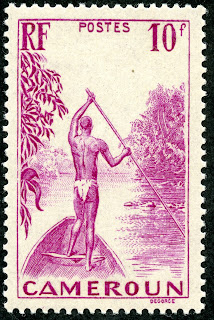 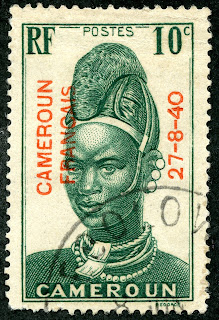 1940 Scott 259 10c deep blue green
"Mandara Woman"
Stamps of 1925-40 Overprinted in Black or Orange
"Cameroun Francais" and the August 27, 1940 date was overprinted on 31 stamps of the preceding 1939-40 issue. This was to acknowledge that Cameroun was affiliated with General de Gaulle's "Free France" movement. 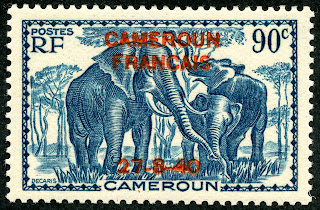 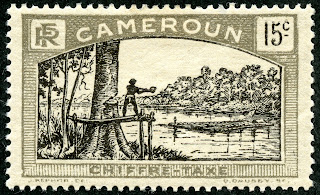 1925 Scott J5 15c gray & black
"Man Felling Tree"
Postage Due
Unlike most postage due releases around the world, Cameroun ( and often other French colonies) has a pictorial for the 1925-27 thirteen stamp issue. 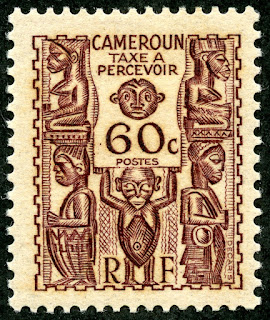 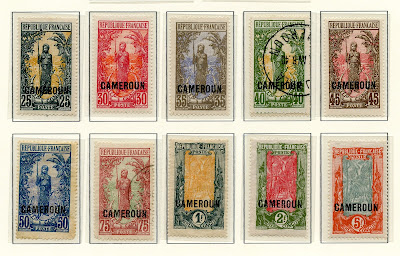 1921 Cameroun Issue in Deep Blue
Deep Blue (Steiner) has fifteen pages for the 1921-40 stamps of Cameroun. All of the Scott major numbers have a space. 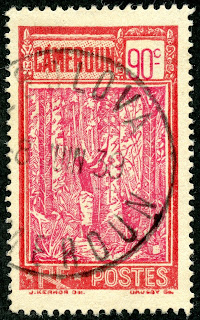 1927 Scott 197 90c brown red & cerise
"Tapping Rubber Tree"
French Mandate
Out of the Blue
One can see why French designs are almost universally admired by the WW collector.