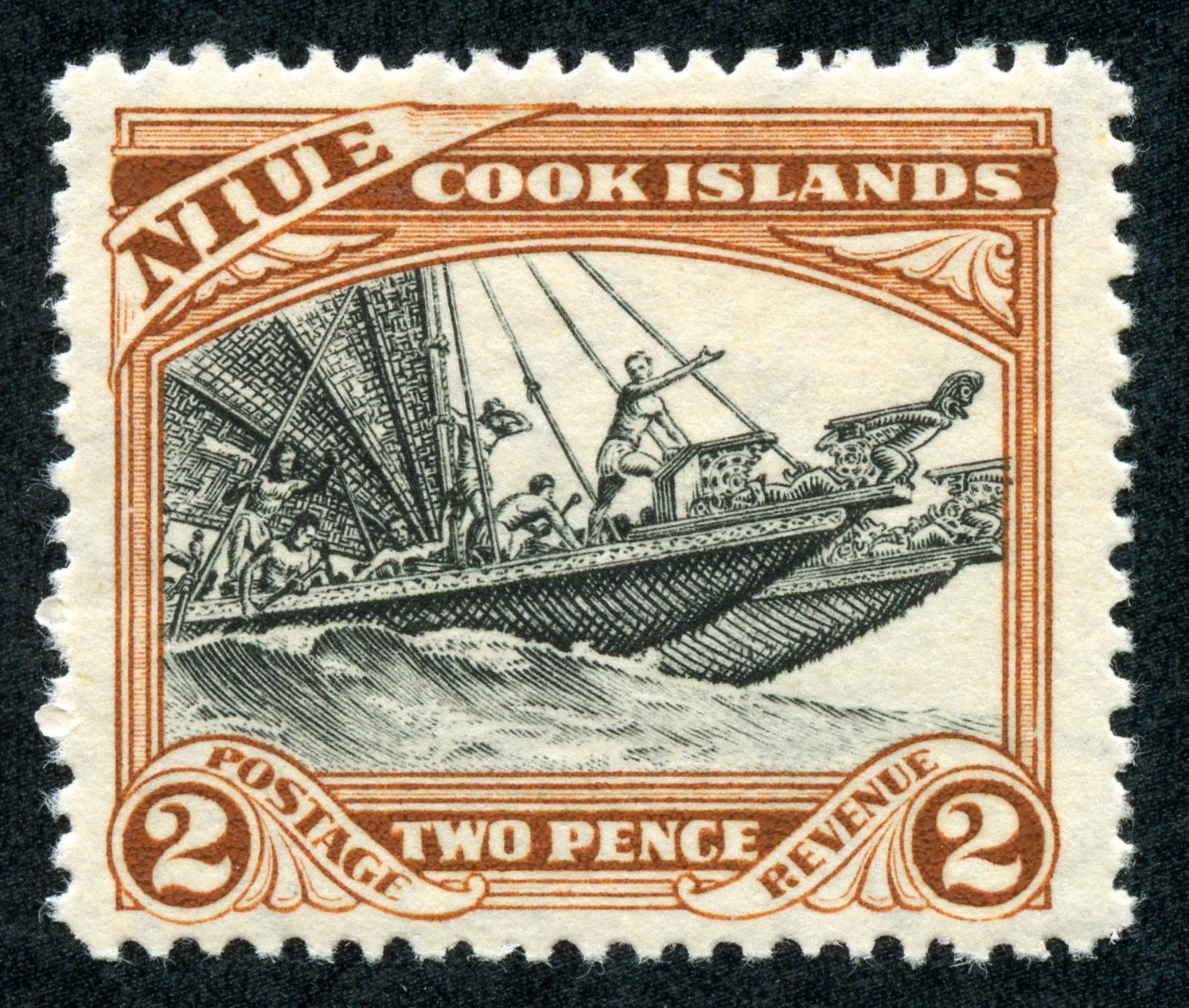 New Zealand annexed Niue in 1901, along with the Cook islands to the east.

Captain James Cook sighted the island in 1774, but was refused permission to land by the natives.

They had a native red banana (hulahula) painted on their teeth- which looked like blood to Captain Cook- so he named it "Savage Island". 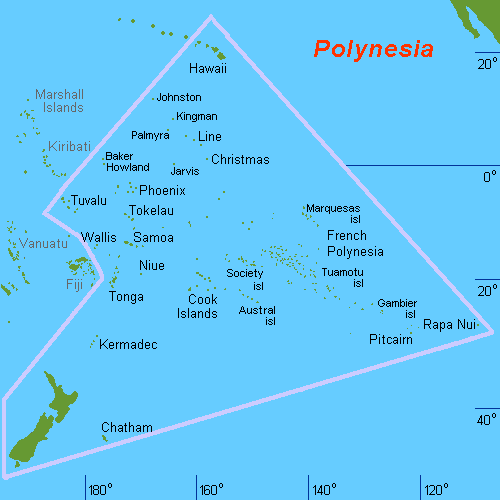 Niue is within Polynesia

Niue was "somewhat" separately administered from the Cook Islands by New Zealand because of Niue's remoteness, as well as the fact that Niue and the Cook Islands Polynesians had cultural and linguistic differences.

I say "somewhat", because Niue and the Cook Islands were pretty much lumped together in reality as we shall see. 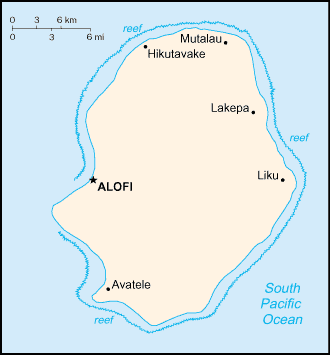 Niue- 100 square miles in area
Stamps were issued for Niue in 1902 by overprinting the issues of New Zealand.

This was the case until 1920, when Niue proper received their own issues. Rarotonga (Cook Islands) issues had the same images though.

In 1932, "Cook Islands" script was added to the "Niue" script on the new  issues of Niue. Again, the Cook Islands shared the same images on their stamps. 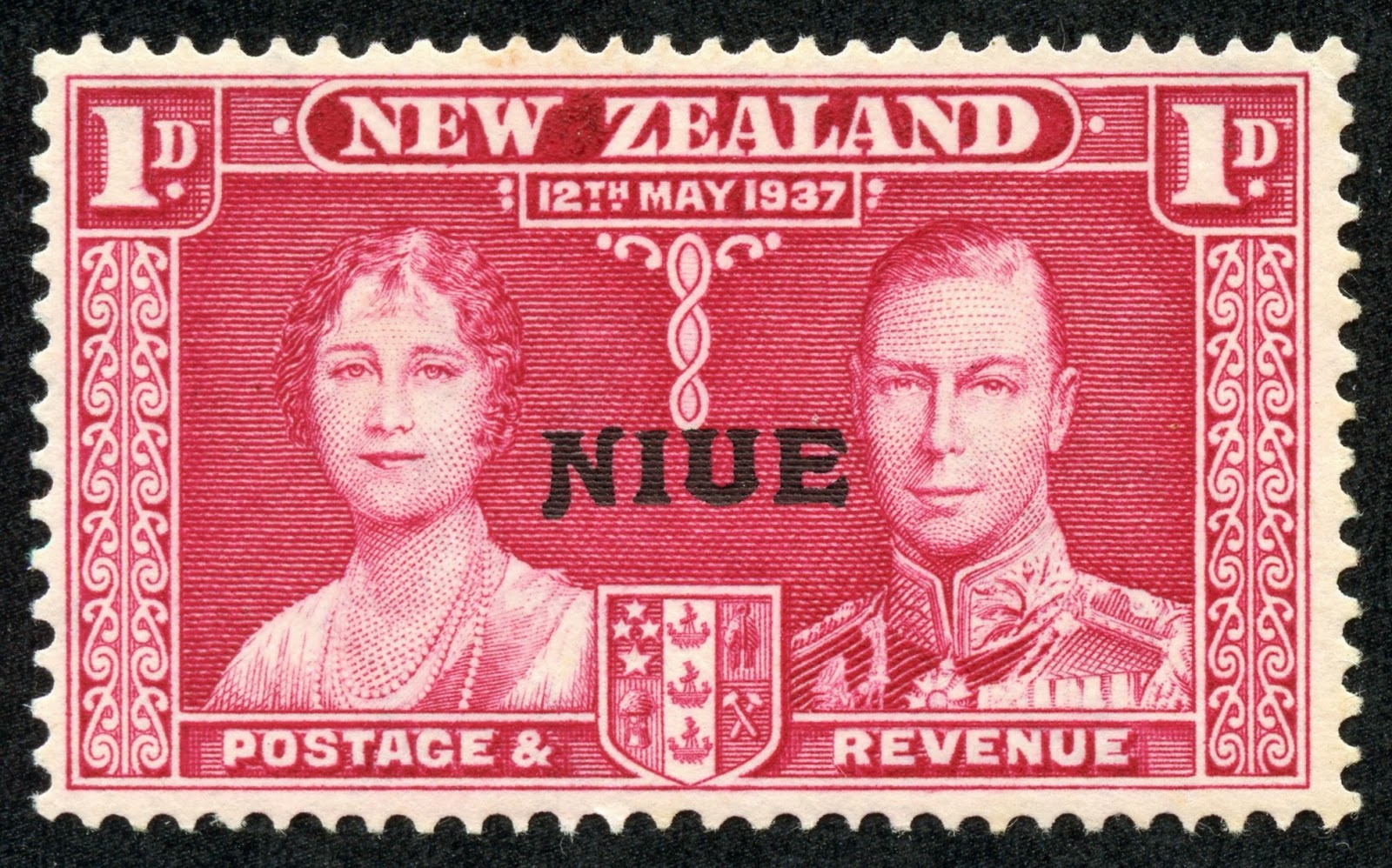 1937 Scott 70 1p rose carmine "Coronation Issue"
New Zealand Stamps of 1937, Overprinted
Into the Deep Blue
The 2011 Scott Classic Specialized catalogue has, for Niue 1902-1950, 103 major descriptive numbers. Of those, 43 are CV <$1-$1+, or 42%. The 1941-1950 issues provide 18 of these less expensive stamps. Truth be told, the pre-1940 issues are somewhat expensive for the WW classical collector. Niue is within the British Commonwealth sphere, but is also collected by those interested in New Zealand as well.

And further truth be told, I don't have a very deep Niue collection: just enough to post this blog. ;-) 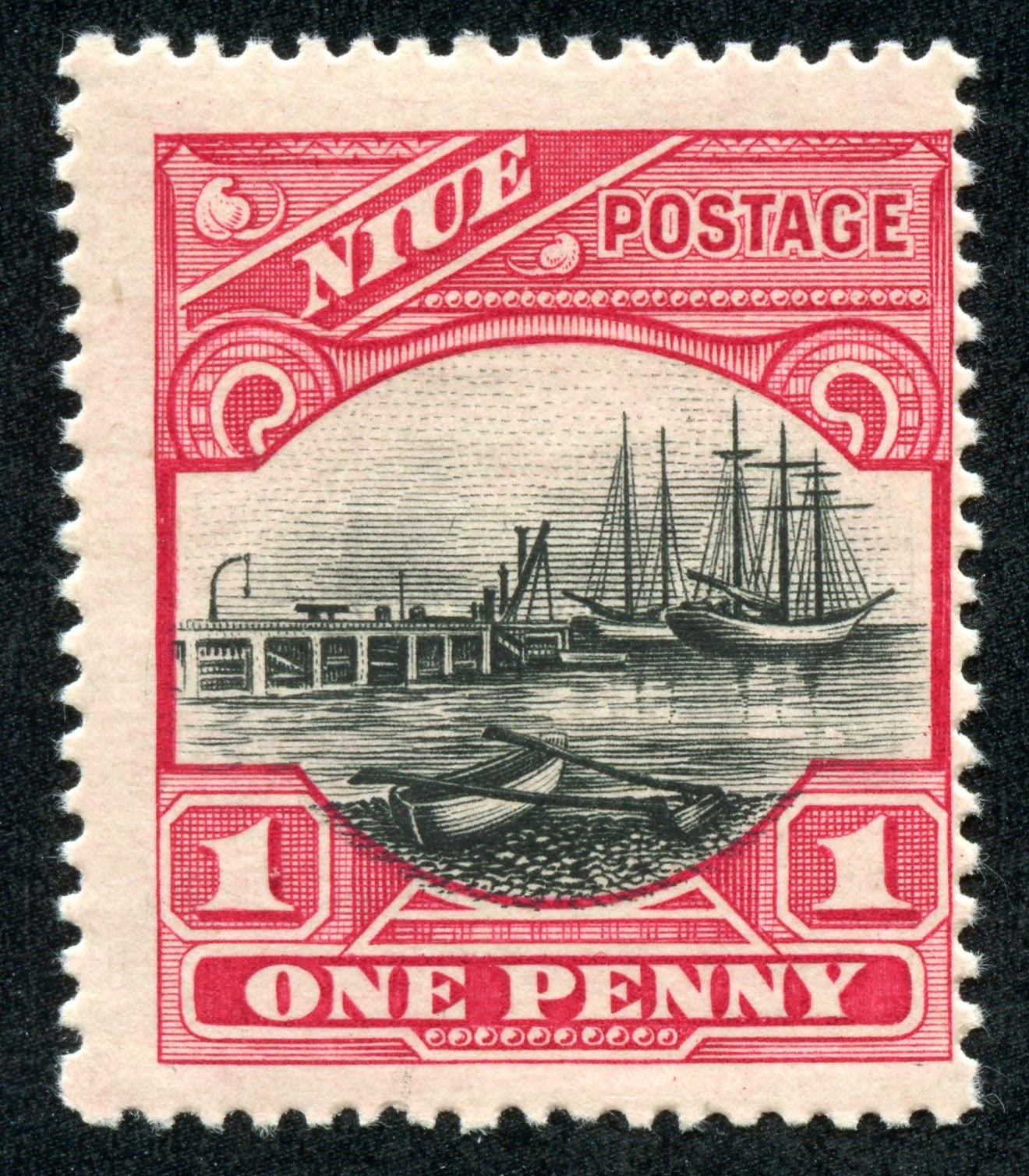 1920 Scott 36 1p carmine & black, Unwmk
"Avarua Waterfront"
The first issue proper for Niue occurred in 1920, and had six stamps. This issue was unwatermarked. Nice view of Niue? Actually, not, as the "Avarua Waterfront" is on Rarotonga (Cook Islands). ! 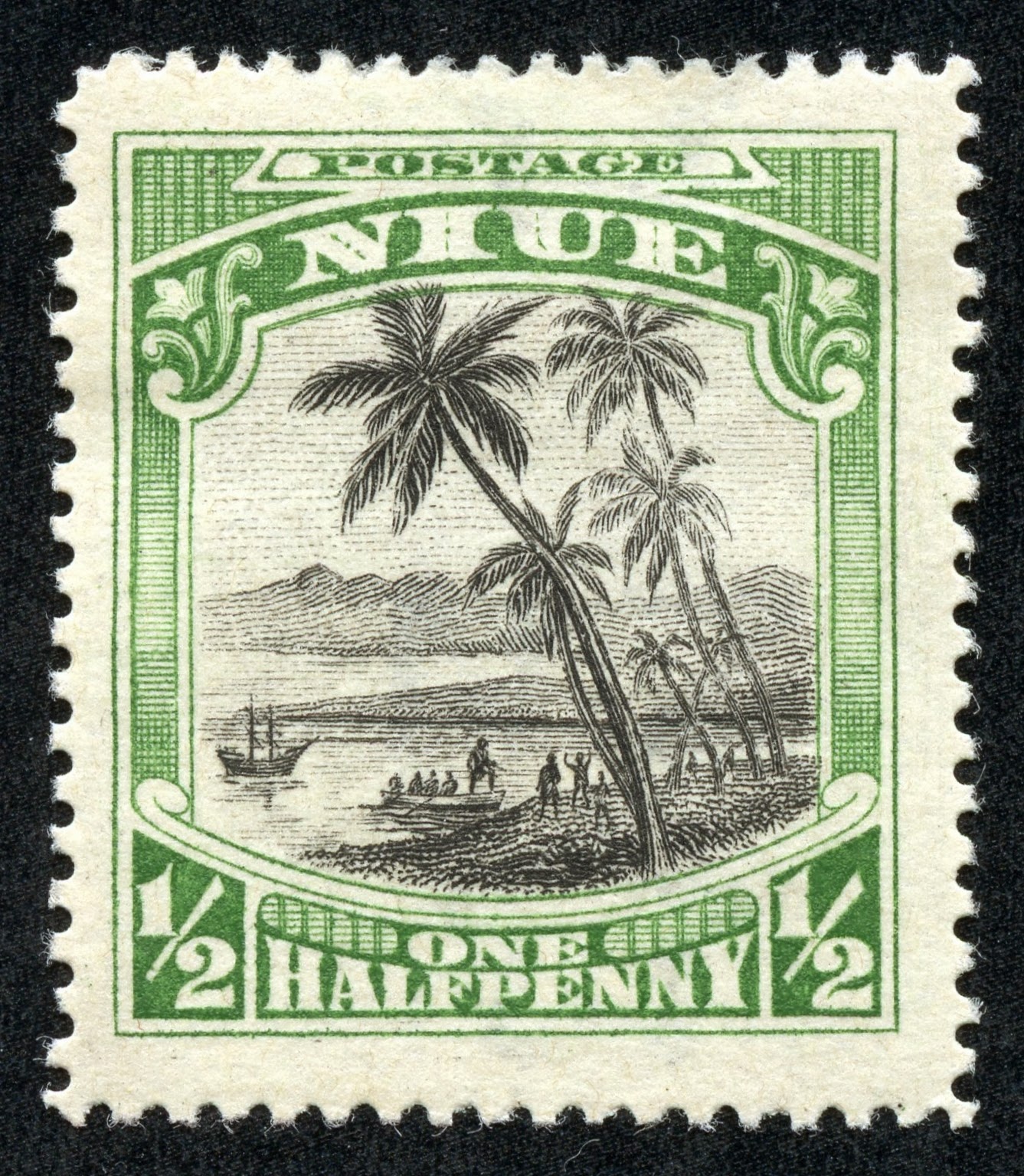 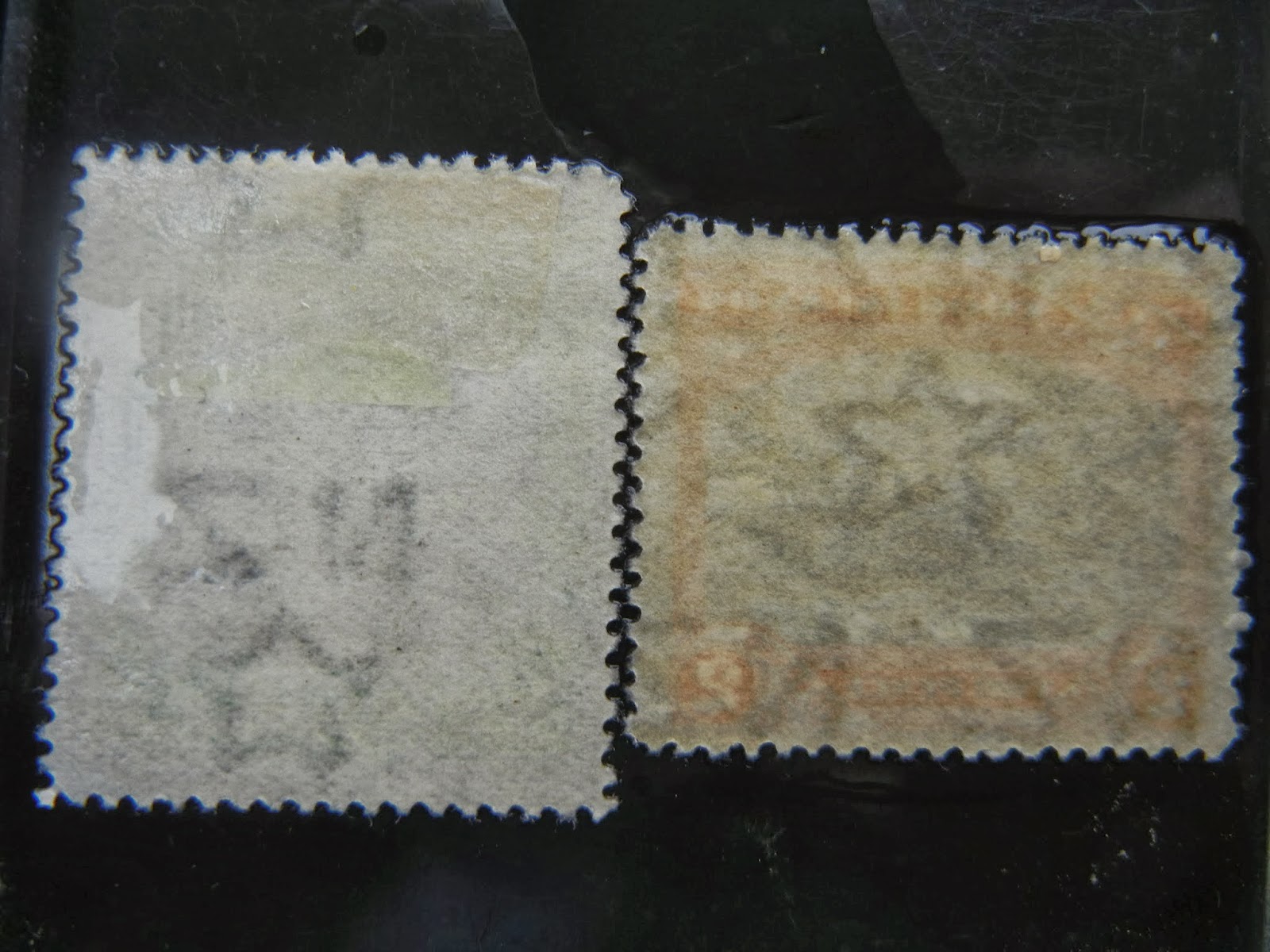 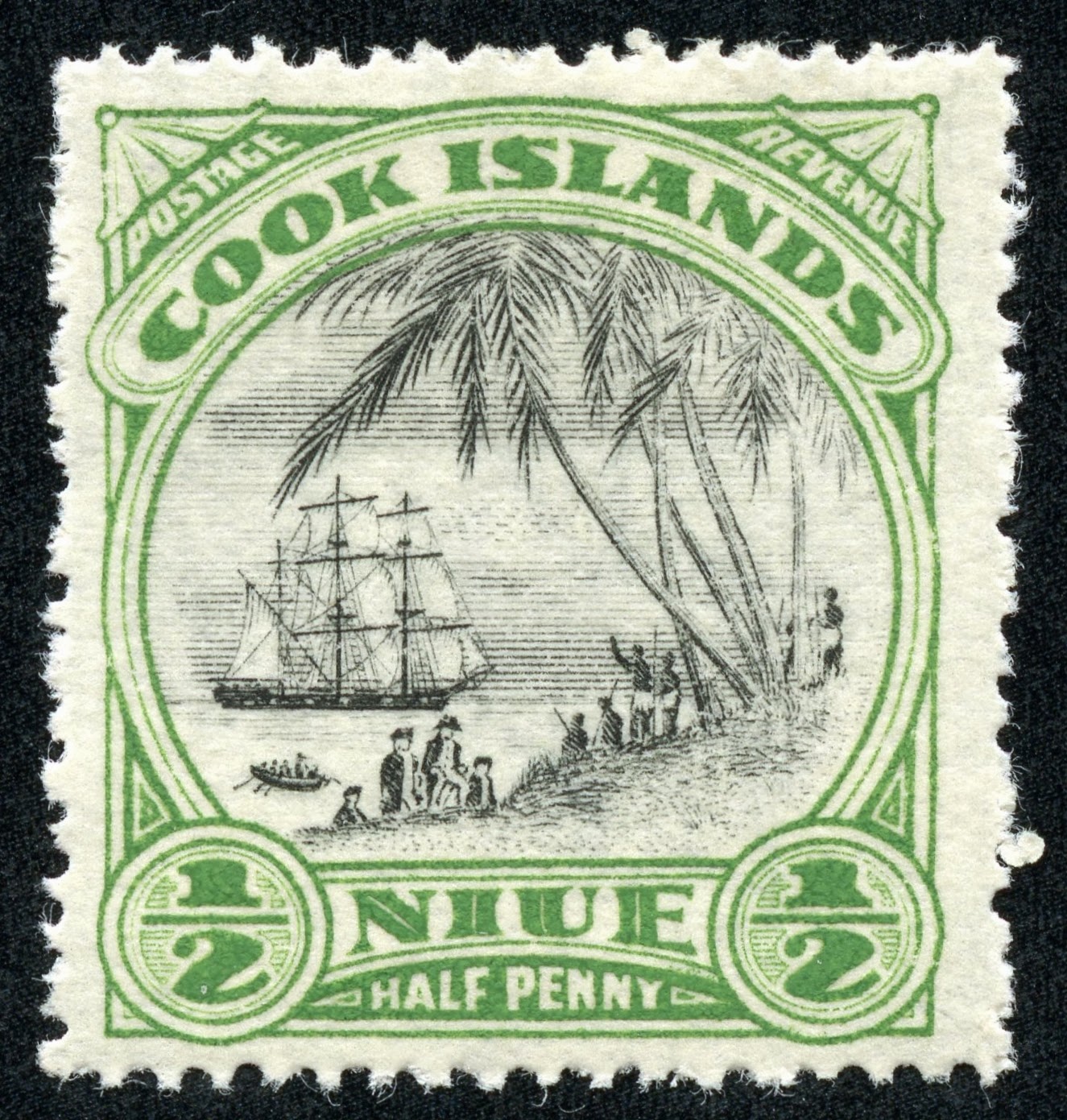 1933 Scott 60 1/2p yellow green & black, Wmk 61
""Landing of Captain Cook"
In 1932, a new issue was developed for both for the Cook Islands and Niue. Niue had a "Niue" script added to their stamps. The seven stamp issue was unwatermarked. 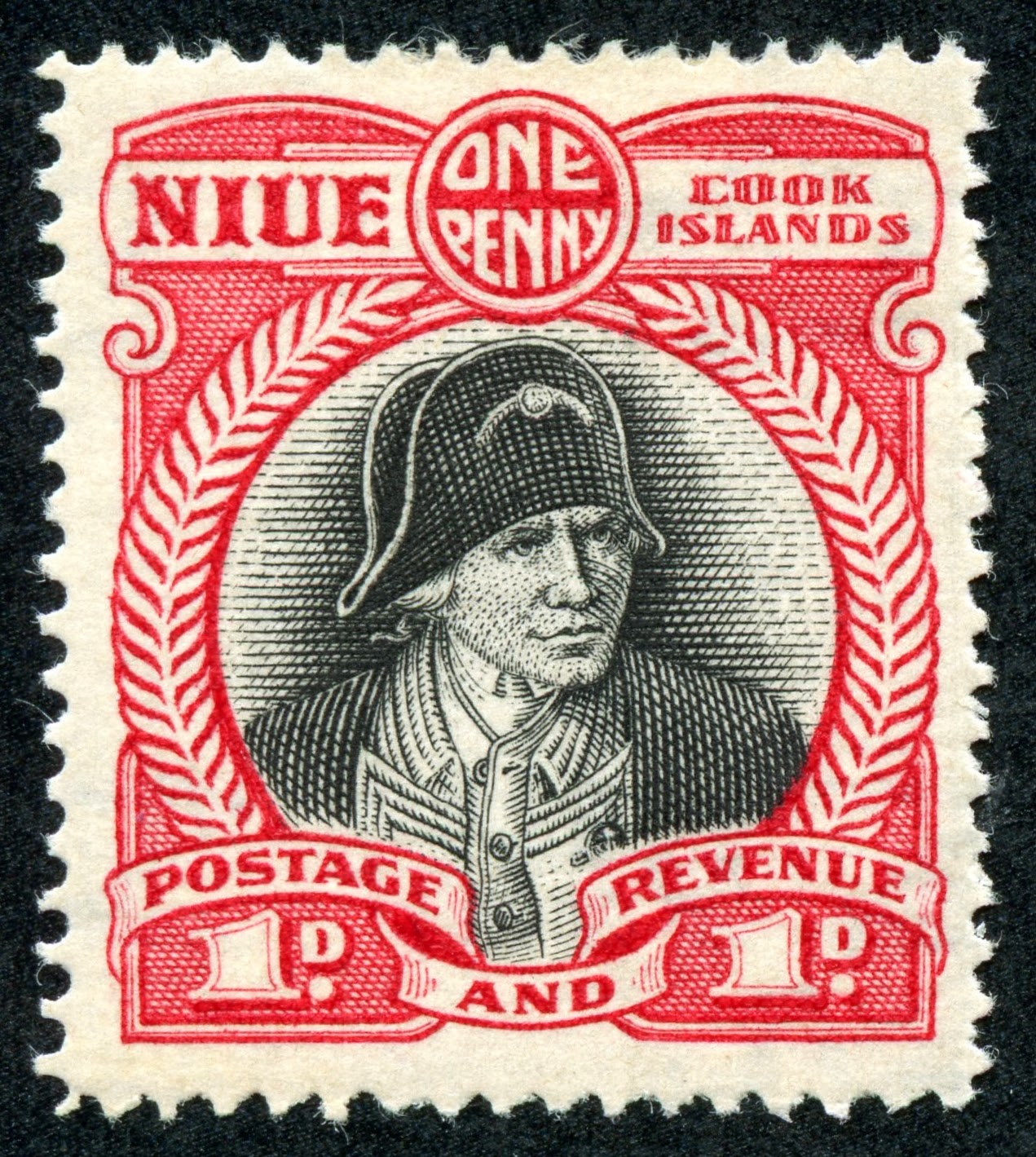 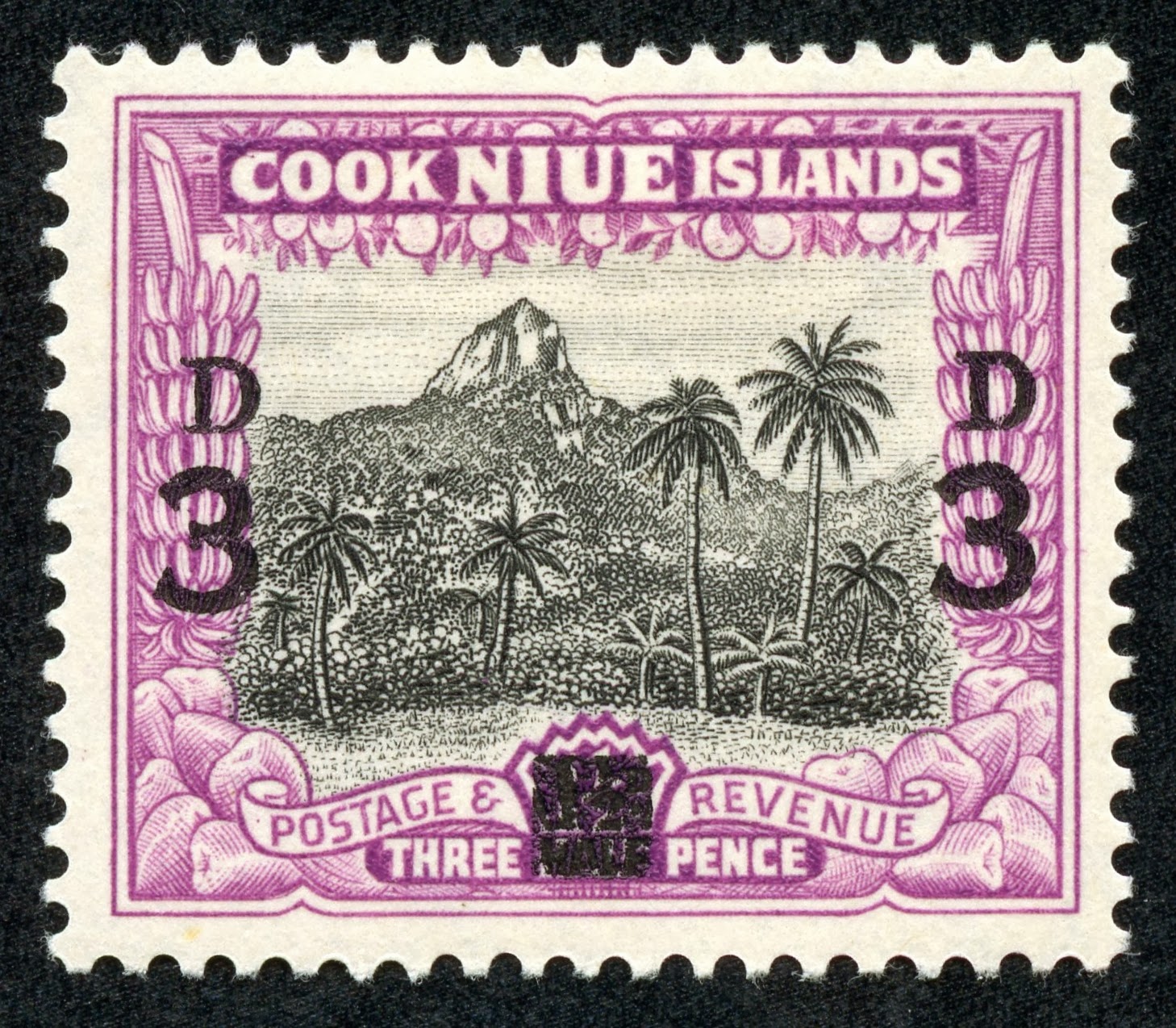 1940 Scott 76 3p on 1 1/2p rose violet & black, Wmk 253
"Mt. Ikurangi behind Avarua"
In 1940, a new stamp with surcharge (the stamp was only issued with the surcharge) was released. The same image and surcharge was also produced for the Cook Islands. Niue can't catch an image break, though, as the scene is from Rarotonga. 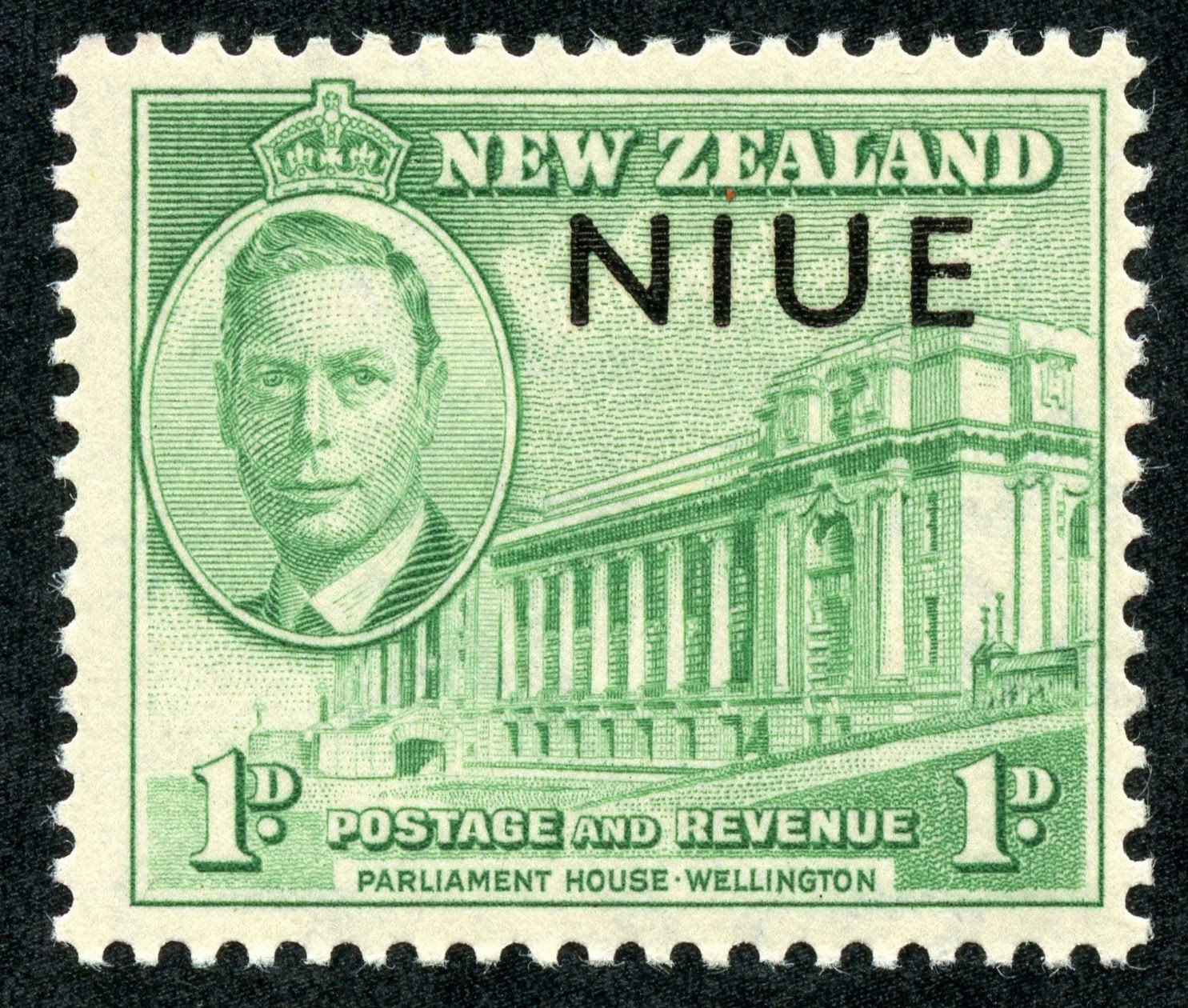 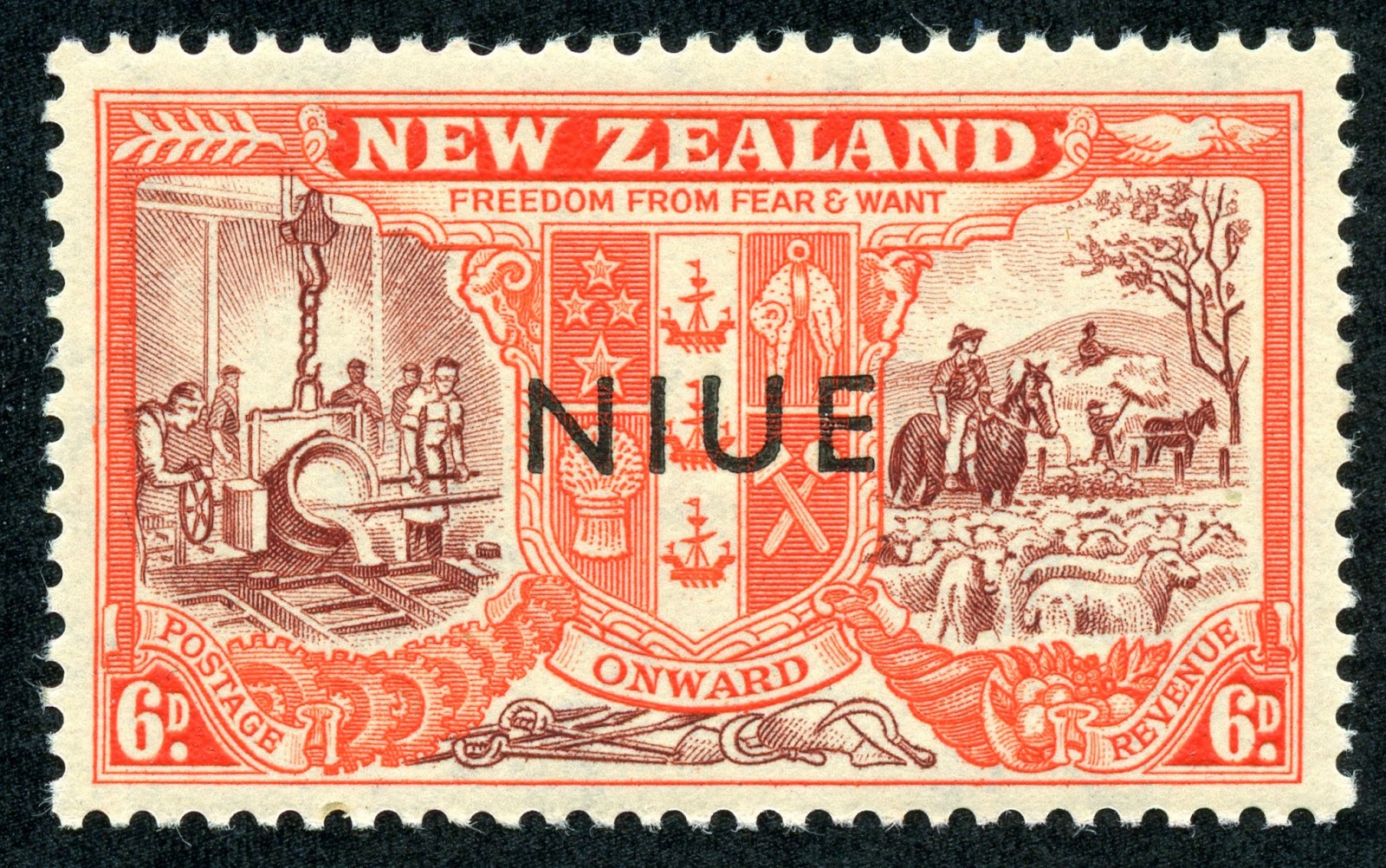 1946 Scott 92 6p orange red & red brown
"New Zealand Coat of Arms"
New Zealand Scott 254, Black overprint
Lovely stamps, they did not get shown in the New Zealand blog, so here they are. :-) The other two stamps in the issue also are shown elsewhere in this post.

1937 Coronation Issue of Niue in Deep Blue
Deep Blue (Steiner) has seven pages for Niue, and covers all the major Scott numbers. As Niue's issues frequently differ by watermark, it is nice to have spaces for all these major number varieties. 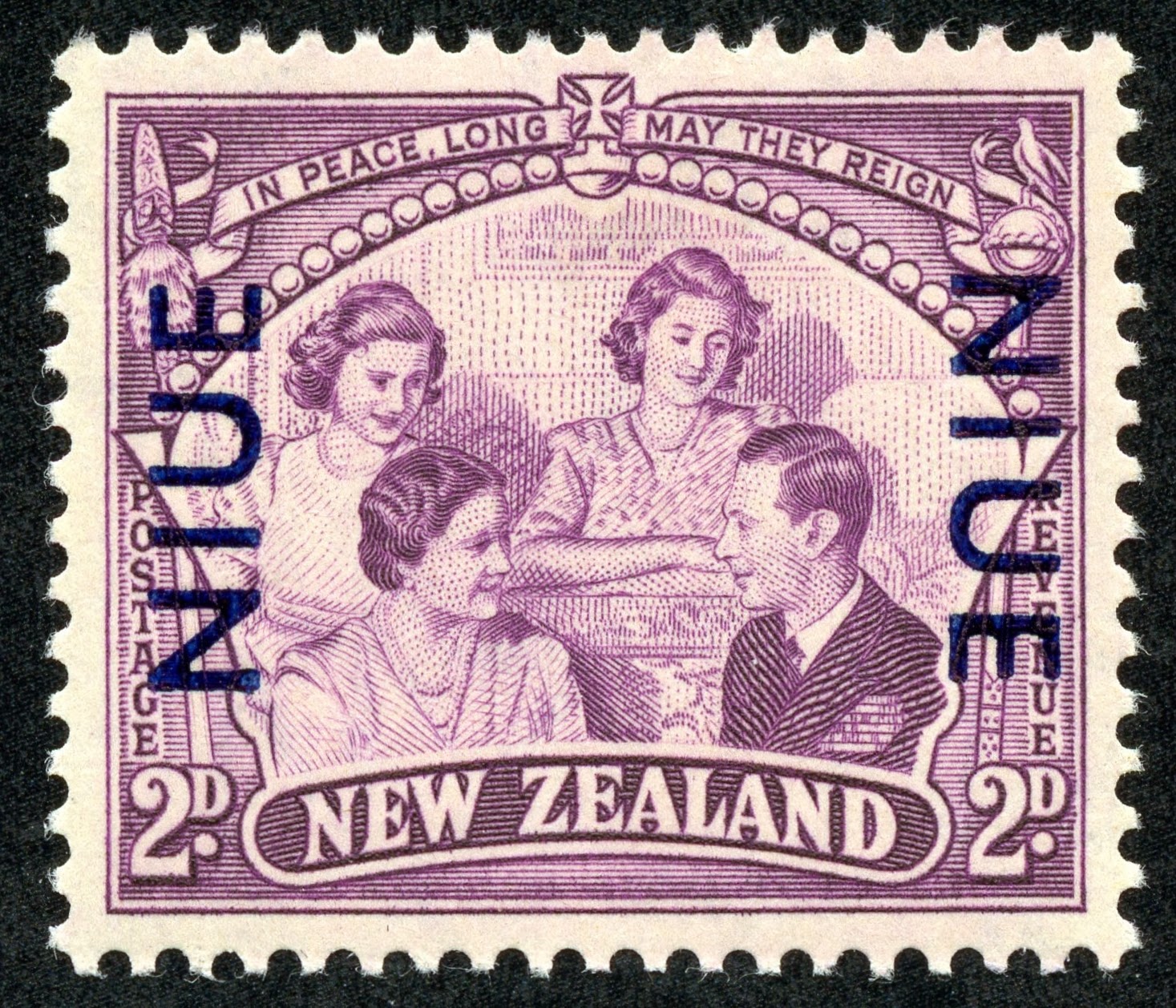 1946 Scott 91 2p rose violet "The Royal Family"
New Zealand Scott 250, Blue overprint
Big Blue
Big Blue '69, on one page, has thirty spaces for Niue. Coverage (1940 and earlier) is 42%. The pages are located between Niger and North Borneo. It appears the coverage is identical in the earlier 1940s editions BB's. 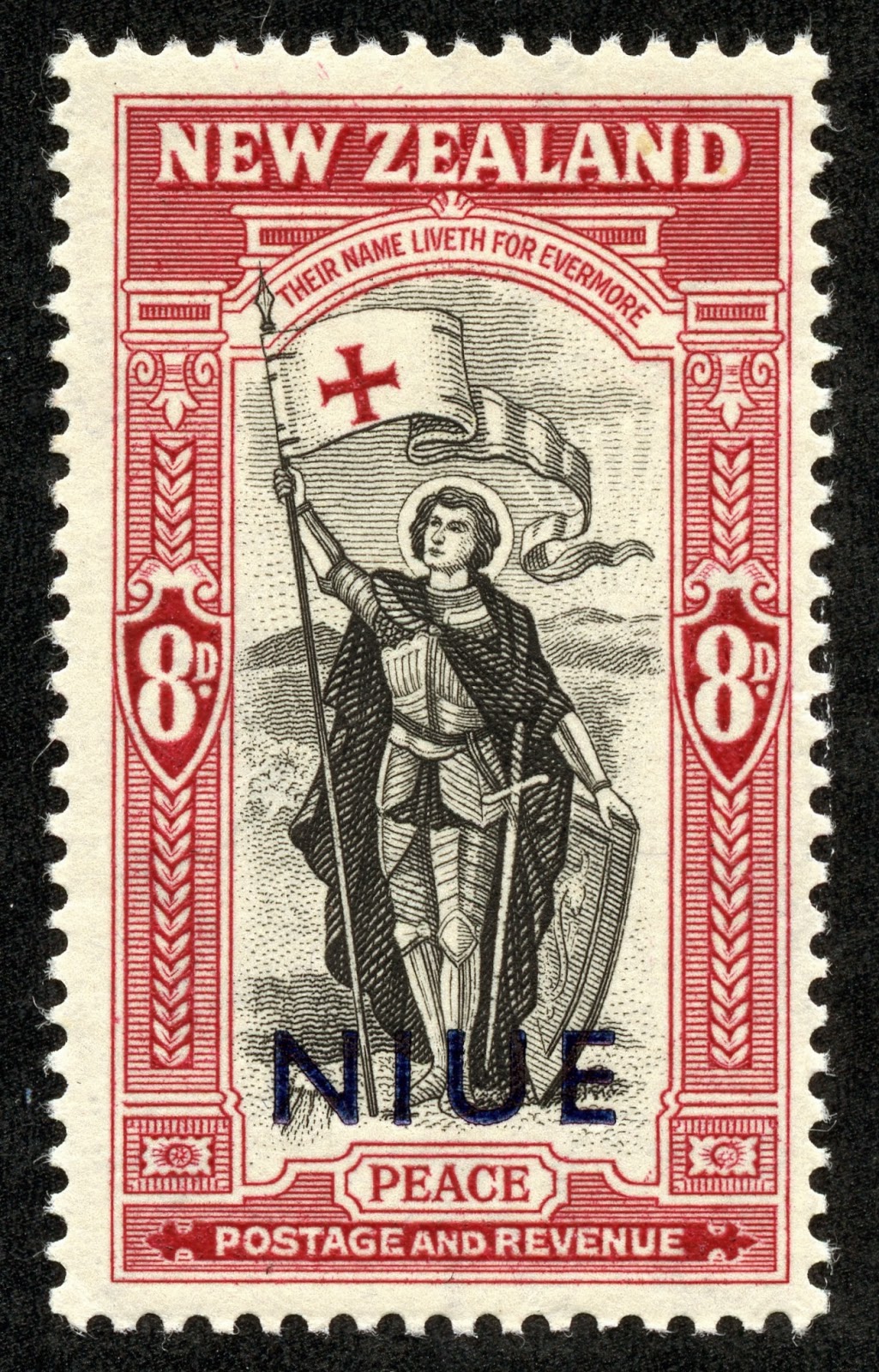 Out of the Blue
Because of cultural and linguistic differences, to say nothing about their distance from each other, Niue and the Cook Islands are really separate entities. Hard to tell from the stamps though. ;-)