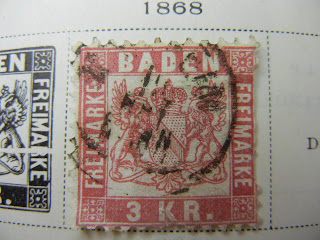 1868 Scott 27 3kr rose "Coat of Arms"
Quick History
Baden is located in southwestern Germany, and the largest city is Karlsruhe. It was a former Grand Duchy with a population of 1,400,000 in 1864. Baden was a member of the German Confederation, and in 1870 became part of the German Empire. Baden issued stamps from 1851-1868. 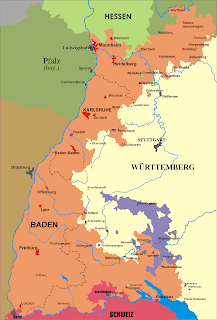 Baden 1806-1945
Big Blue Picture
Big Blue dropped Baden, along with fellow German States Bergedorf, Bremen, and Brunswick in the 1969 edition. The German States had all been on one page together in the 1947 and 1941 editions. Unfortunately, the page did not return for the 1997 edition (which is my reference).

The 1947 and 1941 Big Blue had 3 spaces for the "classic" Baden era. In addition, there were 4 spaces ( out of a total of 6 denominations),  for the 1905 "Official stamps" produced for use in Baden. The 2011 Scott Classic Specialized catalogue shows 25 major numbers for the classic Baden era. Coverage by Big Blue is 12%.

So what to do with the Big Blue countries-and their stamps- that are no longer in the current (1997) Big Blue?
I can think of several choices.
1) Ignore them.
2) Collect them as if nothing has changed.
3) Something in-between.

I am opting for 3). I will include them on a supplementary page, or, less likely, I will insert a '41 or '47 page into the album.  But they aren't eligible for "Most expensive stamps in ('97) Big Blue", or for counting purposes.  Doesn't mean they aren't desirable, because they are! I love classic stamps! 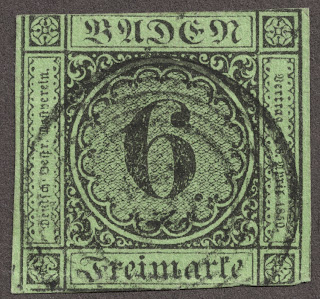 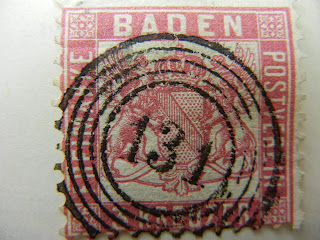