Early British Honduras stamps follow the standard colonial practice of featuring king and queen images. The first departure comes in 1921 with a carmine 2c peace commemorative that does not specify any particular peace. A year later a grey 4c stamp of similar design was issued, but lacking the “peace” inscription (bottom, page 1). Both still have the king.

However, they also bear the colony’s seal and motto. The motto, Sub umbra floreo, translates as “Under the shade I flourish.” Unlike other former British colonies, Belize did not change this motto upon achieving independence, and its new seal differs only slightly from the one on the colonial stamps. Mahogany trees (top of the seal) provide the beneficial shade, both literal and financial. Mahogany was much in demand for fine furniture making in England and the US from the Chippendale period onward.

Tributes to mahogany continue in the 1938 George VI series, the 10c and $2 stamps, while the 4c lists mahogany along with the colony’s other major exports: chicle (for bubble gum), grape fruit, bananas, sugar, coconuts, cohune (palm oil), and rice.


Following the US Civil War, British Honduras provided shady haven for Confederate refugees. As many as 7000 settled there in hopes of starting sugar and cotton plantations. I’ve searched for philatelic traces of these settlements, say, a cancel from New Richmond or a cover with identifiable Confederate names, but have found none. I reserved a space on the supplement page in the event that something turns up.

Jim's Observations
In 1981, Belize became fully independent, the last continental colony in the  Americas to do so from Great Britain.

Big Blue's 63 stamp selection is reasonable with many <$1; and the most one would have to spend would be $5+. 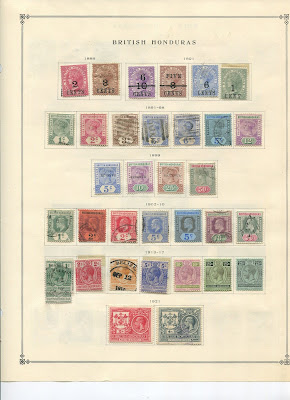 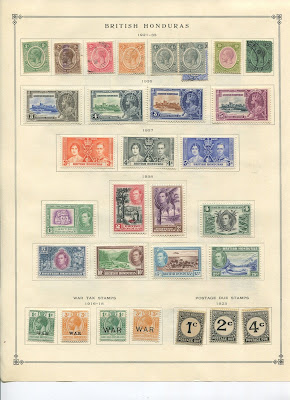 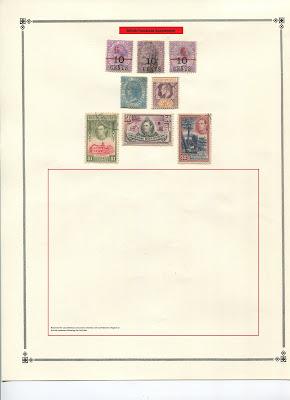