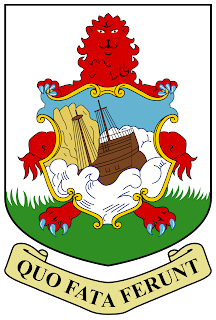 The three-masted ship that appears on many of Bermuda’s classical era stamps begs speculation. It is intended, no doubt, to symbolize the Sea Venture, which was deliberately crashed on the island in 1609 during a heavy storm, all passengers surviving. Flagship in a rescue flotilla headed for Jamestown, the Sea Venture may have been “England’s first built-to-order emigration vessel;” 1 others suggest perhaps the first “single-timbered, armed merchant ship built in England.” 2 Who knows?

Scott’s Catalog labels it a caravel. While the drawing in some ways resembles a caravel, the original certainly was not one. Judging from a stamp-sized drawing is difficult. It’s rather like looking at a generic sketch of a 1930s auto and declaring it to be a Buick. Maybe, maybe not.

The stamps’ ship appears to be sailing under English royal flags.

Since the wreckage of the Sea Venture was scavenged to build vessels for the survivors to continue their voyage to Jamestown, what the ship actually looked like will likely never be known, although model builders have made several informed guesses. Bermuda’s current coat of arms resolves the problem creatively (see above). It simply shows a shipwreck over the motto “whither the fates carry,” a phrase clipped from Virgil's Aeneid. The arms and motto appear indistinctly in the upper right corner of the 1921 Tercentenary issues.

Despite the vagaries of Bermuda’s early sailing ships, the importance of seafaring is a recurring theme in the country’s stamps. Over 70 percent of BB’s Bermuda offerings are nautical-related. Even the 1902-1910 series features a dry dock -- which is also cloaked in historical uncertainty.

Jim's Observations
Shakespeare's play,The Tempest was thought to have been inspired by an account of the 1609 shipwreck of the Sea Venture, flagship of a the flotilla originally set to recolonize Jamestown, but instead founding a new colony. 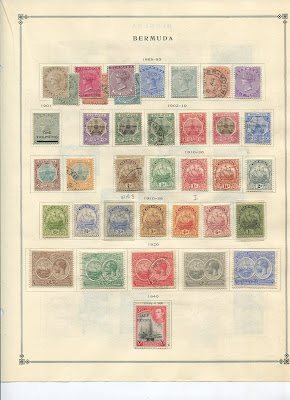 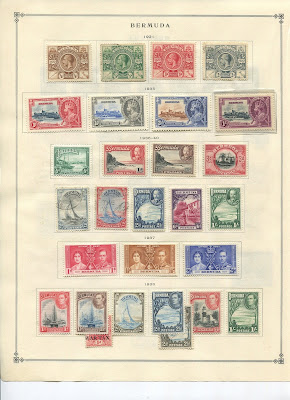 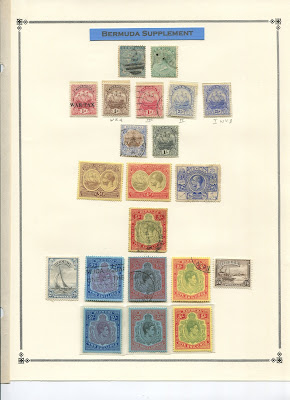