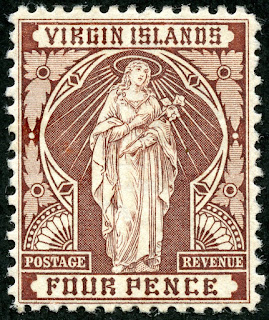 1899 Scott 24 4p chocolate
"St. Ursula with Sheaf of Lilies"
Quick History
The British Virgin Islands in the West Indies, southeast of Puerto Rico, was one of the presidencies of the Leeward Islands Colony during the classical era. 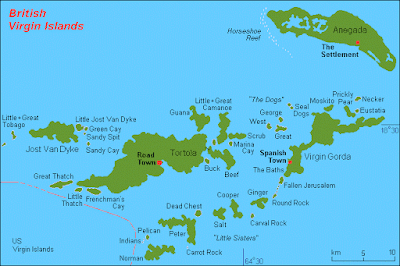 British Virgin Islands
The Leeward Islands issued stamps from 1890-1956 that could be used on any of the islands group. But each presidency (Here, the Virgin Islands) also issued their own stamps valid within their territory. 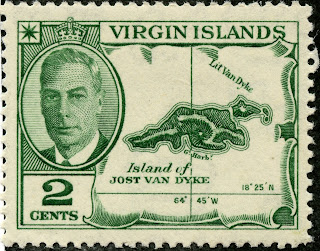 Jost Van Dyke Island
The Virgin Islands issued stamps from 1866-1952 during the classical period covered by this blog. 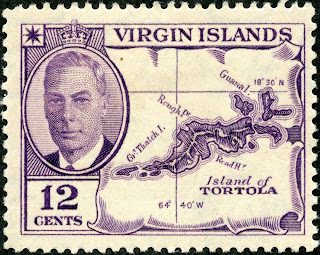 The other part of the overall Virgin Islands grouping is the U.S. Virgin Islands, formally the Danish West Indies, that was purchased from Denmark by the U.S. in 1917.

How did the islands get their name?

They were discovered by Christopher Columbus on his second voyage (1493), and named "Santa Ursula y las Once Mil Virgenes", in honor of St. Ursula and her 11,000 Virgins!

The English wrested control of the islands from the Dutch by 1680. Sugar cane was introduced, and African slaves were brought in to work the plantations.

Today, 83% of the population has African roots. English Creole is the everyday language. 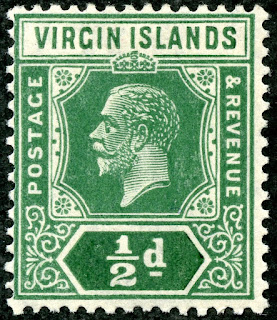 For myself, I wouldn't mind some copies of the 1866-78 (nine stamps) lithographic "Virgin and Lamps" and "St. Ursula" stamps. Alas, that will have to wait for now. 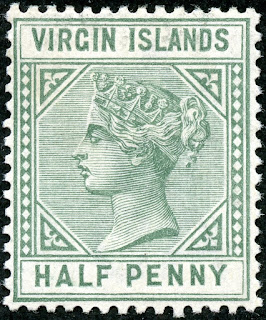 They were on  Wmk. 2 "Crown and C A" paper. If you need to review the British Colonial watermarks, see Gibraltar or another British colony. 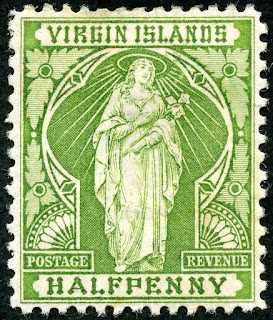 1899 Scott 21 1/2p yellow green
"St. Ursula with Sheaf of Lilies"
For me, this is the more iconic imagery stamp for the Virgin Islands - much more interesting than "keyplates". ;-) 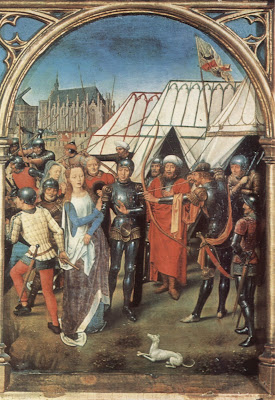 The Martyrdom of St. Ursula
Hans Memling 1489
The legend of St. Ursula (Latin: "little female bear"), thought to be originally from Wales, is lost in the mist of time.  There is doubt that she even existed. On an uncertain date (383?), she was killed (martyred) with a bow and arrow by the marauding Huns, and her accompanying Virgins (2?, 11?, 11,000?) were beheaded in Cologne, (Germany). Certainly, there was a belief tradition of virgin martyrs in Cologne by the fifth century, and the Basilica of St. Ursula in Cologne contains the alleged relics of St. Ursula and her 11,000 maidens.

The Order of Ursulines, founded in 1535, has had a mission focus on educating young girls. I have met some Ursuline sisters over the years, and now I know a bit more about their founder, thanks to the Virgin islands! 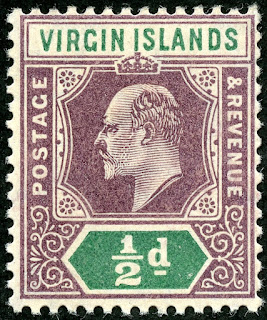 In 1904, a nine stamp "Edward VII" set was produced for the Virgin islands.

Of interest, there was at the same time (1902-1911), "Edward VII" issues available for the Leeward Islands, which, of course, included the Virgin islands! 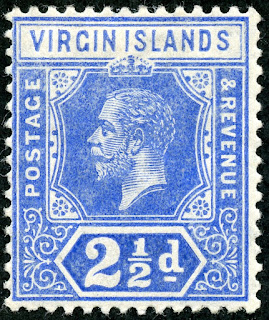 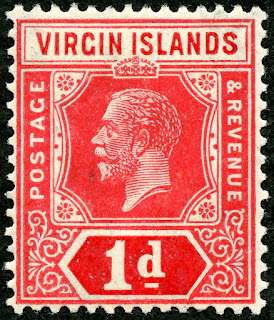 The Fiji post elaborates on the Die I/Die II characteristics. 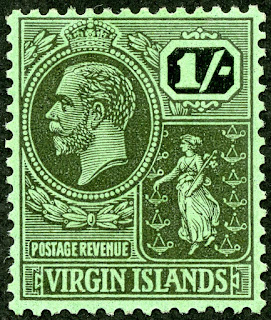 Note the Colony Seal with St. Ursula holding a lamp? There are eleven additional lamps representing the 11,000 maidens. 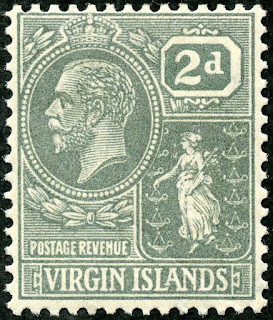 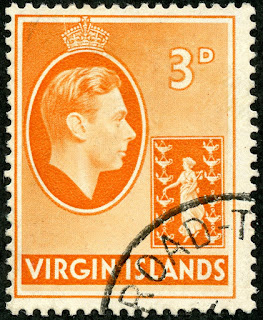 As most collectors are aware, almost all British colonies have some type of issue, often pictorial, for "George VI", beginning in 1938. Curiously, only the Virgin islands had a one design photogravure issue among the Leewards islands grouping. 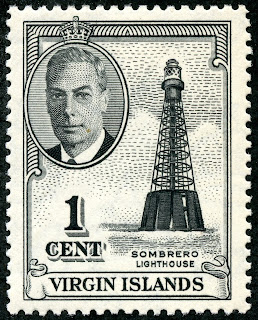 The "Sombereo Lighthouse" was on tiny Sombereo island, but the rocky island was better known as "Spanish Hat" by generations of sailors. In 1956, the small island (and 157 foot high lighthouse) passed into ownership of St Kitts-Nevis-Anguilla upon dissolution of the Federation of the Leeward Islands. 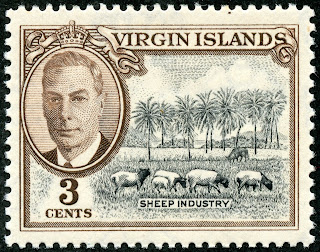 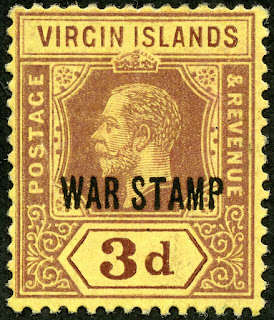 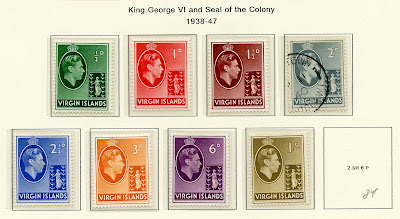 "King George VI and sSal of the Colony"
1938-47 Issue in Deep Blue
Deep Blue (Steiner) has eight pages for the 1866-1952 issues of the Virgin Islands. All major Scott numbers have a space. 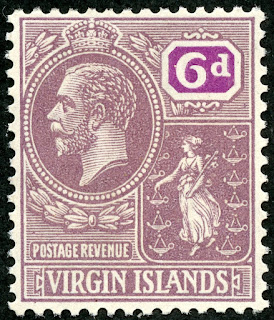 Coverage is acceptable, as all the major issues (including war tax) are represented, except for the expensive early issues.

There is only one expensive stamp ($10+) required for a space.

As usual, there are some choices (Wmk 3 vs Wmk 4) for spaces in BB. 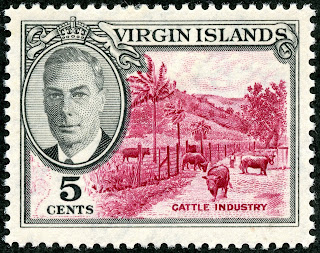 1952 Scott 106 5c gray black & rose lake
"Cattle Industry"
Out of the Blue
Half of the classical era British colonies philatelic output is predictable ("keyplates"), but the other half - unique to a colony- is interesting indeed.

Note: Map and Hans Memling painting image appear to be in the public domain.