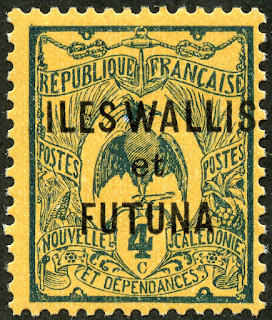 During the classical era, they were considered a Dependency of the French Colony of New Caledonia.

Wallis & Futuna in the South Pacific
The population was 6,200 circa 1940, and the chief towns were Mata-Utu, Wallis Island, and Sigave on Futuna Island (also known as the Hoorn Islands). 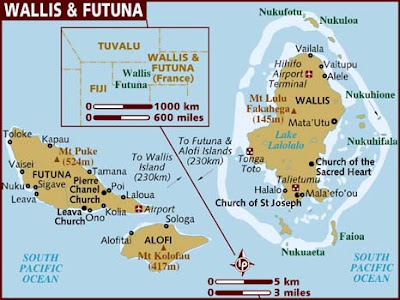 The culture of the three Polynesian Kingdoms was and is quite similar to that of Samoa and Tonga.

In 1917, the three Polynesian kingdoms became the Colony of Wallis and Futuna, still as a dependency of New Caledonia.

A pro-Vichy administration was operational during WW II, until a Free French warship from New Caledonia deposed the regime on May 26, 1942.

In 1961, the islands became a French Overseas Territory.

Currently, more than 16,000 expatriates live in New Caledonia, more than the total population today of Wallis and Futuna. 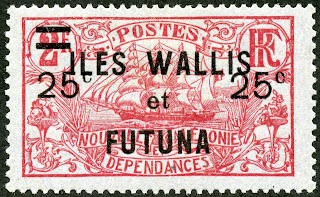 Other than the common design types, all stamps of Wallis & Futuna during the classical era are overprinted stamps or types of New Caledonia.

A closer look at the stamps and issues
100 Centimes = 1 Franc
Note: I have more about these issues in the New Caledonia blog post. 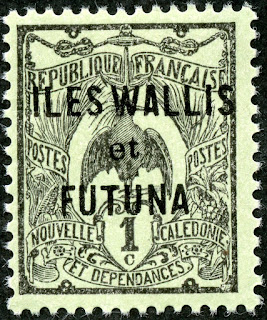 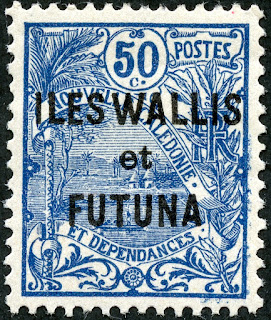 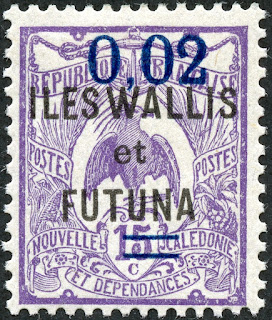 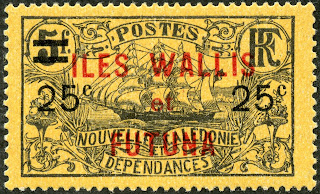 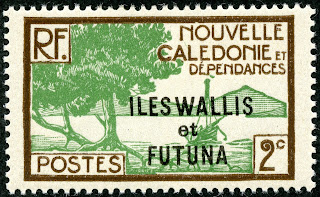 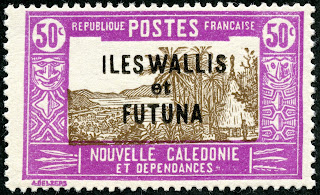 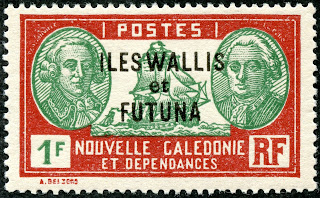 The Vichy government reissued six of the overprinted stamps in 1944 without the "RF". They were never placed on sale in Wallis & Futuna. 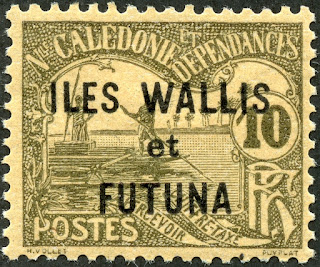 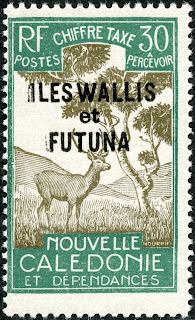 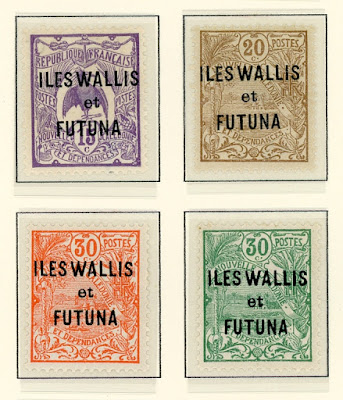 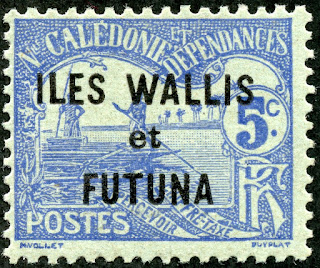 There are only three spaces that require a CV $10+ stamp. 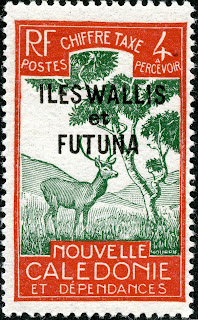 1930 Scott J12 4c brown red & blue green
"Malayan Sambar"
Postage Due Stamps of New Caledonia, 1928
Overprinted as in 1920
Out of the Blue
Like to get away? The island of Futuna has 12 miles of roads, none of which are paved. Leava, the chief village and administrative center of the chiefdom of Sigave on Futuna, has a current population of 480.