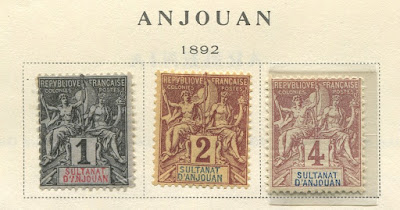 Only the French Navigation and Commerce were issued for Anjouan. Interesting cancels are scarce. The 1912 overprints were used more widely than just Anjouan.

Jim's Observations
Curiously, The country is not in the 1997 edition. The 1941, 1947 and 1969 editions DO have the stamp spaces included. I suspect the '97 edition simply forgot to include Anjouan.

Update: The '97 edition recently sold by Amos includes a full coverage page of Anjouan (30 spaces). I suspect they added the page from the Scott Specialty albums. 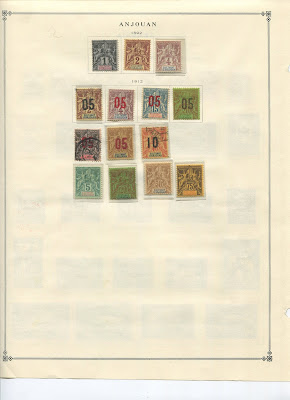