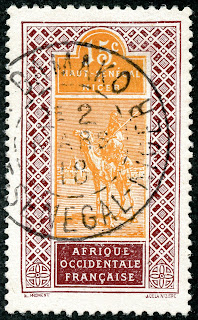 1917 Scott 23 15c chocolate & orange
"Camel with Rider"
Quick History
Upper Senegal and Niger (Haut Senegal et Niger) was part of French West Africa, and developed from Senegambia and Niger in 1904. Stamps were issued from 1904-1917. The territory from upper Dahomey was added in 1907. Niger was a separate military district after 1911, and a separate colony after 1922. The Upper Volta was removed in 1919 and became a separate colony. The remaining lands had a name change in 1920 to French Sudan, and stamp production continued under that inscription in 1921. 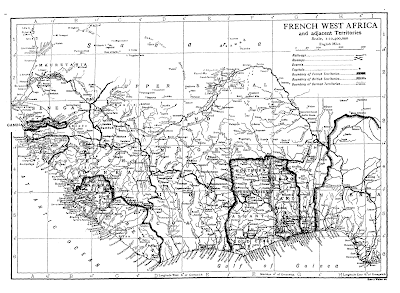 Upper Senegal & Niger
French West Africa Map circa 1911
The capital was Bamako, named in 1907, after the Dakar- Bamako railway was completed in 1906.

The population was 2,400,000.  (Reference Scott catalogue- unknown date and source) 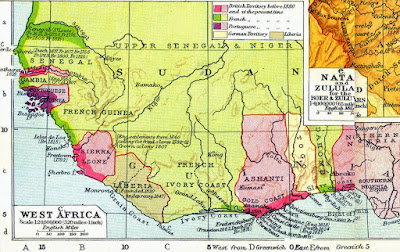 Colonial West Africa
Note "Upper Senegal & Niger"
The dates and renaming for French West Africa "colonies" in general are confusing, because often they are only name changes with swapping of some territories between administrative entities.

The Stamp World History site has more information and a synthesis map of Upper Senegal & Niger for those that would like to dive further into the geography. There is also a nice overview and maps of French West Africa available. Thanks Gerben! 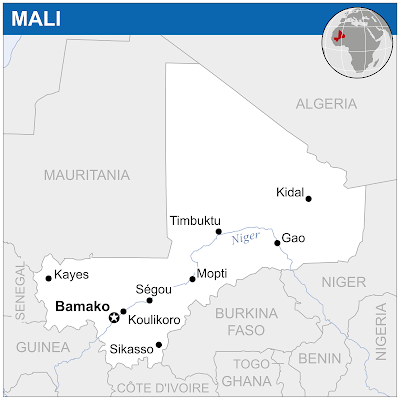 Mali
So what eventually happened to Upper Senegal & Niger? Well, as mentioned, the lands remaining in 1920 were renamed French Sudan ("Soudan Francaise"). (There was an earlier "French Sudan" colony, also, that issued stamps between 1894-1900.) 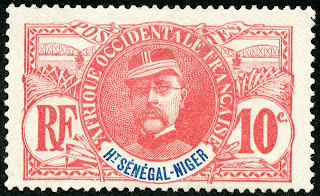 The stamp output for Upper Senegal & Niger was relatively short, both in terms of number and years issued.

The general designs and formats should be quite familiar if one is acquainted with French Colony stamps.

* French Sudan 1894-1900; Capital Bamiko
In 1899, French Sudan was abolished as a separate colony, and was divided among Dahomey, French Guinea, Ivory Coast, Senegal, and Senegambia & Niger.

* Part of the territory of former French Sudan was known as Upper Senegal & Niger from 1906-1921. Capital Bamiko.  In 1921, the name of the colony reverted to French Sudan. 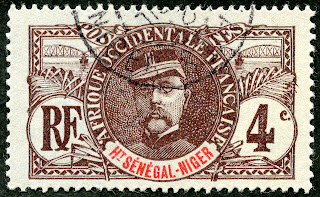 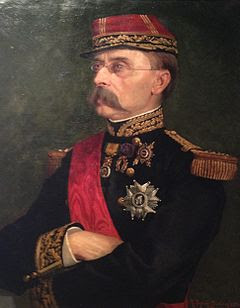 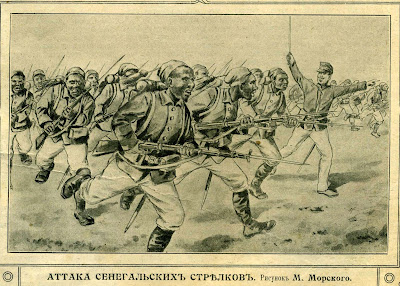 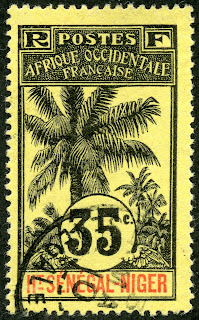 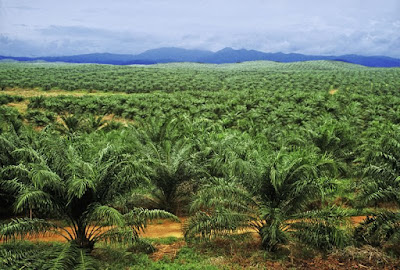 Oil Palm Planatations
The species, because of its economic importance, has been transplanted to Madagascar, Sri Lanka, Malaysia, Sumatra, Central America, and the West Indies. 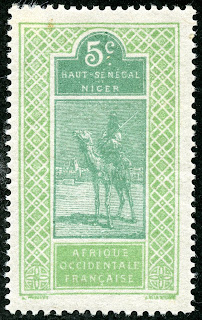 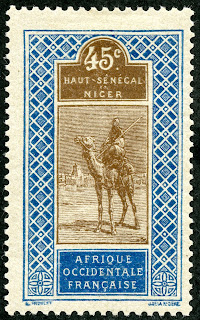 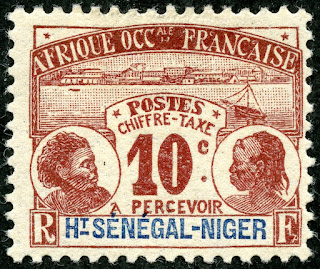 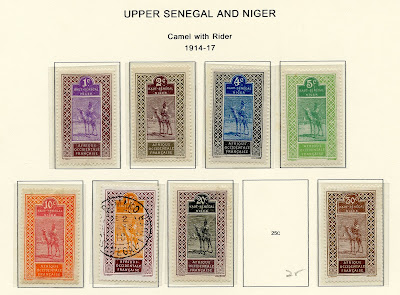 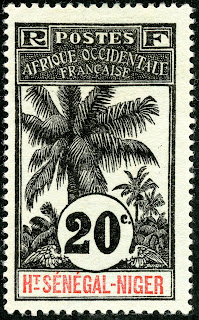 Certainly, if BB had this generous coverage for every country, the complaint would not be "not enough", but "too much". ;-)

With the generous coverage, naturally, there are some expensive (CV $10+) stamp spaces. There are six expensive spaces: one (1906 Scott J7 1fr black/pinkish ($40)) is "most expensive", and two others are CV $20+. Details are listed under "comments", following the checklist. 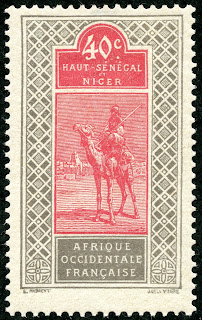 1914 Scott 28 40c gray & carmine rose
"Camel with Rider"
Out of the Blue
Another French Colony, now dead (as a name), that, according to Wikipedia, perhaps only stamp collectors care about now. ;-)

But the French legacy lives on in Mali. primarily through the French language (and culture).