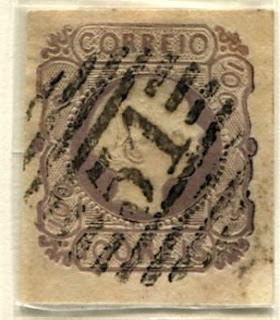 When you poke though feeder albums, look for precursors. Sometimes an older cancellation found among a colonizing country’s stamps turns out to be from a colony, not the mother country, and was used before stamps were overprinted or inscribed with the colony’s name. Such is the case of the Madeira #A8 above. It’s identified by the barred numeral “51.” Otherwise, it would be a used Portugal #8 (100r, lilac, King Pedro with straight hair). I had placed the stamp in the supplement pages for Portugal, but spotted it and moved it to Madeira’s supplement page just before writing this post.

Madeira’s stamps need to be studied together with those of Funchal, Madeira’s capitol city, and of Portugal. Stamps overprinted or inscribed Madeira were issued from 1868 to 1928, with interludes in which Funchal stamps were made available and/or ordinary Portuguese stamps were used.

The MADEIRA overprints (1868-1881) vary in size and shape of the letters, as can be seen in the examples shown below. Reprints exist.


Census: 25 in BB spaces, 16 on the supplement page counting the precursor.

The Portuguese had settled Madeira since 1420, and the island was granted administrative autonomy in 1895. Today, the archipelago is part of two Autonomous regions of Portugal, along with the Azores.

There are several exceptions...
• In 1928, a 21 stamp "Ceres" issue was produced for Madeira. It was necessary for postal patrons to use the stamps on mail for six specific days in 1928 & 1929. This was to raise funds for a Museum building.

• Postal Tax and Postal Tax Due stamps were produced for Madeira in 1925. 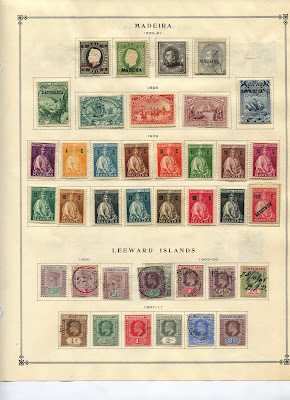 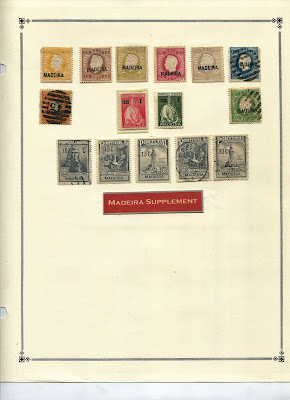