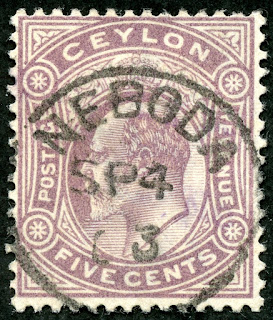 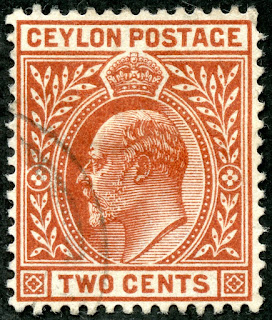 1903 Scott 166 2c orange brown "Edward VII"
Wmk 2
Between 1903-05, for the new King "Edward VII", a twelve stamp typographic issue using five designs, but all featuring the same side portrait, was released. The paper had a "Crown and C A" watermark (Wmk 2), which distinguishes this issue from the similar 1904-10 "Wmk 3" issue. 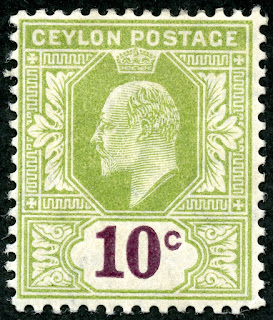 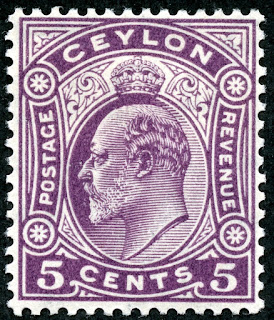 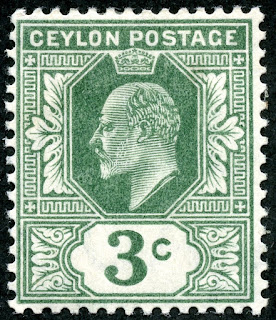 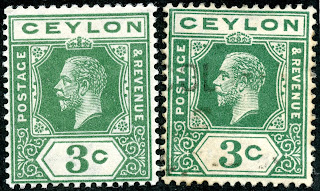 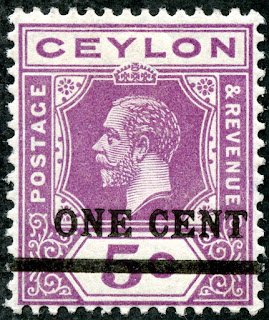 Of interest, this overprint/surcharge is identical to the war stamp 1918 Scott MR4 (scroll down), but without the "War Stamp" overprint. 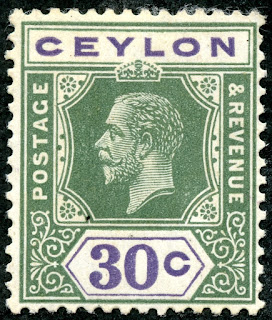 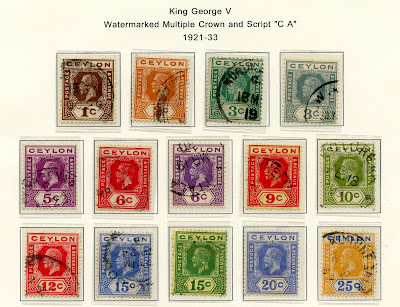 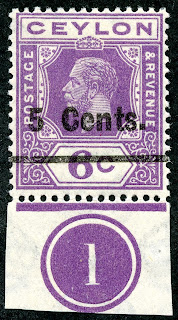 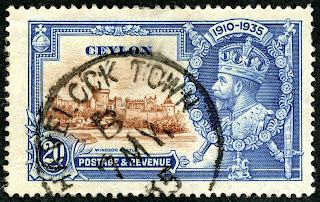 Havelock Town is now part of Colombo, Sri Lanka. For more on the interesting history of Havelock Town, click here. 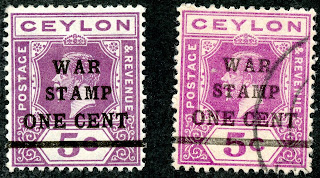 Of interest, there are two shades in the catalogue for MR4. 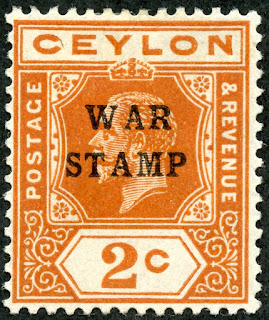 1918 Scott MR1 2c brown orange
No 201 Overprinted; Die I, Wmk 3
Out of the Blue
As I mentioned on the Victorian era Ceylon post, it would be fun to specialize in classical Ceylon