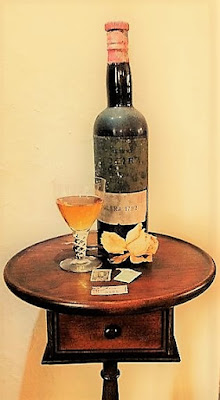 Images of King Carlos do little to promote the charms of Funchal, Madeira, a city perched between an ancient volcano and the very blue Atlantic. These stamps are best studied in conjunction with those of Madeira proper, as well as Cabo Verde, the Azores, Ponta Delgada, and Horta.

Do so, if at all possible, while sipping a glass of aged Madeira wine. I recall fondly a bottle of Blandy's Madeira Sercial Solera 1792. Known as the Napoleon solera, it enlivened New Year’s Eve, 2000. When this wine was vintaged Marie Antoinette still had her head attached.

All of which reminds me of a darkly comic Flanders and Swann song titled “Have some madeira m’dear.” It’s about alcohol, seduction, a stamp collection used for nefarious inveigling and, ultimately, losing one’s head. 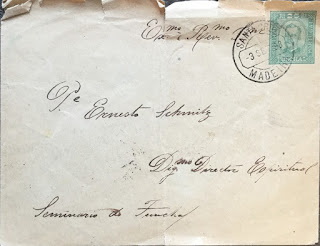 
Census: 14 in BB spaces, five on supplement page. Twelve have been added since the scans were made.

Jim's Observations
Funchal is a the largest city in the Madeira island group, and is located off the coast of north Africa in the Atlantic Ocean. It was an administrative district, and issued stamps from 1892-1905, when then the stamps of Portugal were used. Today, it is still part of Portugal. The population was 150,000 in 1900. 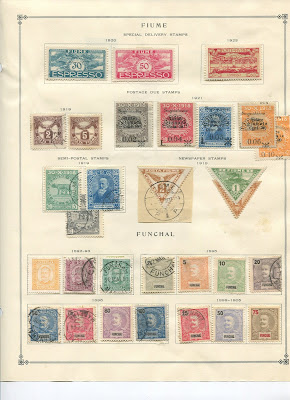 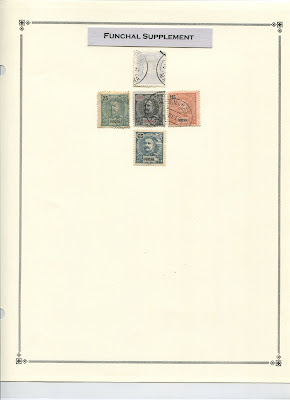