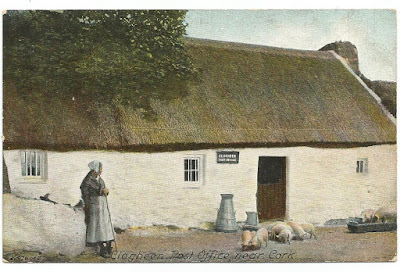 Because hostile tempers prevailed during the Irish War for Independence and long thereafter, I find curious the new Irish Free State’s continuing with overprinted British stamps. Was obliterating the British crowed head with Gaelic inscriptions in some sense a satisfying defiant gesture for the Irish political psyche? Was it a reluctant admission of Ireland’s reliance on continued relations with Britain? Was it simply a matter of convenience devoid of any anti-British animus? In any case, the practice of overprinting British stamps continued until 1935. Covers with overprinted British stamps are rarer than those with stamps with Irish designs. Still rarer are covers with mixed franking. The Irish likely preferred to use stamps with Irish designs.

The supplement page scans (below) show a modest run of the overprinted varieties, although it’s far from complete. Some of the super expensive “seahorses” are missing. The overprinted stamps differ, as Jim explains in the main Ireland post, by Gaelic inscriptions, colors of ink, size of the overprints, and British printing companies’ redesigns. The stamps on the supplement pages follow the ones on the BB page in, I think, Scott order. The first three are pre-war Dublin cancels.

I like the Clogheen post office (above) with its staff of pigs. Clogheen had in 2006 a population of about 500 souls and is located in County Tipperary. The photo likely predates the Irish Free State. 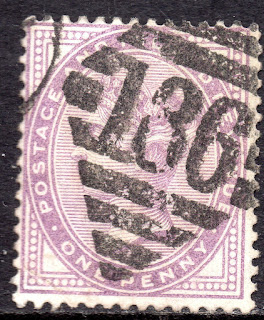 This bland introduction that follows belies the tumultuous history between Ireland and Great Britain. 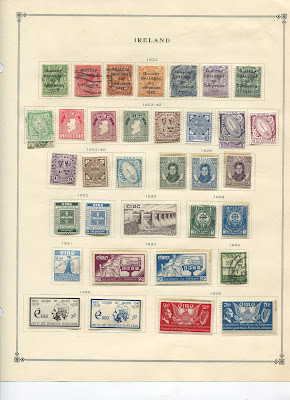 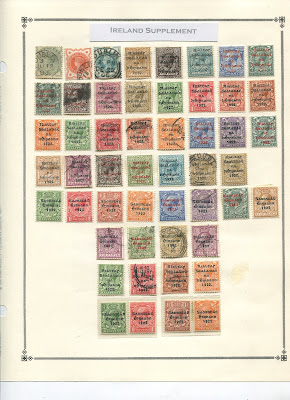 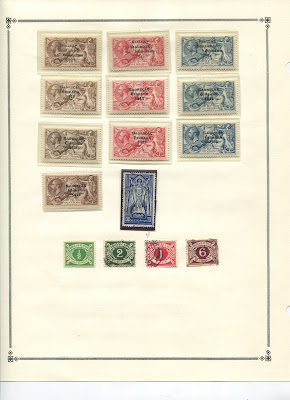