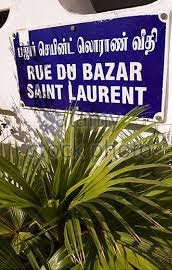 When French postage stamps were introduced in 1859, French India had been reduced to a few dots along the Bay of Bengal coastline, all of declining economic importance, the largest being Pondichéry. Not until 1892 were unique stamps issued for French India, these used only for mail to other colonies and France. British post offices claimed the rest.

Stamps of India were adopted in 1954, eight years prior to formal union of French India with India.

That which is decidedly French has a subtle Tamil zest; what is clearly Tamil has a delicate French aroma. In all, an appealing blend. The Brahma divinity and Kali Temple on French India’s most common stamps illustrate the point.

Cancels, including all of mine, are commonly Pondicherry; those of other settlements, difficult to find.

Jim's Observations
The French had much greater influence in the mid-eighteen century, but after losing conflicts first with the Dutch, then with the British, their influence shrank by the twentieth century to just a few settlements. By 1941, the area for French India was 196 square miles, the population was 320,000, and the administrative Capital was Pondichéry.

By 1954, all of the French holdings were de facto part of the Indian Union. But the French influence (language, architecture, churches, culture) today remains strong in Pondicherry and Yanam. 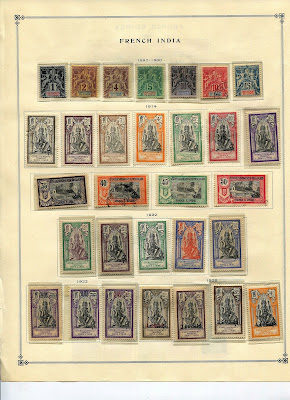 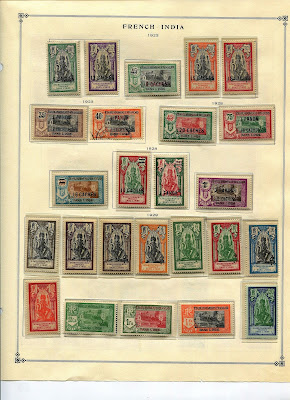 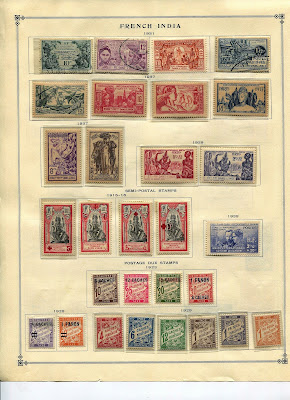 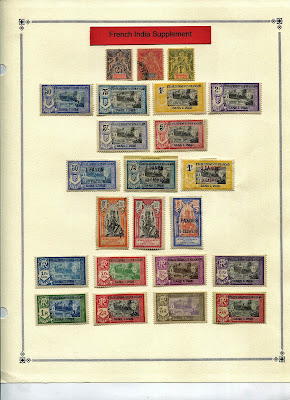 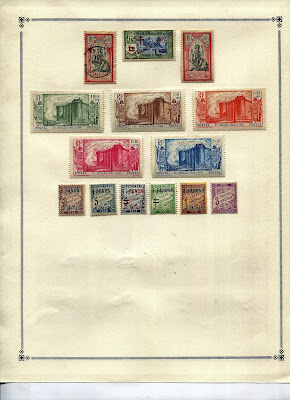