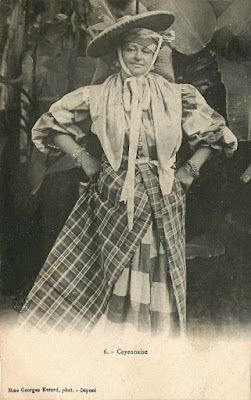 Model for the 1929 postage due?
Bud's Big Blue
Bud's Observations

Of course, not all French colonies followed the path toward independence. French Guiana’s citizens -- along with those of Martinique, Guadeloupe, Réunion, and Mayotte -- now have the same political status as citizens of European or metropolitan France.

Consequently, after 1947, the stamps of France are used in French Guiana. Until then, stamp designs follow the normal progression from overprinted French stamps through various local scenes and personages. Currency is now the euro.

Although physically close to each other, the Guianas’ political climates vary greatly, making this a highly interesting region for philatelic specialization. Early cancels and covers are scarce, especially for French Guiana’s inland territory, Inini.

Census: 125 in BB spaces, 3 tip-ins, 39 on supplement pages, among which are two Guyane overprints.

From 1852-1946, a penal colony- known collectively as "Devil's Island" to the English speaking, bagne de Cayenne, to the French speaking world- was located just off the coast of French Guiana. It held political prisoners ( Those that opposed Napoleon III coup d etat), Alfred Dreyfus (1895), to thieves and murderers. Of the 80,000 prisoners sent to Devil's Island and French Guiana, very few survived or were ever seen again. 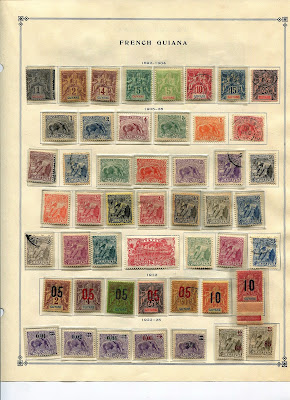 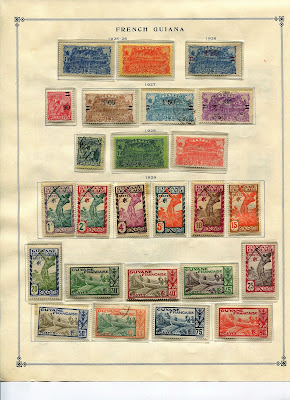 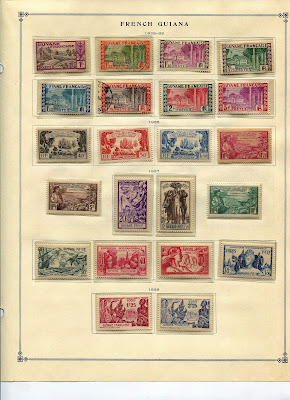 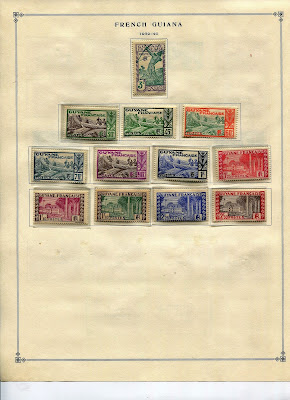 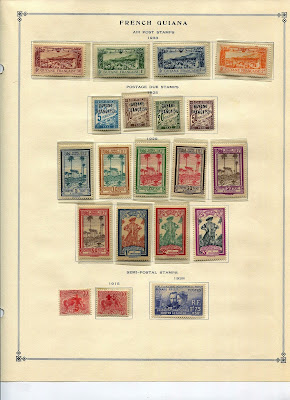 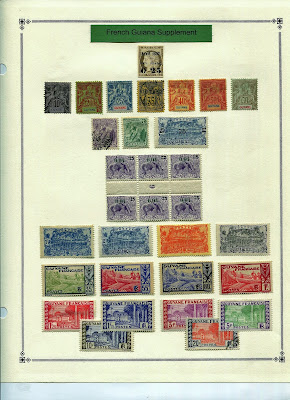 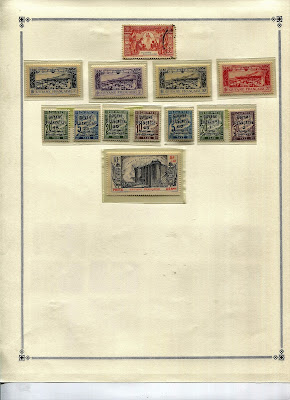