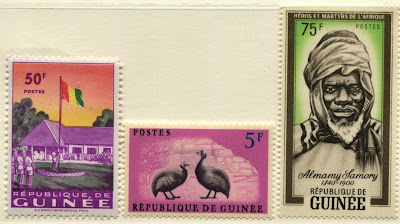 Almost due east across the Atlantic from French Guiana is French Guinea which, unlike French Guiana, did follow the path toward independence from mother France; the Republic of Guinea dates from 1958.

The 1913 design for which BB provides many spaces is titled “Ford at Kitim” in Scott’s Catalog. In it, three men ford a stream. Kitim, however, appears to have dropped off the map, or maybe never was. The stony mountain in the background looks very much like Mount Loura. If it is, then the river could be the headwaters of the Gambia (Gambra) near Kinita. Who knows?

General Louis Faidherbé and Dr. Noel Eugene Bally, both colonial officials the latter being recruited by Pierre Savorgnan de Brazza, repeat their appearances on the 1906 issues of several west African nations, as do the oil palms. Higher values are expensive and rarely cancelled.

Sadly, no raucous guinea fowl turn up during the classical era (well, maybe abstractly on the “Kitim” stamps). They have to wait for the Republic to honor them properly.

French Guinea was a colonial possession of France until 1958, when it became independent as "Guinea".

The largest issue was monstrous, consisting of 42 stamps, all with the "Ford at Kitim" central vignette design. As is typical for the colonial French stamps of the era, they had one color for the border, and the other for the scene. The French seemed to use every color of the rainbow for their stamps. These stamps were issued in waves from 1913-1933. 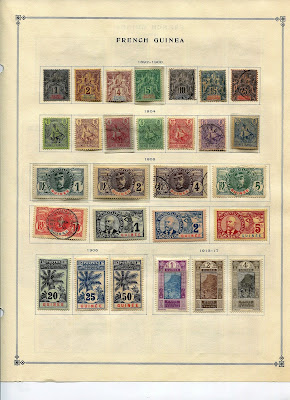 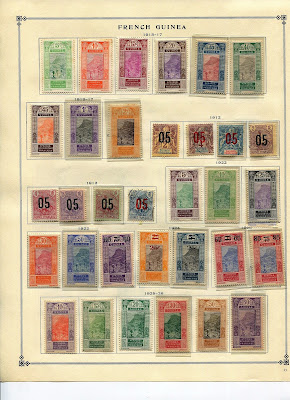 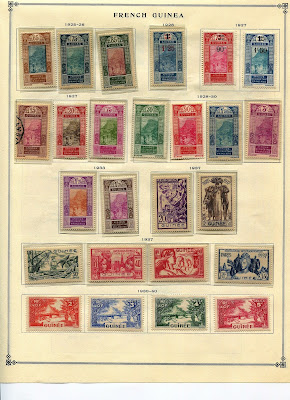 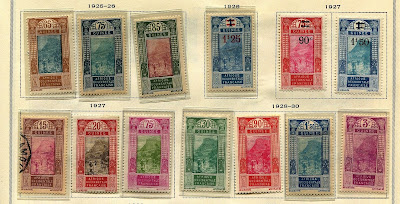 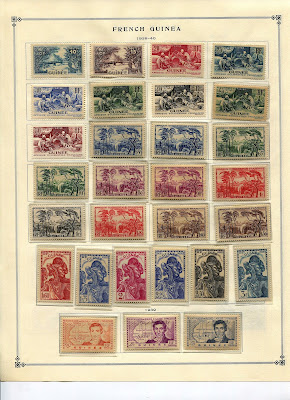 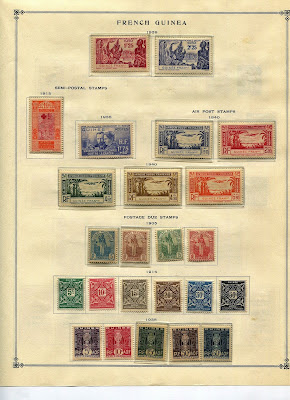 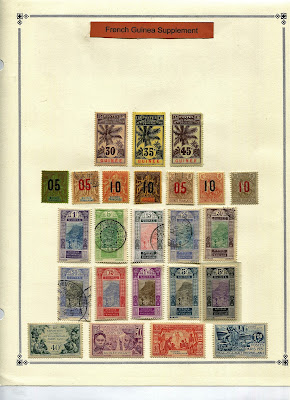 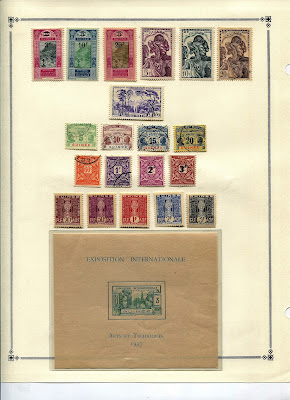