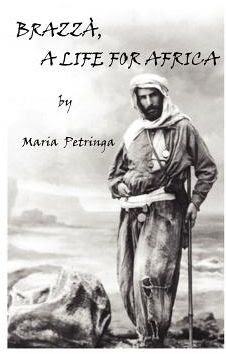 Feeder albums often scramble French Equatorial Africa (FEA) stamps with those of Chad, Middle Congo and Gabon, understandably because of similar designs and overprints. Blame for this confusion rests with the French administrators who, between 1904 and 1934, seemed unable to decide what configuration of colonies best suited them.

Not until 1937 did FEA have stamps with unique designs -- these featuring mainly French explorers and colonial officials boldly superimposed on indistinct local backgrounds. Brazzaville, the French Congo capital, was named for one of them; the name was retained following independence in 1960. Although he’s largely forgotten today, his biography makes a good read.

Jim's Observations
French Equatorial Africa stamps were issued exclusively after 1936, but the name has existed since 1910. Then Gabon and Middle Congo with its military dependencies were politically united as French Equatorial Africa, although each colony had administrative autonomy and had their own stamp issues. Ubangi-Chari-Chad was made an autonomous colony in 1915, and then in 1920 Chad was made an autonomous colony. The four colonies listed above were administratively united as one colony in 1934, and consequently the separate colonies stopped their own stamp issues in 1936. So to summarize: French Equatorial Africa consisted of four dependencies; namely Middle Congo, Ubangi-Shari, Chad and Gabon. 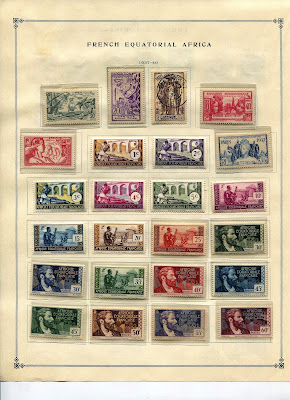 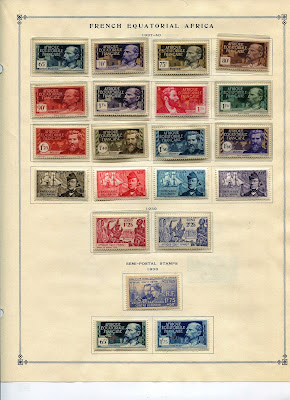 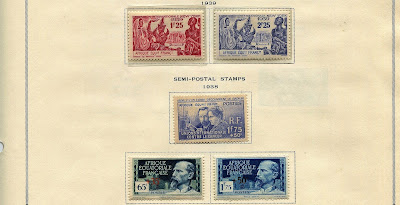 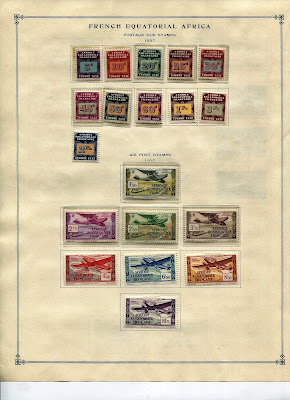 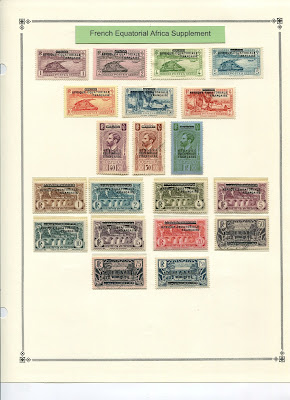 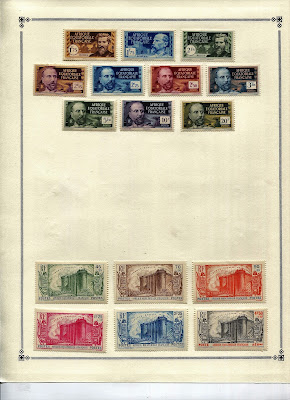