Were it not for the inclusion of a few pre-1913 and late 1930 common designs that were issued in many French Colonies, BB’s Dahomey stamps would make up a colorful one-man parade. He climbs an oil palm 55 times along the route, but BB gives spaces to only 43 of these events. Some of the remainder are either tipped-in or on the supplement page. His feet must get tired. And bloody bruised, too. To make matters worse, he climbs an additional 39 times on Togo’s stamps and continues climbing for Dahomey into his old age (after 1940). They might have given him a rest by substituting a soldier from the Dahoman army on their stamps.

Oil palms are formidable. See the grove on the supplement page. 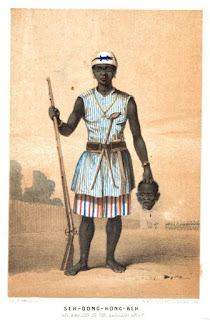 (Inscribed) "An Amazon of the Dahoman Army
Jim's Observations
Between the 17th and 19th century, the land on African's west coast by the Gulf of Guinea was ruled by the Kingdom of Dahomey. The area was known as the slave coast, because of the trans-Atlantic slave trade. In 1892, the slave trade was banned, and France made it a possession. The stamps of the French colonies, "Navigation and Commerce" stamps inscribed "Golfe De Benin", were used from 1892-1894 in Benin. Consult the Benin country blog for this era. The French annexed the Dahomey colony proper in 1894, with Benin part of this new colony. Dahomey was then governed as an administrative unit of French West Africa. 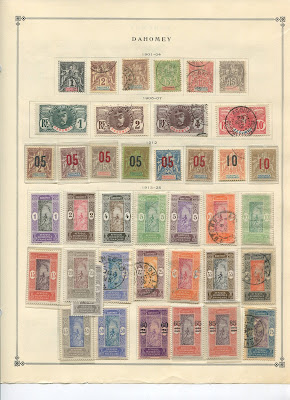 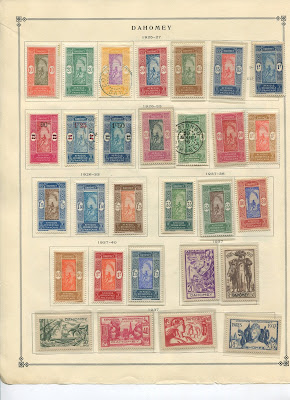 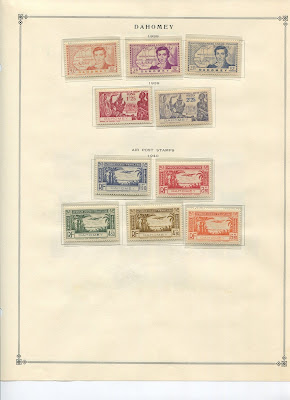 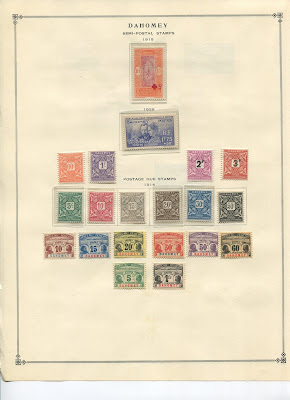 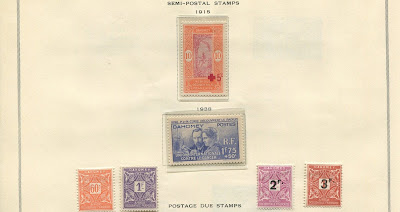 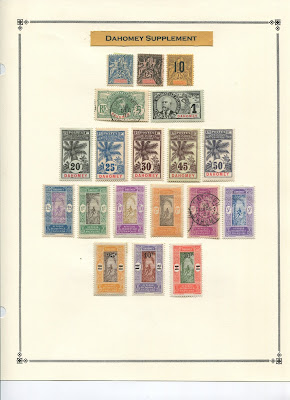 Note: "An Amazon of the Dahoman Army" image pic appears to be in the public domain.