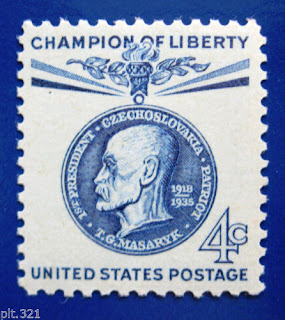 I avoided Czechoslovakia during my early collecting. Too many stamps for such a small country; often poorly executed, especially the early typograph (letterpress) issues with blurred images. The first of these, featuring Hradcany Castle of Prague, seem an endless progression of the same stamp with color and perforation changes being the only differences among them. Yawn. And their CV is so low they hardly strike one as being worth the bother of sorting.

Delving into the Czechoslovakia’s history changed my mind. Hradcany, for example is the largest castle in the world, dating back to the 9th century. Moreover, their first president, Tomáš Garrigue Masaryk, was the preeminent philosopher-politician of his day, a champion of liberty.

Although BB allows some latitude in the placement of the Hradcany stamps, I have put as many as possible of the imperfs in BB spaces and the perforated in the supplement (a change since the scans were made). Also I have added several Bohemia and Slovakia (“German Protectorate”) stamps to the supplement pages.

Jim's Observations
I have a lot of Czechoslovakian stamps. You probably do too. Why? One reason clearly is many of these stamps are at minimum catalog value. That is a bonus for those of us that value a stamp for its intrinsic exquisiteness, and not for its "worth".  In fact, with the Czechoslovakia proper stamp spaces offered, I could only find one semi-postal, - the 1920 overprinted Sokol issue, that, forced by a blank space, requires at least a $12.50 price tag (B142). Amazing! 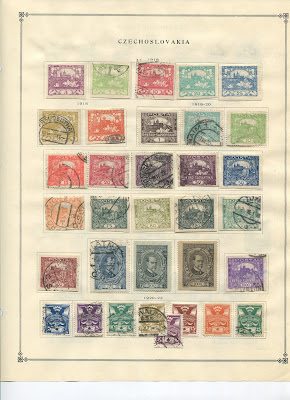 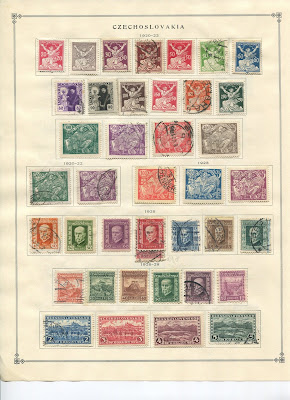 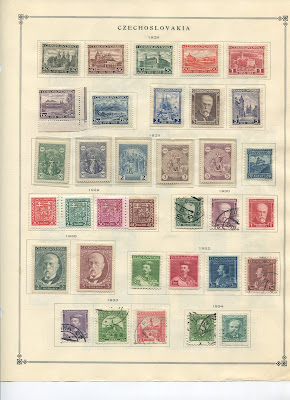 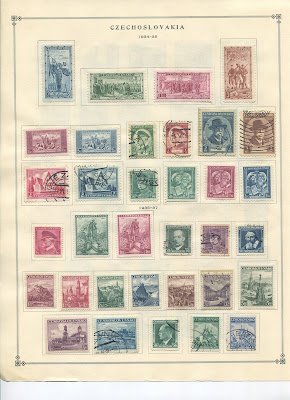 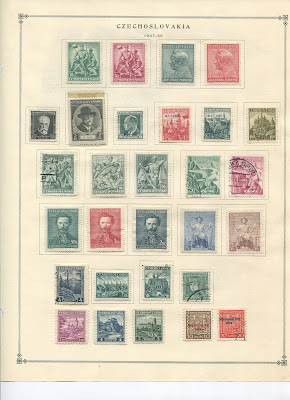 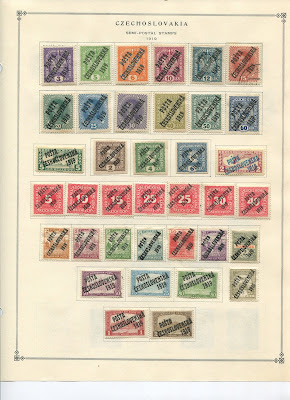 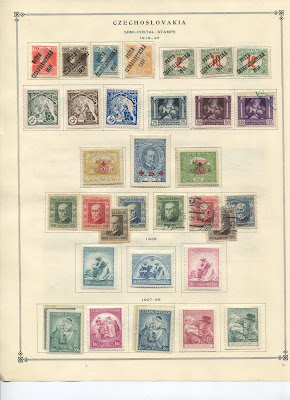 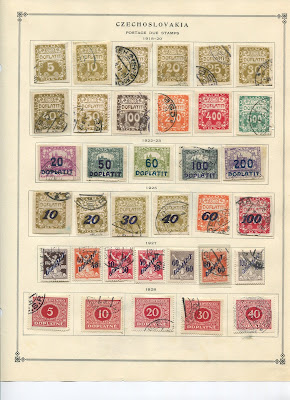 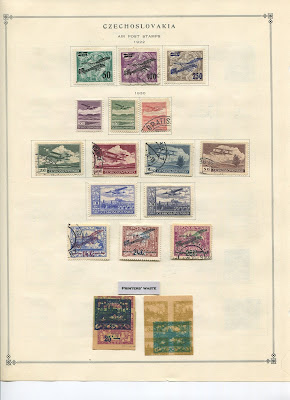 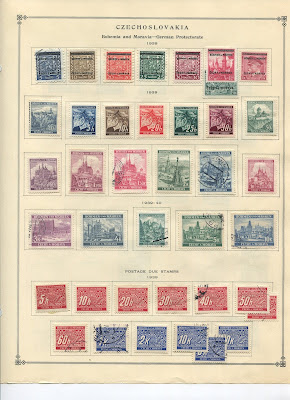 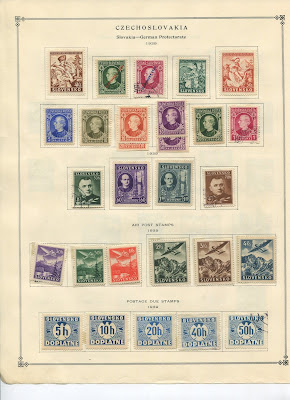 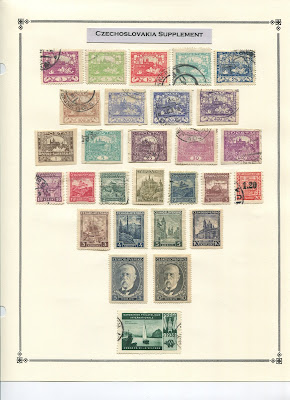 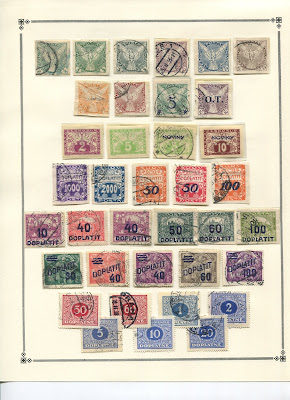 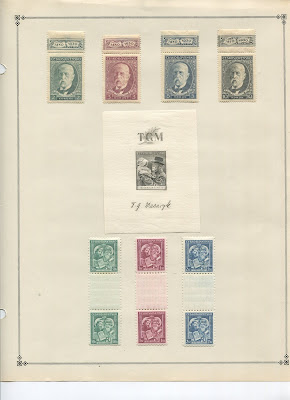 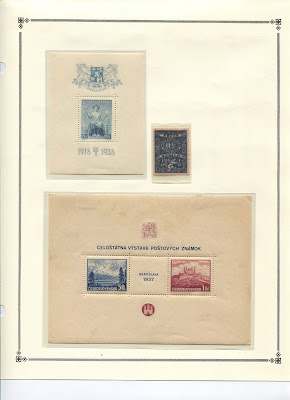 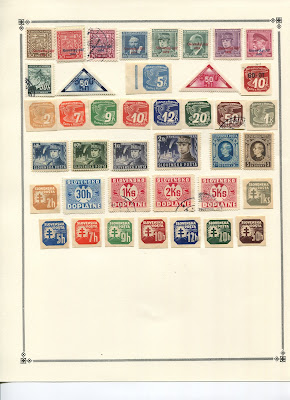 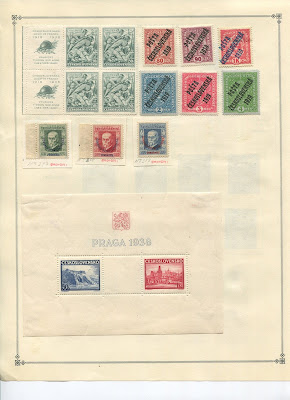