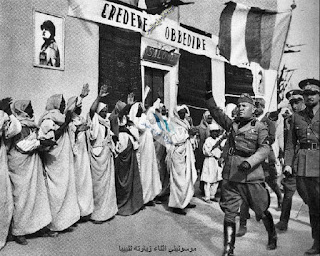 Why, shortly after Mussolini became Italy’s Prime Minister, were stamps issued for Cyrenaica (and Tripolitania, too) to be use concurrently with Libya’s already existing Italian colonial stamps? They must have played some part in Il Duce’s fantasy of making Italy great again by reassembling the Roman Empire. His delusions turned atrocious as he crushed resistance to Italian rule in Cyrenaica, with many thousands killed or left to die in concentration camps. Cyrenaica’s stamps, lovely as they are, have blood stains.

And bloody expensive, too, some are. I would not have them except for their turning up in feeder albums. Michael Atkins provides an excellent historical summary in his Dead Country Stamps and Banknotes blog (http://www.dcstamps.com/?p=6943).

Jim's Observations
Many of the 1923-31 Cyrenaician issues are overprinted Italian stamps, albeit in different colors than the Italian originals. Of Big Blue's coverage, almost all (90 stamps) are less expensive "unused". Prices generally for Cyrenaician stamps are a bit high; usually ranging in the $1+-$10 category. This might explain why I have only 36 Cyrenaician stamps at the moment in the "virtual" BB. 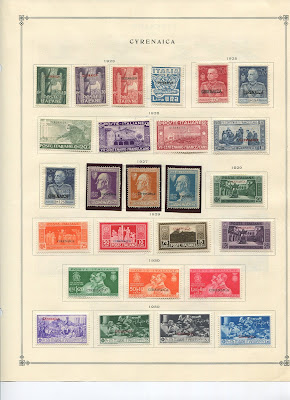 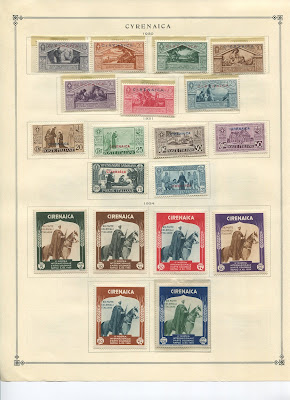 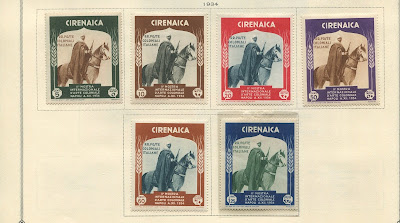 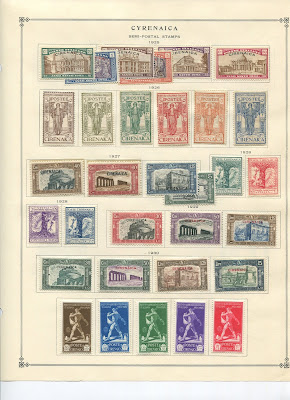 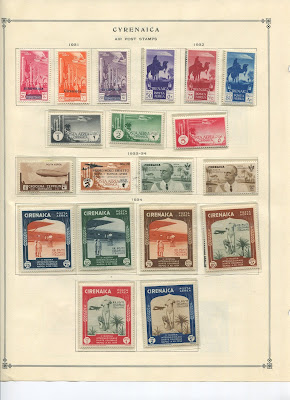 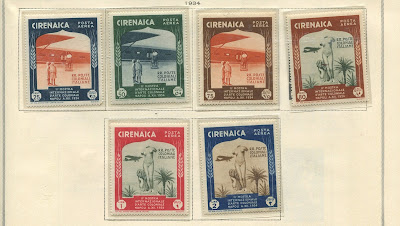 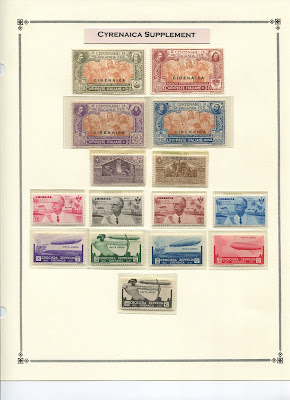 Note: Photo of Mussolini appears to be in the public domain.