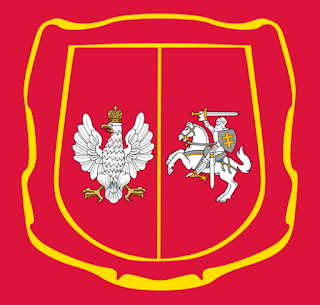 Uses for stamps often go beyond postage. They can assert sovereignty, much in the same as fielding an Olympics team does. Stamps also propagandize. “Please notice,” Central Lithuania’s stamps seem to shout. “We’re here! And we like Poland!” True enough, at least for some of the residents.

BB did notice, although most nations didn’t.

Following WWI, CL was caught in territorial strife between Lithuania and Poland and, more or less, sided with Poland. Matters were, of course, more complicated than that, but CL’s first stamps are inscribed “Poczta” and bear the Polish eagle.

But in 1922 CL was conjoined to Poland, the result of heavily boycotted and contested election. Two years after it began, therefore, CL’s postal authority ended.

BB’s 1969 edition provides CL only half the spaces found in its predecessors. Separate spaces for perfs and imperfs are eliminated. So, if I have them, I place the perf variety in BB honored slots and exile the imperfs to the supplement page.

Jim's Observations
Central Lithuania, with the Capital Vilnius, was located east of Lithuania and north of Poland. Originally a Grand Duchy of Lithuania, the territory came under Russian rule by the end of the 18th Century.

After WWI, Lithuania claimed the territory, but the Polish army under General Zeligowski occupied the land from 1920-22. During this time, the stamp issues were produced, and the General appears on Scott 26, 57, & 58. Subsequently, the territory became part of Poland. 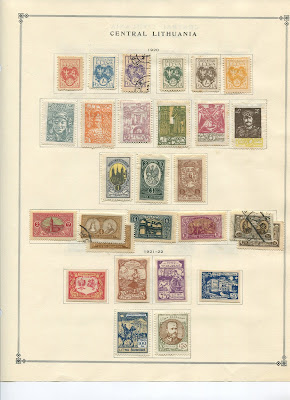 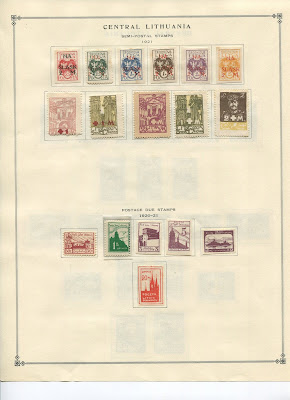 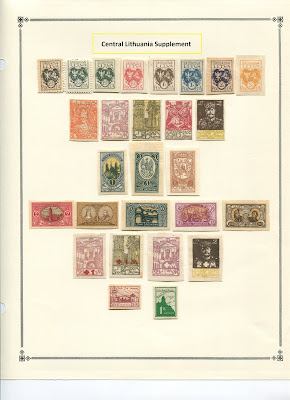